Shunting of vessels of the lower extremities: indications, consequences

Vessel diseases occur in both women and men. More often pathologies affect people of middle and old age. Less often vascular diseases are observed in young people. In some cases, such pathologies are congenital. Typical localization of the lesions of the vascular system are coronary, cerebral arteries, rectal and lower extremity veins. Nevertheless, with systemic vasculitis, the process can be spread throughout the body. One of the frequent reasons for contacting a surgeon is varicose veins. This pathology often occurs in women. Typical symptoms are: tortuosity of the veins, their expansion, protrusion. Another disease of the vessels is atherosclerosis. It leads to blockage of arteries and impaired blood flow. In advanced cases, both pathologies are performed by shunting the vessels of the lower extremities. It is a surgical operation, thanks to which the blood flow is completely restored. 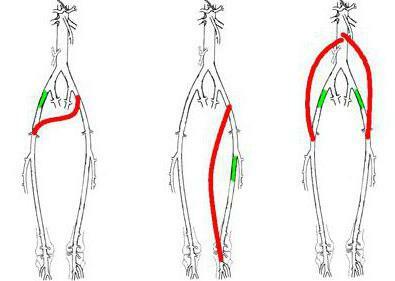 What is the purpose of shunting the vessels of the legs?

An induced measure for diseases of the veins and arteries is the shunting of the vessels of the lower extremities. Treatment at the initial stages is carried out conservatively. Patients suffering from atherosclerotic lesion are prescribed lipid-lowering drugs( medicines "Atorvastatin", "Fenofibrate"), diet. In varicose veins, it is recommended to wear special elastic underwear, sclerotherapy. Shunting of the vessels of the lower extremities is performed with a pronounced obstruction of the artery or vein lumen, a high risk of thrombosis and development of gangrene. This procedure is a surgical intervention, it must be performed by an angio-surgeon. Shunting is the replacement of the vessel site by the implant. As a result, the blood supply is restored, and the risk of thrombosis is significantly reduced. The shunt can be made from artificial materials or the patient's own tissues. Often an adjacent vessel of the lower extremities is used as an implant. The choice of material depends on the diameter of the damaged artery or vein, as well as the characteristics of the pathology. 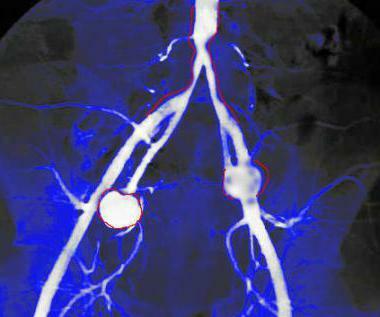 Surgery for shunting vessels of the lower limbs is performed in a specialized or surgical department of the hospital. It refers to complicated procedures, therefore it should be carried out only on strict indications. Vascular bypass should be resorted to if more than 50% of the diameter of the artery or vein is obturated. Before deciding on surgery, doctors prescribe conservative treatment. Surgical intervention is performed in the absence of the effect of the therapy. The following indications for shunting vessels of the lower extremities are distinguished:

In some cases, the lower extremity vessels are shunted with the gangrene of the toes or feet. The prognosis for this surgical intervention is not always favorable and depends on the area of ​​necrosis and the individual characteristics of the organism. In some cases, the operation leads to the healing of gangrene or a decrease in the size of the affected focus. In what situations is bypass surgery contraindicated?

Despite the effectiveness of vascular shunting, it is worth remembering that such an operation is very serious. Therefore, it is performed only in cases when other methods of treatment do not help. There are a number of contraindications to shunting. Among them:

Shunting of the vessels of the lower extremities can not be carried out with infectious diseases, skin lesions, decompensation of diabetes mellitus. In these cases, the operation is performed after stabilization of the patient's condition. 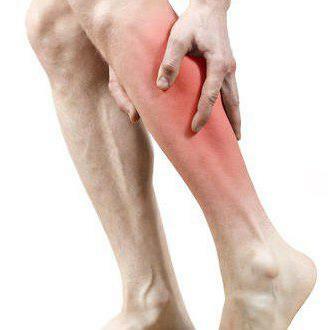 Most commonly, the arteries are bypassed. This is due to the fact that similar pathologies are more common. In addition, with the defeat of the veins, other methods of treatment are recommended. Among them - balloon angioplasty and stenting. As a shunt for the restoration of arterial blood flow, use a subcutaneous vein of the thigh. With a large area of ​​damage or unsatisfactory state of the vessels, synthetic implants are used. There are several methods of conducting the operation. Among them:

Preparing the patient for a shunt operation for vessels

Preparing for bypass involves a number of diagnostic procedures, as well as the use of medications. Before the operation it is necessary to undergo a laboratory examination: OAK, OAM, biochemical blood test, coagulogram. Dopplerography of the vessels of the lower extremities, ECG, and Echocardi is also performed. To avoid thrombosis during surgery, a week before her appoint medications for liquefaction of blood. These include medicines "Aspirin cardio", "Magnikor".Antibiotics and anti-inflammatory drugs are also prescribed. In the evening, on the eve of the operation, you must stop taking water and food. 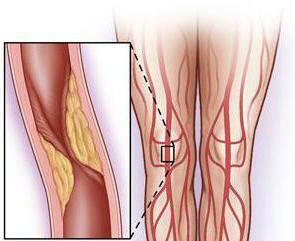 Technique of shunting the vessels of the lower extremities

Shunting of the vessels of the lower limbs is a complex operation, for which high professionalism of the surgeon is required. Manipulation is performed under general anesthesia. The incision of the skin and underlying tissues is performed in 2 places - above and below the affected area of ​​the artery. The vessel is clamped to prevent bleeding. After evaluation of the affected area, an incision is made on the vessel and a shunt is fixed on one side. Then the vascular flap is fixed between the muscles and tendons. Thus, the shunt is gradually brought to the place of the second incision( above the lesion) and fixes its end. After this, the surgeon assesses the blood flow. When a successful operation artery begins to pulsate. In some cases, instrumental methods of examination are performed. The final stage of surgical intervention is the suturing of deep tissues and skin. 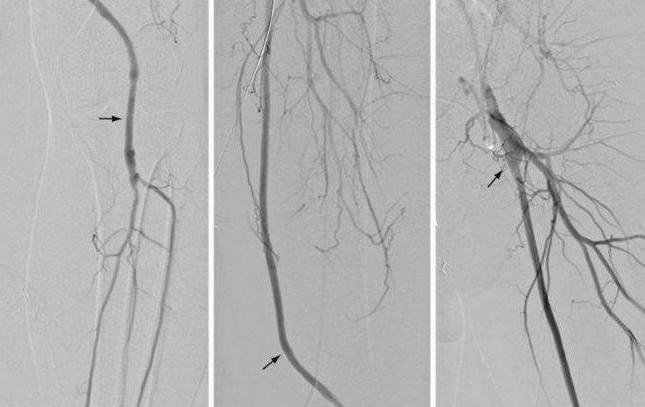 How is the postoperative period?

Very important is the in-patient follow-up of the patient who underwent surgery. Especially if this manipulation is shunting the vessels of the lower extremities. Postoperative period with successful treatment is about 2 weeks. On the 7-10th day the surgeon removes the stitches. While the patient is in the hospital, it is necessary to perform diagnostic procedures to assess the effectiveness of treatment. In addition, the doctor must be convinced of the absence of postoperative complications. Already in the first days after the operation it is recommended to get up on your feet. In the sitting and lying position, the lower limbs must be fixed in a raised state.

Recommendations in the recovery period

After shunting the vessels of the lower limbs, you need to monitor the blood flow. For this purpose, the patient should undergo periodic examination( ultrasound and dopplerography).Also recommended:

Shunting of the vessels of the lower extremities: patients' reviews 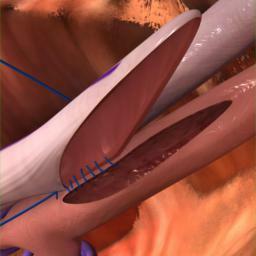 The responses of patients who underwent surgery were mostly positive. Patients report a decrease in pain syndrome, numbness in the legs. Nevertheless, in a number of cases, people complain of the resumption of symptoms after a while. This is due to the defeat of neighboring arteries and veins. It is worth remembering that shunting is not a treatment for atherosclerosis, and the cause of the vascular lesion does not disappear after the operation. Therefore, in order to avoid thrombosis and development of gangrene, it is important to follow preventive measures.

Complications of surgery include thrombus formation in the shunt, development of acute heart failure, pulmonary embolism. In the recovery period, it is possible to suppuration of the wound in the area of ​​the sutures and bleeding from it. Despite the fact that the operation is considered difficult and long( up to 3 hours), complications are rare. The frequency of their development is about 2%.