The real gem of Russia is the Altai Territory. Sanatoria are not in vain located in the unique natural places with which the Altai is so rich. In fact, only in recent years people have realized that the main wealth of the region is its nature. There is everything: forests, green hills, mountains and numerous lakes. Due to the peculiarities of the region, it is possible to relax here not only in summer, but also in winter, when elevations turn into ski resorts. Often, resorts of the Altai Territory are located exactly in such areas, so that vacationers can combine health courses with sports. 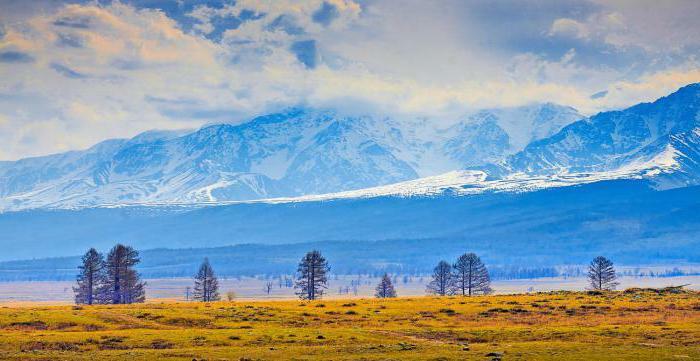 One of the most famous institutions in the region is the sanatorium "Russia".Altai Territory and the institution itself offer tourists to stop not only for the purpose of recovery, but also just to relax, see new places and go skiing. A huge building is ready to welcome tourists throughout the year.

It should be noted that the sanatorium offers a lot of entertainment for its guests. So, when ordering any room, there are visits to the pool, a wellness center and a children's room work in the institution. In the complex, vacationers can also find a sauna, ice rink, ski runs, billiards and bowling. Moreover, there are constantly held recreational activities for both children and adults, and discos. With such diversity, the guests will not be bored for sure, especially if you add medical procedures here.

By the way, now every year more than 100 thousand tourists visit the Altai Territory. Sanatoriums( the prices for them vary according to the season) are hospitably received by holidaymakers.

Accommodation in a double room will cost guests from 2600 rubles per person, and a single room will cost from 3800 rubles per day. It is very convenient that the period of stay can be determined independently, because not everyone has the opportunity to spend in a sanatorium relying 2 weeks.

Sanatorium "Russia" offers treatment with healing waters, as well as SPA and the latest developments in the field of healing and healing.

Many options for recreation are provided by the Altai Territory, sanatoriums here can be found for every taste and purse. Sanatorium "Belokurikha" - one of the most famous in the region, he appeared here among the first.

The institution specializes in the treatment of diseases of the nervous, cardiovascular, endocrine and digestive systems, and also helps people with diseases of the skin, bone and muscle tissues.

The Altai region is famous for its mineral waters. Sanatoriums, including "Belokurikha", base their treatment primarily on them, prescribing mud cure, mineral baths and drinking water to patients. The institution is equipped with modern devices that allow for complex impact on the body.

Note that guests are offered a rich cultural and entertainment program that will help not be bored during treatment. So, here there is a cinema hall and a concert hall where you can listen to music. The sanatorium offers excursions to the natural-sports complex "Siberian Compound".Moreover, on its territory there is not only a swimming pool, but an entire water park.

Prices for holidays in the institution vary from 3850 rubles per day per person, the cost of the tour starts from 53 900 rubles. Not only from the resort "Belokurikha" is the Altai Territory. Sanatoriums are located throughout the region."Pine Forest", as the name suggests, offers rest and wellness to the guests in the territory of coniferous forests. It is located on the banks of the picturesque Cheremshanka River.

The sanatorium offers treatment courses for people with diseases of the musculoskeletal system, vascular, nervous and respiratory systems. As the treatment is used a lot of ways and adaptations, the whole health resort offers more than 40 different methods.

As an entertainment, guests are offered a gym, sauna, steam bath, football fields, karaoke and disco, as well as a river and an artificial lake.

Prices for treatment start at 2260 rubles per day per person. The cost of the tour also includes a full 4-meals a day. This institution is located in pine forests, far from the noise of the city, but you will not be bored here. To go through a course of treatment in a sanatorium will be useful to everyone who has problems with respiratory, cardiovascular, genitourinary, endocrine, nervous systems, as well as treating skin diseases and problems with bone tissues. Doctors offer special treatment courses for children and help with occupational diseases. A whole range of baths and procedures is offered, including the use of modern appliances.

To ensure that the guests of the sanatorium are not bored, there are many services offered, including various sports, a cinema and concert hall, where events, children's programs, and summer outdoor pools are held.

Prices for treatment in a sanatorium start from 3150 rubles per day, the cost depends on the room you choose. The institution provides both seasonal and holiday discounts, as well as for certain categories of citizens. 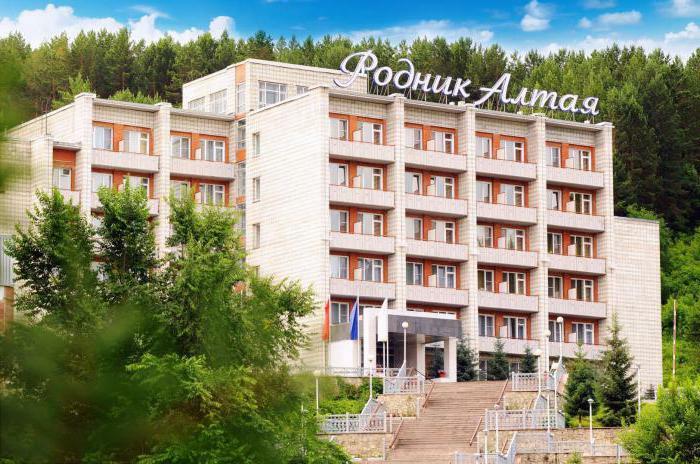 The best rest in the sanatorium

Altai region reviews leave the most positive, like tourists from other regions. However, some vacationers sometimes have a complaint.

In general, the rest in the resorts of the Altai Territory( "Russia" or any other) is completely enjoyed by the guests, especially the food. About service and treatment are also written a lot of flattering words. Of course, there are also complaints, for example noisy neighbors or compliance with formalities.

Sanatorium "Belokurikha" leaves ambiguous emotions among the guests. So, some are completely satisfied with everything from services to treatment, and other visitors note a lack of repair, a small area in the rooms and poor quality of cleaning.

Reviews about the sanatorium "Pine Forest" are also versatile. Someone left the rest in full delight and thanks the staff, while others have a lot of complaints. The sanatorium is not designed for children, there is no children's room.

"Altai Spring" as a whole leaves a pleasant impression of itself, however some visitors notice shortcomings in the work of the institution team.