There are many fears that prevent people from enjoying a full life. Among them, one can distinguish acrophobia, which makes it impossible to stay at a height, even insignificant.

This term is used to describe the maximum panic sensations that occur when a person ascends to a height. 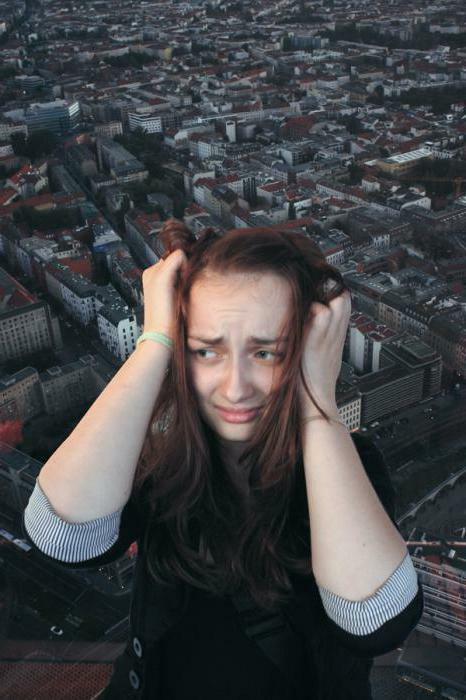 Therefore acrophobia is a fear of heights, and even harmless to life. Those for whom such conditions are relevant, are unable to rationally explain their emotions. In some cases, panic attacks are noticed even when the possibility of falling from a high point is potentially impossible( the presence of high barriers, etc.).Sometimes attacks of acrophobia are provoked by dreams in which a person sees himself at a high altitude.

Despite the fact that acrophobia is a fairly common problem( it affects about 10% of the world's total population), the reasons for this state are partly unknown.

Earlier it was suggested that such fear is due to a trauma or weak vestibular apparatus obtained during the fall. But based on the results of recent studies, experts came to the following conclusion: in the overwhelming majority of cases, acrophobia - fear of height, brought to a state of panic - is an inherent quality due to the genetic factor. Thus, the vestibular apparatus does not exert any influence on the emotional state. 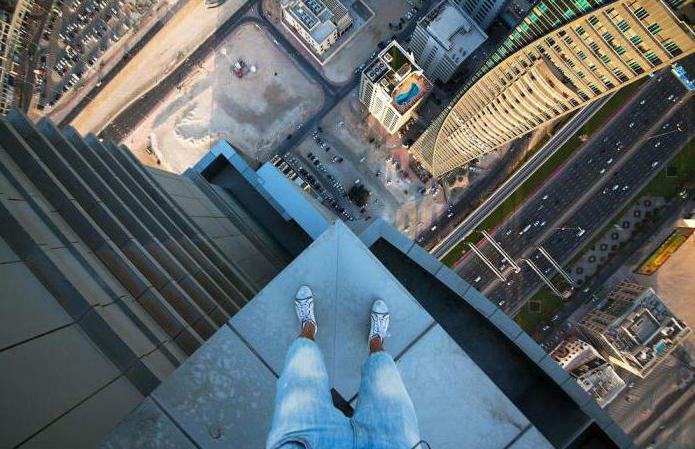 Psychiatrists also argue that this phobia is peculiar to people with a rich and at the same time negative imagination.

Despite the fact that acrophobia is a fear of height, which seems to be quite simple in its manifestation, its signs can be divided into two types: somatic and psychological. Depending on how severe this pathology is in a particular person, the severity of the signs can vary significantly.

If you pay attention to the symptoms of a psychological type, then they can include the impulses of uncontrolled panic in the process of ascent to a high point. In severe cases, panic attacks can make themselves felt even with the thought of climbing alone. In this state, a person is no longer able to concentrate and control his behavior. He can refuse to move on or sit down on the floor and close his face with his hands, trying to isolate his consciousness from the threat. 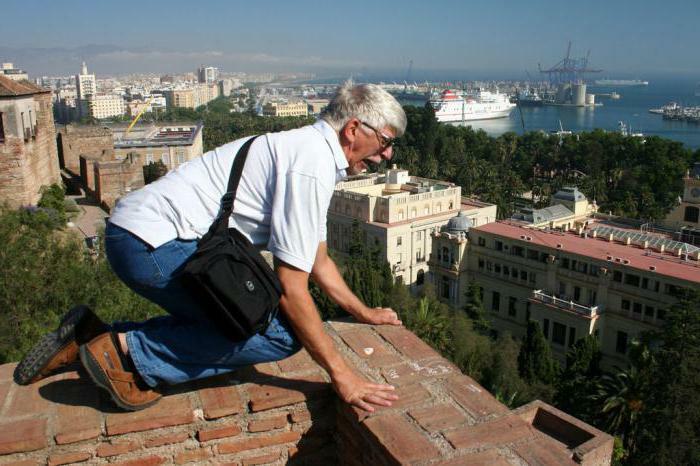 There are enough bright somatic symptoms, through which fear is expressed. Acrophobia can lead to pallor of the skin, rapid heartbeat, dilated pupils, sweating and tremor of the extremities. Such signs are a consequence of the release of stress hormones. In addition, in case of panic related to height fear, increased motor activity and hypertension of muscles can be observed. They express themselves through chaotic movements, which can be explained as an attempt to protect themselves from the apparent danger of falling.

Thus, acrophobia is a pathology for which it is worth applying to a highly qualified psychiatrist or psychologist, but only after an accurate diagnosis is made.

What conditions can accompany the fear of altitude

In certain situations, the fear of being on a hill or really high point can have several kinds of manifestations that are characterized by certain differences. It's not just about acrophobia, but also about such states as aerophobia, illingophobia, batophobia and climacticophobia. 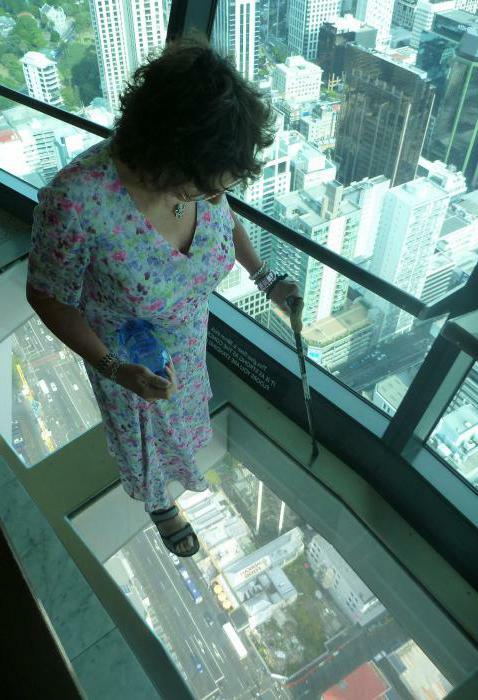 It should be understood that acrophobia is not just a fear of losing balance and falling, but a pathology. The natural emotion of fear of the risk of falling from a great height is peculiar to any person - this is a manifestation of the instinct of self-preservation. The pathology leads to panic even in the case when there is no real danger.

This condition often accompanies fear of heights and manifests itself through fear of flight. People with this pathology experience the greatest stress during flights in an airplane. In combination with acrophobia, such a state makes it difficult to live on high floors and even travel on a train on the upper shelf. In other words, some ordinary everyday situations can become a real problem.

People with such panic attacks can be difficult to deal with even repairing, because they will experience fear of working on the ladder.

As for batophobia, in this case we are talking about fear of a sharp drop in depth and height. Such people are unable to calmly climb any slopes, nor just look at them.

It is worth noting the fact that not all of those who have difficulties with fear of heights suffer from bacterophobia. But everyone who has a phobia before the drops of depth, is also afraid of the height.

In the case of orphophobia, fear has a more complex structure. The person starts to be afraid, that at that moment when it will appear at height, at it the head will be dizzy. As a result, there are symptoms, very similar to the signs of a classic fear of heights. With this pathology, a professional examination is necessary, which can exclude brain diseases. 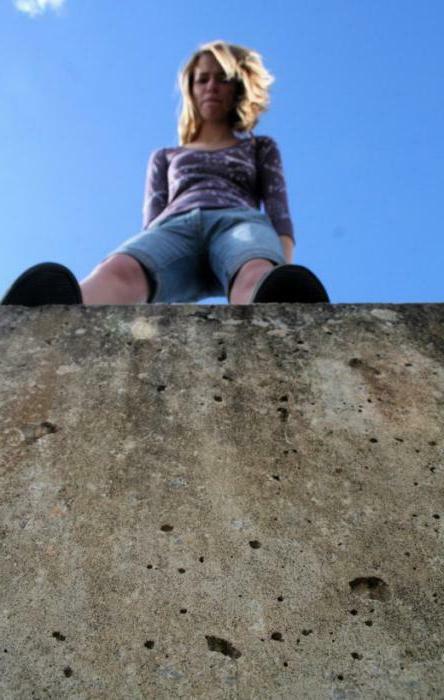 Regarding climacticophobia, it should be noted that fear in this case is extremely specific: a person is very afraid to climb the stairs. In some cases, such a state may be supplemented with signs of bacterophobia.

First of all it is important to know that such a pathology is being treated. But alone to overcome panic fear( severe form) is almost impossible. Therefore, medical assistance is inevitable.

At the same time, if you turn to a really qualified specialist, and even on time, the therapy will take relatively little time. Often, to overcome acrophobia, a cognitive-behavioral technique is used. Its essence boils down to the fact that the doctor helps the patient to take a fresh look at the essence of his fears and gradually learn to control his own condition. 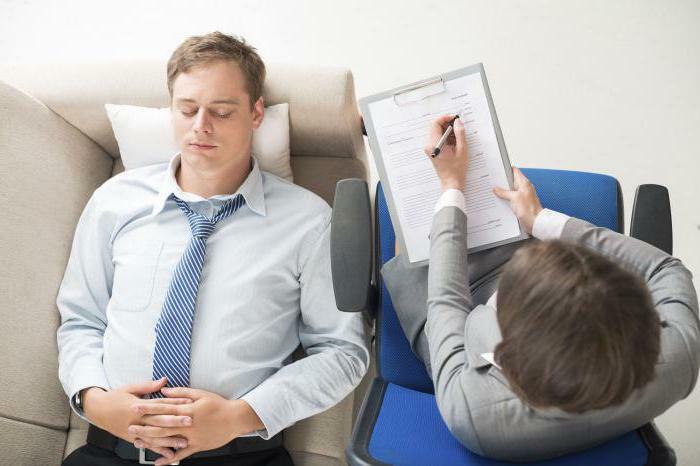 The impact on phobia is not limited to one technique, there are various ways to master self-control and to suppress panic. The main thing in this situation is to realize from the very beginning that it is possible to defeat fears that seemed insurmountable.

How to act independently on the insignificant fear of altitude

If there are no symptoms of severe acrophobia, then fear can be overcome by yourself. To achieve this, proven methods will help:

1. If you had to be at the height and you begin to feel fear, you need to focus on a specific subject located nearby. All attention should be directed to it. This will help to get distracted from the idea of ​​height and calm down.

2. It makes sense to try a gradual addiction to height. To do this, it is necessary to rise higher, overcoming insignificant distances.

3. Visualization. The essence of this method is that a person closes his eyes and presents himself in a place where he already experienced a flood of fear. In your imagination you need to stand for a while, then tell yourself that there is no danger, and there is nothing to be afraid of. Do not hope that everything will work out the first time, but if the exercise is repeated constantly, the result will not be long in coming.

Diseases such as social phobia, acrophobia, amaxophobia, apiphobia, are built on the manifestation of panic and uncontrollable fear under the influence of certain factors. Therefore, those who have similar problems and intend to overcome them, you need to tune in to a thorough work on themselves under the guidance of an experienced doctor.