Muscular spinal atrophy manifests itself in early childhood. The first symptoms may occur as early as 2-4 months of age. This is a hereditary disease that is characterized by the fact that nerve cells are gradually dying in the brain stem. 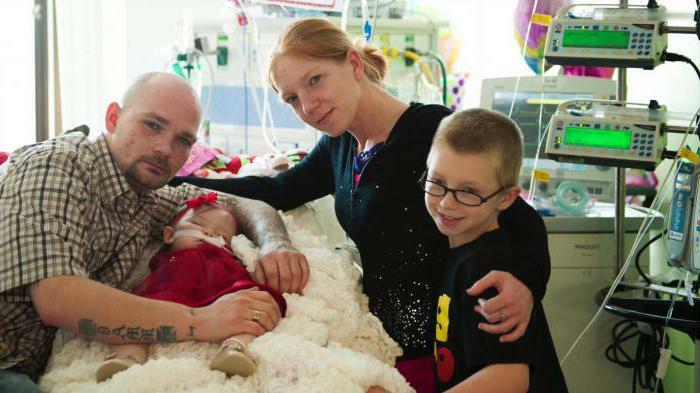 Depending on when the first symptoms appear, the severity of the course and the nature of atrophic changes distinguish several types of the disease.

Spinal muscular atrophy can develop according to:

Three species of the same disease occur, according to experts, due to different mutations of the same gene. Muscle spinal atrophy is an autoimmune disease that occurs when two recessive genes are inherited, one from each parent. The mutation site is in the 5 chromosome. It is present for every 40 people. The gene is responsible for the encoding of the protein, which ensures the existence of motoneurons in the spinal cord. If this process is violated, the neurons die.

It is possible to suspect the presence of a problem even during pregnancy. If the child develops spinal muscular atrophy of type 1, then often sluggish and later fetal movement during pregnancy. After birth, doctors can diagnose generalized hypotension of the muscles. 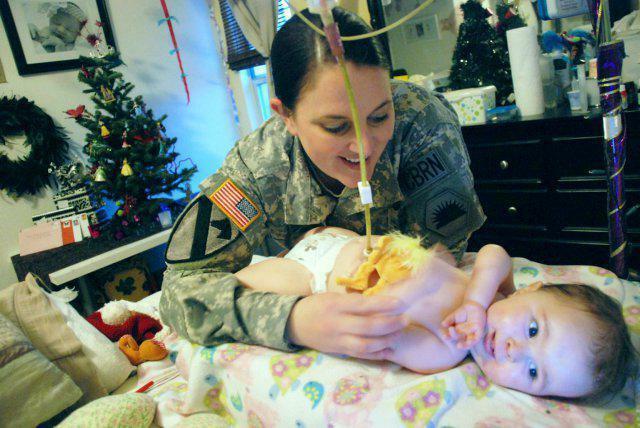 Atrophy begins to manifest itself in the first months of life. Often in the proximal parts, fascicle twitches of the muscles of the back, trunk, extremities are noted. There are also bulbar disorders. These include sluggish sucking, a weak cry, a violation of the swallowing process. Children with Verdin-Hoffman's disease often notice a decrease in emetic, cough, pharyngeal, palatine reflexes. They are also noted for the fibrillation of lingual muscles.

But these are not all the signs by which spinal muscular atrophy can be determined. Symptoms characteristic of type 1 of this disease include weakness of the intercostal muscles. In this case, the baby's chest looks flattened.

In the first months of life, these children often suffer from respiratory infections, pneumonia and frequent aspiration.

To determine the disease, it is possible to examine a child. There are a number of clinical signs on which specialists can determine that the baby has hereditary spinal muscular atrophy. Diagnosis includes:

- biochemical blood test( it will show a slight increase in aldolase and creatine phosphokinase);

- electromyographic examination( the damage to the anterior horns of the spinal cord will indicate the rhythm of the fence);

is a histological examination of skeletal muscles( clusters of round small fibers are detected).

Microscopy of the spinal cord( its anterior horns) shows that there are degenerative changes in the motor nuclei of the cranial nerves. There is a spherical swelling and / or wrinkling of motor cells, microglial or astrocytic proliferation, chromatolysis. These phenomena are accompanied by the appearance of dense glial fibers.

Prognosis for type I atrophy 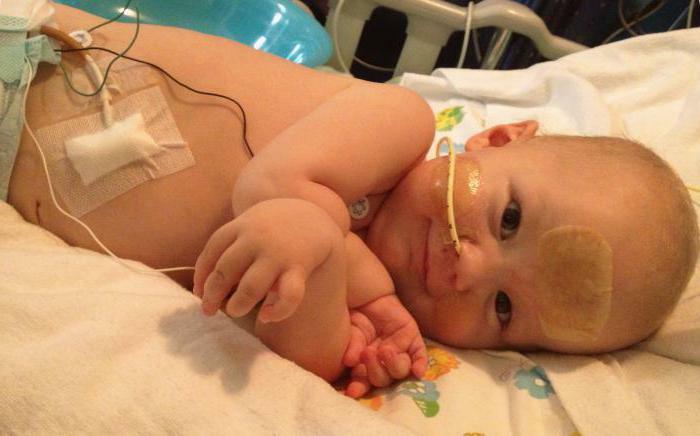 Depending on the severity of the lesion, Verdin-Hoffmann's disease can begin to appear already in the first days after birth. Specialists even on the position of the child can assume that he has spinal muscular atrophy. Photos of these kids are similar: they lie in the frog's pose. The extremities in the hip and shoulder joints are diverted, and in the elbow and knee joints are bent.

The proximally located muscles of the lower limbs are the first to suffer. The process of defeat is along the ascending line. When the disease progresses, the muscles of the larynx and pharynx are affected. It happens that the disease manifests itself somewhat later. But the boundary is the age of 6 months. Children can even start lifting their heads and turning over, but they never sit down.

Most babies die from cardiac, respiratory failure or previous infections in the first year of life. More than 70% of children die before 2 years. Up to 5 years of age, about 10% of these children live.

In some cases, other scenarios are possible. Spinal muscular atrophy of type 2 appears somewhat later. Usually the first signs are observed at the age of 8-14 months. For such children, generalized muscle weakness and hypotension are characteristic.

The disease is indicated by thinned fingers, appearing fascicle tremor in the muscles of the proximal parts of the extremities, at the fingertips. These kids have a period of normal development. They at the right age begin to hold their heads, sit down. But there is no question of independent walking.

Children can normally suck and swallow, in the early infantile years the respiratory function is not impaired. But over time, muscle weakness begins to progress. In an older age, there are violations of swallowing, there is a nasal tone of voice. One of the most common complications in patients with a significant life span is scoliosis.

Despite the fact that in the first months the child can develop normally, the situation worsens over time. By the age of two, the tendon reflexes of the limbs disappear in children. In parallel, the intercostal muscles become weaker. As a result, the thorax is flattened, there is a delay in motor development.

Only 25% of children who have been diagnosed with spinal muscular atrophy can themselves sit or stand with support. The late stages of the disease are characterized by the appearance of kyphoscoliosis. Many children die between the ages of 1 and 4.The most common causes of death are pneumonia or respiratory muscle damage.

At the diagnosis of muscular spinal atrophy it is necessary to conduct differential diagnosis with congenital or structural myopathies, atonic-astatic type of cerebral palsy.

More than 70% of patients live more than two years. The average life expectancy of such children is about 10-12 years. 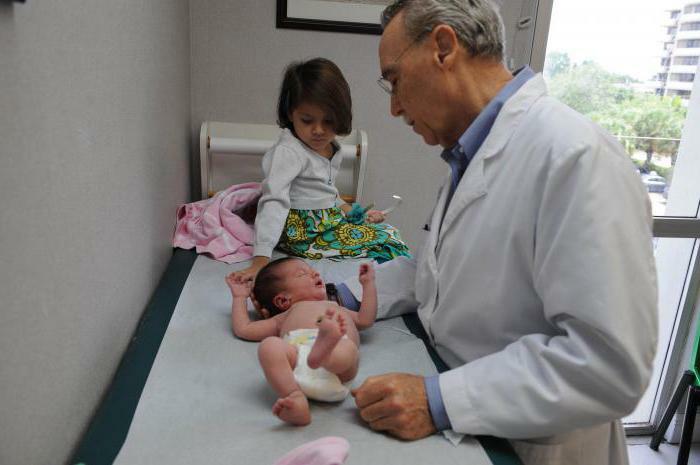 The most favorable prognosis in those patients in whom type III muscular spinal atrophy was diagnosed. It can occur between the ages of up to 20 years. Most often, the first manifestations are recorded at the age of 2-7 years. The proximal muscles of the pelvis suffer first.

Patients have difficulty walking, running, getting up from squatting and needing to climb stairs. It is worth remembering that the clinical manifestations of this disease in this form are similar to Becker's progressive dystrophy.

Proximal arms and shoulder girdle are affected only a few years after the first manifestations of the disease. Over time, the thorax deforms, there is a fascicular tremor of the hands and an uncontrolled contraction of different muscle groups. At the same time tendon reflexes decrease and bone deformations begin to progress. The chest, feet, ankles change, the scoliosis of the spine appears.

Kugelberg-Welander disease is a spinal muscular atrophy of adults. Disease for many years complicates the life of patients, but does not lead to their severe disability. It progresses slowly enough. Therefore, most people with this diagnosis live to adulthood.

Before starting treatment it is important to conduct differential diagnosis with various muscular dystrophies, type 5 glycogenosis and structural myopathies. There is a method by which it is possible to determine spinal atrophy. This is a direct DNA diagnosis. It is necessary, because the clinical manifestations of Kugelberg-Welander disease can change.

Approximately 50% of patients lose their ability to walk from 12 years old. In this case, muscle weakness with age only progresses. There is hypermobility and joint contractures, there is an increased risk of fractures. 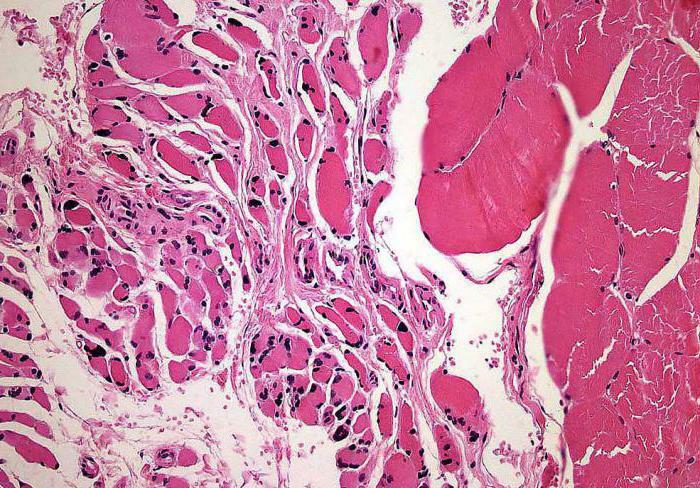 As a rule, Verdin-Hoffman's disease is diagnosed in the first months of life. If a child has no movement from birth, then he does not live to the age of one month.

Weakness and contraction of the muscles in infancy, tremors of the hands and delayed motor development, should alert both doctors and parents. Such children do not stand on their feet. Only a quarter of all patients can stand with support. Kids are chained to a wheelchair.

But the most difficult to determine Kugelberg-Welander disease. After a quarter of patients expressed is hypertrophy of the muscles. Therefore, they can erroneously be diagnosed with muscular dystrophy, rather than spinal muscular atrophy. The causes of this disease were established in 1995, when it was possible to identify the mutating gene SMN.Almost all patients have a homozygous deletion of SMN7, characterized by the loss of two telomeric copies of the gene and intact centromeric copies.

Tactics of treatment of 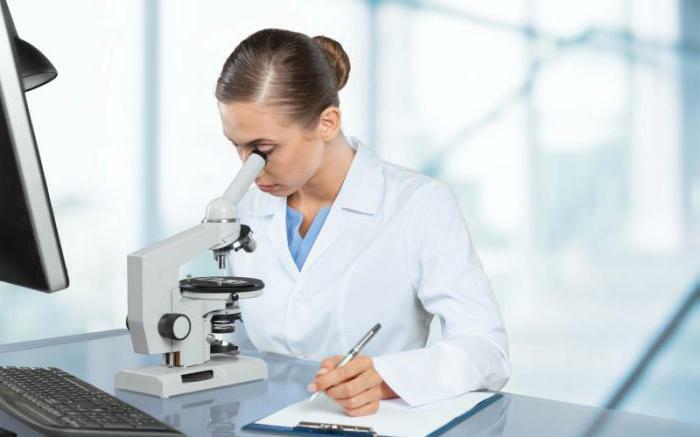 Unfortunately, muscular spinal atrophy is an autoimmune disease, the development of which can not be prevented. The situation is complicated by the fact that there is no specific treatment.

In some cases, doctors are only able to slightly ease the condition of patients with the help of physiotherapy. Improve their quality of life allows special orthopedic adaptations.

Special attention should be paid to the nutrition of such patients. Often prescribe drugs that can improve metabolism. But this is not all that can be done if spinal muscular atrophy has been confirmed. Treatment consists in the appointment of gymnastics. Physical stress for such patients is important. They are necessary in order to improve the functioning of muscles and increase their mass. However, the load should be calculated by a doctor. In this case, physical education will have a beneficial effect on the whole organism. Its general strengthening effect will be obvious. Appointed may be therapeutic or hygienic morning exercises, exercises in water or simply restorative massage.