Maffucci Syndrome is a serious disease that belongs to congenital pathologies and is not inherited. It is accompanied by changes in bone and cartilaginous tissues, the patient has irregular growths on the skin. Neoplasms have a nodular form and cause deformity of the limbs. The most often diagnosed pathology in the male part of the population. The Maffucci syndrome and the disease are similar to each other, so differential diagnosis is carried out. When was the disease first diagnosed?

This syndrome is diagnosed in childhood, progresses gradually, is accompanied by severe symptoms and delivers considerable discomfort to a small patient. With the development of pathology, the patient begins to complain about the deterioration of overall well-being. For the first time the violation was revealed by the doctor A. Muffucci in 1881, in honor of which the syndrome was named. He found voluminous formations on the limbs of a mature woman who completely restricted her in movements.

Also, with this disease, the deformity of the skeleton is necessarily revealed, which can easily be seen on X-ray images. They also attended a woman. All external signs of deviation were removed by surgical intervention. As a result of the operation, an infection was introduced, which provoked a fatal outcome of the patient. 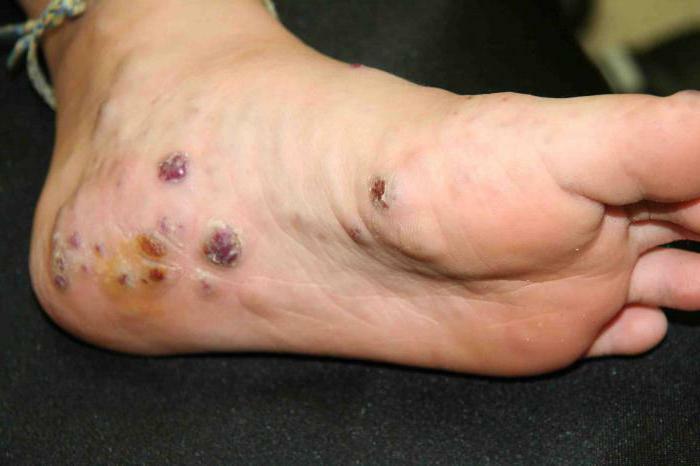 Maffucci Syndrome: frequency of occurrence? This pathology is rarely diagnosed. With such a violation, a patient with properly selected therapy can live up to 40 years, but it is worth understanding that the disease will give him considerable discomfort and pain.

What is Maffucci Syndrome?

The disease is accompanied by multiple changes that occur not only externally, but also internally. Identify all deviations only after a thorough examination. It is almost impossible to diagnose pathology independently.

Tumors of cutaneous and vascular type are often observed in the patient at an early stage of the disease. They can grow rapidly in size, change their structure, shape, color. Often accompanied by pain.

Reasons for the occurrence of

So. Maffucci Syndrome arises for reasons unknown to science. Scientists are of the opinion that this serious violation belongs to the genetic type and is considered a developmental defect. As mentioned earlier, the disease is diagnosed at an early age and can accompany the patient for many decades, complicating his life. With this pathology, the patient becomes disabled, because he is not only able to do something about the house, but even to serve himself.

The disorder actively progresses as the person grows, after which the condition gradually stabilizes, but the appearance is already completely modified. If the therapy is carried out in a timely manner, it is possible to reduce the sufferings of the patient and improve his appearance. Diagnosis of the syndrome is possible only in a hospital and with the help of modern research methods. At the first suspicions it is necessary to immediately apply for qualified help and not postpone the visit, as this can only aggravate the situation even more.

This syndrome is accompanied by severe external symptoms, as well as internal changes. Education can be diagnosed as in all areas, and in certain places. Angiomas with this disease resemble caves, occur together with skin lesions or earlier. When their size increases, and they become quite a lot, the patient begins to complain of pain and considerable discomfort. 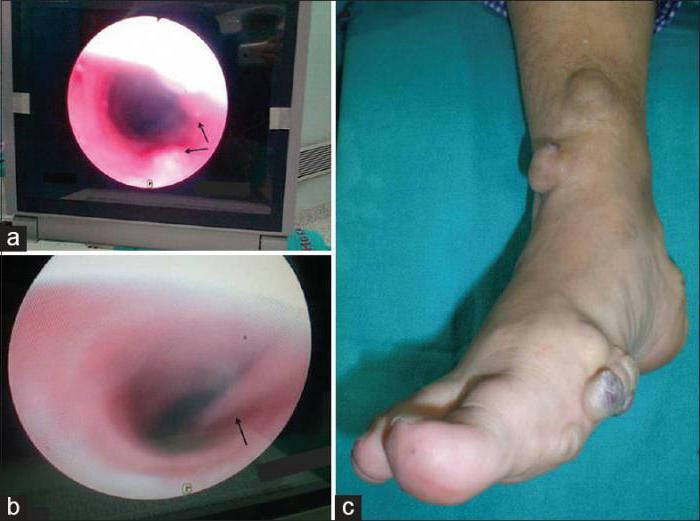 In medicine, there were cases when, in the Maffucci syndrome, not only the skin but also the internal organs were affected. Also, the pathology manifests itself and such signs as:

The patient can also be diagnosed with other rare signs of pathology: vitiligo, atrophy of one of the cerebral hemispheres, the formation of a large number of pigmented moles. Different sizes and locations.

To identify any internal disorders in Miffucci syndrome, it is recommended to perform an X-ray examination of the desired whole body. Much attention in this situation is given to those areas where there is a protrusion of the tissues, changes and shortening of the limbs. X-ray symptomatology consists of signs of chondrodysplasia of varying severity. 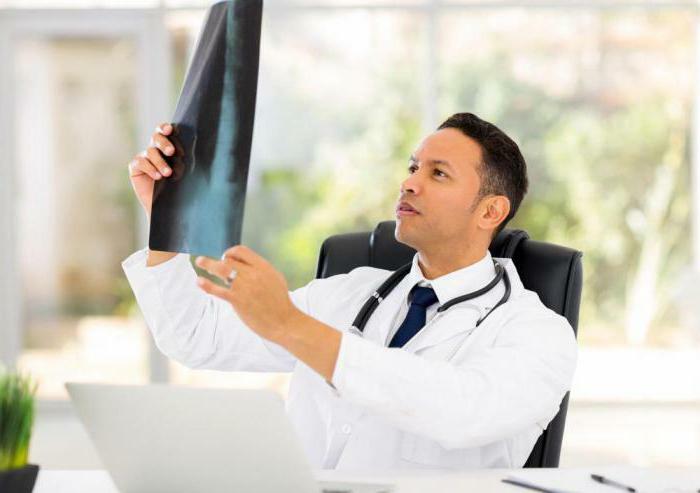 In the pictures, a specialist may note asymmetric lesion, which is characterized by thickening of truncated and deformed bones tubular type. At the same time, eccentric enlightenments are noticeable. Such a violation is very often diagnosed in the pelvic region, on the shoulder blades, in the ribs. As the child grows, tubular bones are observed, where there are thickenings and curvatures, enlightenments of a rounded shape, there may be enchondromas.

Also in the Muffucci Syndrome, an X-ray photo can show various shades of phlebolites with a diameter of no more than 0.4 cm. They are easy to see. They are homogeneous and have a clear outline.

For this syndrome, the patient is recommended orthopedic treatment. If there is a change in the bone tissue of the lower extremities, it is advised to wear special shoes. In the case when the patient suffers from significant tumor formations, which are caused by the growth of the cartilaginous tissue, especially on the fingers of the upper and lower extremities, it is necessary to perform exochlearing, resection of the focus.

If the disease progresses strongly and narrowing of the limbs is already observed, a distraction is carried out at the level of the cartilaginous tissue. In this situation, special equipment is required. To perform the procedure, a specialist needs certain skills, knowledge and experience. 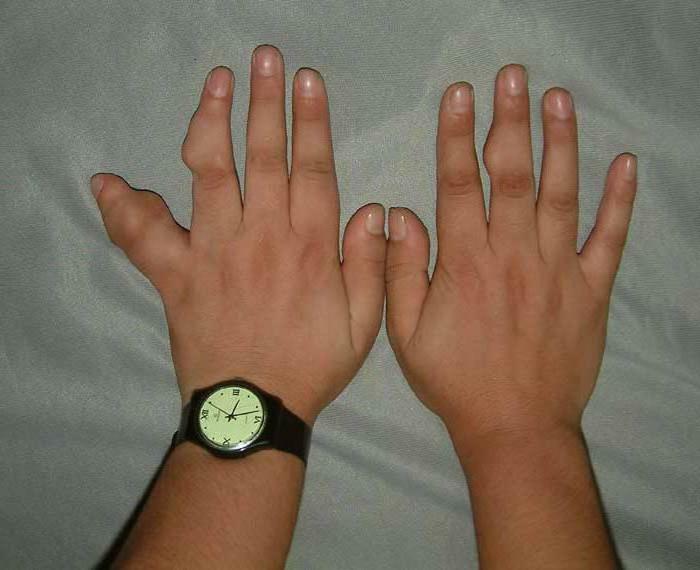 With valgus and varus curvatures of the lower extremities in Muffucci syndrome, the treatment is based on the lengthening of the bone tissue of the damaged areas. If the patient is diagnosed with a lesion of the skin with hemangiomas and nevi in ​​this disease, surgical intervention, diathermocoagulation or cryodestruction is performed.

The prognosis for this syndrome is favorable in most cases. Especially, with timely diagnosis and therapy. But, it happens, the disease can provoke the development of malignant formations, such as chondrosarcoma or angiosarcoma.

The pathology itself is considered complex and leads to disability. The patient is not able to move independently and perform elementary actions. Also, hemangiomas can provoke significant bleeding, both external and internal. Tumors can be in the area of ​​the esophagus, larynx. In such a situation, removal of the formations must be carried out in order to relieve the patient of considerable discomfort.

If you control the growth of cartilaginous tissue, this leads to the fact that the patient has an unreasonable fracture, the body and limbs become asymmetric. But, the syndrome represents a greater danger only in the event of the onset of cellular degeneration and the formation of a sarcoma.

Can disease be prevented?

Since physicians still do not precisely determine the causes of this pathology, it is impossible to prevent the syndrome. Also, there are no preventive measures, because the disease has genetic grounds. In any case, if the patient is diagnosed with a disorder, it is necessary to constantly be under the supervision of specialists, to conduct timely examinations and treatment.

Syndrome is considered a mysterious disease, from which they have not yet found the vaccine, but scientists are striving for this. Be sure to take into account that the pathology refers to the congenital, which manifest themselves at an early age. It is impossible to prevent the disease itself, but it is possible to improve the appearance, which changes due to deformation processes, with the help of orthopedic and surgical methods. Thus, it is possible to facilitate the life of the patient and significantly improve his general condition. Correctly to select treatment it is possible only after careful inspection. And it's worth considering.