Until recently, tuberculosis was considered quite a serious indication for abortion or artificial delivery. However, thanks to the appearance of new methods of treatment and diagnostics, it is possible to save the fetus and support the mother's health. A woman must necessarily be registered with a pulmonologist or another suitable specialist. 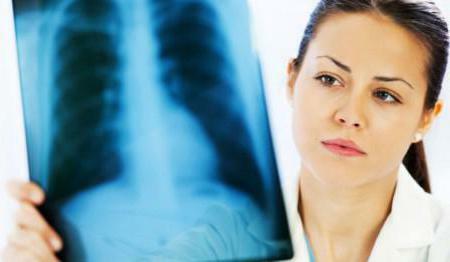 A comprehensive examination is an obligatory procedure for expectant mothers, because it reveals diseases that later become dangerous for the baby. The general condition of a woman is assessed through a blood test, and a fluorographic examination of her relatives and her husband will help determine if a woman in labor is at risk for developing a pulmonary disease or not. Such measures are primarily aimed at preventing tuberculosis. This is a very dangerous disease that can happen to any person, regardless of his social status and kind of activity. Many are carriers of the disease and do not know about it, since even a blood test does not reveal it. Infection often occurs for years in a dormant state and is activated when the immunity decreases.

Pregnant physiologically reduced all protective functions, and they are more susceptible to viruses.

It should be remembered that pregnancy with pulmonary tuberculosis is a dangerous condition, as against this background serious complications and pathologies begin, and miscarriage can occur. The risk of transmission of the disease to the child from the mother is minimal, but it is completely impossible to exclude it.

There are certain criteria for dividing this disease:

At a time when tuberculosis was detected in the early days of a prospective mother, the obstetrician-gynecologist and the phthisiatrician should take care of the maternity leave.

It is believed that if the disease is localized in the chest, the risk to the fetus will be minimal, unlike the extrapulmonary form. Most often this pregnancy ends in premature birth, the children appear weak and get a minimum score on the Apgar scale. 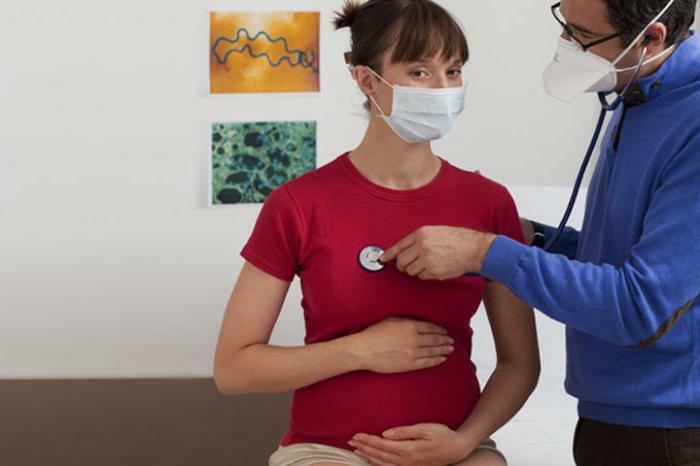 If the disease affects a patient in the 1st trimester, then this process has virtually no clinical indicators. The painful condition is explained by toxicosis, which is considered the main reason for untimely diagnosis.
The most common pathology is manifested as:

- impairment of appetite;
is an extensive weakness;
- reduction in body weight.

Tuberculosis in pregnancy, the symptoms of which occur in the 2nd trimester without any significant changes, are quite dangerous, since infiltrative and destructive processes are already beginning to spread in the body.

At the time of gestation, the endocrine system is accompanied by a reorganization of functioning.

- the immune and hematopoietic system.

The body receives a significant load, due primarily to the presence in it of fetal metabolism products. As a result, the number of risk factors often increases. Because of this, the development of the disease is possible due to the primary infection with microorganisms.

Most often, tuberculosis during pregnancy affects in the 1st trimester, although they can get sick at any time. In the risk group are women in the first 6 months after childbirth. During this period, active lactation begins and the child continues to receive from the mother all the necessary components for its growth, so the body does not cease to be weakened. 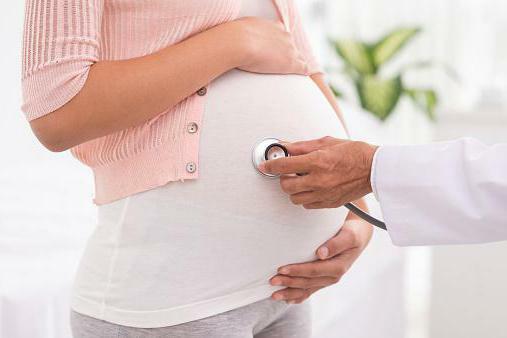 Tuberculosis and pregnancy require the participation of several doctors. If the girl has noticed at herself suspicious signs it is necessary to address to the gynecologist by all means. He will ask questions, through which you can assume the presence of the disease.

1. Is there a toxicosis?

2. How long have problems with the respiratory tract?

3. Have you had the flu and SARS in recent months?

4. Has the state of health deteriorated or not?

If the attending physician has suspected a malaise, then the patient begins to be engaged in by the phthisiatrician, pulmonologist, otorhinolaryngologist and surgeon. Women with tuberculosis often have healthy children, since intrauterine lesions are rare. Breastfeeding is allowed only for those patients who have an inactive form of the disease. 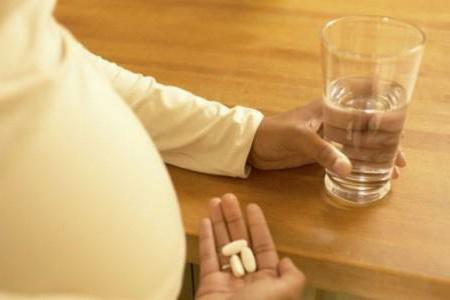 According to statistics, if there is a tuberculosis process, then in the body of a future mother there is an increase in the incidence of anemia. And also the disease leads to late and early gestosis and the outflow of amniotic fluid. At the same time, 46% of women giving birth have no complications with pulmonary tuberculosis. Preterm labor occurs only in 6% of cases. Postpartum picture in these women is favorable.

X-ray examinations, as well as fluorography, are very undesirable at the time of pregnancy. But in some cases, doctors can still appoint such procedures. An experienced doctor will necessarily ask a woman about possible contacts with patients and about previous illnesses, since pregnancy after tuberculosis and at the time of it can be fraught with negative consequences. If the doctor has reason to assume the presence of this disease, then mandatory mandatory X-ray examination, regardless of the period. At this stage, this will be considered justified risk, since belated diagnosis leads to an aggravation of the situation and to irreversible results. At the time of inspection, special protective equipment is used to protect the fetus from the effects of radiation.

When analyzing the blood, it is almost impossible to suspect the presence of an ailment, as an increased level of leukocytes, ESR and decreased hemoglobin are completely characteristic for pregnant women, as well as for this disease.

Recognition of such ailment is problematic due to erased symptoms, often it is diagnosed only before discharge from the hospital. Pregnancy in tuberculosis of the lymph nodes is dangerous, as this disease is difficult to detect and can often be confused with other viruses, such as mononucleosis.

In case of detection, immediate therapy with anti-microbacterial drugs is required. Immediately there is a question about their impact on the child, as tuberculosis and pregnancy are two completely versatile concepts. Among all the permissible components teratogenic properties are owned by Streptomycin. Dangerous that can cause hearing loss in the baby. Therefore, it is contraindicated for expectant mothers.

Other drugs even penetrate the placenta, but do not have such an effect on the fetus.

Treatment of tuberculosis during pregnancy is often carried out with drugs:

These drugs are considered the safest for women who are going to have a baby, they are tested by famous world laboratories. Together with them, vitamin B6 is often prescribed, as it perfectly complements the therapeutic effect.

The doctor will draw the necessary chart according to all the drug instructions and requirements. It should be understood that a disease that is not treated is much more dangerous for the child and mother than the synthetic components. Of course, tuberculosis and pregnancy - it's always difficult, so at the time of wearing a woman must be under constant supervision of an obstetrician-gynecologist and phthisiatrist. All additional medicines should be administered with caution.

Most often, patients who were diagnosed with this condition are hospitalized on a routine basis three times during the entire period. 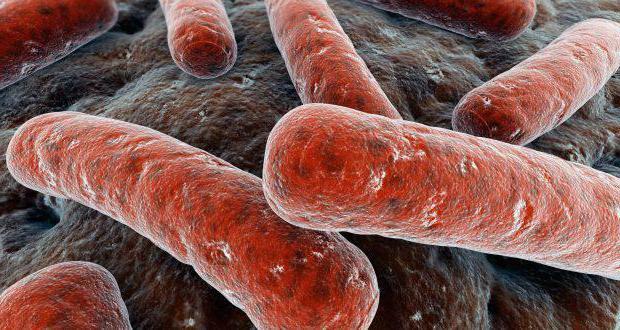 Pregnancy after pulmonary tuberculosis and at the time of this disease is not dangerous for the baby in the womb. It is believed that the placental barrier itself is impenetrable for microorganisms, so infection often occurs at the time of delivery. There are exceptions, when a child is born with already injured organs. The mother, who has an active form of the disease, takes the baby and isolates it until the moment of full recovery.

To date, retention of pregnancy is possible in a large number of women infected with tuberculosis, if systematically treated and observed by specialists. Timely recognition and passage of all therapeutic procedures allows to save the child in patients with limited fibro-focal formations, freshly revealed small-focal processes, as well as hematogenically disseminated pulmonary tuberculosis.

But all the same interruption is shown:

- with spine disease in active form with the appearance of cavity;
- trauma of the pelvis with the formation of a fistula or abscess;
- fibrous-cavernous pulmonary tuberculosis, which arose as a result of any form of disease;
- with infection of the knee, hip and ankle joints.

In the presence of indications for abortion, this process should be carried out at an early stage( up to 12 weeks).Abortion in the subsequent period is inexpedient, since it often contributes to the progression and aggravation of the disease. 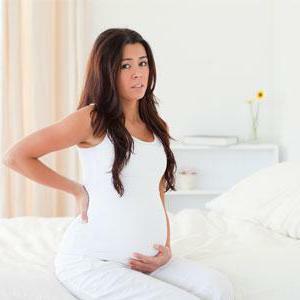 Women who have an active form are much harder to give birth than healthy ones. At the time of intoxication, there are often weak attempts and large blood loss. The process itself takes less time. With this disease, the baby comes out naturally. Use of forceps and caesarean section is recommended only for medical reasons. The appearance of a baby must take place in a special maternity hospital. If this does not exist in the city, then the hospital staff should be informed in advance of the arrival of such a patient. A woman always wears a face mask so as not to spread the virus.

At the time of the appearance of the baby, it is required to perform respiratory gymnastics. But doctors often use antispasmodic and pain medications.
If the treatment was provided to the patient in a timely manner and she was under constant supervision of specialists, the threats to her life and the baby at the time of the birth process are minimized.

Pregnancy after treatment of tuberculosis

Every woman who has suffered such a disease and plans to have a baby should pay special attention to her health. The disease itself is a serious obstacle to successful bearing, as there is a huge probability of intrauterine development of vices. Therefore it is very important to visit a phthisiatrician and gynecologist and get a consultation from them, before conceiving a child. Planning can be done not earlier than two years after the course of treatment. This is because the body must recover and gain strength. If you do not follow the doctor's recommendations, the ailment often comes back when the fetus is born, as immunity decreases. In case of revealing obvious symptoms it is recommended to undergo a fluorography.

Pregnancy after pulmonary tuberculosis is possible and often ends in a positive outcome, but each case is unique, and therapeutic measures are taken by therapists individually.

With the most positive scenario after complete cure of the disease, the birth of the baby proceeds without complications and the consequences of the former illness do not affect the health and well-being of the child. That is why it is necessary to pass all tests and a full examination in a timely manner.

Early diagnosis and timely treatment start provides a favorable outcome for fetal development and further delivery. Most often, the children of a sick mother are born healthy, the exception is infection due to pathological problems with the placenta, and also at the time of the attempts themselves. Often, infection occurs after the birth process from a mother who has tuberculosis during pregnancy. The consequences are not very favorable, but, according to experts, we should not excommunicate the child from the mother. Exceptions are cases in which the most severe and hopeless types of ailment are transferred by a woman. If the birthing is not observed bacilli, the child is vaccinated with BCG and breastfeeding is allowed. After discharge from the hospital, the mother with the newly-made member of the society should be under constant supervision of the women's and children's consultation and tuberculosis dispensary.