If all the teeth hurt at once: what can it be?

Toothache is considered to be one of the most intolerable or difficult to bear by a person. For example, even if only one tooth hurts, it causes multiple inconveniences. In this case, it is very difficult to concentrate on work, it is impossible to give due attention to relatives or friends. But it happens so when all the teeth hurt at once. What can it be, what are the reasons for this, and how can you cope with these problems - this will be discussed further. 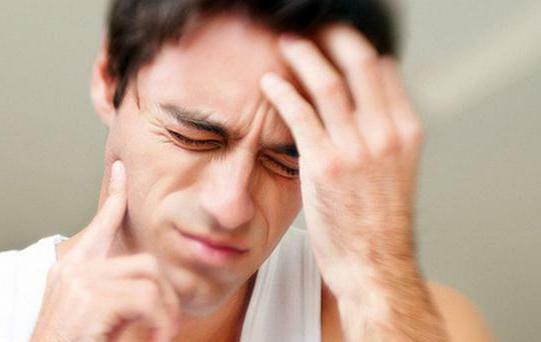 A little about the causes of pain

If to speak in general, then the causes of toothache there are many. Most often this refers to the problems of dentistry, less often - neuralgia or other diseases. However, we must immediately take into account the fact that the problem in question is pain in all teeth right away. It is necessary to begin the study with dental reasons. And to accurately determine the diagnosis, a person will have to go to a dental clinic. What can a doctor say to a patient? 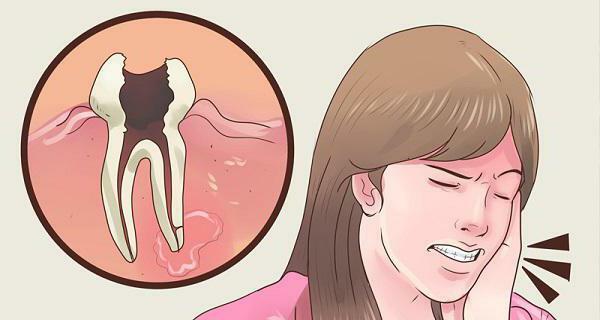 The most common cause is caries

If a person is wondering why all the teeth hurt at once, you need to go to the dentist. Especially this applies to those people who do not regularly visit this doctor. After all, the most common cause of problems with teeth is caries. Many here will be surprised: can not this disease affect all teeth at once? All, of course, not, but many - probably. If cavities appear in the oral cavity, it can soften a fairly hard shell of the tooth, making it friable and vulnerable. When, as a result of the action of the disease, not only the shell of the tooth is destroyed, but already the dentin, that's where unpleasant and very tangible pains appear. Most often a person reacts negatively to cold or hot food, to various stimuli, whether sweet or salty. In this case, it should be noted that with the first symptoms you must immediately go to the doctor. After all, if the problem drags on, a nervous dental tissue, called pulp, may suffer.

For caries pulpitis can come

If a person's teeth hurt all at once, the reasons for this may be hiding in a problem such as pulpitis. What is it? To understand the problem, you need to understand that the pulp is a soft tooth tissue that is permeated with nerve fibers. Precisely because there are so many nerve cells in the pulp, the pain with this disease is the strongest and most unpleasant. The reason for the development of pulpitis - this is often a run caries. However, since this is an inflammatory process, it can be caused by other causes. The main thing in this problem is that even if only one tooth is hit, everyone can get sick. All the fault is the nerve fibers, which are very sensitive. It is important to note here that if you can not cope with pulpitis in time, an even more dangerous and serious disease, which is called periodontitis, can arise.

Periodontitis is the cause of severe dental pain

When a patient aching all his teeth at once, "what is this" is the first question that a person asks a doctor. And all because I really want to know the cause of a persistent discomfort. If the pain is felt in all teeth, this may be caused by periodontitis. It occurs when the pulp completely dies, and the infection enters the periodontal region. In this case, there are severe tooth pains in the entire jaw, which, by the way, can "give" to the face area. A person feels discomfort during chewing food or while acting on a sick tooth. It should also be noted that with this problem, pus can also be released from the area of ​​the aching tooth, sometimes the temperature rises.

The cause may be pericoronite

Sometimes people wonder why all the teeth hurt at once on one side. This can happen in the case of pericoronite. This problem arises most often in the event that the eruption of the eighth molar occurs, in other words - the wisdom tooth. The reason for this is the "hood" formed from the gum. It is under him often get particles of food, which when cleaning toothpaste is difficult to remove from there. As a result, inflammation can occur, which causes pain. And often it happens that the patient feels uncomfortable on the entire side of the jaw, in all teeth. It becomes hard to open your mouth, chew food and even talk. There may also be purulent discharge and an increase in body temperature. 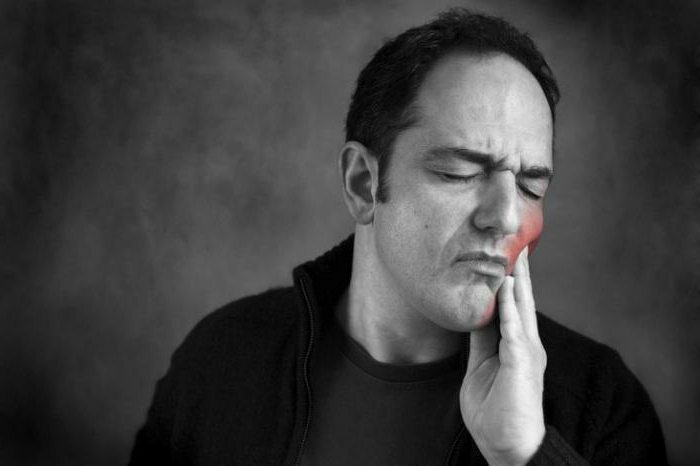 It should be noted that the root of the cyst can be the cause of the pains of all the teeth. And let it arise only in one tooth and at first does not make itself felt at all( it can be detected on the x-ray), but later it can destroy not only one affected tooth, but all neighboring ones. Painful sensations in the cyst may increase during a cold, stress, lower immunity, or trauma to the tooth area. If the cyst disintegrates, neighboring teeth can not be destroyed, but also sometimes the blood becomes infected. And this is a more terrible and serious problem. 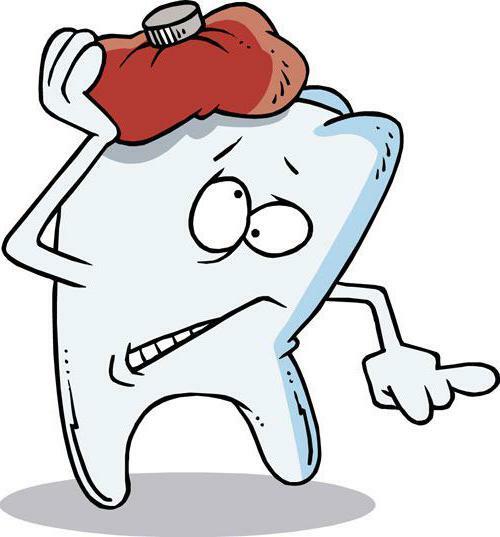 The problem may not be dental

If a person has several teeth at once, this can be not just a dental cause. It also happens that a similar problem is caused by the otitis media of the middle ear."And where are the teeth?" - a logical question arises. It's simple. In this case, the teeth will not hurt, the pain will be easy to "give" to this area. Otitis itself is an inflammation, in this case the middle ear, when fluid accumulation takes place in its cavity.

Sinusitis can cause pain in the teeth

When all the teeth hurt at once, what kind of problem is this - this is what you want to know about first. And, of course, the assumptions most often apply specifically to dentistry. But it often happens that the most common sinusitis can cause discomfort in the teeth. And all because stagnation of mucus in the maxillary sinuses occurs, which causes painful sensations. So, the head, eyes, bones and including a teeth can be ill. Why is that? It's simple, because the roots of the upper dentition are located very close to the maxillary sinuses. And in case of inflammation, pain can also spread to the teeth. 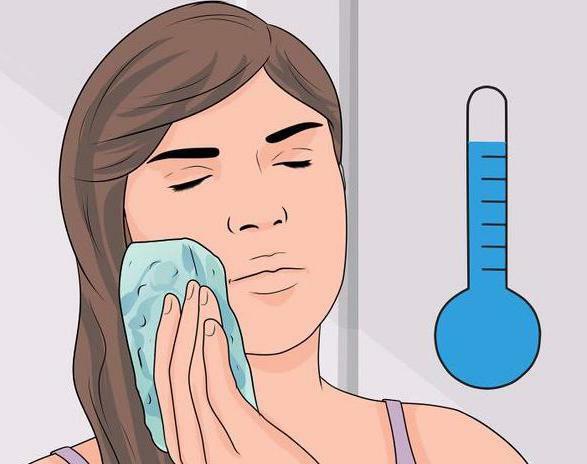 Neuralgia of the trigeminal nerve - another reason

If all the teeth hurt at once, what could be the problem? So, often in similar situations, doctors diagnose "inflammation of the trigeminal nerve."And all because in this case the pain from this disease is very similar to the tooth. In this case, a neurologist can diagnose. Painful same sensations will spread lightning fast into two halves of the face. Sharpen in the area of ​​the teeth in case of chewing food, oral hygiene and other reasons. Basically, it seems that all the teeth hurt at once.

There are also other problems that explain why all the teeth hurt at once. What to do in this case? Immediately go to see a doctor! 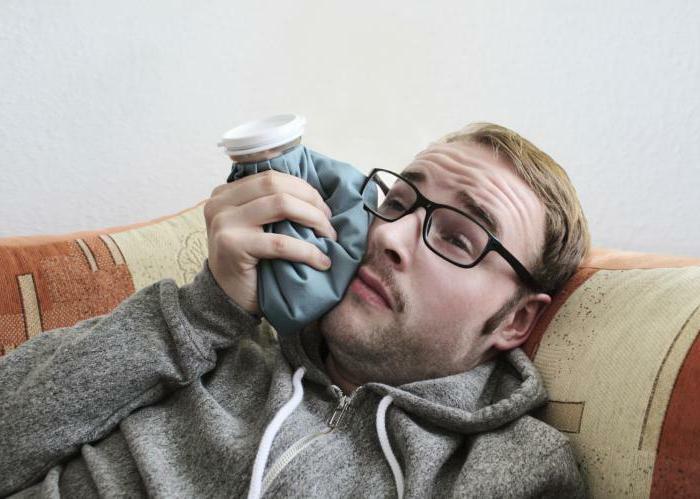 Well, at the very end, I want to tell you what to do if all the teeth hurt at once. The simplest and most effective option is to go to an appointment with a doctor who will diagnose and prescribe competent treatment. If there is no such possibility in the next day, you can try to stop pain with painkillers. For example, use tablets "Spazmalgon", "Dexalgin".And to fight with inflammation in the mouth, which can also cause pain in the teeth, you need to rinse your mouth with a decoction of chamomile and sage. But these are short-term measures, this must not be forgotten.