Aspen bark from parasites: how to take?

The theme of infection with worms in recent years has gained wide popularity. Someone argues that helminths and parasites are simply swarming in the human body. And some categorically deny cases of helminthiosis, arguing that this is characteristic only of children and animals. Unscrupulous sellers of dietary supplements and charlatans from medicine do their utmost to advertise their means and diagnose helminthiases with the help of a computer, and the Internet is full of articles about the dangers of worms and paid ways to deal with them. Of course, one can believe or not believe this information - this is a private matter for everyone. But if laboratory tests establish an official diagnosis of one of the numerous helminthiases, serious treatment will be required.

Folk remedies for the treatment of helminthiases. Aspen bark from

parasites The modern pharmacological industry offers a wide range of medicines for the treatment of worms. The main drawback of such drugs is high toxicity. A good alternative in this regard can be the funds offered by traditional medicine. So, the aspen bark from parasites has perfectly proven itself in the treatment of the most common helminthiases - opisthorchiasis and giardiasis. These parasitic infections affect the liver, small intestine, gallbladder and pancreatic ducts.

Helminthiases: what is the danger?

Glaive invasion, of course, does not lead to instant death. But, feeding on food, which is in the human intestine, parasites cause deficiency of many useful substances in the body. As a result, avitaminosis and iron deficiency anemia develop. Like all living organisms, helminths are characterized by the allocation of products of vital activity. They are the reason for the slow poisoning of the carrier's body. The person's ability to work decreases, general weakness, irritability, head and joint pains, inability to concentrate his attention for a long time, high lability of the psycho-emotional background. Pallor, lag in growth, lack or perversion of appetite, asthenia are characteristic signs of the disease helminthiasis in children. Very often in children against the background of helminthiasis there is an increased craving for sweet food. And its use further reduces appetite. 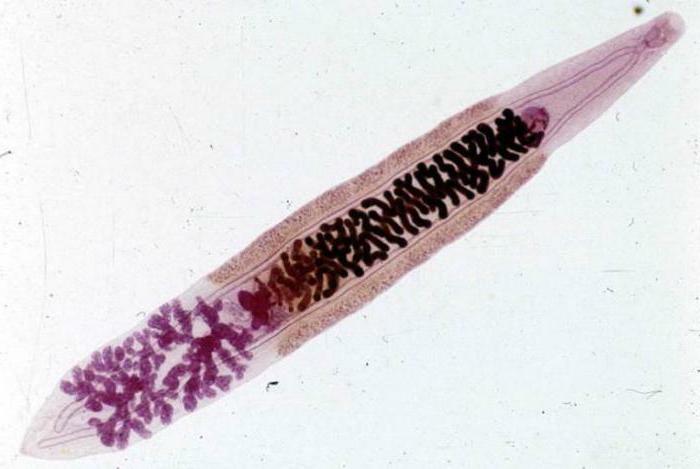 Toxins, affecting the digestive tract of a person, contribute to a decrease in the total secretion and acidity of gastric juice. The process of digestion of the contents of the stomach and intestine worsens, and the pathogenic microflora actively multiplies. Such patients often have constipation, bloating, colic. Helminthiases for pregnant women are especially dangerous. Since taking many medications during this period is contraindicated, treatment is difficult. Treatment of aspen bark from parasites, in view of the fact that this substance is completely natural, does not exert negative influence on the organism, it allows getting rid of helminths without causing harm to health.

Than the therapeutic effect of

The bark of aspen has established itself as a remedy for a long time. In the Russian villages, wells were made from aspen to fill with crystal clear water. The healing properties of this wonderful tree were enjoyed even by the heroes of the Slavic tales, it is also worth remembering about the stake from aspen for the destruction of all evil spirits. Today, scientific confirmation has been found.

Aspen bark is a potent antiseptic, the source of many useful trace elements that promote immunity. In its extract are organic acids and tannins, which have anti-inflammatory, choleretic, bactericidal properties. This substance is completely natural, unlike many medicines, it is nontoxic, it can be taken by long courses even for children. Aspen bark is rich in tannins and phenolglycosides, which disastrously affect adult worms, while their eggs and larvae are destroyed. In addition, glucosides, essential oils, tannins, bitterness, flavonoids contained in the aspen bark help reduce inflammation of the digestive tract and normalize all of its functions, disinfect, inhibit the process of putrefaction in the intestine. 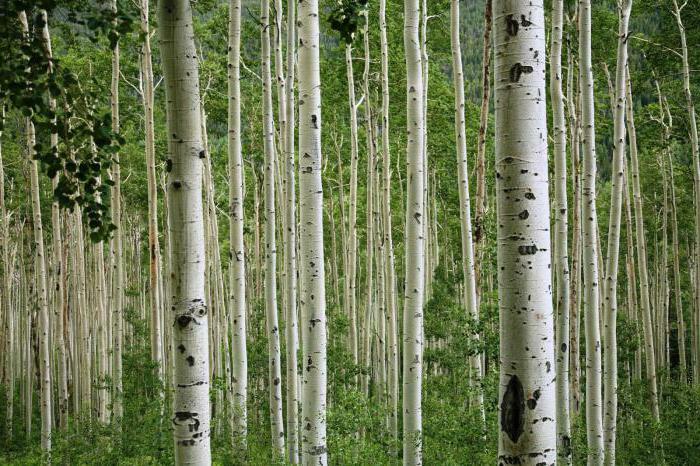 How to prepare bark of aspen at home

You can buy a ready-made collection in a pharmacy, and you can collect raw materials yourself. The average life expectancy of aspen is 60-80 years. Cut the bark from the trees that are more than 10 years old. Do it better with a sharp rounded knife. Making stocks of aspen bark is recommended at the very beginning of spring. It was at this time of year that she had the best healing properties. It is more convenient to remove layers of the bark from the top down with narrow strips. The most healing raw materials are on the north side of the trunk. After this, the collected bark is ground. A food processor or a blender is doing it perfectly. After that, the bark of aspen is dried again in a dark place. The most optimal place for storage - a bag or a paper bag. Raw material retains its properties under conditions of temperature difference in the environment. When the bark of aspen from parasites is prepared, you can proceed directly to treatment. Therapy is carried out in two different ways. 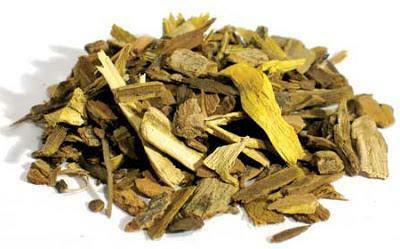 Aspen bark from parasites - prescription for

tincture Another advantage of treating herbal preparations is ease of use and preparation. Healing tincture, in which the main ingredient is the aspen bark, acts very effectively against parasites, but it is not worth taking it categorically to those who are not allowed to use alcohol.

50 grams of ground raw material is poured into 0.5 liters of vodka. Periodically, the dishes with tincture must be shaken - so you can strengthen the extractive properties of vodka. The composition is infused for 2-3 weeks in a dark cool place. After this period, the aspen bark is ready from the parasites. How to take the tincture? Use it should be on an empty stomach, three times a day, one teaspoonful. Duration of admission is 20-25 days.

After the course of treatment is completed, it is necessary to take tests. If the results of the tests confirm the presence of helminths, treatment can be repeated. The infusion can be used in combination with drug therapy for helminthiases. Storage of the finished product should not exceed 2-3 months. 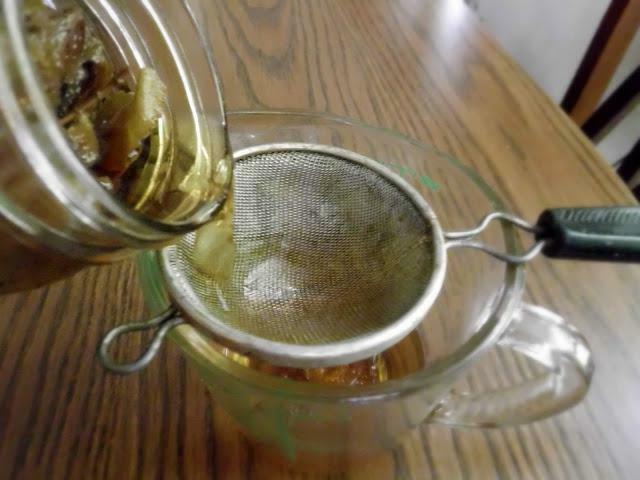 Sometimes the use of alcoholic infusions from the bark of aspen is undesirable. For example, if the treatment is necessary for the child. In this case, you can cook a decoction out of it.100 g of powdered raw material are poured into 1 liter of water. After this, the composition is brought to a boil. On a slow fire, the container holds for 10-15 minutes, and after that the ready-made broth is infused for at least three hours. How to drink bark of aspen from parasites in broth? A frequent fractional use of the drug is suggested - 5-6 times a day in the pharynx. The course of admission - at least 20 days. After a month's break, the treatment is repeated. Decoction from the bark of aspen can also be used in conjunction with drug therapy. You can store this medicine at room temperature no more than 1-2 days, and in the refrigerator - no more than 3-5 days. 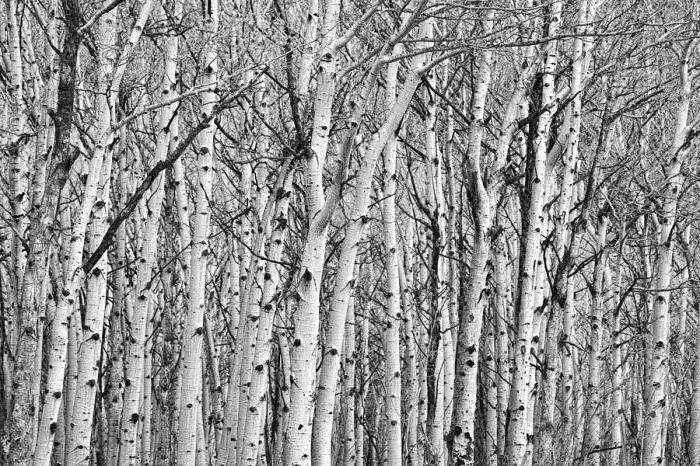 Contraindications to use and adverse reactions

As with any remedy, aspen cortex also has contraindications. Broths and tinctures are not recommended for pregnant women and children up to four years. The bark of aspen from parasites should not be used during lactation. In rare cases, there may be individual intolerance and allergic reactions: rash and itching. Sometimes there may be complaints of pain in the intestines, weakness, headaches.

Aspen bark on the guard of health

Reception of broth or tincture is used not only for the treatment of helminthiases. This is an excellent preventive tool - aspen bark. Which parasites help protect you? Giardia, a flat helminth of the genus Opistorchis, as well as their larvae and eggs, do not tolerate many of the substances contained in this herbal remedy. Some pharmacological companies have adopted the experience of traditional medicine and are already producing medicines, the main active ingredient of which is the bark of aspen. 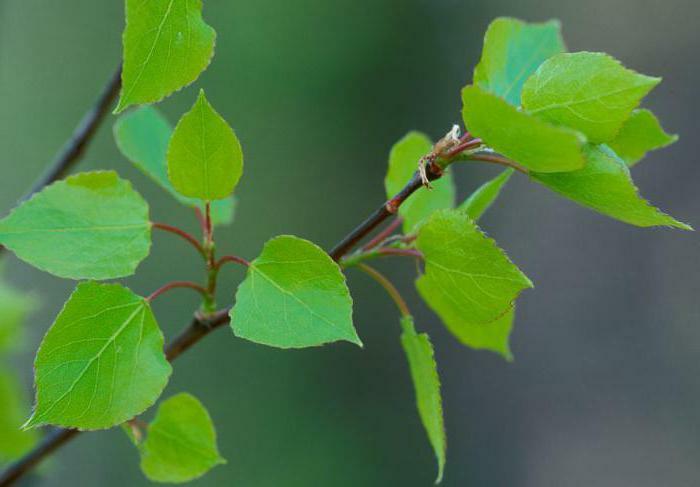 About treatment and its consequences

People who used such a tool as an aspen bark, from parasites, give positive feedback. They testify that it really helps to fight against opisthores and lamblia. Users who used decoctions and tinctures against helminthiases, not only note their effective effect on the disease itself, but also talk about overall improvement in well-being due to the normalization of the liver, intestine and gallbladder. At the same time, many patients note that they completely managed to get rid of helminths only after the repeated course of treatment. Doctors registered at the traditional folk medicine treatment forums argue that the treatment is well tolerated by children over the age of four. There are no side effects, improved biochemical parameters of bile, normalization of the gallbladder.

Of the adverse reactions, there is a slight rash, accompanied by skin itching, which disappears without additional medication after a few days after the end of the course.