What is meant by the diagnosis of a "trench stop" is not known to everyone. Most people do not even think that it's very easy to pick up ailment. It is enough to acquire the habit of walking in tight and wet shoes in cold weather.

A trench stop in medicine is called a special form of frostbite of the skin of the legs, which is a consequence of prolonged limb contents in a wet and wet environment. When an illness is detected, it is important to quickly dry out the feet and to heat them, and also to prevent them from being re-placed in a moist environment. Otherwise, the disease develops rapidly.

Wearing wet shoes during the cold season provokes a strong constriction of the vessels, and also prevents the skin covering of the feet from eating normally, which leads to a disruption in the functioning of the tissues.

The trench stop can first be picked up by those who have a long enough period to regularly rest their feet in a humid environment, and the limbs are periodically cooled. During the fighting, foot soldiers, being in trenches in wet boots, can pick up an ailment. Also, the trench stop is a disease of fishermen and travelers. 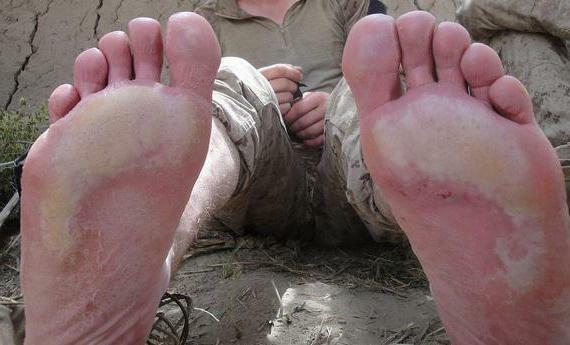 How to identify the disease - a description of the clinical picture

This disease is associated, first of all, with arteries and a violation of the normal running of blood in them. Cooling feet and their long stay in a humid environment is the first reason for the development of a traumatic illness. The first signs - very blurred, to recognize the severity of the disease is quite difficult at the initial stage. First, the pain of an incomprehensible nature felt in the legs appears, and the muscles noticeably weaken. It can be seen that the feet swelled. The color of the skin changes, cyanosis is acquired. At the very beginning of the disease, the skin of the foot slightly changes color and turns pale, it feels wet to the touch, cold emanates from it. The pulse is palpable, but it is weak and barely noticeable. With this injury, the course of the disease has a clear sequence. First, the nerves and muscle tissue react to cold and dampness, but only after that appear external manifestations of the ailment on the skin.

Patients with this diagnosis say that they feel a temporary numbness in their legs, and when they try to rub the skin, pain appears. Especially uncomfortable at night.

Foot trench - a disease that can affect not only the lower, but also the upper limbs.

If the disease is started and not treated, the consequences can be disappointing. But usually patients seek help immediately after the discovery of external signs and when there is pain of an incomprehensible nature associated with the weakness of muscle tissue. 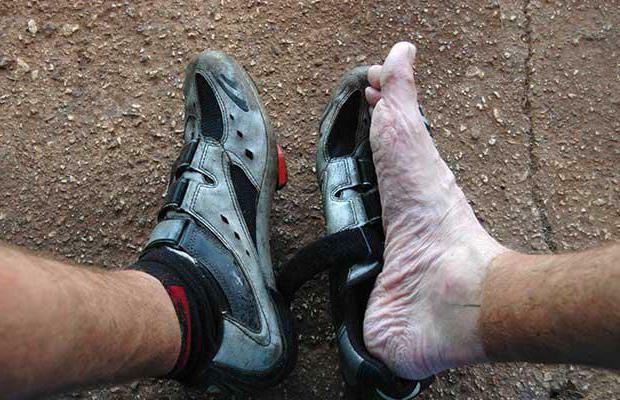 Stages and degrees of disease

Physicians call 4 degrees of frostbite. The first comes in a couple of weeks with the regular wearing of wet shoes in cold weather. There are often cases when the first stage appears on the third day after staying in cold and raw shoes. At the beginning of the disease, spontaneous pain occurs in both extremities. They are especially felt in the fingers. Patients are difficult to walk, they try to step only on the heel. The feet gradually lose sensitivity. When checking for Achilles reflex with the help of a medical mallet, there is no reaction. The weakness of the muscle tissue at this stage is not due to arterial changes.

After a short period of time, the first stage is replaced by the second. The foot trench is accompanied by a serious swelling of the legs. The skin on the fingers begins to blush. Redness can rise higher, on the calf muscle area.

Patients who seek help with primary and secondary trauma signs are safely cured.

Patients with a third stage of trauma are rare. All because no one waits for deterioration and on time turns to the doctors for help. During the third stage, bubbles appear on the skin, from which a dark liquid can be released. They burst, forming dense scabs. This manifestation of necrosis can spread both in width and in depth. Over time, scabs turn into unpleasant ulcers, which are very difficult and long to treat.

The trench stop of the fourth stage is considered the most difficult and dangerous. Skin tissue is affected strongly, severe necrosis is observed. As a consequence, an anaerobic infection joins and gangrene develops. In this case, it is impossible to save the feet and legs of a person. 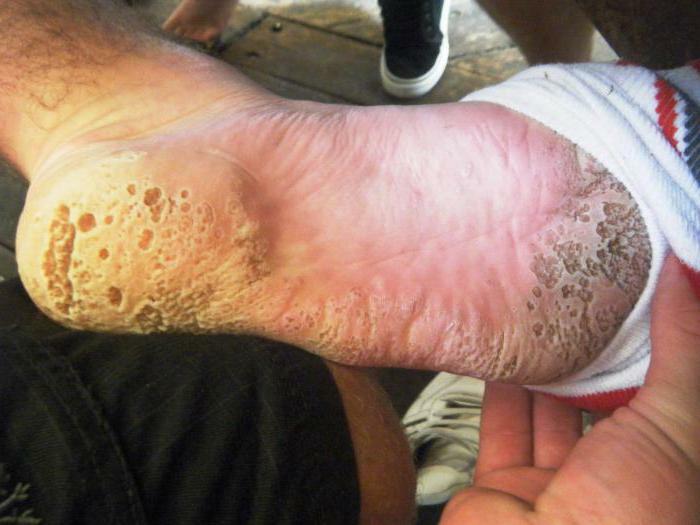 Treating the foot of the trench

Depending on which stage of the foot is detected by the trench, treatment is prescribed. The first thing to do is to eliminate pain and all skin nutrition disorders. To restore the circulation of blood in tissues, ascribe drugs. Which ones are decided only by the doctor. Legs should be gently warmed, but without the use of electrical and heating appliances. The patient is laid in such a way that the legs are slightly raised above the level of the head. If the footsteps reveal damaged areas, immediately introduce serum from tetanus.

Patients with stages 3 and 4 are immediately injected with reopolyglucin. Bubbles can not be opened in order not to provoke infection. Liquid from them can be carefully removed by puncturing. If gangrene has started, an amputation is prescribed. 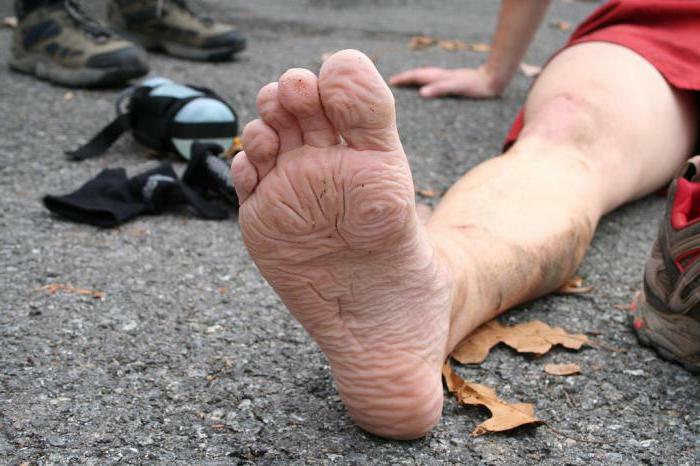 How to protect yourself from the disease

Stop trench - an unpleasant disease. It is better to warn her than to heal. It is important to wear shoes dry and free, avoid supercooling of the limbs. It is not superfluous to constantly change socks. And in cases of appearance of the described signs, contact the doctors and be treated.