Disturbance of posture can lead to the development of many diseases that significantly impair the quality of life. Problems with the spine can provoke abnormal operation of the nervous system. Kyphosis is one of the disorders of posture, which is characterized by the appearance of a hump on the back. It is necessary to treat it, since pathology can provoke a decrease in the volume of the chest, and therefore, problems with respiratory organs. Kyphosis is a problem that is characterized by a strong curvature of the skeleton, in which a hump appears on the back. Most often the problem develops in the cervical and thoracic area, although it can be diagnosed in the lumbar spine.

Kyphosis is a pathology that is diagnosed if the angle of curvature exceeds 30 degrees. The disease can appear already in adolescence( from 10 to 15 years), although it is often diagnosed in the elderly. It should be noted that girls suffer less from this problem than boys.

Reasons for the development of the pathology

Kyphosis is a disease that can provoke such factors: 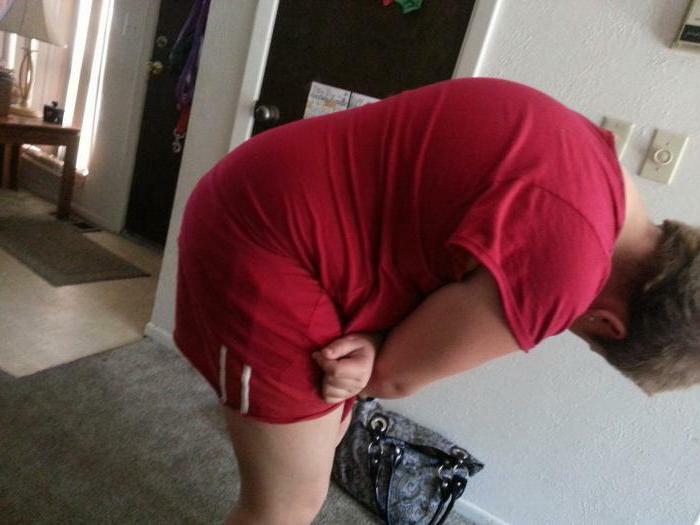 Thoracic spine kyphosis or other types of skeletal lesions may manifest as follows:

Naturally, the presented disease causes disorganization of the work of other organs and systems, therefore may have additional symptoms: 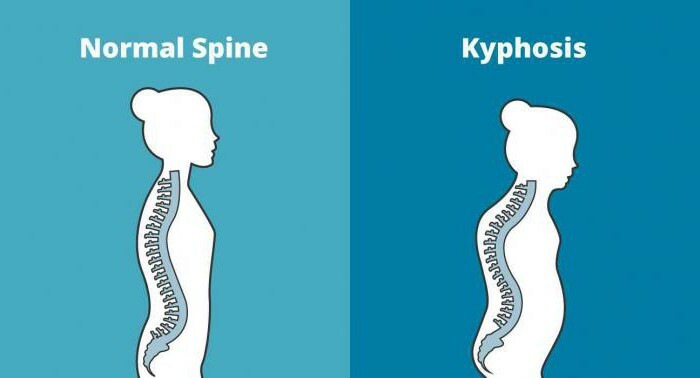 If you have kyphosis, treatment should be started immediately. Otherwise, the situation will rapidly deteriorate. Precisely to diagnose can only the doctor after a careful examination. The patient has to undergo such studies:

Based on the findings, the doctor will be able to prescribe adequate treatment.

Species and degrees of the disease It should be noted that pathology can have a different origin. It is for this reason that the following types of kyphosis are distinguished:

The degree of kyphosis is necessary to know in order to prescribe the treatment that will really give a positive effect. There are only four of them:

Features of some types of the disease 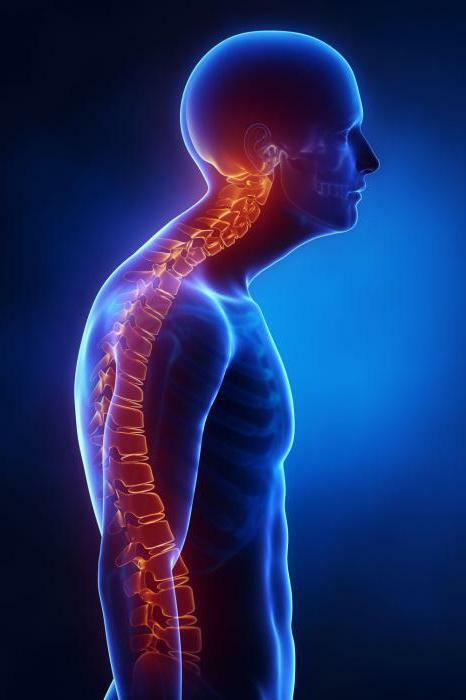 Before starting treatment, it is necessary to understand the characteristics of the main types of pathology. There are several of them:

If the pathology is not treated on time, it is fraught with serious consequences. As a result of the development of kyphosis,

As you can see, the complications are serious and complicated for treatment, therefore it is necessary to begin to correct the posture as soon as possible.

Traditional treatment of the disease With kyphosis it is necessary to fight. In the initial stages of the disease, such conservative methods can help:

Features of the surgical procedure

If the patient develops a curvature of the spine, the pain does not go away even when using conservative therapy, he is assigned a surgical operation. For this purpose, specialists apply special rods, which are fixed on the spine and align it. In addition, there is a two-stage operation. The first part of it involves the removal of the damaged or altered form of the vertebrae and the installation of implants. The skeleton in this case is fixed by a special metal construction. A few years later, a second operation is performed. It is necessary to remove the metal framework( if implant has taken root).

Please note that after the operation the patient will have to undergo a course of rehabilitation, which can last long enough. At first, it is better to use the services of a professional rehabilitologist. In the future, you can do the exercises yourself at home. 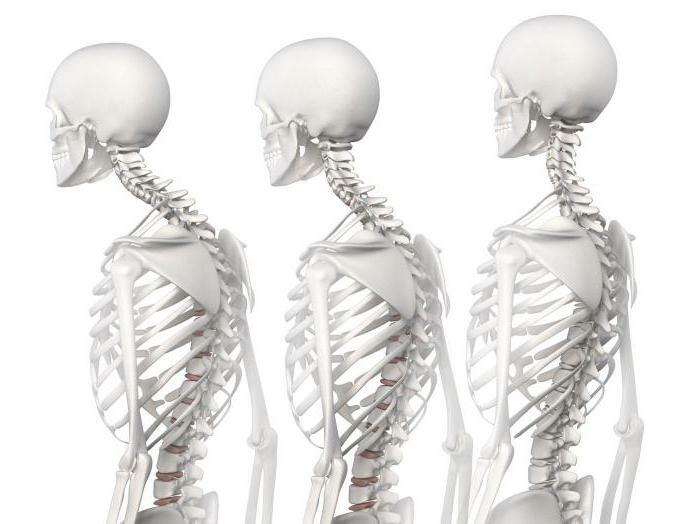 To avoid the development of back problems, the following recommendations should be followed:

Physical exercises with kyphosis help strengthen muscles, prevent rapid progression of pathology. They are performed not only for rehabilitation purposes, but also for prevention. The complex can contain such exercises:

The presented complex is very effective in the fight against kyphosis. It should also be performed to prevent disease. Now you know all the information about such a disease as kyphosis. Forms, causes, signs, symptoms and treatment are covered in the article. Please note that you need to consult a doctor with this pathology. Self-medication and folk methods here will not help. Be healthy!