The algorithm of CPR.Carrying out CPR in children: an algorithm. CPR of pregnant women. The CPR algorithm for stopping breathing in adults

Physicians of any specialty have to teach others and carry out manipulations themselves, associated with emergency care and saving the patient's life. This is the very first thing that a medical student hears at a university. Therefore, special attention is paid to the study of such disciplines as anesthesiology and resuscitation. Ordinary people who are not connected with medicine, too, will not be prevented from knowing the protocol of actions in a life-threatening situation. Who knows when it might come in handy.

Cardiopulmonary resuscitation is a procedure for the provision of emergency care, aimed at restoring and maintaining the vital functions of an organism after the onset of clinical death. It includes several mandatory steps. The SSR algorithm was proposed by Peter Safar, and in his honor one of the methods for saving the patient was named.

The ethical issue of 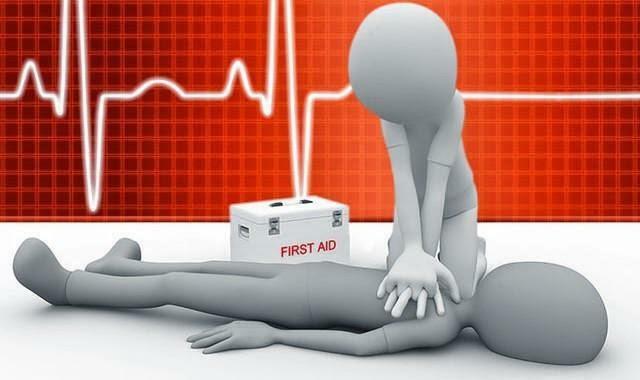 It's no secret that doctors are constantly faced with the problem of choosing what is best for their patient. And quite often it becomes a stumbling block for further therapeutic measures. The same is true for CPR.The algorithm is modified depending on the conditions of care, the preparation of the resuscitation team, the patient's age and current status.

There have been many discussions as to whether it is worth explaining the complexity of their condition to children and adolescents, given the fact that they do not have the right to make decisions about their own treatment. A question was raised about the donation of organs from the affected people to whom CPR was conducted. The algorithm of actions in these circumstances should be somewhat modified.

When is CPR not performed?

In medical practice, there are cases when resuscitation is not carried out, as it is already meaningless, and the patient's injuries are not compatible with life.

There are basic and secondary signs. The main ones are:
- lack of pulse on large arteries( carotid, femoral, humeral, temporal);
- lack of breathing;
- persistent dilated pupils.

To secondary signs include loss of consciousness, pallor with a bluish tinge, lack of reflexes, voluntary movements and muscle tone, a strange, unnatural position of the body in space. 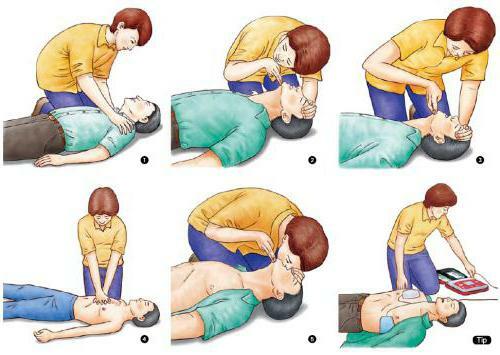 The SLR algorithm is conventionally divided into three large stages. And each of them, in turn, branches into stages.

The first stage is carried out immediately and is to maintain life at the level of constant oxygenation and airway patency for air. It excludes the use of specialized equipment, and life is supported solely by the efforts of the resuscitation team.

The second stage is specialized, its goal is to preserve what non-professional rescuers have done and ensure constant blood circulation and oxygen access. It includes the diagnosis of heart function, the use of a defibrillator, the use of medicines.

The third stage is already conducted in the ICU( intensive care unit).It is aimed at preserving the functions of the brain, restoring them and returning a person to a normal life. 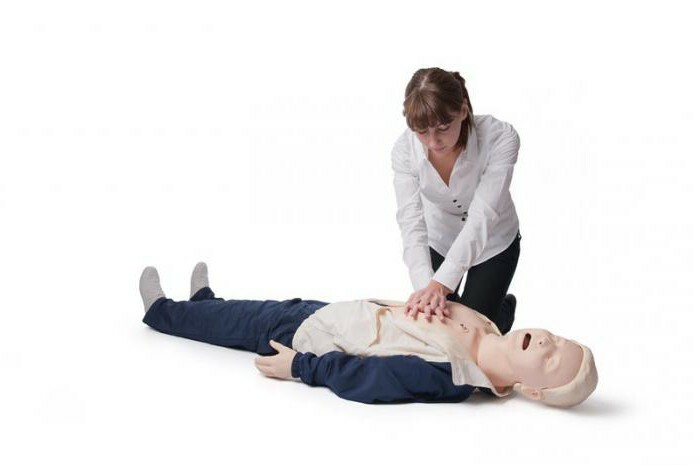 In 2010, a universal CPR algorithm for the first stage was developed, which consists of several stages. 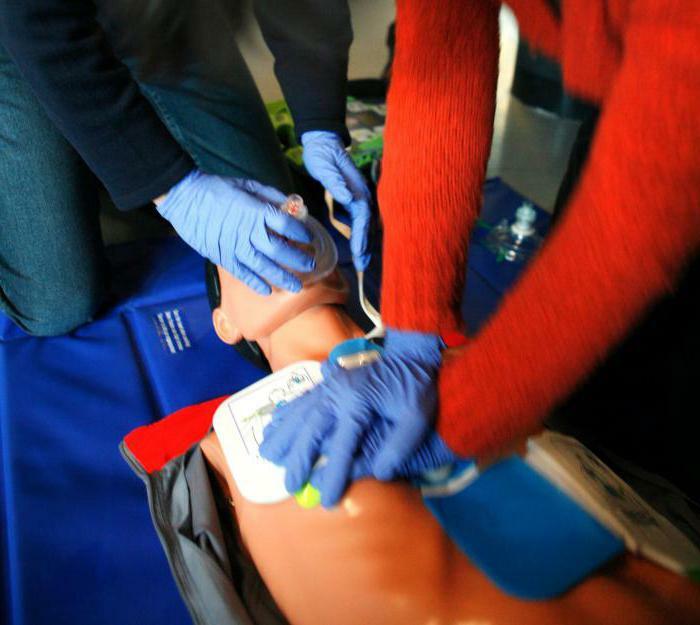 There are some features of CPR when drowning. The algorithm changes somewhat, adjusting to the environmental conditions. First of all, the rescuer should take care to eliminate the threat of his own life, and if there is such an opportunity, do not go into the pond, but try to deliver the victim to the shore.

If all the same the help appears in water the rescuer is obliged to remember that the drowning does not supervise the movements, therefore it is necessary to swim from the back. The main thing is to keep the person's head above the water: by the hair, picking up under the armpits or tumbling back on his back.

The best thing a lifeguard can do for a drowning person is to start blowing air directly into the water, without waiting for transportation to shore. But technically this is only available to a physically strong and prepared person.

Once you have removed the victim from the water, you need to check that he has a pulse and self-breathing. If there are no signs of life, immediate resuscitation should begin. They need to be carried out according to general rules, since attempts to remove water from the lungs usually lead to the opposite effect and exacerbate neurological damage due to oxygen starvation of the brain.

Another feature is the time span. Do not focus on the usual 25 minutes, as in cold water processes slow down, and brain damage occurs much more slowly. Especially if the victim is a child.

It is possible to stop resuscitation only after restoration of spontaneous breathing and circulation, or after the arrival of an ambulance team, which will be able to provide professional support for life.

Extended CPR, the algorithm of which is performed using medicines, includes inhalation of 100% oxygen, intubation of the lungs and ventilation. In addition, antioxidants, fluid infusions are used to prevent systemic pressure drop and cardiac arrest, diuretics to rule out pulmonary edema, and active warming of the affected person so that blood is evenly distributed throughout the body. 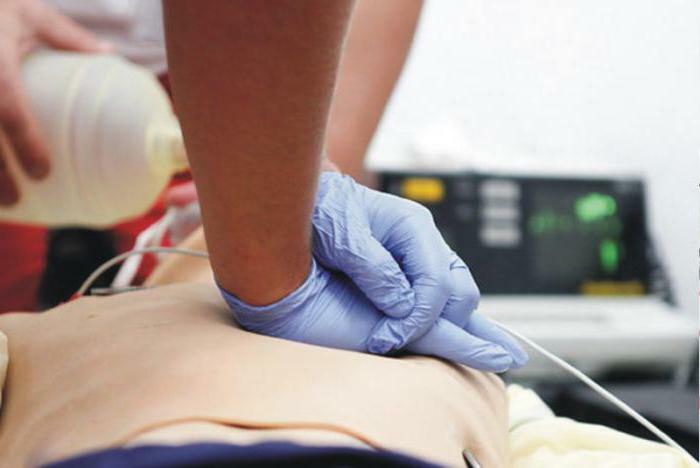 The CPR algorithm for stopping breathing in adults includes all stages of the blood of indirect heart massage. This facilitates the work of rescuers, since the body itself will distribute incoming oxygen.

There are two ways of artificial lung ventilation without improvised means:

For better air access, it is recommended to tilt the victim's head, push the lower jaw and release the respiratory tract from mucus, vomit and sand. The rescuer also has to worry about his health and safety, so it is desirable to carry out this manipulation through a clean handkerchief or gauze, in order to avoid contact with the blood or saliva of the patient.

The lifesaver clamps his nose, tightly grasps the lips of the victim and exhales air. In this case, you need to see if the epigastric region is inflated. If the answer is affirmative, it means that the air enters the stomach, and not into the lungs, and there's no use in this resuscitation. Between exhalations you need to take breaks in a few seconds.

During a qualitatively conducted mechanical ventilation, a chest excursion is observed. 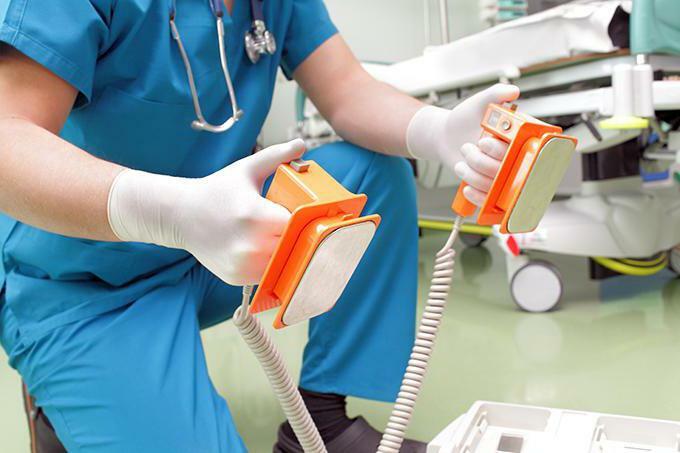 It is logical that the CPR algorithm for asystole will include everything other than ventilation. If the victim breathes himself, do not put him in an artificial regime. This complicates the work of doctors in the future.

The cornerstone of correct heart massage is the technique of laying on of hands and coordinated work of the body of the rescuer. Compression is made by the base of the palm, not by the wrist, not by the fingers. Hands resuscitator must be straightened, and compression is carried out due to the slopes of the body. Hands are located perpendicular to the sternum, they can be taken into the castle or the palms lie cross( in the form of a butterfly).The fingers do not touch the surface of the chest. The algorithm for performing CPR is as follows: for thirty pressures, two inhalations, provided that two people are resuscitated. If the rescuer is one, then fifteen compressions and one breath are made, since a large break without blood circulation can damage the brain.

The features of CPR are pregnant. The algorithm involves saving not only the mother, but also the child in her womb. A doctor or an accidental witness who provides first aid to a future mother should remember that there are many factors that worsen the survival prognosis:

- increased oxygen consumption and rapid utilization of oxygen;
- reduced volume of the lungs due to compression of their pregnant uterus;
- high probability of aspiration of gastric contents;
- reduced area for mechanical ventilation, as the mammary glands are enlarged and the diaphragm lifted due to the enlarged abdomen.

If you are not a doctor, the only thing you can do for a pregnant woman to save her life is to put her on her left side so that her back is at an angle of about thirty degrees. And move her belly to the left. This will reduce pressure on the lungs and increase airflow. Be sure to begin an indirect heart massage and do not stop until the ambulance team arrives or some other help arrives.

Its features have CPR in children. The algorithm resembles an adult, but due to its physiological characteristics, it is difficult to conduct, especially for newborns. You can divide the resuscitation of children by age: up to a year and up to eight years. All those who are older receive the same amount of assistance as adults.

Absolutely all adults should know how to perform basic CPR.Its algorithms are quite simple to remember and understand. It can save someone's life.

There are several rules that can facilitate the conduct of rescue actions by an unprepared person.

The remaining recommendations on which the CPR algorithm is performed have already been presented above. The success of resuscitation and the further quality of life of the victim depend on how quickly the witnesses are oriented and how competently they can help. Therefore, one should not shy away from the lessons describing the conduct of CPR.The algorithm is quite simple, especially if you memorize on the alphabet( ABC), as do many doctors.

Many textbooks say that it is necessary to stop CPR after forty minutes of unsuccessful resuscitation, but in fact only signs of biological death can be a reliable criterion for the absence of life. Remember: while you are pumping the heart, the blood continues to feed the brain, which means that the person is still alive. The main thing is to wait for the ambulance or rescuers to come. Believe me, they will thank you for this hard work.