Cough is essentially a protective reaction of the body to certain irritants that are in the airways. To such agents can be attributed a foreign body, mucus, pus and sputum. In many cases, cough is a symptom of a cold. A similar phenomenon may be accompanied by a mild ORL and severe pneumonia. Symptom indicates the development of cancer, infectious or viral respiratory system, as well as mediastinum. Very often, in the treatment of certain diseases, a plantain syrup is prescribed for coughing "Gerbion". 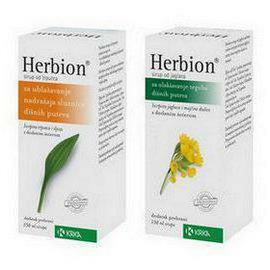 "Herbion: plantain", cough syrup, as a rule, has a natural composition. It is often prescribed for colds to adults and children. The composition of the syrup includes:

What is "Herbion: plantain", cough syrup

This product is available in glass containers made of dark glass. Such material allows to preserve the medicinal properties of the formulation. Psyllium syrup from a cough, the instruction to which is always attached, is a liquid that has a reddish-brown tinge. 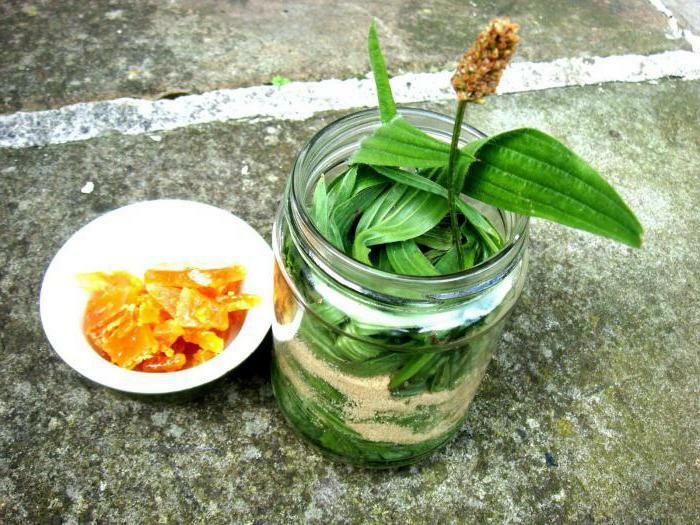 The drug has a rather specific flavor and taste. Children are happy to take such a medicine. Herbion syrup "Herbion" has a sweet aftertaste.

If a small deposit forms on the bottom of the container with the preparation, then it is not worth worrying. Such processes are allowed in medicines made from components of natural origin.

How the syrup of plantain

works. The drug "Herbion" allows you to reduce cough with some diseases of the respiratory system, which are accompanied by an inflammatory process. In addition, the drug protects the mucous membranes. Plantain syrup is recommended for use with a dry cough to soften it. This drug can be given to children, but only after consulting a doctor.

Mucous components of plant extracts form a very thin film. It is she who protects from all sorts of irritants the mucous membranes of the upper respiratory tract. As a result, the urge to cough is much less."Herbion: plantain"( cough syrup) has a moderate antibacterial effect. Extract of this plant can significantly reduce inflammation, localized in the upper respiratory tract. 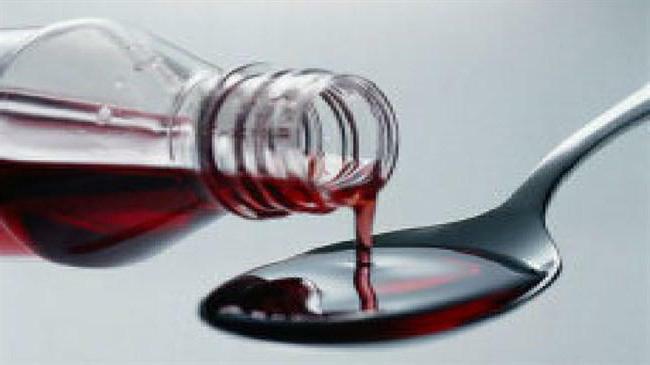 Ascorbic acid, which is a part of the drug, takes an active part in almost all metabolic processes that occur in the human body. This is the formation of hemoglobin, the collagen synthesis reaction, oxidation-reduction processes, as well as stimulation of cellular regeneration and enhancement of the immune response.

When to take the syrup

Herbion is essentially a phytopreparation. Therefore, it is often prescribed for the complex treatment of many diseases caused by the inflammatory process of the airways, which are often accompanied by a strong cough.

In addition, soya syrup can be taken in other cases. The drug perfectly copes with dry cough, which often affects smokers. Of course, completely eliminate the symptom syrup psyllium is not capable, but the general condition it improves.

Dosages of the drug

The cough syrup, which costs from 280 to 320 rubles, should be taken orally. Drink the drug can not only clean water, but also tea. The dosage of the drug depends on the severity of the disease, as well as on the patient's age. As a rule, the necessary amount of syrup is determined by the attending physician. Usually the drug is prescribed:

If the child is not 4 years old, then "Herbion: plantain"( cough syrup) should be used with extreme caution and only after consulting with specialists.

Who should not take plantain syrup

Although the preparation "Gerbion" is a herbal preparation, it is sometimes not recommended to take it. Do not use medicines for those who:

During lactation and pregnancy, also do not recommend taking cough syrup from the cough, as there are only limited information about the safety of this medication. Do not forget that the drug has side effects. As a rule, similar phenomena manifest themselves in the form of an allergic reaction. If any side effect occurs, it is worthwhile to see a doctor.