The very fact of the appearance in a human body of a tumor, even benign?already is a sufficient reason for concern. And to respond to this fact must be extremely quickly, otherwise the risks of encountering complications increase significantly. For this reason, it makes sense to study the main signs of the appearance of a tumor, especially when it comes to such a rare form as pheochromocytoma. At the same time, we should not consider the prospect of the impact of the problem on people's means and other alternative methods. A visit to a doctor is the most reliable decision.

Pheochromocytoma - what is it?

This term is understood as a tumor of both malignant and benign character, consisting of chromaffin cells that produce catecholamines. It can produce both biogenic amines and peptides, which can include norepinephrine and dopamine.

In the overwhelming majority of cases( 90%), this type of tumor develops in the region of the adrenal medulla, much less often its appearance is fixed in the aortic lumbar paraganglia, small pelvis, abdominal or thoracic cavity. The appearance of pheochromocytoma in the region of the head or neck can be classified as an exception.

In 10% of all cases, this type of tumor turns out to be malignant with extra-adrenal localization. This produces dopamine. As for the process of metastasis in this problem, tumor cells usually enter the lungs, liver, bones, muscles and regional lymph nodes.

Causes of the emergence and development of

Many have heard of a disease such as pheochromocytoma. What is it, unfortunately, is not known by all. It is very important to understand why such a problem arises in the human body. And then immediately it should be noted that there is no clear, comprehensive answer as to the reasons for the occurrence. But as a result of the research, certain conclusions were made regarding the genetic nature of pheochromocytoma.

The most common disease occurs in people aged 25 to 50 years. In general, the development of this type of tumor is recorded in middle-aged women. If we talk about children, then a similar diagnosis is made more for boys. But in general, the tumor of pheochromocytoma is a relatively rare phenomenon. 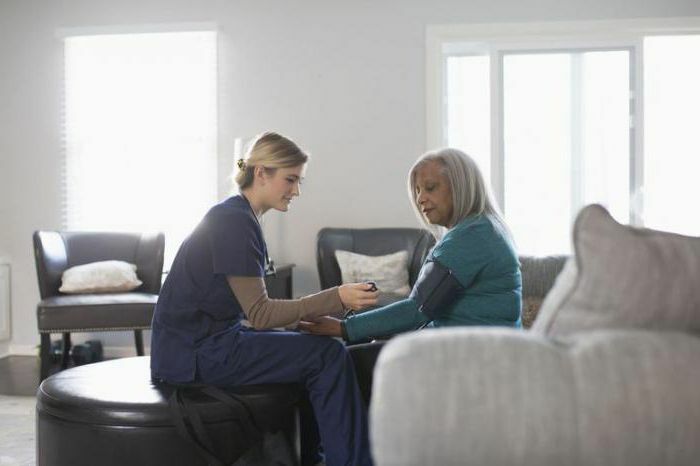 At the same time, approximately 10% of the total number of such problems relates to the family form. This means that this type of tumor was present at least one of the parents of the patient.

Continuing to consider the causes of this type of disease, it should be noted that it can be one of the components of the syndrome of multiple endocrine neoplasias( type 2A and 2B).Pheochromocytoma is fixed in 1% of patients with diastolic blood pressure.

When studying a tumor such as pheochromocytoma, symptoms, diagnosis and treatment are key information blocks that allow you to consider the topic from different angles. But it's worth starting with the manifestation of this disease. Symptomatic here is quite diverse and often similar to less dangerous health problems.

It starts with the fact that there is one symptom that is stable with a disease such as pheochromocytoma. Arterial hypertension - is about what manifestation of the tumor in question. It can proceed in a stable and a crisis form. When a tumor develops with a catecholamine hypertonic crisis, the blood pressure rises quite sharply. But in the intercausal period the blood pressure can remain stably high or be within the normal range. There were cases when the pheochromocytoma proceeded at a constant high pressure, but without crises.

More details about the crisis

There is a reason to pay attention to the fact that with a problem such as pheochromocytoma, the crisis( hypertonic) is often accompanied by gastrointestinal, cardiovascular, metabolic and neuropsychic disorders. Speaking about the development of this condition, it should be noted that it is characterized by the following symptoms: headache, trembling, fear, anxiety, pale skin, chills, cramps and sweating. There may be a disturbance in rhythm, tachycardia and pain in the heart. 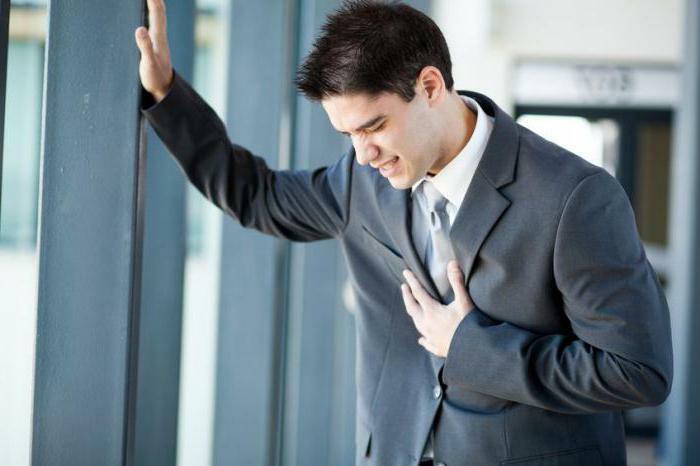 When a pheochromocytoma is diagnosed, a hypertensive crisis can provoke vomiting, nausea and dry mouth. But this change in the patient's state of health is not always limited. With such a tumor, the condition of the blood often changes. These are complications such as lymphocytosis, hyperglycemia, leukocytosis and eosinophilia.

Crisis can last from several minutes to one or more hours. For this state, its unexpected completion is characteristic. Reduction of blood pressure also occurs dramatically, so that even there is a risk of hypotension. As the triggers of such a symptomatic factors, physical exertion, deep abdominal palpation, alcohol and drug intake, hypothermia or overheating, abrupt movements, emotional disorders, and other factors can act.

Attacks, as a rule, have a different frequency. They can make themselves felt 10 to 15 times a day or once a month. If a severe crisis begins with a pheochromocytoma, then it makes sense to talk about a real risk of stroke, hemorrhage in the retina, development of renal failure, myocardial infarction, exfoliating aortic aneurysm, pulmonary edema, etc. The most severe complication in this condition is catecholamine shock manifested through uncontrolledhemodynamics. This is a change in hypo- and hypertension, which has a disorderly character and can not be corrected.

So, pheochromocytoma - what is it? Considering its manifestations, you need to pay attention to pregnant women, because they have a similar tumor can masquerade as eclampsia, pre-eclampsia and toxicosis. The consequence of such symptoms may be an unfavorable outcome of childbirth.

It is possible and stable form of the tumor, in which the blood pressure will be constantly high. In this state, changes in the kidneys, eye day and myocardium are often recorded. Also, sudden changes in mood, headache, fatigue and excitability are possible. In one of 10 patients, development of diabetes mellitus is observed.

There are other diseases that often accompany pheochromocytoma. We are talking about Reynaud's syndrome, ZHKB, Itenko-Cushing syndrome, neurofibromatosis, etc. In the event that a malignant tumor develops, pains appear in the abdomen, metastasis to distant organs and rapid weight loss occurs.

There are certain features of the course of the disease that can lead to some complications. We are talking about the following processes:

In order to identify a patient's condition when a patient is suspected of a disease such as pheochromocytoma, an analysis of the condition of the organism should focus primarily on the following symptoms: pale skin of the face and chest, increased blood pressure, tachycardia, orthostatic hypotension.

In doing so, you need to be careful with an attempt to perform palpation in case of a neoplasm in the neck or abdominal cavity. The bottom line is that such actions can cause the development of the catecholamine crisis.

Also qualitative diagnostics for such a tumor should include a visit to the ophthalmologist. This condition can be explained by the fact that almost 40% of people suffering from hypertension have hypertonic retinopathy, of varying severity.

There are biochemical criteria for diagnosing pheochromocytoma, the photo of which allows us to understand the seriousness of the situation. So we are talking about the increased content of catecholamines in blood, urine, blood glucose and chromogranin-A in the blood serum. Sometimes the data on the increase in the concentration of parathyroid hormone, cortisol, calcium, phosphorus, calcitonin and other elements can be relevant. 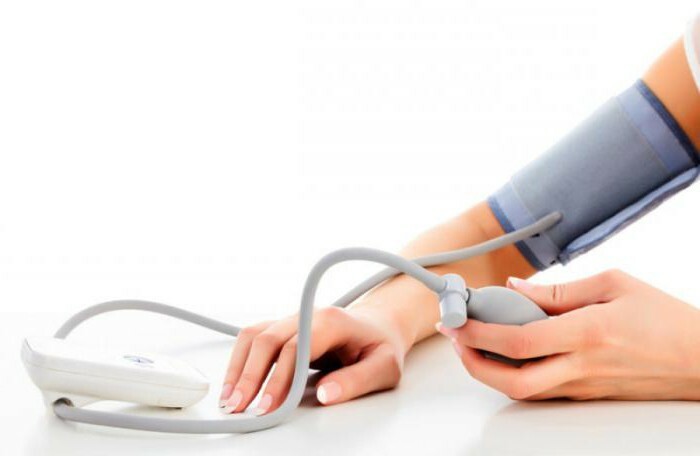 In certain conditions of patients differential diagnosis of the tumor is carried out. These are diseases such as psychosis, neurosis, hypertension, thyrotoxicosis, paroxysmal tachycardia, poisoning and disturbances in the CNS.

When determining the type of tumor and the degree of its development, MRI and CT can be used, as well as examination of the patient's cardiac activity. If pheochromocytoma is diagnosed, the symptoms, diagnosis and treatment are aspects that are extremely topical, since with tumors of various kinds, it is precisely the timely identification of the problem and immediate treatment that are the key to the positive outcome of the work with the patient.

There are various methods of affecting the tumor as a malignant or non-threatening. In most cases, surgical intervention will be the most rational solution if a pheochromocytoma has been detected. Removal will be especially relevant in the case of a tumor in the adrenal gland.

But exceptions are possible due to poor condition of the heart, blood vessels and high blood pressure. The involvement of a surgeon in this state is extremely undesirable or completely unacceptable. There is another effect on a tumor such as pheochromocytoma. Treatment is reduced to drug therapy, which, as a rule, takes several days.

The use of various drugs to neutralize the tumor implies that the patient will be in bed, and occupy a semi-sitting position. To normalize the arterial pressure, the doctor can prescribe alpha-blockers. More specifically, they are such drugs as "Tropafen" and "Phenoxybenzamin".If a hypertensive crisis is fixed in a patient, the introduction of "Fentolamin", "Nitroprussida sodium" and other similar preparations will be relevant. Important is the fact that during the preoperative therapy it is necessary to keep the patient from dehydration.

surgery If pheochromocytoma was found, treatment using a scalpel is chosen taking into account what features the tumor process has. The most common are combined, transperitoneal, extraperitoneal and transthoracic methods.

In the event that a single tumor was found after the examination, a prognosis using surgical treatment would be favorable. Of course, relapses are possible, but they only occur in 13-15% of cases.

But with multiple tumors, the situation is noticeably more complicated. The most reasonable solution is to remove all tumors, but the problem lies in the fact that the probability of a successful outcome is low enough. It is for this reason in the case of multiple pheochromocytomas that surgical intervention is carried out in several stages. In some situations, the tumor is only partially removed. 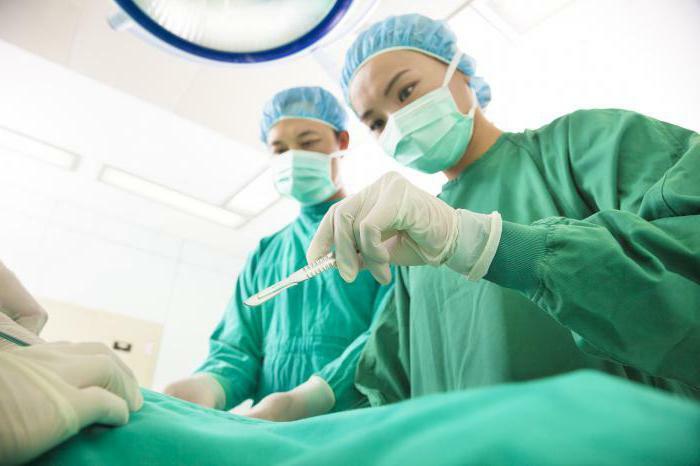 As for the peculiarities of the operation itself, only laparotomic access is used during its operation. This approach is explained by the high risk of adenocarcinoma tumor localization. It is also worth knowing that the control of hemodynamics( blood pressure and CVP) is carried out throughout the intervention.

In the vast majority of cases, after the pheochromocytoma has been removed, the blood pressure is reduced. If such a reaction of the body is not available, then there is every reason to suspect the fact of the formation of ectopic tumor tissue.

If pheochromocytoma was found in pregnant women, then stabilization of blood pressure is performed first, after which the cesarean section or abortion is performed, and only then the tumor itself is removed.

In case of diagnosing a malignant pheochromocytoma, at which metastases spread, chemotherapy( Dakarbazine, Vincristine, Cyclophosphamide) is prescribed.

In general, if the tumor was detected at an early stage and the patient was well prepared for treatment, the chances of overcoming this problem are quite high. What factors can be defined as provoking

With the development of a tumor in the body, there is always the risk of provoking an attack. Therefore, it is important to be aware of what can lead to complication of the condition. It is about sexual intercourse, changes in body posture, hyperventilation, straining during defecation, physical exertion, mental agitation and pressure on the area where the tumor is localized. If pheochromocytoma has been diagnosed, do not get involved in alcohol, in particular, wine and beer, as well as eat cheese. 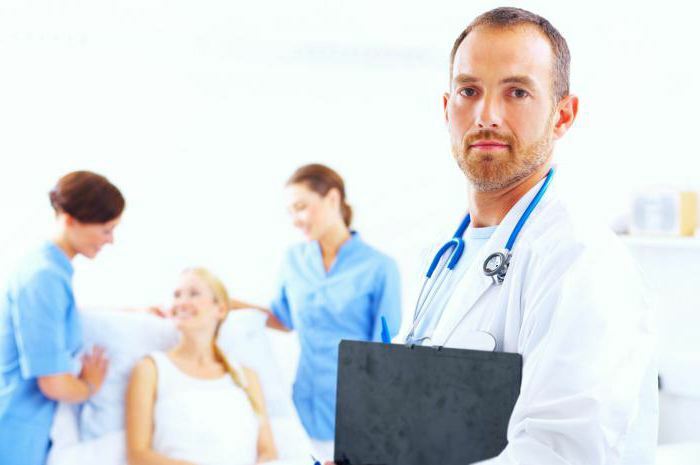 There were also cases when the seizures started after taking nicotine, tricyclic antidepressants, phenothiazine derivatives and beta-blockers.

So, we have revealed the theme of "Pheochromocytoma".What it is, we considered in as much detail as possible. It remains to make an obvious conclusion: this problem is too serious to treat it lightly. At the first signs resembling the symptoms of pheochromocytoma, you need to see a doctor, undergo a diagnosis and begin treatment.