Hypertelorism is what? Causes and Symptoms

Hypertelorism is a term that refers to pathologies characterized by an excessive increase in the distance between two paired organs. In most cases, in modern medical practice, ocular hypertelorism is diagnosed, but other pathological changes are possible. We will discuss this further in the article.

This term is often found in medical records. Hypertelorism is, as already mentioned, a pathology that is accompanied by an increase in the distance between two paired organs. It is worth noting that this definition began to be used not so long ago - for the first time in official publications it appeared in 1924.

So, in medicine such pathology as hypertelorism of nipples is known. In this case there is a violation of the so-called nipple index - an indicator that is determined by the ratio between the circumference of the chest at the level of the nipples and the distance between them. Pathology is not independent and often develops against a background of congenital malformations, for example, Apert's syndrome, Edwards disease. 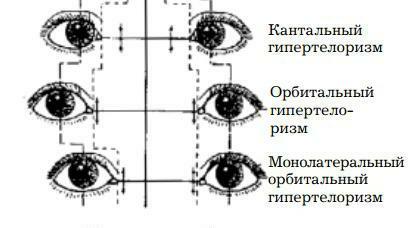 But most often there is orbital hypertelorism - an ailment, in which there is a pathological increase in the distance between the orbits. This condition is congenital - it is diagnosed in the first days after the birth of the child.

What causes the pathology of

Hypertelorism of the eye is a congenital pathology, which is usually associated with various genetic diseases. For example, too widely spaced orbits are observed in children with nephrofibromatosis, syndromes of Apert, Down, Toast, Edwards and other ailments that are accompanied by multiple malformations of the fetus. For immediate reasons, we can refer to various anomalies in the structure of the brain or skull - this is the presence of tumors, too rapid fusion of parts of the skull, craniocerebral hernias and clefts.

Of course, we can identify some of the risk factors that can disrupt normal intrauterine development or provoke the fetus's genetic pathology. So, negatively the child's condition is affected by the infections that the mother has experienced during pregnancy, as well as the ingestion of toxins, including heavy medications, large doses of alcohol, narcotic substances, etc. 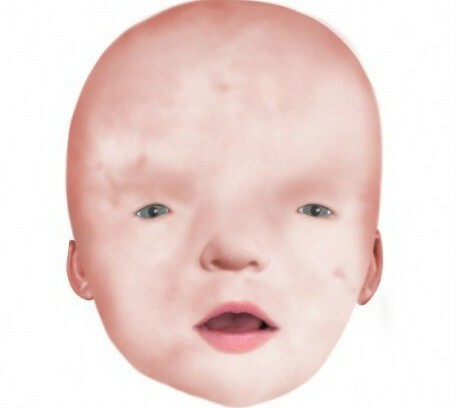 It is worth saying thathypertelorism has different degrees - in some patients the eyes are only slightly displaced, while in others they are widely spaced and the doctor can notice the defect after the first glance at the child. These children have very characteristic features of the facial structure:

Unfortunately, for the above genetic symptoms is characteristic not only a violation of the structure of the facial part of the skull. Often in children, there is a deformity of the feet, improper development of the jaws, a violation of intellectual development. 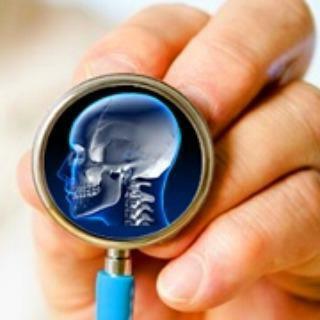 Of course, in this case it is very important to properly diagnose, because you need to determine the presence of a genetic disease. The physician calculates an interorbital-circumferential index for this purpose, which is determined by dividing the measured head circumference by the distance between the inner corners of the eye slits, after which the resulting digit must be multiplied by 100. Pathology is usually said when the index exceeds 6.8.

Next, a history of parents and genetic studies are collected. In addition, the child must prescribe a magnetic resonance or computed tomography of the head - this procedure can detect bone anomalies and the presence of tumors in the brain.

If we talk about hypertelorism, then specific treatment is required only if there is a serious threat to the organs of vision and nerve endings. In this case, surgical intervention is recommended. During the procedure, the doctor performs the plastic surgery of the bones of the skull. But of course, the specialist takes the decision to conduct such an operation, paying attention to many factors, including the condition of the child and the presence of concomitant diseases. Surgical intervention, as a rule, is carried out until the patient reaches the age of two - at this time the operation gives the most optimal result.

As for systemic treatment, it is aimed at correcting the primary disease. From this and depends drug therapy. 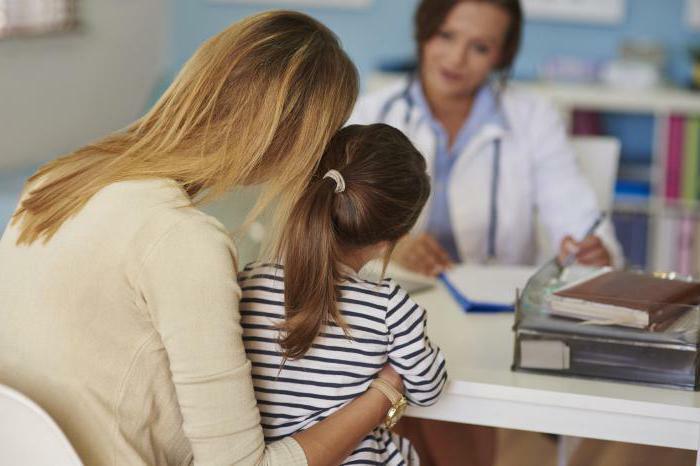 Prevention of pathology and prognosis for patients

Hypertelorism is, rather, an aesthetic defect. Dangers are syndromes and diseases that are accompanied by this violation. Therefore, the defect itself is not a threat to the child's life. The only exceptions are those cases in which the degeneration of the eye sockets affects the patient's vision.

Regarding prevention, unfortunately, there is no specific means of preventing the described ptology. To reduce the risk of intrauterine disease, women during pregnancy are encouraged to carefully monitor their health, eat right, stop smoking, alcohol, drugs and potentially dangerous medicines.

Planning pregnancy should also be treated responsibly and do not abandon the planned consultation with a geneticist. Some hereditary diseases can be diagnosed even during intrauterine development. And genetic studies during pregnancy planning help determine the probability of a child's appearance of a deviation.