The preparation "Selanc": reviews of doctors, instructions for use

Stress is an integral part of our life. Some pass quickly and without a trace to us, while others pass into serious psychological or neurotic disorders. Eliminate this symptomatology will help the preparation "Selanc".The reviews argue that the drops are effective in combating the harassing anxiety, but to fix the result the medicine should be used by the course.

Composition of the drug and form of release

Nasal drops are available in the form of the preparation "Selank".Description of the drug notes that 1 ml of a solution with a concentration of 0.15% contains 1.5 mg of the active component of diacetate threonyl-lysyl-prolyl-arginyl-prolyl-glycine-proline.

Drops are packaged in vials with a convenient dropper of 3 ml. The bottle is packed in a cardboard box, where, in addition to the medicine, there is an instruction for use. The solution is a liquid that is colorless and odorless. The bottle contains sixty drops.

The drug is stored at t ≤ 10 ° C.It can not be frozen. The product should be stored in a cool place protected from light and children. Shelf life - two years from the date of manufacture.

Do not use after the expiration date. It is released from the pharmacies strictly according to the doctor's prescription. It is worth about five hundred rubles. 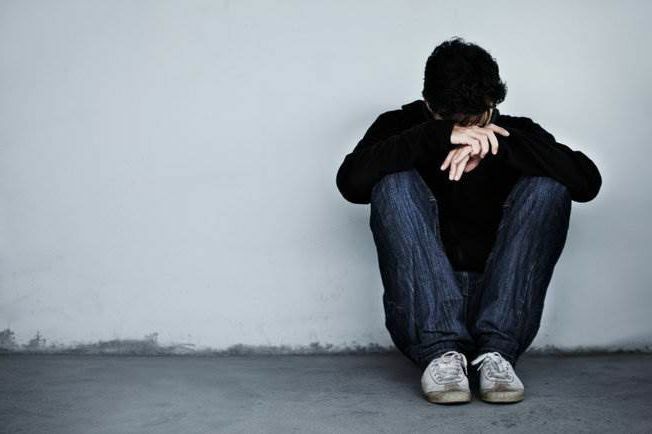 The preparation "Selanc" - what is it? First of all, it is a synthetic substitute for taftcin peptide. It acts neurospecifically on the nervous system and combines with specific receptors that are located on the membranes of cells of nerve endings.

Affects the exchange of monoamines in the emotiogenic brain system and shows increased activity of the brain enzymes tyrosine and tryptophan hydroxylase. It is attached to serotonergic structure, normalizes cerebral serotonin in conditions of decrease. Normalizes excitation and inhibition functions. Increases neutron stability in the head and prepares the human psyche for heavy loads.

The drug has an anti-anxiety, anxiolytic effect. Nasal drops do not have hypnotic and muscle relaxant qualities. When the drug is used, there is a positive effect of both mnestic and cognitive nature. It stimulates memory, increases efficiency, activates, removes stress, fatigue, stress and increases the ability to learn. It increases motivational processes and adequacy of perception. Has a vegetotrophic property. Increases vegetative activity with emotional stress. Optimizes adaptive reserves of the human body, normalizes sleep. Helps to transfer air travel and climate change, time zones. Removes podnarkoznye manifestations.

In the application of Selank, side effects and toxic effects do not provoke even after repeated dose increase. The medicine is not famous for local irritating, embryotoxic, allergic, teratogenic quality. Does not show mutagenic properties. Drops do not cause addiction and dependence, but help to survive the "cancellation" syndrome, which caused other drugs.

In ophthalmology, the drug produces good results in the treatment of glaucoma, as well as atrophy of the optic nerve.

The preparation "Selank" in pediatrics is involved in the therapy of minimal brain dysfunctions. Apply it to children with attention deficit and hyperactivity. Also for increasing the child's psychomotor activity.

Selank( reviews say that the drug is highly effective in case of stress and excessive anxiety) has an absolute bioavailability of 92.98%.30 seconds after the administration of drops into the nasal passage, the active component penetrates into the blood and is absorbed through the mucosa of the nasal cavity. After five minutes, the concentration of the active substance begins to decrease.

Metabolites with this introduction of the drug are not detected."Selank" in an instant enters the brain tissue and as quickly distributed throughout the body. It settles unchanged in the heart, kidneys and liver.

Absorbed in the nose to 70%, and then this part of the drug is distributed to all organs and tissues. The medicine penetrates through the blood-brain and placental barrier. Upon ingestion into the hematopoietic medium, it degrades. It is excreted by the genitourinary system. 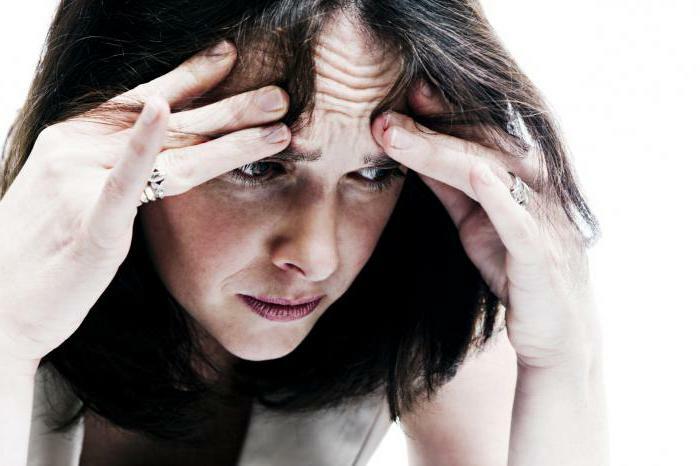 The drug is prescribed for intellectual-mnestic disorders. The basis for use is an increase in adaptive qualities, as well as preventive measures of fatigue, when a person is forced to work in a tense rhythm for several hours. Apply the drug in case of craniocerebral trauma and after the transferred neurosurgical operations. Recommended drops for postnarcosis and asthenoneurotic disorders, anxiety and anxiety-asthenic symptoms, as well as neurasthenia and difficulties in adaptation in society.

In ophthalmology indications are atrophy of vision, neuritis, glaucoma.

Children in pediatrics are prescribed medicine in small doses for brain dysfunctions, when there is no attention and there is hyperactivity.

The drug "Selank"( reviews say that the drug quickly and effectively cures depression) has certain contraindications. These include hypersensitivity to substances in the composition of nasal drops, psychotic disorders with anxiety.

Preparation "Selanc": instruction for use 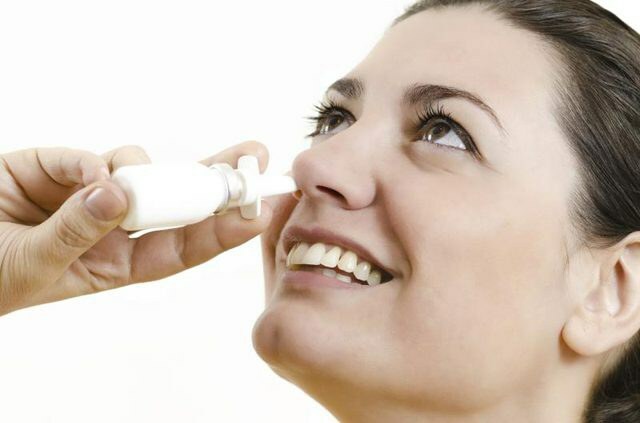 Drops are administered only intranasally and alternately in each nostril. Patients are asked to sit down and tilt their head slightly. After instillation of the medicine with a finger, it is necessary to tighten the nasal passage for a short time. Significantly reduce the effectiveness of the means of excretion flowing from the nose.

One administration of the drug should be equal to three drops or 300 μg of the active substance. The drug is injected into both nasal passages. If the dosage for some reason needs to be increased, then this should occur after a lapse of fifteen minutes after the initial administration. The recommended single dose is 3-12 drops or 300-900 μg of the active ingredient. The maximum daily dosage should not exceed 900-2700 μg. If you need to enter a lot of drops, then the reception is divided into three times. The course is 14 days. Can be repeated after 1-3 weeks.

The preparation "Selanc"( 0.15%) with prolonged use can cause side effects. This change in taste preferences, allergic reaction, individual intolerance of components.

They talk only about the positive effect that Selank gives, reviews. It does not affect the effectiveness of other drugs that depress the central nervous system. Also, nasal drops do not interact with other drugs.

"Selanc" does not possess a hypnose-sedative and muscle relaxant property. The effect of taking the drug in healthy people who used it for agitation, anxiety, excessive fatigue occurred after a few minutes. This period can last from 5 to 20 minutes.

If the anxiety condition lasts a long time, the duration of treatment is from one month to a year, and the result is noticeable on the third day.

With the introduction of the drug inside, the right part of the pathway from the olfactory nerves goes directly to the brain, where it immediately produces the desired effect in just a few seconds. So faster it is possible to influence the nervous system of the brain, where the drug gets in the shortest possible way. Upon completion of the instillation, the drug interacts with the mucosa of the nasal cavity and with the blood flow to the nerve cells of the brain. Through the olfactory nerves there is direct interaction of the brain with the nasal mucosa.

This form of drug administration allows you to enter the maximum amount of active substance in the body and quickly remove the processes of excitation, reduce serotonin in the brain. In this case, the drug does not harm the stomach, liver and intestines.

Treatment with Selanc can be combined with antidepressants, vitamins, magnesium and B6.This will only increase the effect, but will not increase the incidence of side effects.

Nasal drops can be combined with alcohol intake. In this case, the drug will reduce the toxicity of ethanol and other unpleasant consequences for the brain.

Use in healthy people is possible with depressive, increased fatigue, anxiety and stress. The drug treats neuralgia of a different nature and generalized anxiety disorder.

The drug is not used during pregnancy and breastfeeding because of a lack of clinical studies at this time.

Also people can take drops irrespective of profession and type of activity. The treatment does not break the concentration and coordination of movements, which is especially important for drivers of vehicles and people whose profession is associated with increased concentration of attention and speed of movement. 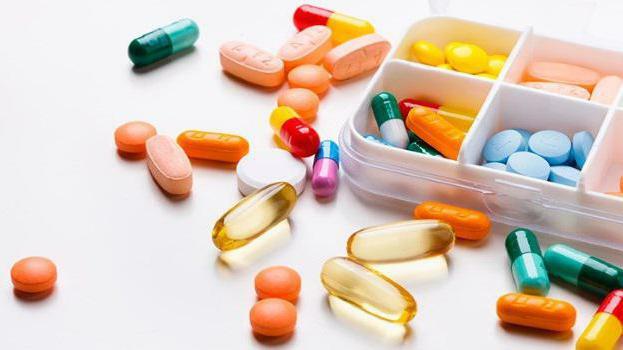 Claim that very quickly removes anxiety and fear drug Selank, reviews. The photo with the image of the bottle is below. 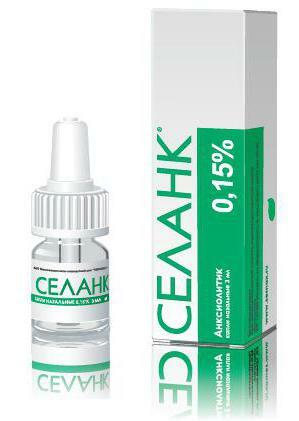 At the moment, there are no structural analogs for Selanka, which could have a similar active substance.

If the drug for some reason does not fit, then a specialist will definitely help him replace a medicine whose properties will not be inferior to it. 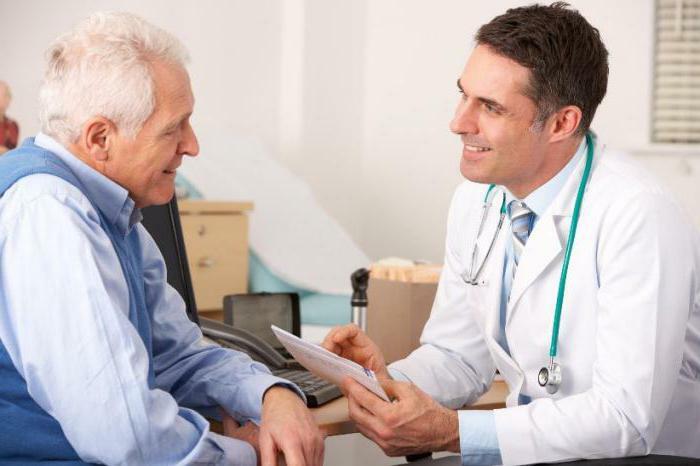 Experts of a very positive opinion about the drug "Selank".The doctors say that it cleans neurasthenia well, restores sleep, reduces anxiety and removes depression. It is prescribed for the treatment of a variety of neurotic illnesses and when there is a "cancellation" syndrome after using more serious drugs, such as, for example, "Phenazepam".Consider it a fairly strong tool. A good result is a drop in complex treatment.

Doctors note that the drug is not addictive. Acts almost instantly and does not leave behind negative phenomena. It is advised to keep it in the refrigerator after purchase.

But not all specialists praise the drug. Some do not trust nasal drops and claim that they can cope only with the disease in mild form. And this medicine is called almost a placebo. They say that serious clinical studies have not been conducted on the Selank drug, the doctors' reviews.

Opinion of patients about the drug 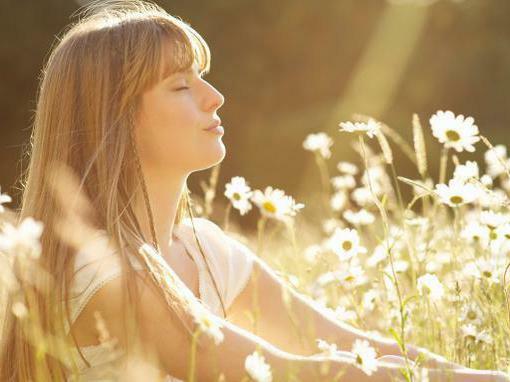 Reviews of "Selanka" are only positive and neutral. That is, the people who helped this medicine were satisfied with the result. Nasal drops quickly removed anxiety and absent-mindedness, normalized sleep, increased efficiency, eliminated the nerves. People after their use wanted to smile and enjoy life. The chief, relatives and friends did not exasperate them. Easily removed the depression, which lasted more than one week, helped to cope with the anxiety and fear of the drug "Selanc".

Reviews for children say that he had the most positive effect on the memory, ingenuity of the children. After taking drops, children become easier to fall asleep and sleep better, it is better to perceive new information.

Neutral testimonials say that the remedy does not help, it is expensive and has a relatively small bottle that is literally enough for several applications.

Selank is a new generation of tranquilizer. Helps cope with everyday difficulties and cure many diseases. Thanks to his action, many people have had the opportunity to enjoy life and not succumb to despair, anguish and anxiety.