Discoordination of labor: what is it, classification, causes and treatment

In the normal course of pregnancy, closer to the time of delivery, prenatal contractions of the uterine walls are observed, which are often painless, but mostly they occur at night and cause softening of the cervix.

The main varieties of anomalies include discoordination of labor, which provokes a violation of the normal course of pregnancy. Such violations are a serious threat to the health of women and the fetus, which is why they require timely medical intervention and medical correction.

How the generic activity of the 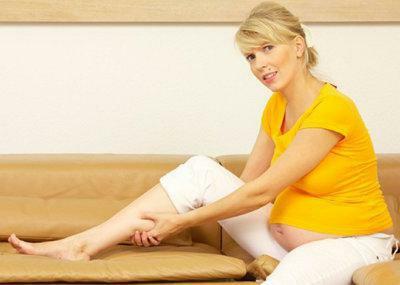 Generic activity is inherently a reduction of the walls of the uterus, alternating with relaxation. Contractions continue throughout the period of delivery. In the body of a pregnant woman, they provoke various kinds of changes, in particular, such as:

The normal course of labor is dynamic and regular. Regularity implies fights of equal duration and intensity, having equal intervals of time. Dynamic implies a gradual increase in intensity and an increase in the duration of contractions of the uterus.

Contractions are required for the opening of the cervix, as well as subsequent fetal movement through the birth canal. The uterus shrinks somewhat during fights, it becomes much denser and somewhat diminishes in volume, thereby pushing out the baby. Normally, while fights are weak and short, cervical dilatation occurs slowly enough, and when the contractions become more intense, the hole in the cervix becomes more and more stretched, and the child begins to gradually move along the birth canal.

What triggers discordination of fights

Discoordination of labor is characterized by the fact that fights are very violent, painful and often ineffective. In this case, the disclosure of the cervix and the subsequent advancement of the child does not occur. Unlike many other complications of labor, the discoordination of labor is symptomatic from the outset, which is why it is quite possible to recognize its course in the body. In contrast to the natural course of labor( in which the first contractions are almost painless), with violations, the first sensations will be very sharp and painful. 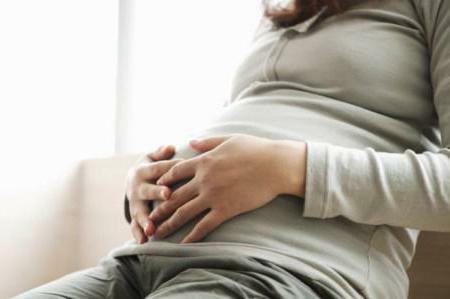 In a normal state the labor activity proceeds slowly enough and gradually, since the very first labor that a pregnant woman feels is usually continued for several seconds, and the duration between them is no more than 20 minutes. Discoordination of labor is characterized by the fact that from the very beginning the fights become lengthy and frequent, since they last more than 1 minute, and the intervals between them do not exceed several minutes. In addition, the fights are rather irregular and they are felt painfully enough. There is also a lack of positive dynamics in the course of labor and a gradual increase in labor.

Unlike the natural course of labor, the pathological process is characterized by painful, spastic and irregular contractions of the uterus, and also by the absence of changes in its structure. In case of violations of the normal course of labor, the cervix does not soften, it becomes dense and practically does not open. The pathological process can last for several days. 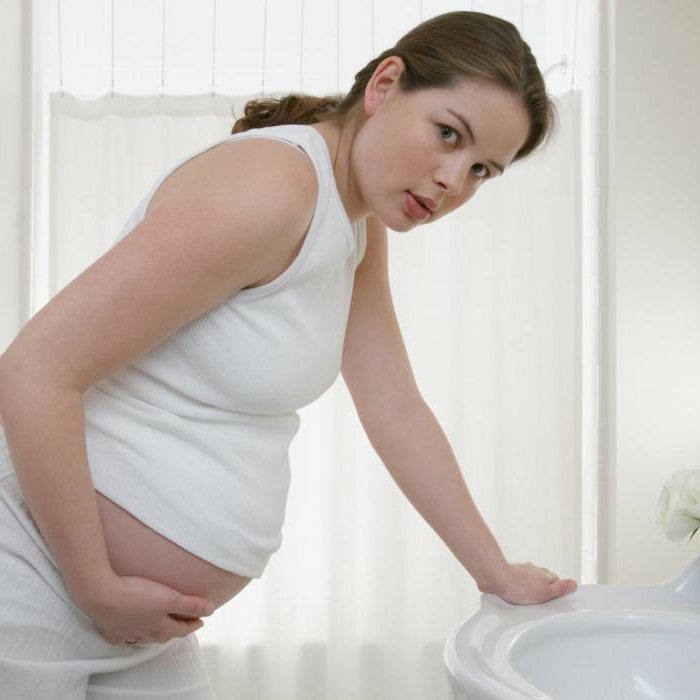 If there is discoordination of labor activity, the reasons for this can be very different, in particular, the following conditions lead to this state:

In addition, discoordination of labor causes can have other causes, since age-related changes lead to such a disorder. In particular, pathology can occur if the age of the primipara is more than 30 or less than 17 years.

Many pregnant women are interested in: discoordination of labor - what is it and how does the pathology develop? Such a violation is characterized by indiscriminate intensive contractions of various parts of the uterus, resulting from the displacement of the rhythm region. At the same time, this condition can be observed in several separate areas of the uterus. In this case there is no synchronicity of contraction and relaxation. 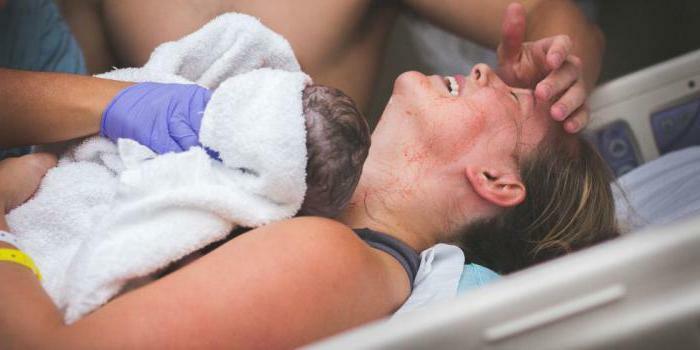 Discoordination of labor is a dangerous enough pathology, which provokes violation of uterine contractions, as well as untimely passage of amniotic fluid. The cervix becomes much denser, and the edges of the cervix become tight and do not lend itself to stretching. Thus, the discoordination of labor activity( what this is and how this pathology manifests itself, we discussed above) requires the intervention of specialists who will be able to quickly recognize the occurring disorders in the body and select the most appropriate methods of therapy.

Discoordination of contractions is considered to be the most unusual and rather dangerous complication of labor. Unlike many other complications, the causes of the pathology that has arisen are not related to the state of health of the pregnant woman or to the peculiarities of the child's bearing process. The main cause of the disorder is related to the state of the nervous system of the woman at the time of the onset of labor.

Contractions appear due to the passage of nerve impulses sent by the brain to the uterus. If these impulses pass quite often and unsystematically, then discoordination of labor activity occurs. The main cause of this condition and disruption of the natural course of labor is the fear of pregnancy before childbirth. 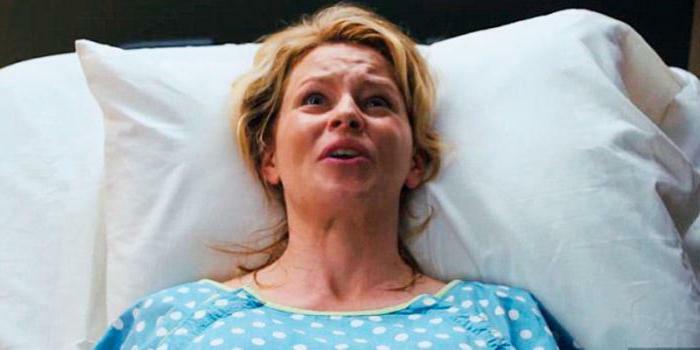 As a result of malfunctions of the nervous system, the signals responsible for the course of labor activity come in fairly unevenly and may, after a certain time, weaken or, on the contrary, intensify. Because of the violations, the bouts become much more painful and not productive enough. Often such fights badly affect the state of health of the pregnant woman and the child.

The main signs of discoordination of labor are the intensification of painful sensations in the process of childbirth, as the woman experiences panic tension, fear of childbirth and the presence of negative emotions. In this case, the spastic contraction of the uterus during the fights can occur not only in the region of the longitudinal nerve fibers, but also in the region of the transverse nerves.

In some cases discordination of birth activity by the type of dystocia of the cervix can occur, which results from the presence of anomalies in the fetus or in a pregnant woman. This condition can be observed due to the presence of a fairly narrow pelvis in a woman, which provokes a complex course of labor.

If there is a violation of normal labor activity, multiple disruptions of the cervix, vagina, and tearing of the uterine walls can occur. In addition, there may be a prolonged course of labor, and in some cases, a child's birth trauma occurs.

Degrees of severity of pathology

In the process of delivery, discoordination of labor can often be observed. Classification of this pathology is based on the severity and possible complications of the disease.

The first stage of the disease is characterized by the occurrence of prolonged, frequent and painful contractions. The period of relaxation is significantly reduced. The opening of the cervix is ​​very slow, and as a result, significant ruptures can occur. When conducting a survey, it is found that there is very little fertile water. If an opening of the fetal bladder occurs, the contractions can immediately normalize.

The second degree of pathology manifests itself often in the presence of a narrow pelvis in a woman or as a result of the application of a certain rhodostimulation, which is forbidden by a pregnant woman. In addition, the 2nd degree arises from the aggravation of the course of the 1st stage of pathology. This stage is characterized by a fairly long and painful course of labor. The cervix can remain immature and within 10 hours after the onset of labor. The fetus remains stationary during the whole time and does not advance to the entrance to the small pelvis. A similar condition threatens to rupture the walls of the uterus, as well as the trauma of some organs of the fetus.

The third stage of pathology is the most difficult, since the uterus in this case is divided into several separate zones, where each adopts the function of a peculiar launching center. Each department of the uterus is reduced in its own rhythm, which completely do not coincide with each other. Generic activity in this case can completely stop.

The uterus tightens the fetus very strongly, as a result of which it suffers very much and sometimes a tumor can be diagnosed during natural childbirth. In the course of this degree of pathology, a caesarean section is indicated, if there are no contraindications to such an operation.

Diagnosis of discordination of genera

We already know what is the discoordination of labor. Diagnosis, treatment require a competent, integrated approach. It is very important to recognize the violations in a timely manner, as this will allow you to select the required therapy. 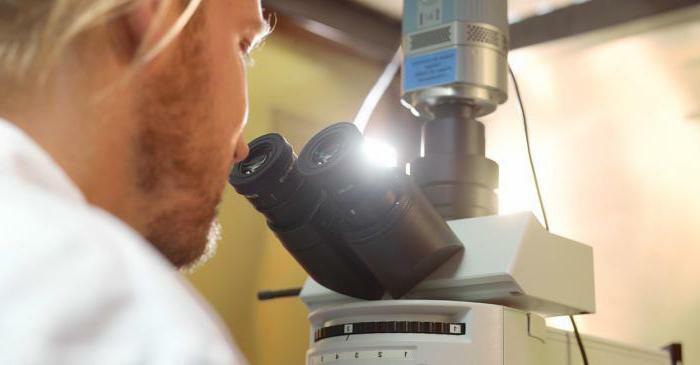 Diagnostics involves cardiotocography. When it is performed, the sensors attached to the pregnant belly are fastened with elastic bands. One of these sensors fixes the baby's heartbeat.

Another sensor helps to control the process of fights. All the results obtained are fixed in the form of graphs. Analyzing the results, the doctor can get a complete picture of the course of labor and its possible violations.

Treatment of discoordination of labor should be primarily aimed at eliminating the pathological process. If there is a strong spasm of the uterus, the pregnant woman is prescribed tranquilizers and antispasmodics. After the termination of the applied substances, the birth activity comes back to normal. 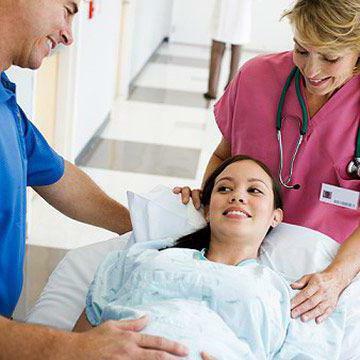 Therapy should be aimed at eliminating painful contractions of the uterus, as well as accelerating the opening of the neck of the organ. For the treatment of discoordination of labor, painkillers, antispasmodics, and sedatives are used. For the operational preparation of the cervix for the disclosure and the beginning of labor is used drugs based on prostaglandin. The duration of the course of therapy largely depends on the features of the course of the pathological process, but it should not last more than 3-5 days. In the absence of the desired effect of the therapy, a caesarean section is indicated.

What if the expectant mother suspects that she has a discoordination of labor? The pregnancy pathology clinic has all the necessary means for conducting quality complex therapy, so it is important to contact the doctor in a timely manner.

For the purpose of prevention of discoordination of births, careful adherence to the prescribed treatment regimen is indicated, as well as painless and careful management of the entire process and full control by specialists. Drug therapy is mandatory for prevention as there are risk factors for abnormalities of uterine contraction.

Women at risk should be physiologically and psychologically trained for childbirth, and it is also important to teach pregnant methods of muscle relaxation. Without fail, you need to control muscle tone and avoid stressful situations. The duration of a night's sleep should be at least 8-10 hours, and it is also important to organize a day's rest. There are long walks in the open air and properly selected food.

Births with discoordination take place naturally or a cesarean section is prescribed - it all depends on the degree of severity of the pathology and the complications that have arisen. 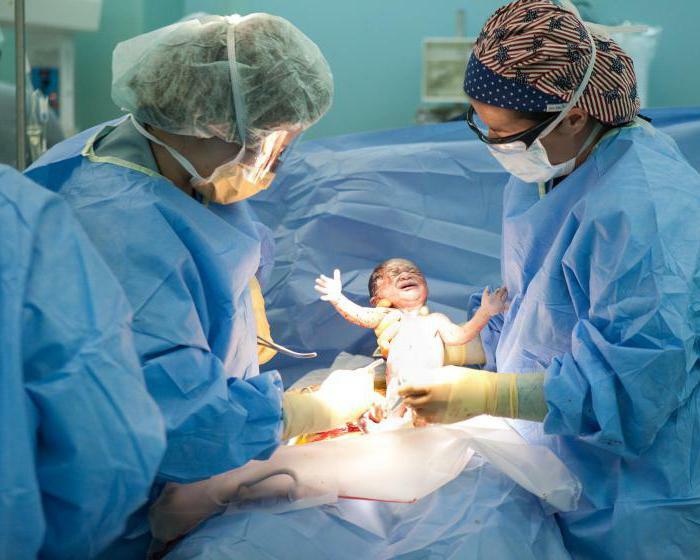 In the absence of indications for surgery, drug therapy is performed. For this purpose, the administration of antispasmodics, in particular such as "Baralgin" or "No-Shpa", is prescribed. In addition, analgesics are used. To eliminate hypertension of the uterus, apply "Brikanil", "Partusisten", "Alupent", and then literally in half an hour the battles are resumed and proceed normally.

Prevention of fetal hypoxia is mandatory, and when the cervix is ​​opened by 4 cm, mandatory epidural anesthesia is performed( the drug is injected into the spine).

If drug therapy does not help, then a cesarean section is performed. The main indications for surgery are:

In the presence of the pathology we are considering during labor, an experienced gynecologist, anesthesiologist-resuscitator and neonatologist must be present.