Inflammation of the pancreas is called pancreatitis. But in order to reliably establish a diagnosis, differential diagnosis should be carried out. Pancreatitis can be acute or chronic. It is important to know its characteristic signs, in order to distinguish it from other gastrointestinal diseases. 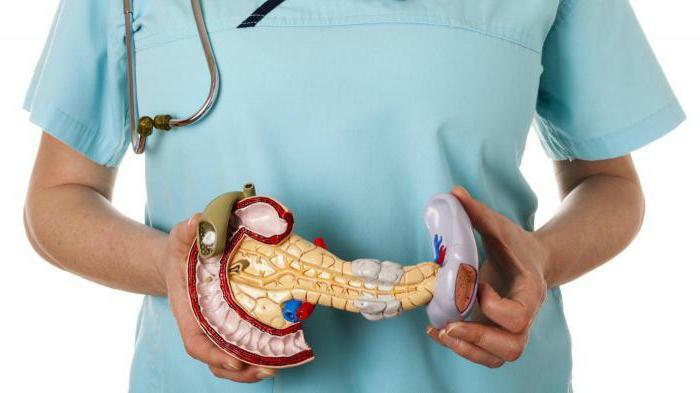 You can find the most suitable treatment tactics if you know exactly the diagnosis. For this, differential diagnosis of pancreatitis is carried out. It is important to be able to distinguish this disease from a number of others, similar in symptoms. Such diseases include:

It is possible to determine which problem is caused by certain symptoms, as a rule, only in the hospital. Doctors need to know the characteristic signs of all diseases in order to establish a precise diagnosis. 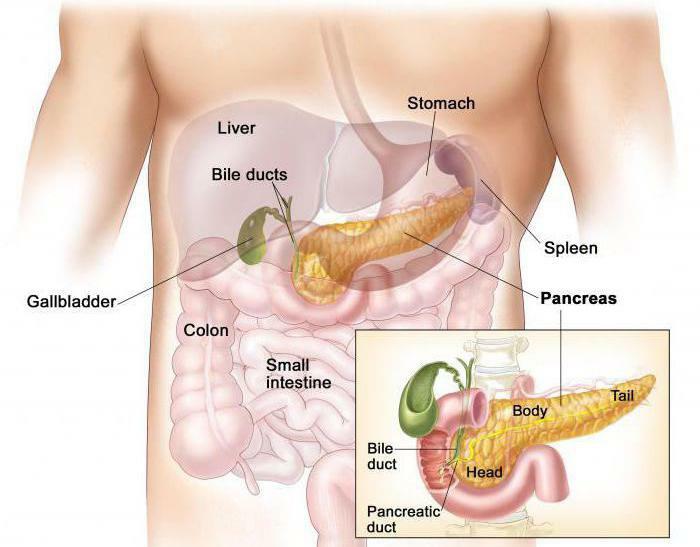 The tumor can be detected by computed tomography in 85% of cases. But the best way to differential diagnosis of cancer and pancreatitis is to use ERCPH - endoscopic retrograde cholangiopancreatography.

Pancreatitis can be distinguished from a perforated ulcer by the behavior of a patient. In the first case, he will try to take one position and not move. With pancreatitis, the patients are restless. In addition to pain, they experience vomiting.

To understand what exactly bothers a person, you can use ultrasound. This study makes it possible to diagnose cholecystitis. With this disease, patients complain of pain on the right side, which passes into the appropriate shoulder. On ultrasound with cholecystitis, an inflammatory process is seen.

Intestinal obstruction manifests itself in the same way as pancreatitis. You can distinguish these diseases by blood tests. For this, the diagnosis of pancreatitis is carried out. Analyzes will show diastases and an elevated level of chlorides in inflammation of the pancreas.

To understand how inflammation of the pancreas manifests, it must be understood that it can be acute or chronic. In the first case, the symptoms are pronounced, the doctor can easily understand that the patient has acute pancreatitis. Diagnosis is mandatory, and only after confirmation of the assumptions of the doctor( with the help of ultrasound and analysis) is prescribed treatment.

Chronic pancreatitis is characterized by alternating periods of slight improvement / deterioration. Thus the inflammatory process goes sluggishly. But it leads to atrophy of the gland tissues. 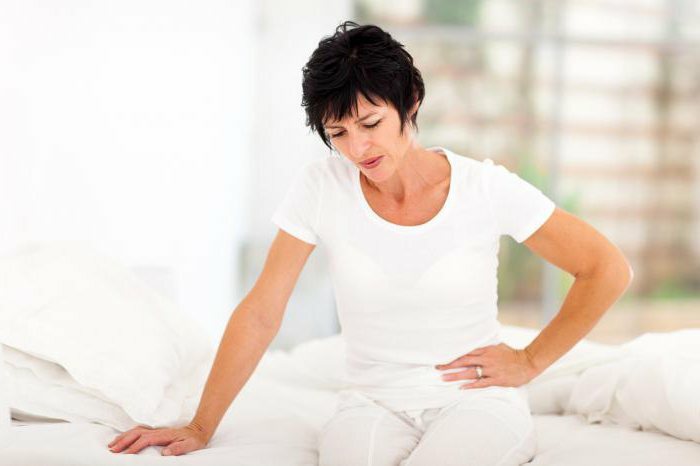 Laboratory diagnosis of pancreatitis is necessary to determine the severity of the disease. Acute inflammation can occur in mild form. In this case, the organs and systems are minimally affected. The disease in the swelling of the gland is expressed. Such pancreatitis is easily treated, patients recover quickly.

In severe form of acute inflammatory process in the pancreas, severe abnormalities in various organs and tissues are observed. In addition, severe form can be accompanied by such complications:

This should be taken into account when the diagnosis is carried out. Pancreatitis, in which tissue necrosis has begun, can lead to death. This happens, as a rule, when the purulent form of the disease develops.

Variants of the chronic form of inflammation 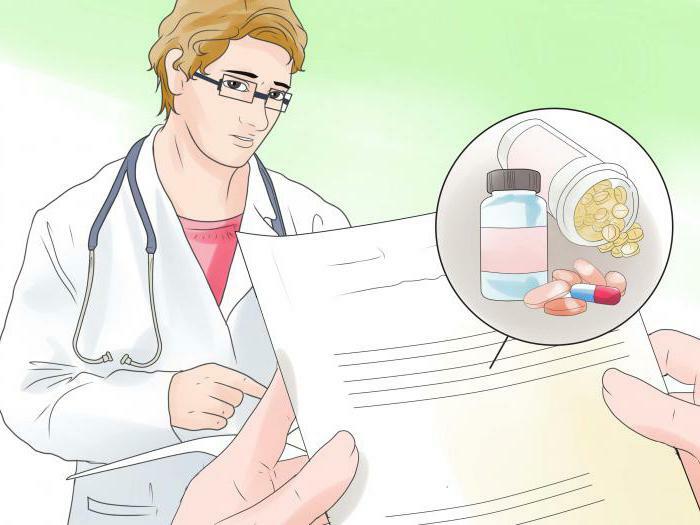 Specialists distinguish two subspecies of chronic pancreatitis. It can be primary or secondary. In the first case, inflammation begins directly in the pancreas. Secondary chronic pancreatitis develops against a background of other diseases of the digestive system. It is a complication.

In this disease, inflammation can then decrease, then start to develop with new strength. But this is not as harmless as it might seem at first glance. A competent diagnosis of chronic pancreatitis is necessary, because with it tissue atrophy can begin, the pancreas eventually calcifies, its normal tissues are replaced by scars.

It is possible to understand when it is necessary to consult a doctor if you know the signs of the onset of an active inflammatory process. These include a pronounced pain symptom. Most patients point to the epigastric region( left hypochondrium).Pain surrounding, she can give to the area of ​​the left scapula. In the supine position on the back, it only intensifies. Deterioration is observed after taking alcohol, fatty, fried or spicy food.

In addition to pain, there are other signs that say that acute pancreatitis has started. Diagnosis and treatment should be carried out in a hospital hospital. This will make it possible to establish the diagnosis as precisely as possible and to shorten the time required for restoring health. Symptoms of this disease are:

- vomiting that does not bring relief( can be indomitable);

is a mild icteric sclera; in some patients the skin may appear yellowish;

- hemorrhages in the navel area, cyanotic stains on the body;

Also, the disorder is indicated by a violation of the stool, the appearance of excessive fatigue, decreased pressure, pale skin and increased sweating. Patients often complain of dry mouth, while seeing a white coating on the tongue. 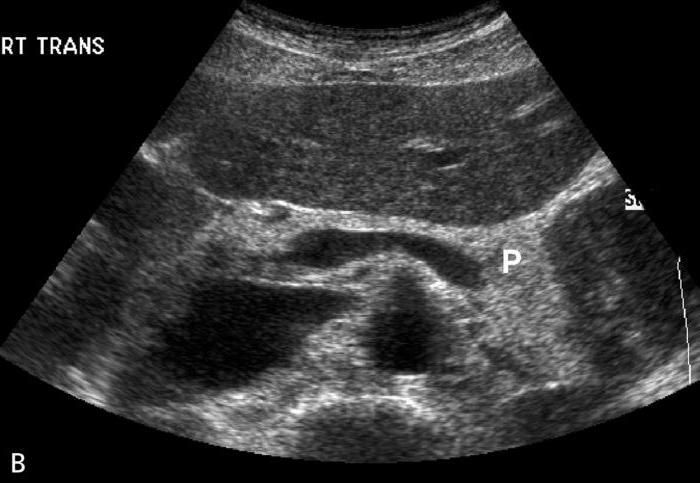 To understand that you have problems with the pancreas, you can not only for indomitable vomiting and severe pain. Some people can be tormented for years and do not know that they have chronic pancreatitis. Diagnosis and treatment will be complete if the patient in a timely manner go to the hospital.

On the development of chronic pancreatitis testify:

- periodic pain localized in the left hypochondrium, often they give back area;

- a periodic feeling of nausea;

- diarrhea, which produces a characteristic odor;

If pancreatitis is not treated, the patient develops weakness, dizziness. Some may even develop type 2 diabetes, memory impairment becomes noticeable, breathing problems appear. 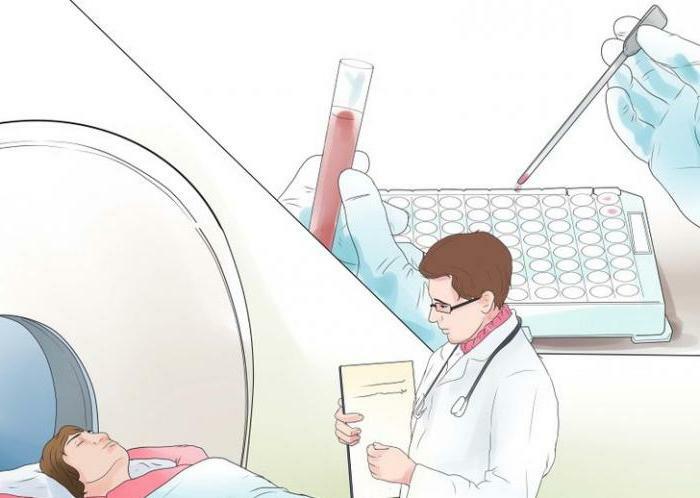 When patients with suspicion of pancreatitis are admitted, they are given a comprehensive examination. First of all, a biochemical blood test is done. It allows you to determine the type of disease, thanks to this test, more accurate diagnosis of pancreatitis. Analyzes provide an opportunity to clearly present the picture of the disease.

When inflammation of the pancreas increases the level of alpha-amylase, lipase, sharply increases the activity of the C-reactive protein. If the disease is accompanied by a malfunction in the kidneys, then the blood level of urea increases. At the same time, one can see a decrease in the number of proteins, including albumin. Also noticeably decreases the amount of insulin, because of what the level of glucose begins to grow.

Water and electrolytic analysis allows you to determine how much the blood composition has changed. Reducing the level of fluid can lead to blood clots and clogging of small vessels. Also this analysis allows to determine the concentration of minerals: potassium, sodium, calcium. They are responsible for the normal functioning of the heart and blood vessels.

A general blood test gives an idea of ​​the nature of the disease. Pay attention to the level of leukocytes and erythrocytes. Without this survey, a full diagnosis can not be made.

Pancreatitis is also established by the analysis of urine. In this disease, the level of alpha-amylase deviates significantly from the norm. But this is observed only at the initial stages of the disease. With the progression of pancreatitis in the urine can detect red blood cells, white blood cells and other components.

Methods for diagnosing pancreatitis are quite diverse. In addition to researching biological fluids, the doctor needs to see how the pancreas has changed. It is also necessary to establish whether its inflammation affected the surrounding organs and tissues. 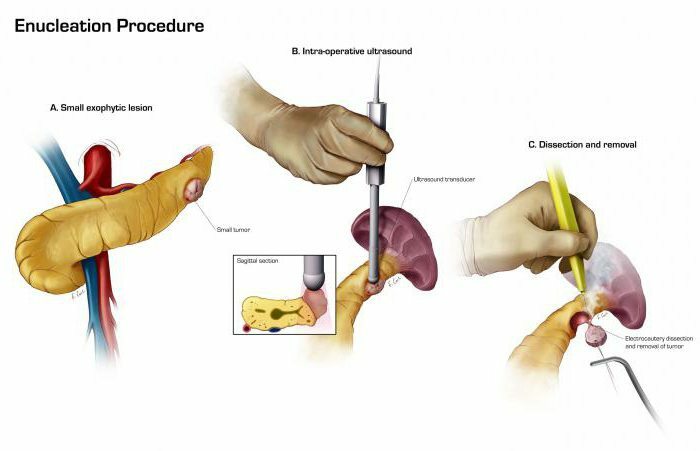 The most accurate and effective is ultrasound diagnosis. It allows you to visualize the gland, see if there are inflammatory processes, whether the tissues of this organ have become dirty. Diagnosis of chronic pancreatitis can also be performed with the help of ultrasound. This disease can be determined even in the asymptomatic period. Also, the ultrasound can examine the bile ducts, determine the onset of purulent abscesses and see the fluid.

Laparoscopy allows you to simultaneously diagnose and treat pancreatitis. In some cases during this mini-operation it is possible to minimize the negative effect of inflammation on other organs. But laparoscopy is used only in extremely difficult cases.

Computed tomography can also be used for diagnosis. Pancreatitis can be established by characteristic signs: the increased size of the pancreas, the presence of inflammatory processes and dead tissue.

Endoscopy allows you to see all the changes in the pancreas and in the duodenum. To do this, the endoscope with the chamber mounted on it is inserted into the esophagus.