The terms "allergic reactions", "Quincke's edema", "anaphylactic shock" appeared in medicine relatively recently, at the beginning of the twentieth century. The world was represented by the French scientist, Nobel laureate in medicine, physiologist Charles Richet. Then Alexander Mikhailovich Bezredko picked up his idea in Russian medicine, he improved the methods of administering drugs to patients with allergies in the anamnesis. Later, emergency protocols were developed for such patients, and the number of deaths decreased. However, despite modern medicines, the death rate from anaphylaxis is still high. 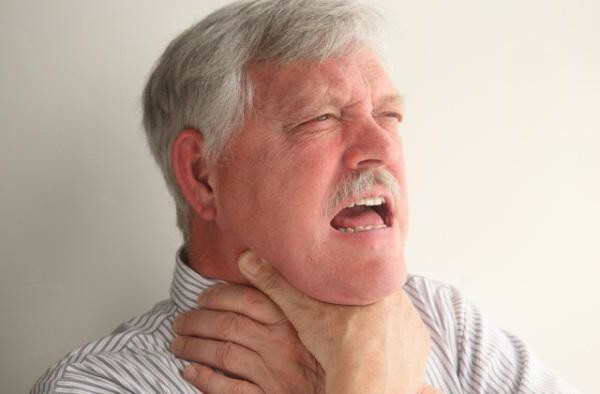 In a broad sense, an allergy is an increase in the sensitivity of the immune system to a specific causative agent and its violent reaction in a repeated collision with it. Allergic reactions are of several types:

Anaphylactic reactions are a manifestation of an allergic reaction of the first type, that is, immediate.

In addition, anaphylactoid reactions, which are similar in clinical manifestations with anaphylaxis, are also isolated in clinical practice, but the mechanism of their formation is due to the activation of inflammatory cells by foreign substances, complement proteins, and not by "antigen-antibody" complexes.

Initially, anaphylactic allergic reactions occurred when a toxic substance entered a person's body. As an example, bites of poisonous insects and reptiles can be cited. But in the modern world the body can react incorrectly even to the usual, banal things:

This is only a brief, very generalized list of what can cause an allergy in the average person. In addition, if such reactions are observed in relatives of the first line of kinship, then most likely, the child will also have the same reaction. 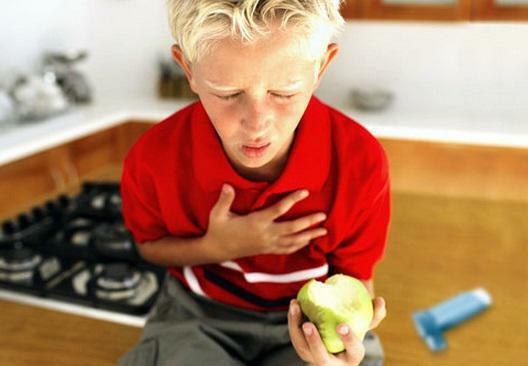 Principle of the development of the

reaction Allergic reactions of the anaphylactic type are associated with the pathological response of the immune system to the ingress of foreign agents into the body. Normally, at the first meeting with the antigen, the body produces immunoglobulins M, and when it is repeated - G. But sometimes this process is confused. Anaphylactic type of reaction occurs when the population of specific immunoglobulins E. increases. They appear from the moment of contact with the substance for the first time, but at first they do not manifest themselves. Instead, they are fixed on the surface of mast cells( basophils) and wait for their time. If a person re-contacts the antigen, IgE activates basophils and releases inflammatory mediators, such as histamine, cytokines, interleukins, prostaglandins and leukotrienes. With a large amount, they systemically affect the tissues of the body, causing swelling, vasodilation, contraction of smooth muscles in the walls of hollow organs, respiratory disorders, increased secretion of glands. In the place of penetration of the allergen, an inflammation zone is formed. This is the phase of immediate hypersensitivity.

But the development of the anaphylactic reaction also has a second period, or a phase called delayed hypersensitivity. To form the focus of inflammation, cells - lymphocytes, neutrophils, eosinophils, macrophages - enter by chemotaxis. They contain in the cytoplasm substances necessary to fight the foreign agent, but instead destroy their own tissues of the body, and instead they form connective tissue. As a rule, the delayed reaction occurs six hours after acute and lasts up to two days.

The types of anaphylactic reactions are divided according to the severity of their clinical manifestations. Characteristic signs help to quickly assess the patient's condition and provide him with the necessary help. 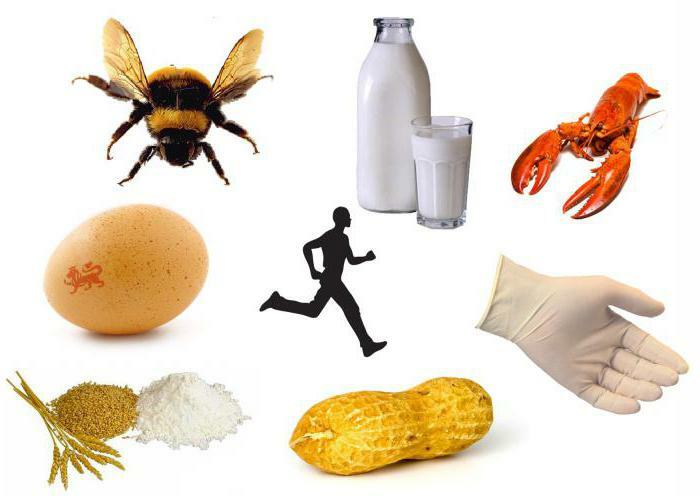 Basically appear with mild to moderate severity of allergic reaction, cause discomfort in the patient, but do not lead to death:

Associated with the complex effect of an allergen on the body:

It is the most severe manifestation of what allergic reactions are capable of. Anaphylactic shock begins abruptly, during the first few minutes after contact with the antigen. First of all, the doctor should be alerted by a violent local reaction to a medicine, food or a bite. It can be excessive pain, jet edema, unbearable itching or a sharp drop in pressure. If the food allergen, then everything can begin with vomiting and swelling of the mouth, larynx or pharynx. 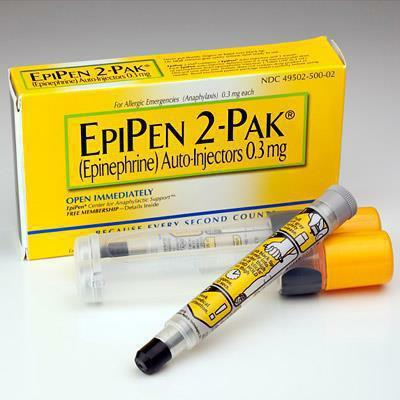 The second stage is the reflex spasm of the bronchi and the overlap of the airway lumen, up to the stopping of breathing. Increases hypoxia, lips and limbs turn blue, the patient loses consciousness, falls into a faint, or sinks into a coma. Without an operative intervention of a medical worker, a person dies very quickly without coming to consciousness.

In order to prevent the spread of antigen in the body, a tourniquet is placed above the site of the allergen( if possible) and the cube floor is immediately injected with 0.1% adrenaline solution( subcutaneously or intravenously).And add there, in a vein, "Prednisolone" at the rate of 5 mg per kilogram of the patient's weight to slow down the systemic reaction. If these measures do not help, and the person continues to suffocate, it is necessary to intubate the trachea and begin to ventilate the lungs with an Ambu bag or an IVL apparatus. It happens that it is impossible to insert a respiratory tube, then a decision is made about a cototomy or a tracheotomy. This will provide access to oxygen and save the life of the patient.

Features of the introduction of

All this time, while urgent measures are being taken, you can continue to inject epinephrine to a total dose of two milliliters. But do not get carried away, as an overdose can worsen the condition and aggravate the anaphylactic reaction. In order to remove bronchospasm( if after adrenaline injection he did not pass himself), you can inject twenty milliliters of "Eufillina" intravenously( slowly) into the patient.

If there is no prednisone, it can be replaced with shock doses of other glucocorticoids, for example, 500 milliliters of Metiprednisolone or the contents of five ampoules of Dexamethasone. Smaller doses will be ineffective. 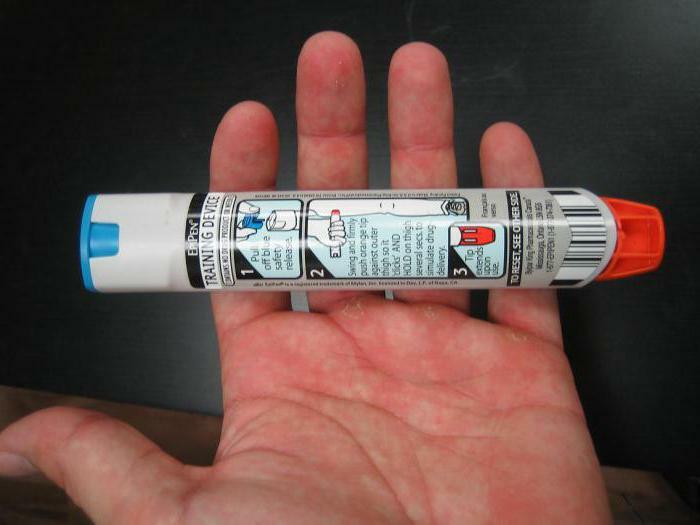 Anaphylactic reactions are easier to prevent than cure. To do this, avoid possible contact with the allergen, if known to a person, and be sure to report such reactions to medical professionals before the administration of medications, surgery or physiotherapy procedures. In addition, allergy sufferers with experience must carry a syringe pen with adrenaline and a nebulizer with a short-acting bronchodilator. This will greatly accelerate the provision of medical care in the event of an attack and can save a person's life.