Pain in the sacral spine of women: causes, diagnosis, treatment

The sacrum is called the spine, which is located between the coccyx and the lower back. This area represents only one bone, which is formed by 5 fused vertebrae. 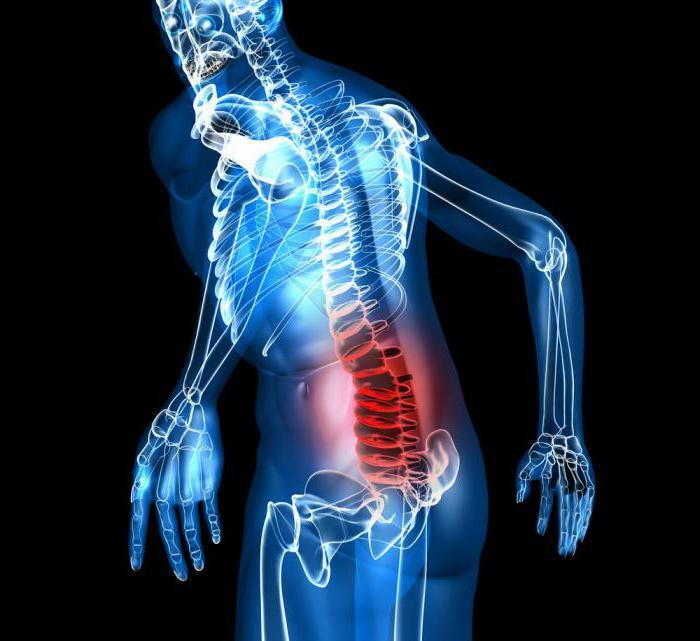 Pain in the sacral spine in women occurs very often. Such feelings are of a pronounced nature and cause great discomfort.

Pains of this nature in the fairer sex occur much more often than in men. The reason for this is the fact that the female vertebrae are less durable and with great difficulty tolerate any physical activity. By the way, the load on the sacrum in the weak half of mankind during menstruation and during pregnancy is very, very intense.

Pain in the sacral spine in women: the causes of

There are many reasons why the fairer sex has unpleasant sensations in the sacral region. Most often, such pains are associated with:

As for men, they can also have similar pains. Usually they are associated with chronic prostatitis, stress and increased psycho-emotional stress.

Pain in the sacrum of the spine in women can be different. To understand the reason for such feelings, you need to observe your state.

Consider the features of pain in one or another case in more detail.

Pain in the sacral spine in women after a trauma is often accompanied by a spasm in the sacro-vertebral muscles. This phenomenon repeatedly intensifies the intensity of unpleasant sensations. As a result, patients take an unnatural position in order to facilitate their own well-being. 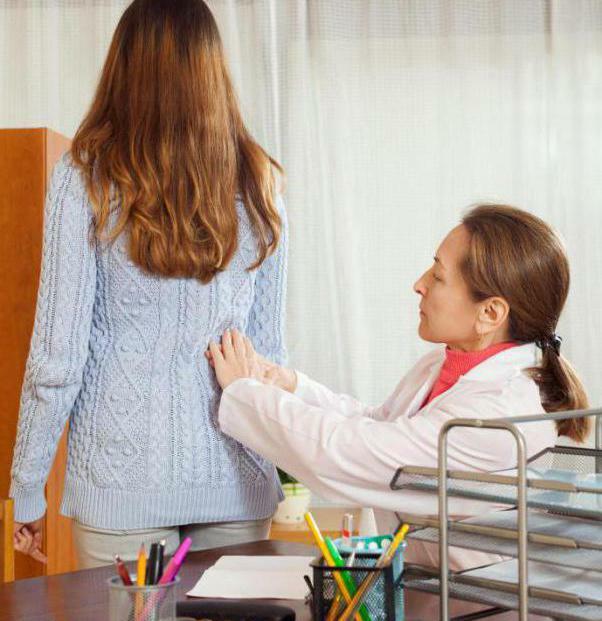 It should be specially noted that the pains after a bruise disappear after a few days. But this is only if the victim was provided with a state of complete rest.

Combination pain in the sacrum and lower back

Pain in the sacrum of the spine in women, which is combined with unpleasant sensations in the lumbar region, is usually caused by osteochondrosis. By the way, often with this diagnosis, pain syndrome gives to the lower limbs.

A patient with osteochondrosis senses tension in the back, stiffness and sensitivity disorders in the lumbar region and sacrum. This disease is characterized by a reduction in symptoms after taking a horizontal position. Sometimes, in order to reduce unpleasant feelings, the patient takes a compulsory position, for example, stands on all fours, squats, lies on his side with bent legs in the knees.

Unpleasant sensations in coccyx and sacrum

Why do pains occur in the sacral spine in women? When sitting, such sensations appear due to traumatic injuries or inflammation of articular joints. Trauma of the coccyx often leads to the appearance of bone callus, which makes the joint stiff.

With such a disease, the patient is not able to quickly change his position. With a prolonged standing, it is difficult to bend over him, and when he rises from the chair it is not easy to straighten out.

Pain in case of problems with the sacrococcygeal articulation is blunt and monotonous. They can also be paroxysmal and acute.

Pain in the sacrum on the left or on the right

Why sometimes there is a spot pain in the sacral spine in women? Treatment of such a pathological condition should be carried out only after the diagnosis.

Unpleasant sensations on one side of the sacrum can be caused by damage or inflammation of the sacroiliac joint. His impaired work is associated with the displacement of the pelvic bones, as well as a violation of the blood supply to the leg.

In addition to pain in the sacrum, such a disease can cause gait disturbance and cramps in the muscles of the lower limbs.

In the event that the patient has a sore on his right, it affects his whole body. He grows thin, his liver, stomach and intestines are disturbed.

Such feelings most often occur with spondylolisthesis, that is, a disease that was caused by the displacement of the 5th lumbar vertebra. In addition, such pains are typical for inflammatory or traumatic disorders of the gluteus muscles and sacroiliac ligament.

Regular aching pain can also be characteristic of tumors.

Pain in the sacral spine in women and the temperature often speak of such gynecological disorders as: 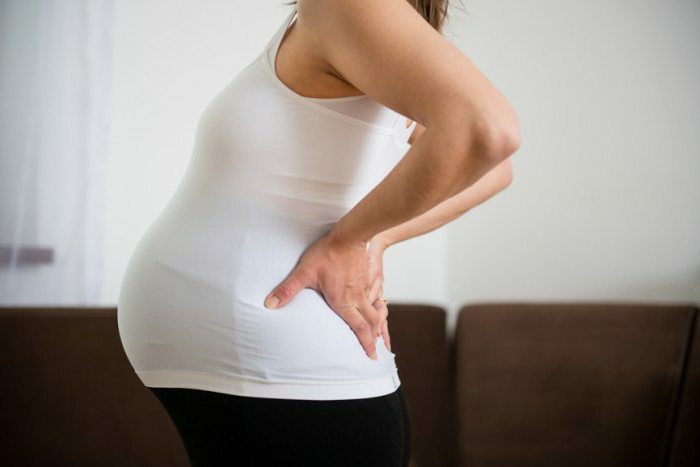 In the process of bearing a child, pain in the sacral spine in women often occurs. In pregnancy, such feelings can be associated with several causes. First, with a large size of the abdomen, the center of gravity of the body is significantly shifted. In order to balance the growing fetus, the woman bends her back stronger and stronger in the lower back. This behavior affects the sacral section, causing a rather unpleasant sensation in the spine.

Secondly, with fetal placement of the fetus in the occipital position on the sacrum of the future woman in labor constantly presses the nape of the growing baby. This phenomenon also causes back pain.

When a child changes position, a woman often has unpleasant sensations in the sacrum. In this case, they are associated with an increased stress of the muscular tissues that attach to the sacral region.

What infectious diseases can cause pain in the sacral spine in women? When getting up and during rest such unpleasant sensations arise because of tuberculosis or staphylococcus. Such infections promote a constant, not too strong pain in the sacrum.

Abnormal development of the spine

Unpleasant sensations in the sacrum often arise from the improper formation of the lumbosacral as well as the transitional vertebra. Such pains are characterized by a sudden appearance, including when: 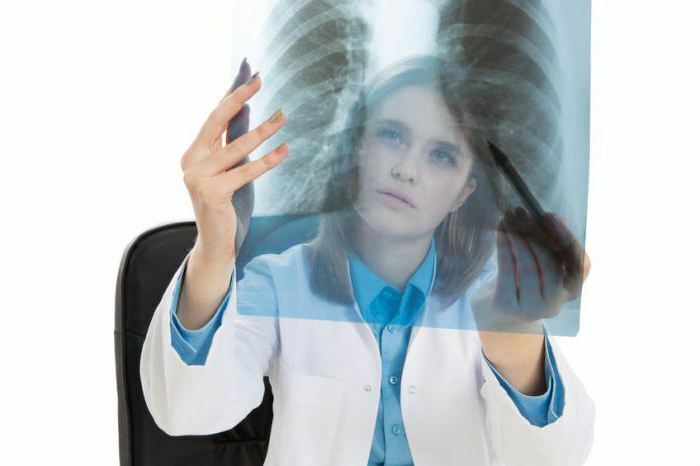 Very often the sacrum is susceptible to metastatic cancer, which is located mainly in organs such as:

A similar lesion occurs when a cancerous tumor develops asymptomatically and does not manifest itself at all and only causes pain in the sacrum at a late stage. Such feelings can be aching and permanent. Often they are worse at night and do not decrease even after rest.

How to find out why there is pain in the sacral spine in women? Diagnosis of the disease, which causes such unpleasant sensations, should be carried out in the polyclinic. For this it is necessary to consult a doctor, namely to such specialists as:

Through a personal examination, ultrasound, laboratory data, MRI, X-ray and other things, the doctor will be able to determine the true cause of the discomfort and prescribe an effective treatment.

Pain in the sacral spine in women: how to treat?

Treatment of severe pain in the sacral spine should be aimed at eliminating the underlying disease. The scheme of such therapy should be made only by a narrow specialist, based on the diagnosis and analysis data. 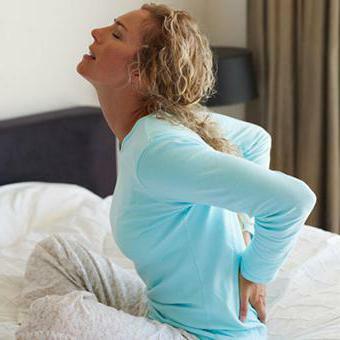 In addition to taking medications, the following complex of measures is used to eliminate pain in the sacrum:

For any pain that is localized in the sacrum, you can not make sudden movements, and also strain your body with increased physical exertion. In order to strengthen the muscles and bones, it is necessary to eat fully. Food should contain vitamins and minerals, including calcium. In your diet should include sour-milk products, greens, fruits, nuts and vegetables.

To reduce pain in the sacrum, and to relieve the tension of the back muscles, you must regularly wear a lumbosacral semi-rigid corset. This design limits the volume of movements of the lumbosacral articulation and the spinal column in the lumbar region. As a result, peace is maintained, which contributes to a speedy recovery. 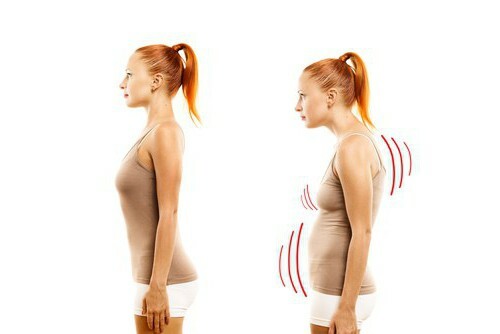 As a rule, the corset is matched to the size of the patient. Putting it under the clothes, the patient can freely go to work, move around and stuff. After the disappearance of pain in the sacrum, the use of the corset is stopped.