Nephrosis of the kidney: what is it, symptoms, treatment, operation

Kidney nephrosis - what is it? You can find the answer to this question in this article. Also we will tell you about why this disease occurs, and how it should be properly treated. 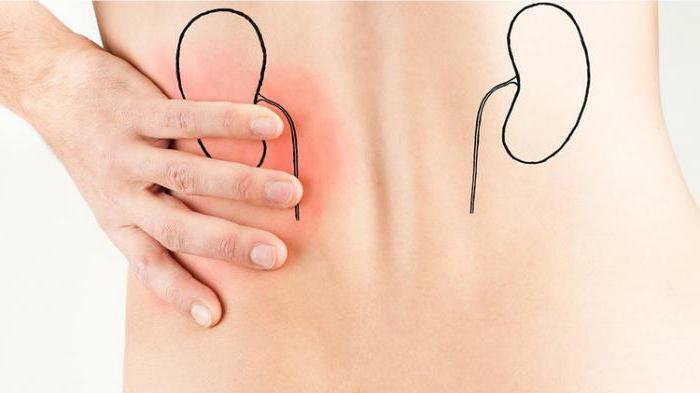 Kidney nephrosis - what is it? In modern medicine, this term is used to refer to dystrophic changes in the kidneys. With this disease, kidney tubules are primarily affected. As a result, paired organs cease to perform their main function, which consists in deducing the products of disintegration of vital activity.

Such a disease can occur acutely and chronically. The acute diseases include necrotic and febrile nephrosis. As for chronic lesions, it includes lipoid, as well as lipoid-amyloid nephrosis.

This disease is dangerous, as it causes irreversible changes in the human body. However, his timely treatment can lead to a complete recovery of the patient and restore the quality of his life.

The Institute of Urology, where this pathology is treated, conducted observations that revealed that renal nephrosis is found not only in the elderly and people of mature age, but also in children 2-7 years old. Also, this disease can develop in adolescence and after severe childbirth.

The main causes of the development of

Kidney nephrosis - what is it? According to experts, this is a multifactorial disease. The most common causes of its development are the following:

Another name for the disease

Kidney damage, in which they are dystophically altered, is sometimes called a toxic infectious kidney. This term more fully reflects the causal nature of the disease. It is formed against the background of intoxication and various kinds of poisoning. In most patients, this pathology develops after ethylene glycol poisoning.

It should also be noted that 15-25 years ago, intoxication with sulfonamide drugs was widespread when they were actively used to treat sexually transmitted infections, including syphilis and gonorrhea. However, some microorganisms are capable of causing such damage on their own. They include cholera, plague, malaria, diphtheria.

In some women, the cause of this disease is aseptic necrosis, which occurs after childbirth.

One can not say about the genetic predisposition of man. If both parents had primary nephrotic syndrome, then there is a high probability that this disease will appear in their children.

As mentioned above, the disease in question can be chronic and acute. Depending on this, it is divided into 4 types. Let's consider features of all kinds of a nephrosis right now.

This form of the disease is the rarest. She is characterized by dystrophic lesions of the renal tubules. Most often, this disease has acquired character. Usually it occurs against the background of the development of an infectious process.

The main reason for the occurrence of such a lesion is a sharp malfunction of fat and protein metabolism, which cause changes in the permeability of the capillaries of the renal glomeruli. Getting through the walls of blood vessels, the molecules of blood proteins poison the tissues of the renal tubules, thereby causing serious changes in them.

Many experts argue that lipoid nephrosis occurs due to autoimmune processes occurring in the human body. 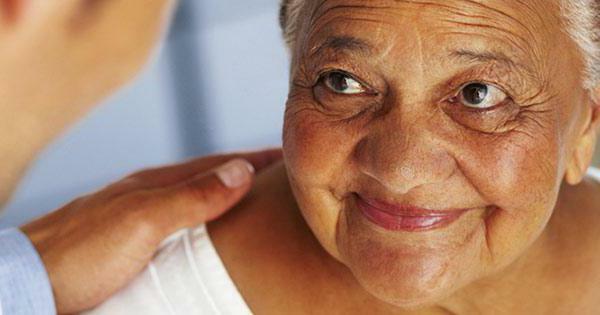 What is this form of the disease? According to the doctors, this is an infectious-toxic disease of an acute nature. With such pathology, the organ damage occurs against a background of failure of nutrition and blood supply with further dying of the tubules. This causes the development of acute insufficiency, a decrease in the amount of urine, until it completely disappears, as well as a violation of fluid filtration.

This disorder is observed together with an acute impairment of blood flow in the kidneys. When the liquid is absorbed back into the tubular lumen, the amount of toxic substances increases. Thus, the course of the disease is further complicated by damage to the renal tubules by harmful elements.

Symptoms of such pathological disorders depend on the effect of toxins on the cells and tissues of the kidneys. In this case, the shock kidney syndrome may develop.

This form of the disease develops against the background of amyloidosis, that is, a severe failure of the protein exchange, which is characterized by excessive accumulation in the tissues of amyloid.

Amyloid nephrosis may appear due to genetic failures in protein synthesis. The acquired lesion usually occurs due to impaired protein metabolism in long-term infectious diseases. Thus, the infection acts as a trigger mechanism for the production of mutated proteins that cause the body's immune response. Proteins together with antibodies form amyloid. The latter accumulates in internal organs, including the urinary system. In this case, the kidneys damage the vessels and violate the filtration of urine, which causes the development of amyloidosis.

This disease is a variant of necrotic nephrosis. The latter appears as a complication in the transfusion of unsuitable blood. Such a process promotes intravascular destruction of red blood cells. In this case, shock and acute renal failure develop. 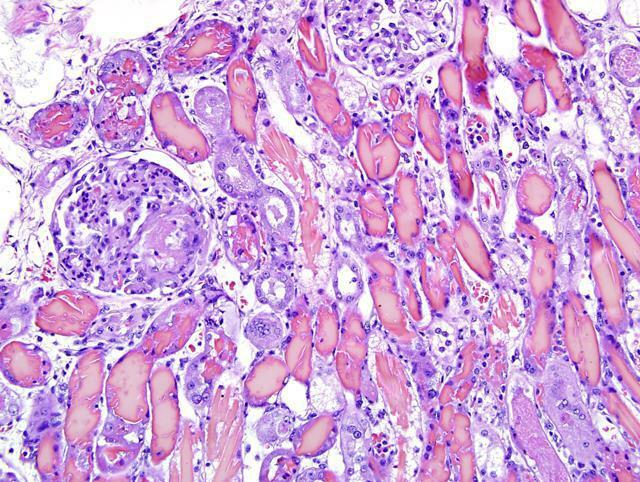 One type of this lesion is febrile nephrosis. This disease occurs with various infections, but it has no obvious manifestations. The only symptom of febrile nephrosis is an increased amount of protein in the urine. It does not require special therapy and disappears along with the infection.

General signs of the disease

The Institute of Urology, which treats the disease for many years, revealed common symptoms that are common to all types of nephrosis.

According to the experts, any type of kidney damage is accompanied by dystrophic disorders in its tubules. At the same time, their permeability to proteins is significantly increased, which causes serious metabolic failures in the body. The protein content in the blood in this state drops to 3.2%.Normally, they provide a plasma pressure( oncotic) and prevent the entry of liquid substance from the vessels into the intercellular space. In the absence of such a process, the patient develop persistent edema. Also with the development of the disease there is a decrease in the volume of urine, which acquires a dark color. This symptom is important for the timely detection of a violation.

Now you know what kidney nephrosis is manifested. What is it, we also told above. How to treat this disease, you should tell an experienced doctor.

Very often, the therapy of this lesion is associated with some difficulties. It is determined by the form of the existing disorder and the predominant symptoms.

The main direction in the treatment of nephrosis of the kidneys is:

To achieve a positive therapeutic outcome, treatment is required, which will be aimed at eliminating the underlying cause that caused the disease. For example, with nephronecrosis, special attention should be given to removing toxins from the body, as well as fighting shock.

In the case of a lipoid form of the disease, it is very important to locate the focus of an existing infection. Only then should antimicrobial treatment be carried out, which will be aimed at neutralizing the causative agent of infection.

The amyloid lesion therapy is performed for an extended period. Supportive treatment of this disease consists in the appointment of a rigid diet. Nutrition of the patient should include an increased content of vitamins.

To cure a disorder in the acute stage, a blood and plasma transfusion is performed. Also, patients are prescribed diuretics and prescribe albumin.

Prevention and therapy of the disease

Contusion of the kidney and other injuries very often cause the development of nephrosis. Therefore, you should be extremely careful during dangerous work and playing sports.

To prevent kidney diseases and diseases of the urinary system, experts recommend adhering to a salt-free diet, and to limit fluid intake. This will significantly reduce swelling. For the same purpose, there may be applications such diuretics as "Lasix", "Novazurol" and "Novurit."They promote the excretion of salts and excess fluid.

In patients with lipoidal disorder, positive changes are observed after the appointment of immunosuppressants and corticosteroids. This is due to the restoration of the structure of the glomeruli of the kidneys. The use of such medications eliminates edema and promotes the onset of remission. 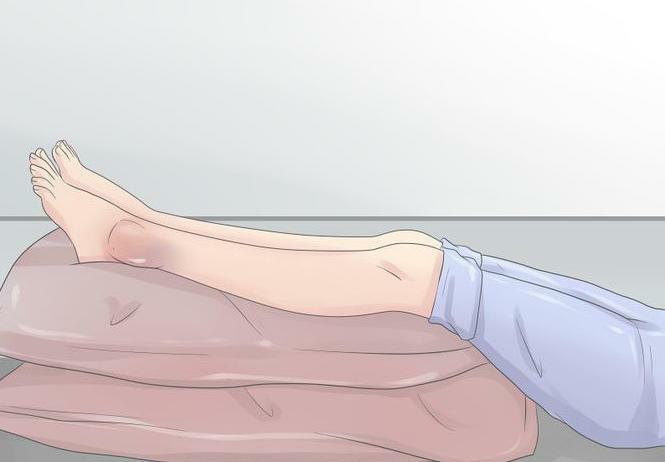 As is known, nephrotic syndrome is accompanied by a significant loss of protein. In connection with this, the treatment of such a disease should be aimed at replenishing this loss. In acute conditions with severe edema, a similar effect is achieved by blood transfusion and the intake of diuretics. To restore the supply of protein is assigned a special diet. Protein products should be present in the diet of the patient.

If the protein diet to the patient is contraindicated, then he is prescribed a high-calorie diet with the optimal amount of carbohydrates and fats. However, the amount of protein in food should slightly exceed its loss along with urine.

Thus, in the treatment of lesions of interstitial kidneys there are several approaches. Strong drug therapy during periods of exacerbation should reduce swelling and normalize the patient. With regard to remission, in this case, as a supportive treatment should be a diet, which is as follows:

It should also be noted that in the chronic form of the disease diet should be adhered to not always, but with some intervals, so that there are no other complications.

How much does the kidney cost? Only specialists can answer this question. As a rule, they are given only those people who develop serious pathology, causing a complete failure of the kidney system. In this case, an operative intervention is performed, during which the sick body is replaced by a donor organ. Unfortunately, the survival rate of the transplanted kidney in this case is not more than 75%. 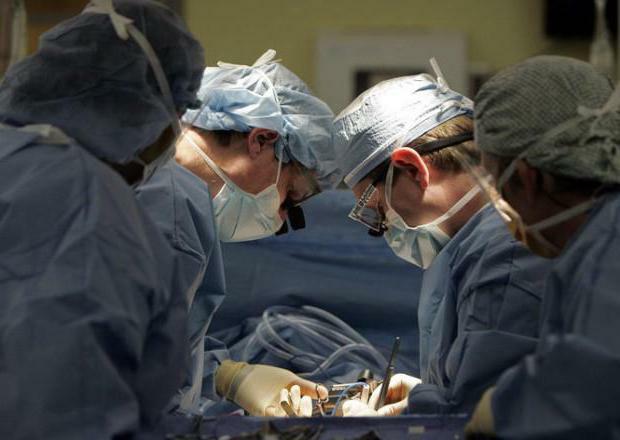 In order not to be interested in how much a kidney costs, people with chronic types of nephrosis should regularly have a sanatorium treatment. At the same time, it is possible to talk about a person's ability to work only during a period of remission.

According to the experts, any kidney nephrosis requires immediate consultation with the doctor. Diagnosis of this disease does not represent any difficulties. But for his successful therapy this is not enough.

Because of the fundamental differences between the different forms of the pathology in question, it is very important to establish the true cause that caused the development of nephrosis. At the same time, it is equally important to select the right treatment in time and in time. A positive therapeutic result can be achieved only with an adequate approach and responsible fulfillment of all the requirements of the treating doctor.