Hemostat nucleus of the brain: anatomy

The brain is a vital symmetrical organ that controls all the functions of the body and is responsible for human behavior. Its weight in infants is not more than 300 g, with age can reach 1.3-2 kg. A highly organized organ consists of billions of nerve cells, interconnected by neural connections. The network of nerve fibers has an intricate structure and represents one of the most complex formations in the human body. Anatomy of the human brain

The brain is divided into two large hemispheres, the surface of which is covered with a multitude of convolutions. Behind is the cerebellum. Below is placed the trunk, which passes into the spinal cord. The trunk and spinal cord with the help of the nervous system give commands to the muscles and glands. And in the opposite direction, they receive signals from external and internal receptors.

On top of the brain covers the skull, which protects it from external influences. Blood flowing through the carotid arteries supplies the brain with oxygen. If, for some reason, there is a disruption in the functioning of the main organ, this leads to the fact that a person passes into a vegetative( vegetative) state.

The soft shell of the brain consists of a loose connective tissue with bundles of collagen fibers forming a complex dense network. It is closely fused to the surface of the brain and penetrates into all the cracks and furrows, includes large arterial veins that deliver oxygen to the organ.

The spinal cord contains a cerebrospinal fluid that performs a damping function and is responsible for regulating the extracellular medium between nerve cells. Transparent thin arachnoid layer fills the space between the soft and hard shell.

A hard shell of the brain is a strong, thick plate consisting of paired sheets and having a fairly dense structure. It adjoins an inner smooth surface to the brain, and its upper part fuses with the skull. In places where the plate is attached to the bones, sinuses are formed - venous sinuses without valves. A hard shell plays an important role in the prevention of brain substance from trauma.

Divisions of the brain

The large hemispheres are divided into four zones. The picture below shows the location of the cerebral cortex: 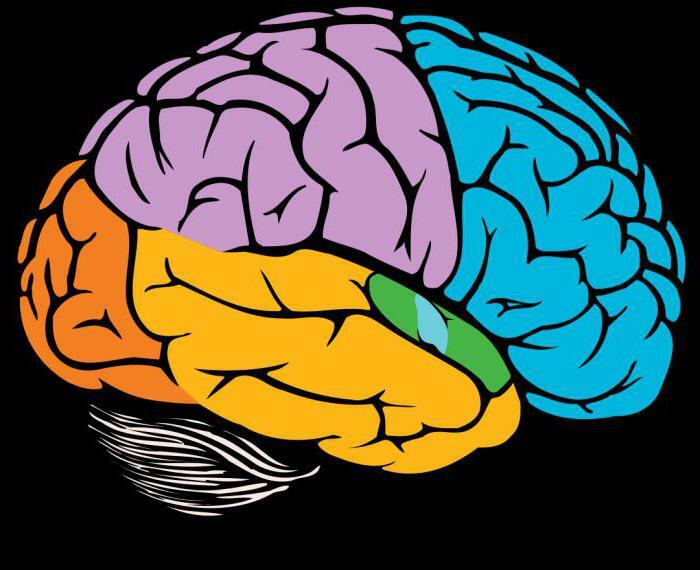 The table of brain departments presents the main functions of the higher organ. The slightest failure in the work of the nervous system leads to serious complications and adversely affects the entire human body. Consider the most frequent pathologies associated with impaired brain activity.

Basal nuclei( ganglia) are separate accumulations of gray matter in the subcortical part of the cerebral hemispheres. One of the main formations is the caudate nucleus( nucleus caudatus).From the thalamus it is separated by a white stripe - an inner capsule. Ganglion consists of the head of the caudate nucleus, body and tail.

Major disorders in the malfunctioning of cores:

We consider the clinical manifestations in the defeat of the caudate nucleus.

The disease is caused by uncontrolled spontaneous movements of a muscle group. The disease occurs against the background of the defeat of the nerve cells of the basal nuclei, in particular, the caudate and the inner capsule. Provoking factors: 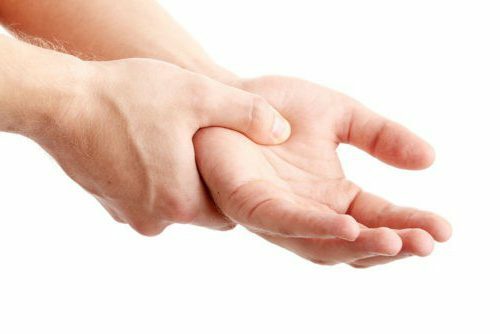 Complications of hyperkinesis lead to limited mobility of the joints. The disease is incurable, but with the help of medicines and physiotherapy it is possible to reduce symptoms and alleviate a person's condition.

The defeat of the caudate nucleus of the brain is a frequent cause of the development of an ailment associated with a decrease in the motor function of a person. Symptoms and consequences:

The fall in blood pressure leads to a decrease in not only physical activity, but also mental activity. Against the background of hypokinesia, working capacity is lost, and a person completely falls out of society. 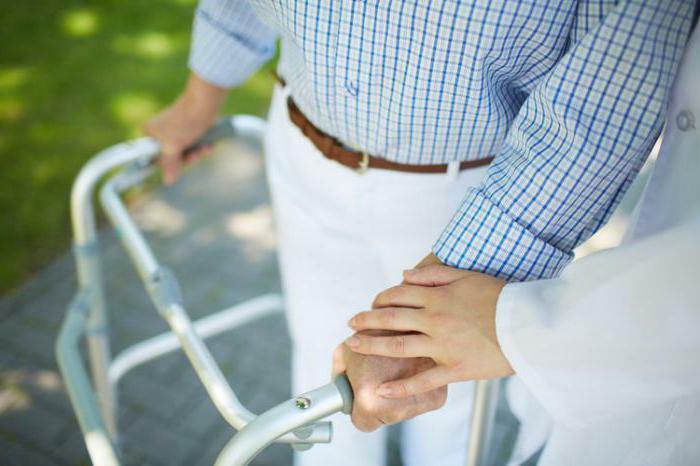 The disease causes degenerative changes in neurons, which leads to loss of control over movements. Cells cease to produce dopamine, which is responsible for the transfer of impulses between the caudate nucleus and black matter. The disease is considered incurable and is chronic.

If you have any of the symptoms, you should consult a neurologist.

Chorea is a pathology of the nervous system that is inherited. The illness manifests itself as mental abnormalities, hyperkinesis and dementia. Violation of the motor function is due to gusty movements that can not be controlled by humans. When the disease occurs, the basal ganglia, including the caudate nucleus, are affected. Although scientists have sufficient information about the anatomy of the human brain, chorea has been little studied so far.

Huntington's chorea is incurable, drug therapy is aimed at alleviating the condition and prolonging the patient's working age. To prevent complications, drugs from the group of neuroleptics are used. The sooner a diagnosis is made, the less the disease will manifest itself. Therefore, at the first signs of pathology, you need to turn to a specialist. 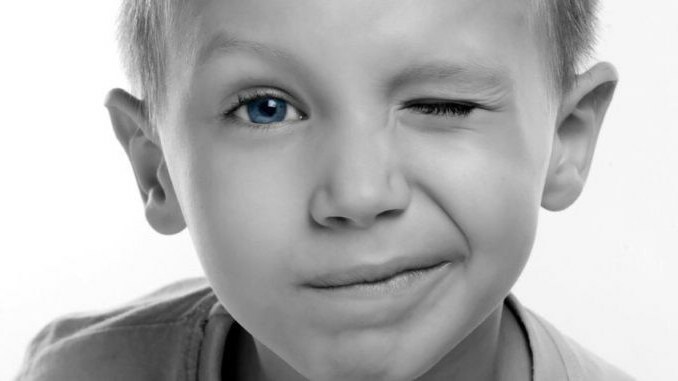 Tourette's disease is a psychogenic disorder of the nervous system. The illness is characterized by motor and vocal tics that can not be controlled.

Simple tics - short twitchings of one group of muscles. These include:

To complex tics include a variety of actions performed by several muscle groups:

Before the attack, the patient experiences tension and itching in the body, after a fit this condition disappears. Drug therapy does not completely cure Tourette's syndrome, but can reduce symptoms and reduce the frequency of tics. 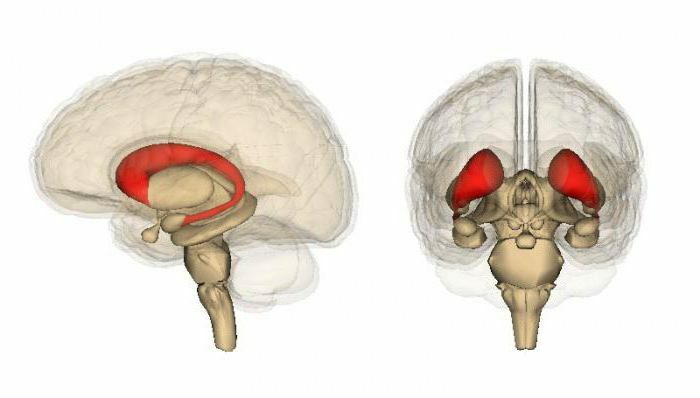 Syndrome is characterized by the accumulation of calcium in the vessels of the brain, which are responsible for providing oxygen to the inner capsule and caudate nucleus. A rare disease manifests itself in adolescence and middle age.

The Faro syndrome is not fully understood and has no specific treatment. Progression of the disease leads to mental retardation, impairment of motor functions, disability and death.

The form of jaundice of newborns is associated with a high concentration of bilirubin in the blood and basal ganglia. When the disease occurs, a partial brain damage occurs.

Treatment is carried out by exposure to the blue-green spectrum of the rays and blood transfusion. To fill the energy resources put the droppers with glucose. During illness of the child the neuropathologist observes. The baby is discharged from the medical institution only with the normalization of blood counts, and the disappearance of all symptoms.

The defeat of the caudate nucleus of the brain leads to severe incurable diseases. For the prevention and alleviation of symptoms, the patient is prescribed lifelong drug therapy.