The knee joint has a complex structure, its most important component is the meniscus. It performs the function of load sharing, so it is most susceptible to traumatic lesions. What knee injuries can be distinguished? What are the features of diagnostics and therapy of such damages?

Before considering the main lesions, the specifics of their diagnosis and treatment, you should familiarize yourself with the anatomy of the knee. Meniscus is a cartilage of a semilunar form, less often discoid. This is an important part of the knee joint, as the functions of depreciation and stabilization of the load lie on these formations. Menisci glide over the surface of the tibia, which provides an optimal distribution of pressure during movement. In total, in the knee joint there are two meniscus, which are called medial and lateral. The meniscus itself consists of a body and horns - anterior and posterior. More often injuries of the medial cartilage, as it is characterized by low mobility due to attachment with the help of the inner lateral ligament of the meniscus. The lateral, unlike the medial, is very mobile and less likely to undergo traumatic effects. 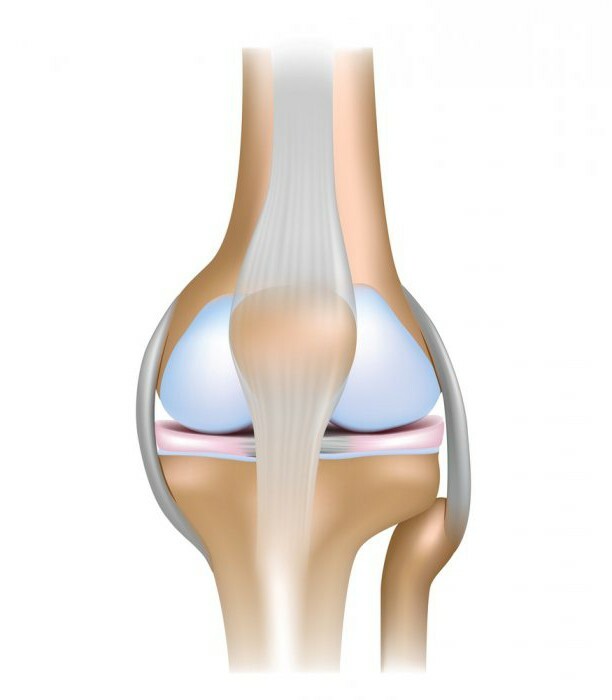 Meniscus damage is a very common injury, and there are many reasons for this. Injuries of the knee( meniscus is damaged especially often), according to traumatology, are more common in old age. What types of damage can be distinguished? 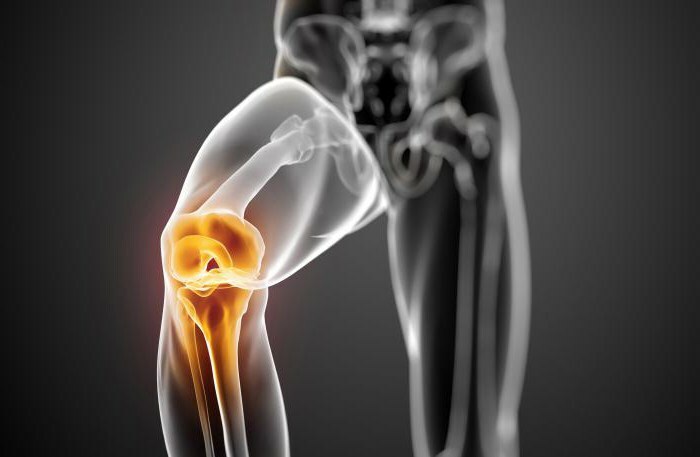 The main cause of meniscus damage is trauma, which can occur due to sharp extension of the joint, atypical rotational movements, as well as direct impact( impact, fall).The most dangerous is chronic trauma, which at the initial stages can not cause any discomfort, and later become the cause of degenerative changes. They can lead to some systemic diseases, such as gout, chronic intoxication or rheumatism. 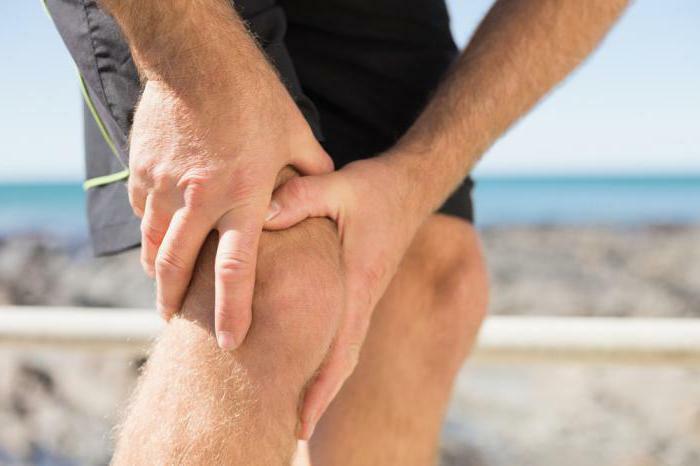 The acute period occurs immediately after damage to the knee joint. At this time, the patient is concerned about the intense pain syndrome that restricts limb movements. In addition, the phenomenon of blockade - the fixation of the limb in a certain position. Damage is accompanied by bleeding into the joint cavity, as a result of which there is a characteristic edema in this area. Often, on the basis of these symptoms, a diagnosis of "bruise" or "rupture of ligaments" is made. Conservative treatment temporarily alleviates the patient's condition, but in the future, the trauma can again make itself felt.

The chronic period, which is the outcome of acute lesions, is characterized by the resumption of pain. The cause of this phenomenon can be excessive load or sudden movement. Pain syndrome is not intense, it occurs only when the pressure on the joint. Movement is limited, and in some cases, periodic blockades are possible. In this period, the accumulation of fluid in the cavity, as well as the weakening of muscles. 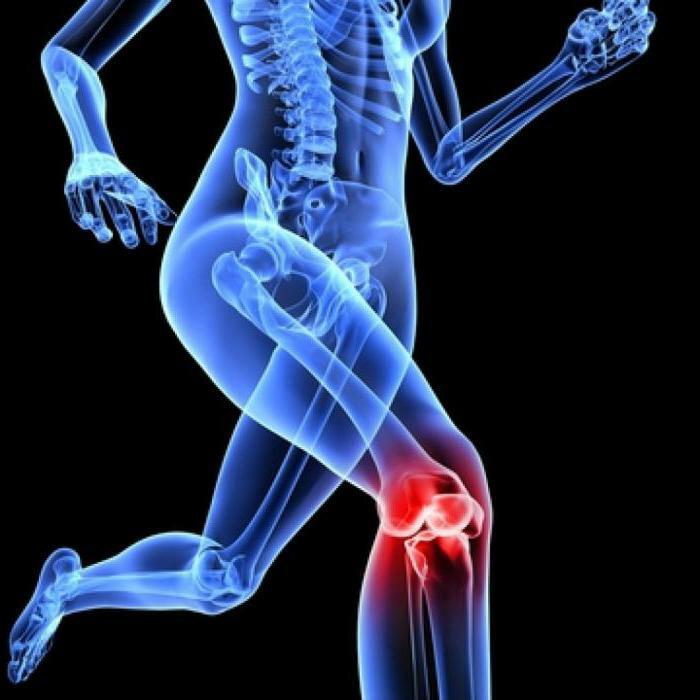 Prevent the transition of an acute period to chronic can be thorough diagnosis and proper treatment. At the first sign should consult a doctor.

Breaks can be either complete or incomplete. The former are the most traumatic and dangerous, they require prolonged treatment and recovery. Most often, the front horn or combined horn infection is affected. Also, all injuries can be divided into two groups - with and without bias. Again, the former require longer rehabilitation.

The diagnosis is made on the basis of complaints and data from special studies. Most often, patients are treated with the fact that knee flexion causes pain. In some cases, the pain syndrome worries even at rest. Mere soreness is not enough to make a treatment plan, more thorough diagnosis is needed. The collection of an anamnesis is necessarily accompanied by the receipt of data, allowing to reveal the cause of traumatization. The patient is asked if there have been fractures, dislocations and other injuries of the lower limb, and also reveal the presence of systemic diseases that can cause degenerative cartilage changes.

One of the methods is the diagnostic test of Epley, which is performed in the position of the patient on the stomach. He is asked to bend the leg in the knee joint, the doctor at this time presses on the heel, and with the other hand performs accurate rotational movements of the shin and foot. A positive symptom is the occurrence of pain.

The most accurate study is X-ray, it should be done necessarily if there is pain and discomfort, and if the knee flips. A more perfect method is X-ray with the use of a contrast medium, which is injected into the cavity of the knee joint( contrast arthrodentgenography).This method allows you to track the slightest pathological changes in the meniscus and ligaments. 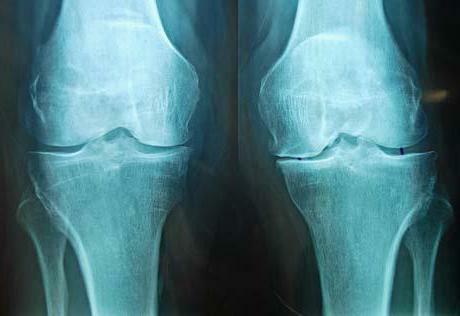 The first place in informativeness is occupied by MRI( magnetic resonance imaging), which allows to examine the joint state layer by layer.

Immediate treatment is necessary for the diagnosis. What kind of therapy is required for knee injuries? Meniscus is the most important element of the knee joint, which acts as a shock absorber. If it is damaged, specialists, if possible, conduct conservative treatment, which takes place only with minor injuries.

It is necessary to reduce the load on the knee joint, provide him with relative peace, but complete immobilization is not recommended. The imposition of gypsum in the joint area is fraught with the formation of contracture, as a result there is a risk that the knee function will not recover fully. Complete immobilization is required only if there is a fracture of the bones of the lower limb or ligament rupture( combined damage).Addition to these activities is drug therapy. At the very beginning of treatment, analgesics are often required, which will ease the pain syndrome. Chondroprotectors( glucosamine, chondroitin sulfate) are required. These drugs accelerate the synthesis of cartilaginous tissue, and also affect the intra-articular fluid.

Severe injuries require surgical treatment. Among the indications for him can be identified:

A complete restoration of the meniscus does not occur immediately. After carrying out of therapeutic measures it is recommended to perform physical exercises and easy massage. This will reduce the duration of the adaptation period and eliminate the risk of contracture. Exercise should be done regularly. Complex gymnastics should not contain sudden movements, charging should be done slowly and smoothly. Also during this period, a lot of drinking and taking multivitamins is required, which has a beneficial effect on the processes of restoring cartilaginous tissue. 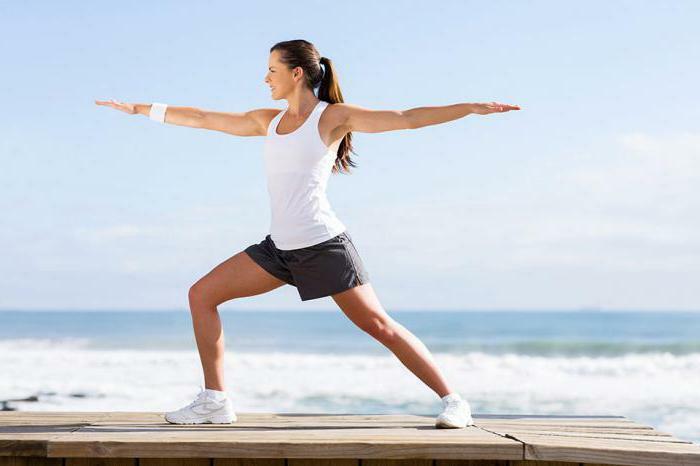 It is advisable to pay attention to preventive measures for people involved in sports. First of all, it is necessary to avoid sudden movements during running, squats and other exercises involving the knee joint. Also it is necessary to pay attention to comfortable footwear, and at performance of exercises fixing bandages on knee joints. Such prevention will reduce the risk of injury by several times. 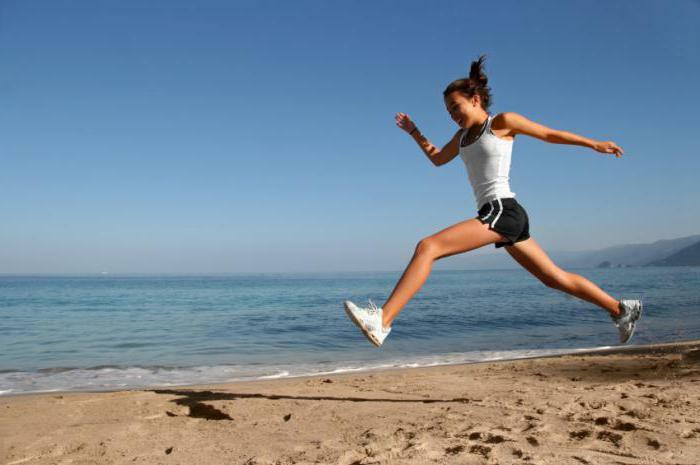 Injuries to the knee( meniscus and other formations) require timely treatment. Diagnosis in the early stages will avoid complications and confine to conservative therapy. Therefore, at the first sign of damage, you should see a doctor, even if only a small discomfort is concerned. Modern methods will help to make a true picture of the disease and start treatment in time.