How to use and how much does the drug "Stopdiar" cost? Instructions for use, the price of this medication is presented below. Also, in the materials of this article you can find information on the form in which the said product is manufactured, what properties it possesses, whether it causes side effects and what reviews about it patients leave. 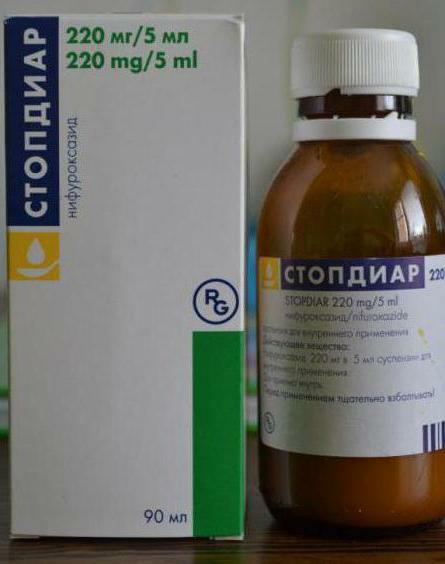 Description, form, packaging and composition of

The preparation under consideration is commercially available in the following forms:

The Stopdiard tablets are yellow, round and convex. They are contained in blisters, which are placed in a cardboard box. Suspension "Stopdiar"( syrup).Instruction for use informs that this form of the drug is intended for oral administration. This medicine contains an active element, such as nifuroxazide. In addition, the syrup includes: citric acid monohydrate, carbomer, methyl parahydroxybenzoate, sucrose, 30% emetic simethicone emulsion, banana flavor and sodium hydroxide.

Suspension for oral administration has a light lemon color and aroma of banana. It goes on sale in dark vials of glass, which are placed in a cardboard box containing a double measuring spoon. 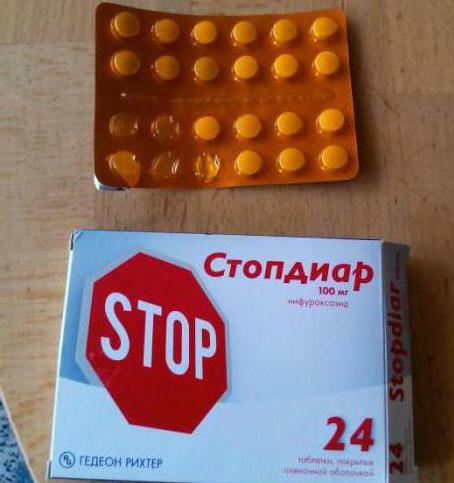 What is the mechanism of action of the drug "Stopdiar"?Instructions for use, doctors' reviews state that this remedy has an antibacterial effect against the causative agents of intestinal infections.

According to specialists, the active substance of the drug under consideration belongs to the group of nitrofurans. When administered orally, it adversely affects opportunistic and pathogenic microorganisms.

Nifuroxazide is highly active against Gram-negative bacteria such as Salmonella, Shigella, Klebsiella and Escherichia coli, as well as Gram-positive microorganisms in the form of Staphylococcus aureus and Streptococcus( i.e., the bacteria that most often cause intestinal infections).

What is the cause of the action of the drug "Stopdiar"?Instruction for use informs that the effect that is manifested after the use of this drug is associated with the suppression of the activity of enzymes that are directly involved in the cellular metabolism of bacteria. Due to this effect of the drug, the cell membranes of harmful microorganisms are destroyed, and cells die. 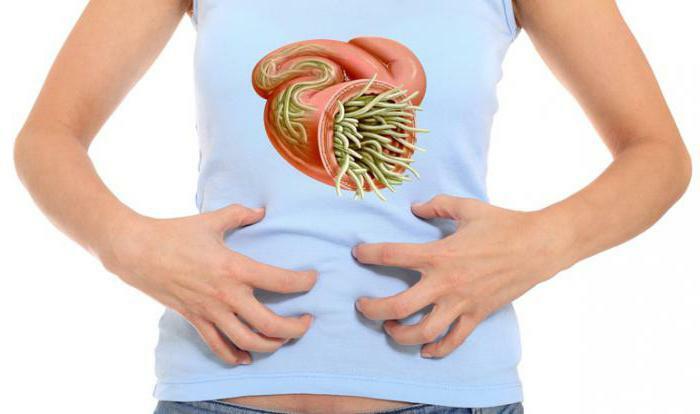 According to the opinions of experienced specialists, the activity of the drug under consideration in relation to pathogens does not decrease even with prolonged course of therapy. In this case, the medicament does not destroy the beneficial flora of the intestine, and therefore the recovery of the digestive process after its use takes much less time than with the use of antibiotic agents.

The action of "Stopdiar" does not depend on intestinal acidity.

After ingestion of a suspension or tablets, the active substance of the drug in question is not practically absorbed from the digestive tract. In this regard, the drug does not enter the bloodstream and does not have systemic effects on the human body.

The medication begins to act directly in the intestines, after which it is excreted naturally along with the calves.

Why do I need a Stopdiar medication? Instructions for use( tablets and suspensions have the same indications) reports that this drug effectively manifests itself in:

General contraindications for the use of tablets and syrup "Stopdiar" are the following conditions:

As for private contraindications, they include a child up to six years of age for taking tablets and the age of the baby up to two months for taking syrup.

With extreme caution, take this medicine during breastfeeding and bearing the fetus. Clinical trials in this category of people were not conducted.

The drug "Stopdiar": way of application and dose

According to the instructions, the tablet "Stopdiar" should be swallowed in its entirety, without chewing and washing with plain water. The intake of this medication does not depend on the diet of the patient.

Adults and children after six six years of age should take 200 mg of the drug( ie 2 tablets) four times a day( every 6 hours) during the week.

As for the suspension, it is prescribed only to babies from two months of life. The syrup is given to the child every 8 hours, regardless of the feeding.

Before using the medicine, the bottle is shaken carefully until the drug becomes uniform. 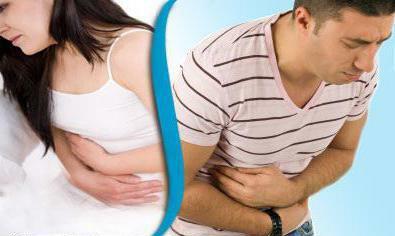 The dosage recommended by the doctor is determined using a two-dimensional measuring spoon. According to the instruction, this form of the drug should be taken in the following dohas:

How long should I take Syrup "Stopdiar"?Instruction for use informs that the duration of therapy with this drug should not exceed more than one week.

The treatment of a child is carried out under the supervision of a pediatrician, since intestinal infection quite often leads the body to dehydration and, as a result, to serious complications. In this regard, it is required to regularly replenish fluid loss in the patient.

Usually "Stopdiar" is well tolerated by patients. Only in single cases it causes the following side effects:

When observing such effects, stop taking the medication.

How much does the drug "Stopdiar" cost? Instructions for use will not give an answer to the question posed. You can learn it only in the pharmacy. You can buy this medication in tablets for 130-160 rubles, and in the form of a suspension - for 220-250. 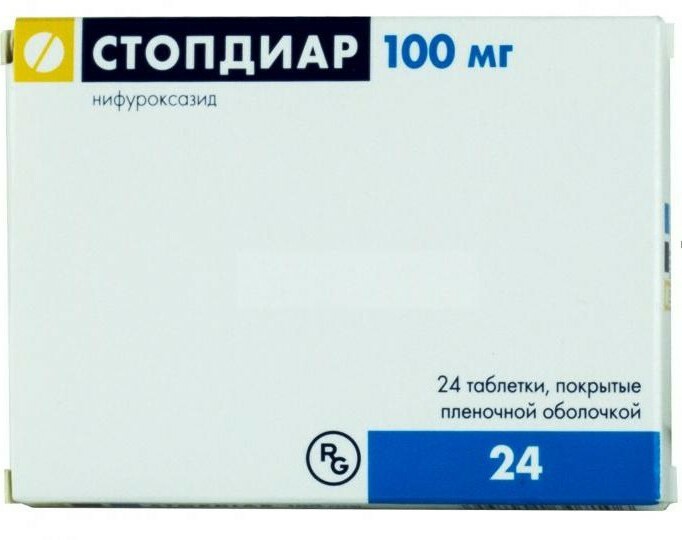 product Reviews for the drug "Stopdiar" are only positive. It is available in convenient packaging, and also effectively heals most intestinal infections. Moreover, this drug almost never causes side effects.

As for the syrup, its effectiveness is also described only from the positive side. This drug is intended for children and is widely used in hospital and outpatient practice.