Can I bathe my baby with a cold? Opinions of doctors and advice

Every kid's disease is hard experienced by his parents. With the development of the disease, a lot of questions arise: "what to feed", "how to care" and "whether it is possible to bathe a child with a cold".The presented article will tell you about the reasons for the appearance of snot and the doctors' opinion on this matter. 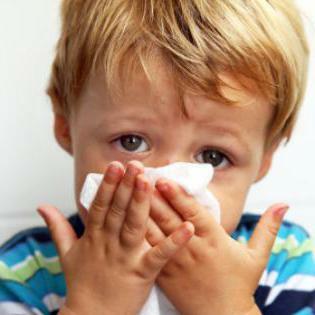 Nature of the common cold

Before deciding whether it is possible to bathe a child with a cold, it is necessary to find out the cause of its origin. Many fathers and mothers believe that if their child has mucus discharge from the nose, then the cause is a cold. In fact, a viral infection most often manifests itself this way. Less often the cause of a cold becomes a bacterial complication.

Snot in a child may appear with an allergic reaction. However, it can be seasonal or permanent. The cause of allergies are pets, household chemicals, food, dust and much more. Runny nose in a child sometimes becomes physiological. It appears, for example, because of the dry air. Also, physiological soplyki often occur in newborn children, but for other reasons. So is it possible to bathe a child with a cold in each case? Let's try to understand this issue on the basis of medical practice.

Newborn babies and their physiological grunt

Children have some mucus in their ENT organs after birth. During the stay in the womb in this way, the future baby trains the respiratory system. After the birth of this mucus is usually removed by physicians, but its part still remains. Over time, it begins to come out.

Can I bathe a baby with a runny nose of this nature? Of course, yes. Water procedures are necessary for the baby. They do not harm the baby at all with such droplets. In addition, while taking a bath under the influence of moist air, the mucus will liquefy. After manipulation, you can easily remove the dried crust from a small spout.

Opinion of our ancestors

If you ask grandmothers and even moms about whether you can bathe a child with a cold, then most likely you will get a negative answer. Most people believe that during the illness from any water procedures it is better to abstain. This opinion is transmitted from generation to generation, convincing young and inexperienced parents. However, it is very erroneous.

The ban on bathing during illness was created because of the danger of hypothermia. After all, if the weakened organism freezes, then the probability of complication is high. This statement was correct in those days when the water for bathing the child was heated in large basins. Now almost every house has a bath. Therefore, if you make the child's usual water temperature a couple of degrees higher, then it is quite possible to bathe and during illness. Provided that you feel well. 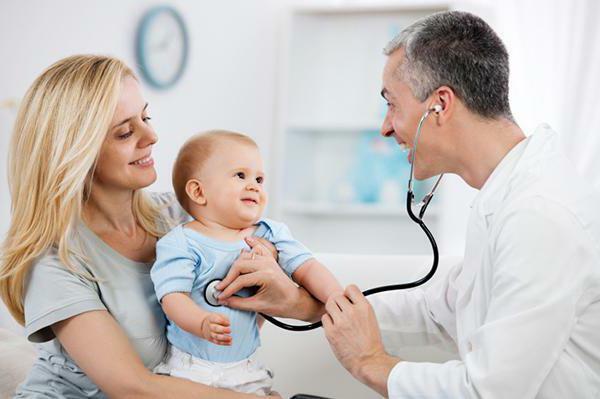 So, according to experts, is it possible to bathe a child with a cold? Komarovsky Evgeny Olegovich is a famous practicing pediatrician. He says that a child with snot can not only bathe, but it is also necessary.

During splashing in water, small droplets will enter the nasal passages. Thus, a good moistening of the mucosa occurs. This is very important and necessary for the common cold of any etiology. After taking a bath, be sure to clean the baby's spout and warm the baby. If necessary, use prescribed medications.

temperature Should I bathe an infant( runny nose) if it also has a high fever? If this condition exists, doctors categorically change their point of view. Experts say that when you hang your body temperature, bathing becomes risky. Splashing in a hot tub will only contribute to an additional increase in fever. However, during such a disease, children sweat much. With emerging fluid, toxins are released. They must be washed off the surface of the body. Therefore, with a fever with a fever, you should not sit your child in a bath. Give preference to the soul. But this process must also be rapid.

Bathe the baby and wrap it in a towel. Wipe dry and dress before going out of the bathroom in warm clothes or soft pajamas. If you can not do this, put the wet child under the blanket and wait until the body dries.

If you have a question about whether it is possible to bathe children with a cold, then always consult a district pediatrician. Practically for all varieties of snot, you can take water procedures. However, you need to do this according to certain rules.

Contraindication to taking a bath during a runny nose will be a poor baby's well-being. If the crochet categorically refuses to manipulate, then never force it. All the best and speedy recovery for your child!