Syphilis is a disease of the venereal nature, which disrupts the work of some systems of internal organs. In the absence of competent treatment, after a short period of time, neurosyphilis may develop, characterized by the penetration of infection into the nervous system. This is a very dangerous pathology for human health, threatening complete disability or death.

By neurosyphilis is an infectious disease of the human CNS.The development of pathology is due to the penetration into the body of the causative agent of syphilis. Infection can involve all parts of the nervous system in the pathological process, starting with the brain and ending with the sense organs. Clinically, the disease manifests itself in a number of neurological disorders: dizziness, muscle weakness, paralysis, convulsions, dementia. 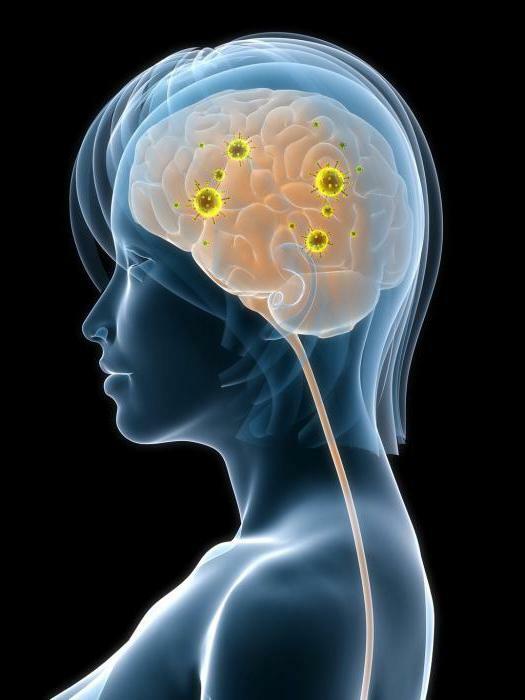 For the first time about syphilis started talking in the Middle Ages. In those days, the alchemists did not yet know what neurosyphilis was. From the disease suffered the participants of the Crusades. During the centenary war, syphilis was also called the French disease, since the British "brought" it from the mainland. A few decades ago, syphilis was considered a sentence for the infected. Thanks to the rapid development of science, this ailment can be cured today in a few weeks. However, neglected forms often cause death. Especially relevant is the high mortality rate for neurosyphilis.

The disease can manifest itself in any period of development of syphilitic infection. Diagnosis is based on the results of serological research methods and clinical manifestations. For treatment, narrow-spectrum antibiotics are usually used. Today, the disease of neurosyphilis is much less common than in the last century. This is due to the improvement of the quality of diagnostic activities, preventive examinations of the population, early therapy.

The main causes of infection

The causative agent of neurosyphilis is the bacterium pale treponema. Infection occurs directly from a sick person. As a rule, this happens with unprotected intercourse. A pathogenic microorganism penetrates the human body through damage to the mucous membranes or skin. Then the infection spreads along with the bloodstream.

The body reacts to a foreign bacterium by producing antibodies. With a decrease in the blood-brain barrier, pale treponema is introduced into the nervous system. Thus, neurosyphilis gradually develops.

The causes of this pathology can also be nonspecific. Development of the disease is facilitated by untimely treatment of early forms of the disease, emotional distress, decreased immunity, craniocerebral trauma, mental fatigue. 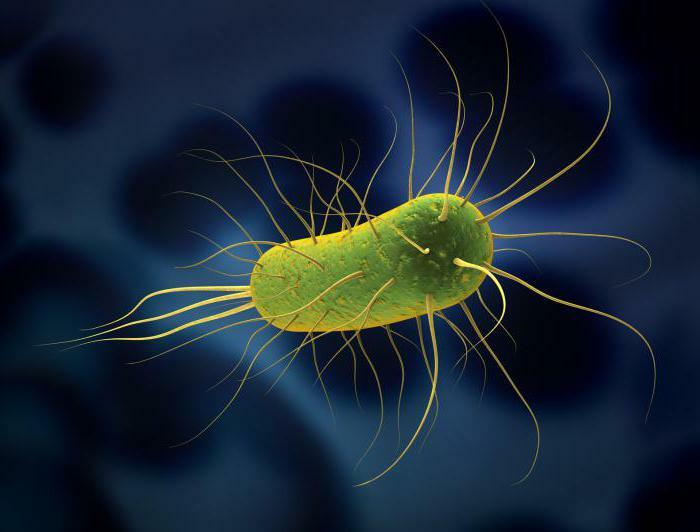 Any contact with a person infected with neurosyphilis always carries a threat.

Symptoms of neurosyphilis can be pronounced or worn out when the disease is at an early stage of development. Among the general symptoms characteristic of the disease, doctors refer to periodic headaches, rapid fatigue, numbness of the limbs.

Specialists distinguish between early, late and congenital variant of the disease. The first develops within several years from the moment of infection. Otherwise, it is called mesenchymal, since in the first place the vessels and membranes of the brain are involved in the pathological process. The late form of pathology manifests itself in about five years from the moment of pale treponema penetration into the body. It is accompanied by the defeat of nerve cells and fibers. Congenital neurosyphilis develops as a result of transplacental transmission of infection from mother to fetus and manifests itself during the first months of the child's life.

This form of the disease usually develops within 2-5 years after the infection enters the body. This condition is accompanied by damage to the membranes and vessels of the brain. Its main manifestations include syphilitic meningitis, meningovascular syphilis and latent neurosyphilis. Symptoms and characteristics of each form will be discussed in more detail below.

This pathology is also divided into several forms:

When it comes to progressive paralysis, means chronic meningoencephalitis. Usually it develops in 5-15 years from the moment of infection with syphilis. The main cause of this form of the disease is the penetration of pale treponemes into brain cells with subsequent destruction. Initially, patients showed changes in higher nervous activity( impairment of attention and memory, irritability).As the disease progresses, mental disorders( depressive state, delusions and hallucinations) join. Among the symptoms of a neurological nature is a tremor of the tongue, a dysarthria and a change in the handwriting. The disease is rapidly developing and within a few months is fatal.

When the posterior roots and cords of the spinal cord are affected, doctors speak of the dorsal air. Clinically, the pathology manifests itself in the form of prolapse of achilles reflexes, instability in the Romberg pose. As a result, the person's gait changes. It is not excluded the appearance of optic nerve atrophy. Another characteristic of the disease are trophic ulcers.

Atrophy of the optic nerve in some cases acts as an independent form of such a disease as neurosyphilis. The consequences of the disease significantly reduce the quality of human life. The initial pathological process affects only one eye, but after a while it acquires a two-sided character. Reduces visual acuity. In the absence of timely treatment, complete blindness develops.

Gummose neurosyphilis. Gummas are rounded formations that are formed as a result of inflammation caused by treponema. They affect the brain and spinal cord, squeezing nerves. Clinically, pathology is manifested by paralysis of the extremities and pelvic disorders. 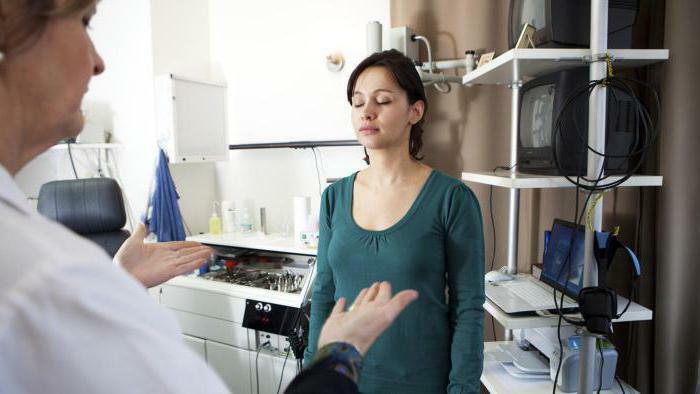 This form of pathology is diagnosed extremely rarely. During pregnancy, the pregnant woman in labor is repeatedly examined for infection. If intrauterine infection has occurred, it is very easy to recognize it. The clinical picture is characterized by the same symptoms as in adult patients, with the exception of dorsal dryness.

The congenital form of the disease has its own distinctive symptoms. This hydrocephalus and the so-called Getschinson triad: deafness, keratitis and deformation of the upper incisors. Timely treatment can stop the infection, but neurological symptoms persist throughout life. 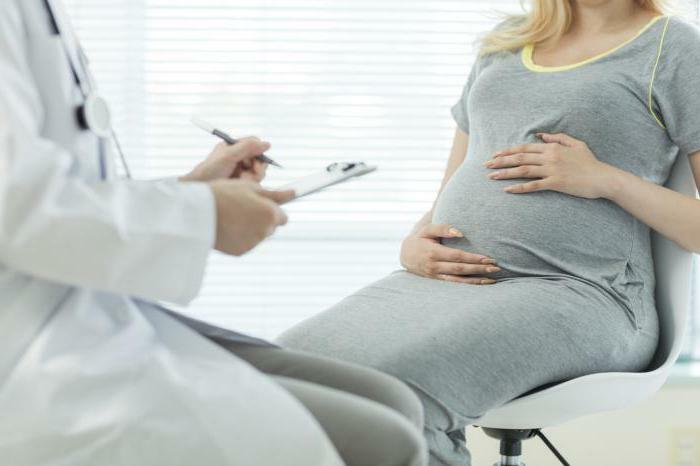 What is neurosyphilis, we have already told. How to confirm this disease? The formulation of the final diagnosis is possible taking into account three main criteria: a characteristic clinical picture, the results of tests for syphilis, the detection of changes in the composition of the cerebrospinal fluid. Adequate assessment of the patient's condition is only possible after a neurological examination.

As for laboratory research, they are carried out in a complex manner. In some cases, repeated testing is required. The most informative methods of laboratory diagnosis include RPR-analysis, RIBT, RIF, as well as identifying the causative agent of infection in the contents of affected skin.

In the absence of pronounced symptoms, a lumbar puncture is performed. With neurosyphilis in cerebrospinal fluid, an increased level of protein and a causative agent of the disease is found - a pale treponemia.

MRI and CT of the spinal cord are prescribed for all patients with suspected neurosyphilis. Diagnosis by means of special devices allows to reveal hydrocephalus and atrophy of brain substance. 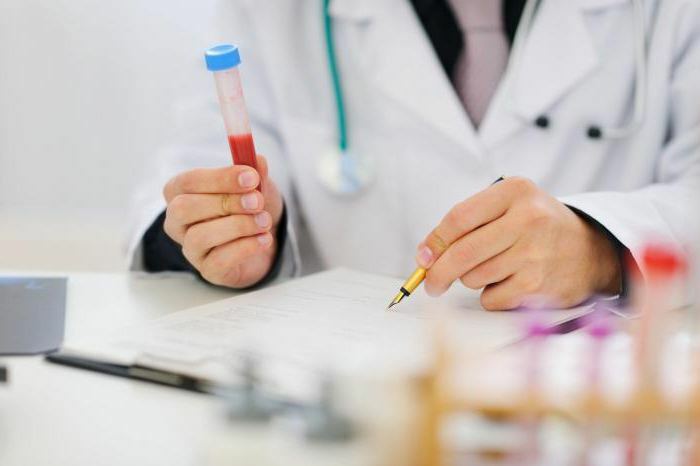 How to defeat neurosyphilis?

Treatment of early forms of the disease is based on aggressive antibiotic therapy. To do this, use drugs penicillin and cephalosporin series. As a rule, the therapy is complex and involves the use of several medicines at the same time. The usual scheme: "Penicillin", "Probenecid", "Ceftriaxone".All medications are administered intravenously. Penicillin injections are also made into the spinal canal. The course of treatment usually lasts two weeks. After this, the patient undergoes a second examination, according to the results of which one can judge whether the neurosyphilis was successful. Treatment is prolonged if a pale treponem is found in the cerebrospinal fluid.

In the first day of drug therapy, neurologic symptoms may increase( headache, temperature rise, tachycardia).In such cases, the treatment is supplemented with anti-inflammatory and corticosteroid drugs. 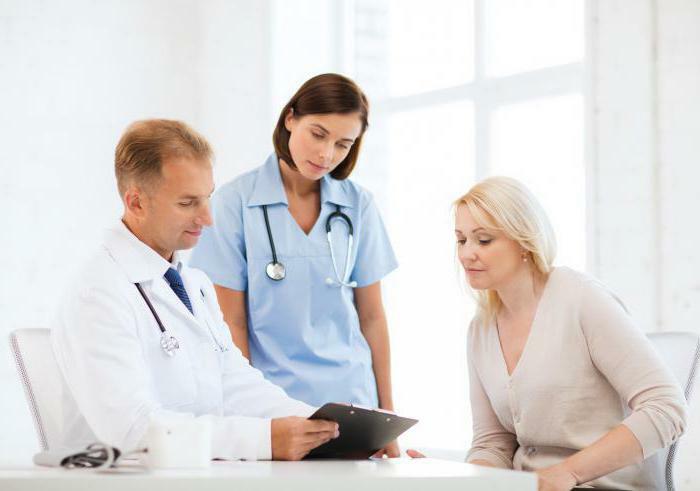 To combat the late form of neurosyphilis, use drugs with arsenic and bismuth, which are highly toxic.

Prognosis and consequences of

Early forms of neurosyphilis respond well to therapy, complete recovery is possible. In some cases, the so-called residual phenomena in the form of dysarthria and paresis remain, which can lead to disability.

Late forms of pathology do not succumb to drug therapy. Symptoms of a neurological nature, as a rule, remain with the patient for life.

Progressive paralysis a few years ago led to a lethal outcome. Today, the use of antibiotics of the penicillin series can alleviate the manifestation of symptoms and slow down neurosyphilis.

Photos of patients with this diagnosis and after the course of treatment allow us to understand what threat pathology brings to the body. That's why everyone should know how to prevent this ailment.

To prevent infection, doctors are advised to give up uncontrolled sexual intercourse. Special attention should be paid to personal hygiene. People infected with pale treponema, must necessarily undergo preventive examinations from a neurologist.

What is neurosyphilis? This is a dangerous disease characterized by CNS damage. In the absence of timely treatment, there is a high probability of developing life-threatening complications that directly affect the quality of life, and sometimes lead to death. Therefore, one should not neglect the prophylaxis of ailment, and after infection immediately seek help from a doctor.