One of the most common pathologies is Hirschsprung's disease. Symptoms in children are expressed in permanent constipation. Sometimes the disease can occur in adults. But most often children suffer from it. This is a congenital disease that is inherited. It is diagnosed mainly in boys. Appears immediately after birth. In the treatment, only surgical intervention is effective. 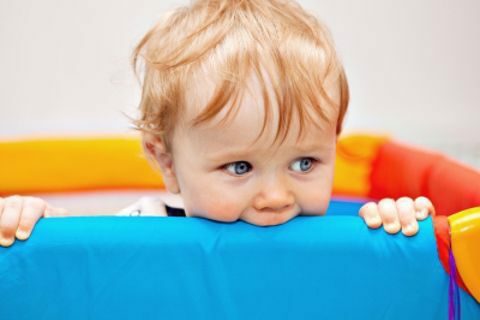 Description of the pathology of

This disease was described in 1887 by the Danish pediatrician Harold Hirschprung, whose name was subsequently called this ailment. Initially, the disease was called congenital gigantism of the large intestine. Possesses pathology with one more name. It is called congenital aganglion of the large intestine. What is Hirschsprung's disease in children?

Symptoms( photo shows pathology) are dictated by individual characteristics, in which the nerve ganglia are not formed in the walls of the large intestine. Namely, they control the muscles that push the processed food down the gut. The absence of nerve ganglions leads to the fact that muscle tissue does not function. Consequently, the food does not move through the colon. This pathology is called Hirschsprung's disease. Symptoms in children are expressed in constipation, infections and inflammation.

The incidence of Hirschsprung's disease is 1 to 5000. That is, only one in five thousand newborns suffers from this ailment. More often the disease, as indicated above, is diagnosed in boys.

Although this disease was described as early as 1887, it took many years to identify the causes of the onset and development of this disease. 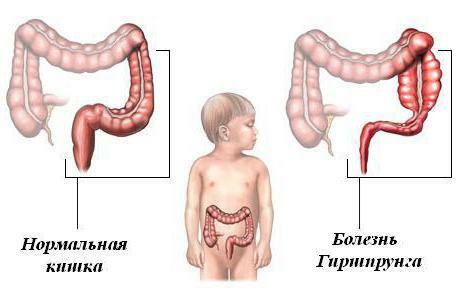 Physicians provide several sources that provoke the development of such an unpleasant pathology as Hirschsprung's disease in children.

Causes of the disease:

There are several forms of such a pathology as Hirschsprung's disease( in children).Symptoms manifested in a child can indicate the type of ailment. 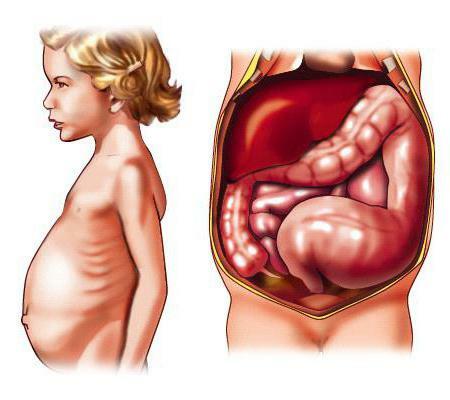 The following forms of Hirschsprung's disease stand out:

The disease can appear already in the first days of a child's life. For example, if the intestine of the newborn is not emptied during the first day of life, then it is necessary to examine the baby to identify the causes and establish a diagnosis. Perhaps this is Hirschsprung's disease.

Symptoms in children, which should be noted, look like this. The child refuses to eat. He has constipation. The bowel is not emptied. Swollen abdomen. There is a raucous breath. This is an indication that the baby has Hirschsprung's disease. Symptoms in children are manifested, as a rule, during the first month of life.

However, the ailment can make itself felt and much later. Therefore, you should carefully monitor the health of the crumbs. Immediately address to physicians if you observe the signs reminding illness Hirschsprung at the child.

Symptoms of a pathology that can be observed in infants up to one year: 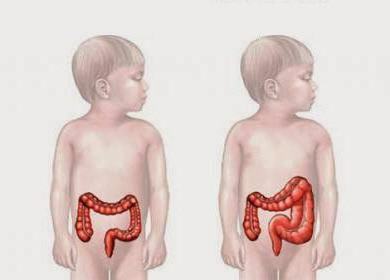 The possibility of the disease appears at a later age.

Followed by the following symptoms:

What else to pay attention to?

The main sign of the pathology of the colon is permanent constipation. When breastfeeding, this symptom may not appear. Painful signs occur only at the moment when the snack diet is introduced. Facilitates the use of enema. But a favorable effect is observed only at first. Then the use of the enema ceases to produce the desired result.

Changes in the size and shape of the abdomen, located a lowly turned navel - these are also indicators that you should pay attention to. At overflow the large intestine is displaced, and the tummy takes an asymmetrical irregular shape.

Vomiting that occurs with this disease, helps the body to free itself from the stools that poison it.

Hirschsprung disease can also be detected in adulthood. Such patients, as a rule, suffer from constipation from childhood. They need medication to empty their intestines. They complain of constant pain in the abdomen, often face flatulence.

It is important to identify the disease in a timely manner. 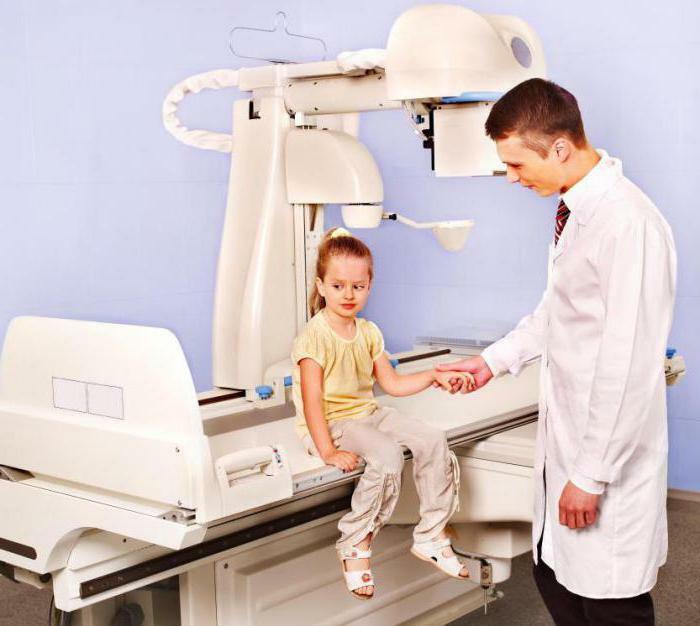 Diagnosis of Hirschsprung's disease in children includes such methods:

Do not rely on this therapy. Treatment of Hirschsprung's disease in children is carried out in most cases exclusively by surgical means. Conservative therapy mainly serves as a preparation for further operative intervention.

It is this that allows the patient to get rid of Hirschsprung's disease after rehabilitation.

The most suitable age for a child is 2-3 years. Prepare the patient for surgery at home. For several weeks, you must follow a diet, empty the bowels with enemas. Special nutrition is recommended by the attending physician, which takes into account the age and all the characteristics of the child's organism, as well as the stage of development of such an unpleasant illness as Hirschsprung's disease in children.

After the operation the baby should be observed by the doctor for 2 years. At this time, the doctor makes for the child an individual diet. Parents must watch the baby's chair. It is recommended to put the cleansing enema in a crumb every day, at the same time. This is necessary to develop a bowel movement reflux. 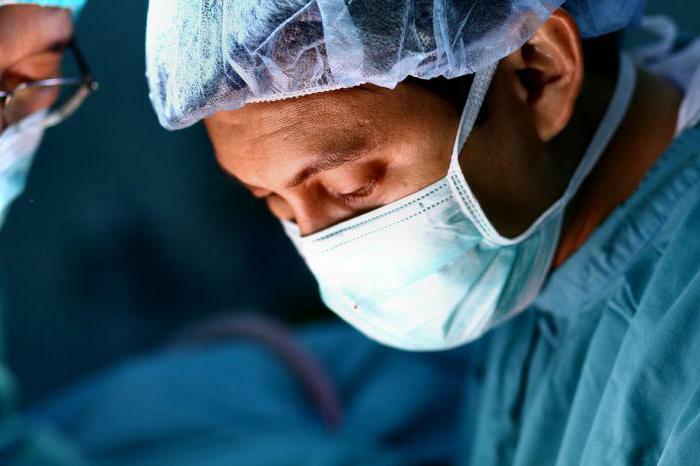 Hirschsprung's disease is dangerous. It may not appear immediately. In this case, the child suffers from abdominal pain, nausea, vomiting for a long time. Parents need to monitor the regularity of the child's chair and at the slightest infringement they should consult a doctor.