Melanoma of the nail: signs and treatment

Sometimes in the human body, for no apparent reason, there is an ailment that is associated with uncontrolled self-reproduction of cells. One of the types of such ailments is the melanoma of the nail. The initial stage of the disease is not very noticeable and may resemble other destructive processes. Therefore, patients seek help at later stages. 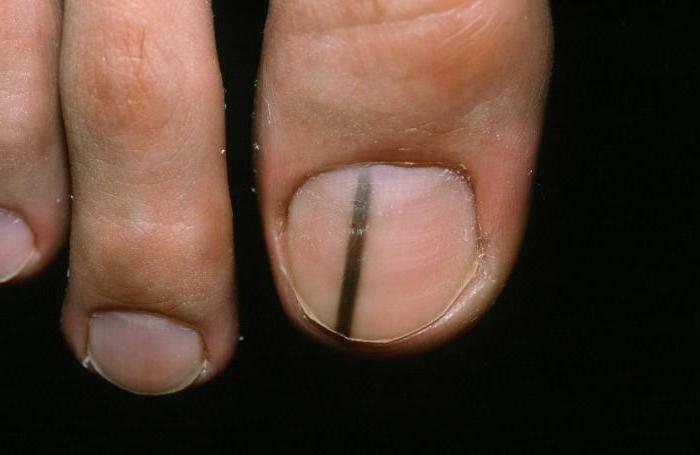 In simple terms, nail melanoma is a type of cancer that is characterized by aggressive development and a specific clinical picture. If you take all the cancer, then about 4 percent accounted for precisely this disease.

Medical statistics show that in most cases the thumb is to be defeated on the right hand. The preliminary stage of the oncological process proceeds secretly. On external parameters, it is not always possible to identify a cancerous formation.

Most often, the melanoma of the nail is stained with an epithelial pigment. In this case, to establish the correct diagnosis becomes much easier even with a preliminary examination with a doctor. About 20 percent of malignant tumors do not have this color, which complicates the diagnosis. 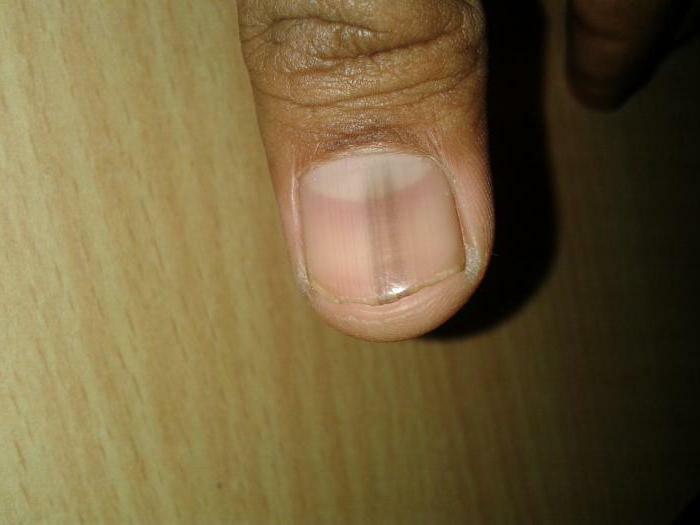 Reasons for the appearance of

Various factors can lead to the degeneration of the cells of the nail plate:

The above risk factors can give the oncological process an initial push. As a result, melanoma of the nail is formed. Photo with its development in later stages can not be confused with other diseases. By the appearance of the nail plate, it becomes immediately clear that there is a cancerous formation.

The main symptomatology of

For cancer, attention should be paid to a number of important points. Although the disease is easily confused with a common fungal infection, there are weighty signs that allow you to establish a diagnosis. 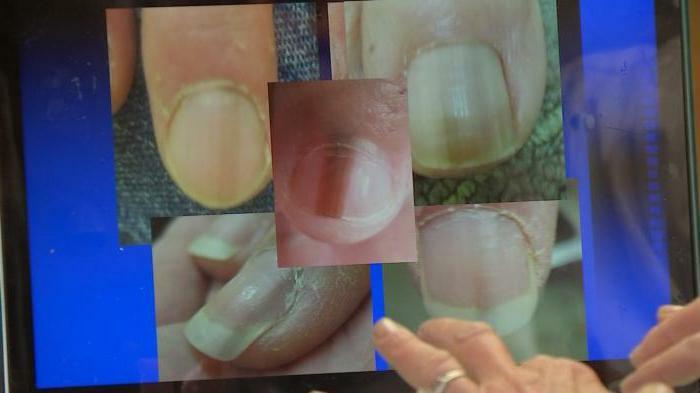 Usually draw attention to the following symptoms of nail melanoma:

Having two or more signs allows the doctor to assume that the patient has developed a foot or hand nail melanoma. Sometimes there are mistakes, for example, a specialist who examines a patient, confuses this ailment with a panaric disease that belongs to the category of infectious diseases. 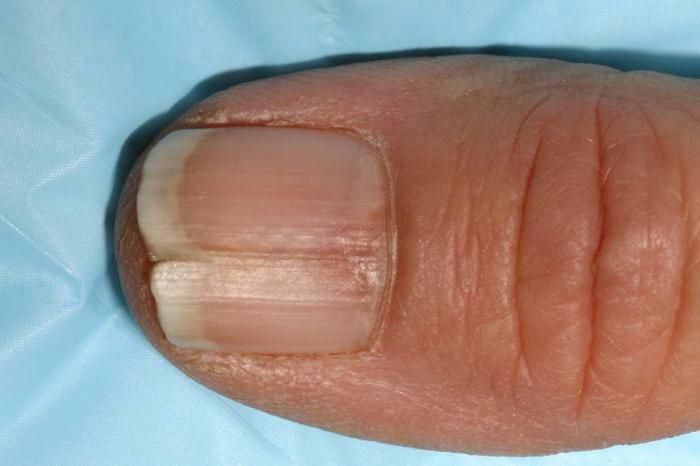 Types of tumors and characteristics of

Melanomas can be of different types. The main types of such tumors are reflected in the table:

Types of tumors of the nail plate

Stages of the course of the disease

In the first two stages of melanoma under the nail is quite limited in size. Expanding cells do not yet affect the deep tissues and internal organs. The risk of spread is not too high. 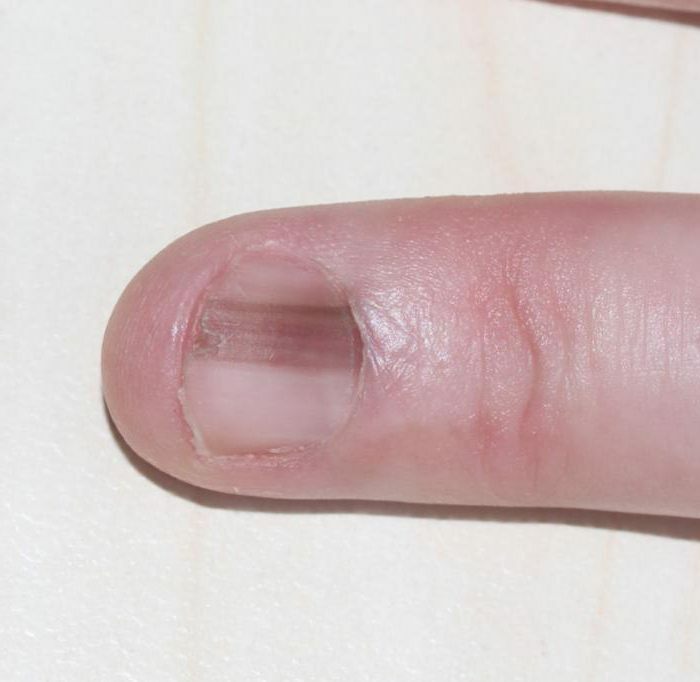 There are four main stages of the disease, the main evaluation criterion of which is the thickness of the formation:

With regard to pain, they can appear already in the second stage, when the thickness of the build-up begins to reach 2-4 mm. However, this does not always happen. In some cases, pain does not occur until the very last stage, until the bone tissue of the finger begins to be completely affected.

The main diagnostic options for

It is important at the right time to accurately determine that melanoma of the nail has appeared. The initial phase of the development of the disease is treated much easier than the late one. To identify a dangerous ailment, special diagnostic measures are used:

The above options allow you to get certain information, but they are usually carried out in a complex. After studying the results, a concrete conclusion is made. 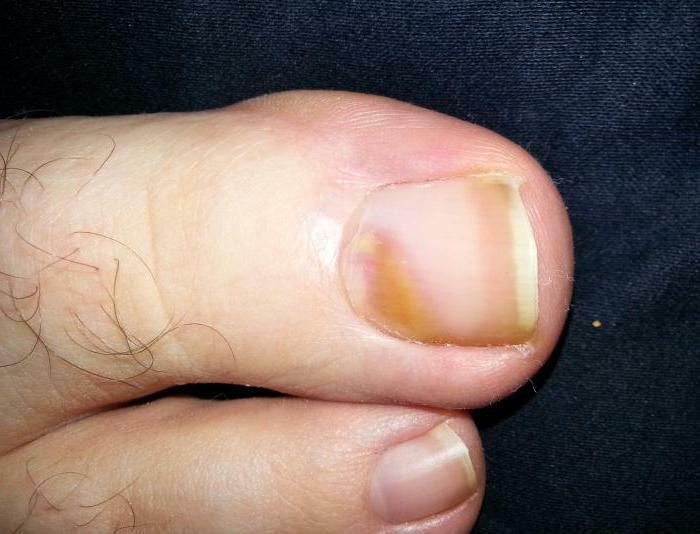 The process of treatment of

Before the treatment of a nail melanoma, the presence of metastases is determined. At the initial stages, the patient is removed by the surgical method. If necessary, healthy tissues located around the affected area are also affected. The phalanx is cut off only in neglected cases.

With the formation of metastases, the effectiveness of treatment is dramatically reduced. The patient may additionally be given radiation or chemical therapy. Sometimes lymph nodes are removed.

When evaluating the prospects for the treatment of nail melanoma, the stage of disease detection plays an important role. Even if the patient has recovered, it is necessary to monitor the state of health all the time. There is a high risk of recurrence of the disease. Sometimes even a few years later the disease returns. 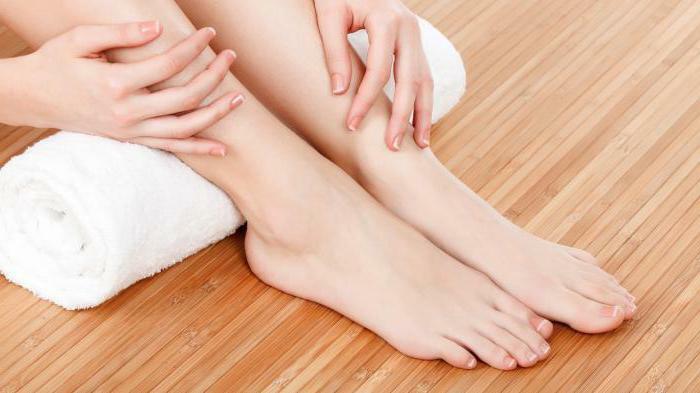 The five-year survival rate in the presence of a tumor in percent is expressed as follows:

Low survival in the last stages is due to the appearance of metastases that can occur not only in the affected fingers, but also in other parts of the body.

To avoid complex and prolonged treatment with nail melanoma, it is necessary to adhere to preventive measures. It is necessary to limit stay under the influence of direct sunlight, as well as to avoid harmful habits such as alcohol consumption and smoking of tobacco products. If you suspect a change in the nail plate, you should immediately consult a doctor.