Adaptogen is a cytotoxic agent of natural or artificial origin. Adaptagens intake, description of preparations

Adaptogen is a medicinal product, mainly of vegetable origin, showing general toning properties that affect the activity of the main organs and systems. They contribute to the overall strengthening of the body under adverse conditions and in stressful situations, contribute to an early recovery after fatigue and heavy physical exertion. Let's consider the basic plants-adaptogens, materials of animal origin, as well as the medicines produced on their basis. 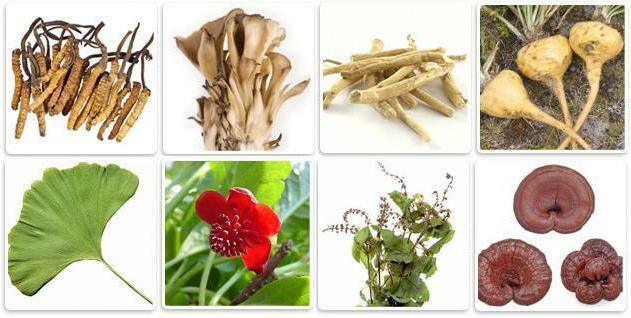 The most common plants from which adaptogenic preparations

are obtained. The most typical representative of plants of this group is lemongrass, an adaptogen from which tinctures and liquid extracts are prepared, as well as ginseng and rhodiola pink, eleutherococcus, leuzea. In addition to these plants, Echinacea deserves special attention, which has been used for a long time as a medicinal product of this group.

Most of the above mentioned plants grow in Europe, but a plant such as aralia high, or extract from horned deer or maral antlers is also an excellent raw material for making an adaptogen. List of the most popular drugs: 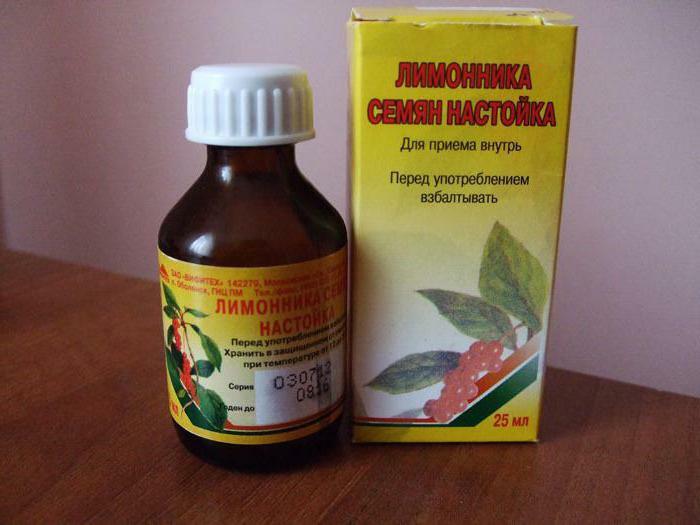 Mechanism of action of adaptogens

It is difficult to single out any specific mechanism of action for the adaptogen because of the multicomponent nature of the infusions and extracts. However, the main mechanisms of their action are:

These mechanisms of action are of a general nature, since it is difficult to study and describe the effect of each of the components of adaptogens on the whole organism.

Against the background of receiving such funds, there is an increase in specific and nonspecific immunity, blood circulation, breathing and perception of information with the help of auditory and visual analyzers are improving. Preparations-adaptogens contribute to the improvement of hemopoiesis, have a protective effect on the liver and heart.

Forms of production of adaptogens

Due to the fact that such products are most often made of materials of plant origin, their main drug form is tincture. Also, often drugs of this drug group occur in the form of liquid extracts. It is quite rare to find adaptogens in tablets.

General indications for use

Adaptogens are indicated in case of physical fatigue, to increase the general resistance of the body, to treat asthenic syndrome, during recovery from infectious diseases. Due to the anti-inflammatory effect, they are widely used in dental practice for the treatment of inflammatory diseases of the oral cavity. However, each individual preparation has its own range of indications for use.

When taking adaptogens, there may be an increase in blood pressure, neuropsychic agitation, an increase in the level of potassium in the blood. Do not prescribe the reception of such drugs in the evening and at bedtime.

This medication is a biogenic stimulant. The dry substance of native royal jelly is the main active substance of the drug "Apilak".The price of this medicine ranges from 200 to 350 rubles and depends on the pharmacy network. 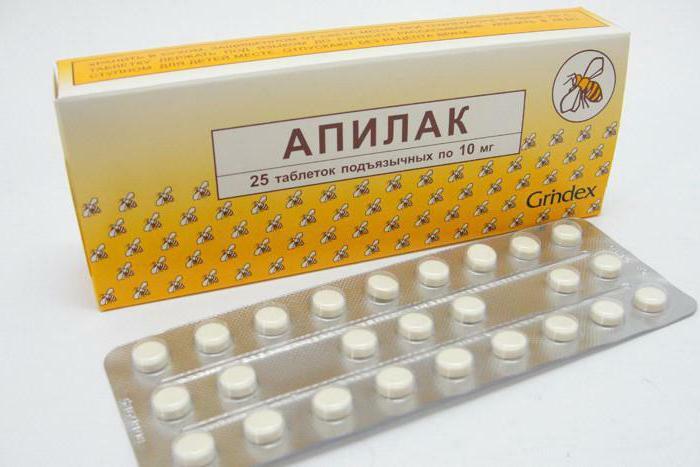 "Apilak" is widely used in pediatric practice for the treatment of eating disorders, neurotic disorders. The drug is also effective for restoring normal lactation during breastfeeding, and also in the postpartum period for the formation of lactation. In dermatological practice, Apilak is also used to treat seborrhea. The price of the drug is affordable, which causes its wide application.

Adaptogen is a medicinal product not only of plant origin. Mumiye is an adaptogen of animal origin. As a matter of fact it is excrement of bats which have absorbed in itself mineral substances of rocks. In appearance, the mummy is a viscous, resinous mass of dark brown or black that hardens with time. 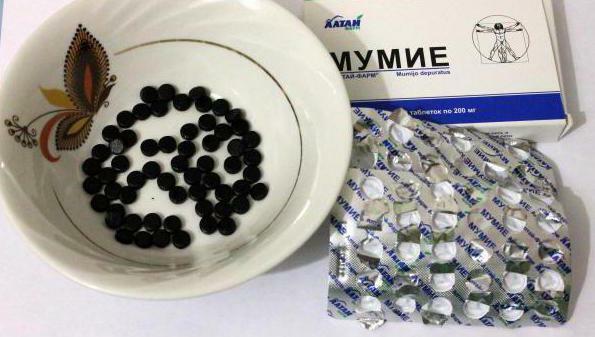 It is a biogenic stimulant of a wide spectrum of action. Mumiye in tablets, solution or applications has a strong biostimulating effect with inhibition of mutational processes. The drug is indicated for damage to the musculoskeletal system, ulcers of the intestinal tract, purulent and inflammatory diseases, inflammatory and allergic processes, periodontitis and other diseases."Mumiye" is recommended as a preventive agent for increasing the overall resistance of the body during epidemics of influenza.

In addition to high efficiency, the uniqueness of the drug is due to the absence of side effects( except for cases of individual intolerance) and the possibility of use in pregnant women and during breastfeeding.

During the appointment and reception of the drug "Mumiye" it is necessary to take into account the drug interactions, as it interacts with almost all drugs. Poisoning and overdose are rare, accompanied by impaired intestine.

The drug is available in the form of ointments, applications or a solution, in addition, a mummy is available in tablets. Apply Mumiye twice a day: half an hour before meals in the morning and two hours before bedtime.

Eleutherococcus takes a special place among stimulants of the central nervous system and adaptogens. Indications for the prescription of this medicine include situations where it is necessary to increase mental and physical performance, and also take it as a restorative and tonic. 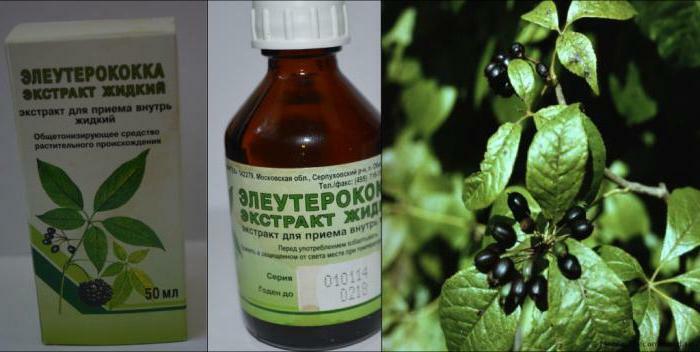 "Eleutherococcus" is produced as an alcohol extract. Take the drug for 20-30 drops 30 minutes before meals for 25-30 days. In addition, for the preparation "Eleutherococcus" indications for the appointment include asthenic syndrome, fatigue, chronic fatigue syndrome. Successfully the drug is used to treat diabetes, prevent cancer and improve vision.

Another representative of plant adaptogens is the tincture of rhodiola rosea. The price for this drug ranges from 150 to 200 rubles. Alcohol tincture due to the content of a large number of active substances has a pronounced tonic and adaptogenic effect. Rhodiola rosea improves the body's resistance to unfavorable environmental factors, temperature changes, stress factors. The drug increases physical performance, reduces mental stress, improves the condition of patients with vegetovascular dystonia. In addition, there was an antiarrhythmic effect on the background of taking rhodiola tincture. 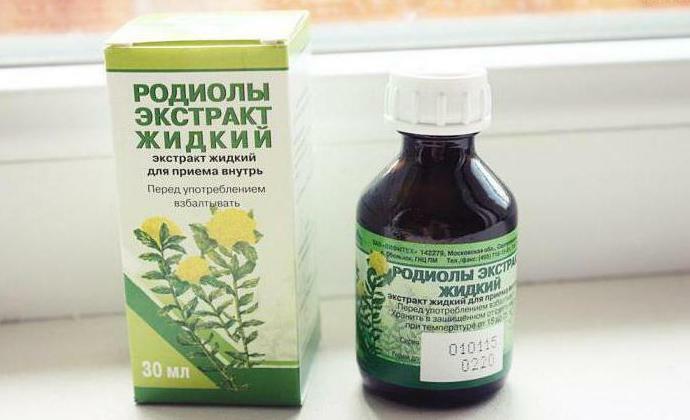 Apply the tincture orally, previously dissolving the required amount of the drug in a small volume of water. For maximum therapeutic effect, you should drink the infusion for 10-15 minutes before meals, while taking the drug should be done in the morning. If you drink the medicine in the afternoon, due to stimulation of the nervous system, side effects may occur - insomnia, increased blood pressure, headaches.

The drug is contraindicated in patients with hypersensitivity to it, as well as in individuals with high blood pressure. In order to treat asthenic syndrome in children, a drug should be prescribed only after the age of twelve.

Adaptogen is an indispensable tool for increasing daily working capacity."Pantocrinum" is made by extracting biologically active substances from horns( antlers) of sika deer, maral or red deer. The active substances of the drug have a pronounced stimulating effect on the activity of the nervous and cardiovascular system."Pantocrine" in its composition contains a large number of trace elements in the proportions that are necessary for man, and amino acids and phospholipids are actively involved in the restoration of cell membranes and the normalization of metabolism.

"Pantocrine" is widely used for the treatment of neurasthenia and neuroses, overfatigue, asthenic conditions after inflammatory or infectious diseases, arterial hypertension, metabolic disorders and digestive disorders. In addition, the drug is successfully used to restore impaired sexual function in men.

Apply "Pantocrine" inside of 20-40 drops, previously dissolved in a small amount of water. The frequency of reception depends on the patient's condition and on average is 2-3 times a day. Like most other adaptogens, in order to prevent the occurrence of side effects, "Pantocrine" should be taken in the morning( maximum - 4 hours before bedtime). 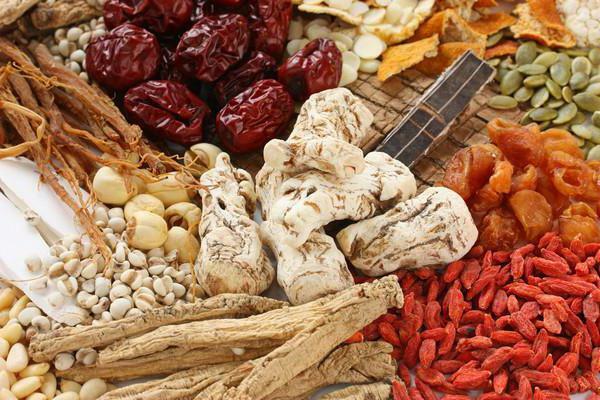 Ginseng root tincture belongs to the group of adaptogenic and tonic agents. The active ingredients of the tincture are essential oils and glycosides, pectins and saponins extracted from the root of the plant. The drug is effective for the treatment of asthenic conditions, fatigue during increased mental and physical activity, in the recovery period after severe illnesses, and as a means for complex treatment of psychogenic impairment of sexual function.

Like other adaptogens, tincture of ginseng should be taken in the morning for 30-40 drops, diluted with a small amount of water.

Adaptogen is a drug whose main effect is aimed at increasing the mental and physical working capacity of a person. If the feeling of fatigue and frustration recently is a constant companion - it's time to start taking these medications. Over-the-counter vacation, the widespread presence in the pharmacy chain and the low cost of this group of stimulants make them indispensable in the treatment of asthenic syndrome. It is important to remember one thing: the reception should be lengthy and necessarily systematic.