The human body is prone to various diseases. Ills can affect any internal organ. The 12-duodenum is no exception. The most famous ailment of this part of the digestive system is peptic ulcer. Many people associate it with the stomach, but in fact it is not only associated with it. In the pathological process is often involved in the duodenum. What is this ailment? What other diseases can affect the duodenum? Before looking for answers to these questions, it is worth considering the structure of the named department of the digestive system.

The structure of the duodenum

The human digestive system is complicated. One of its components is the 12 duodenum. It is considered the initial department in the small intestine. The duodenum originates from the pylorus and ends with a duodenum-jejunal bend that passes into the next section of the small intestine( into the jejunum).

In the duodenum, several constituent elements are distinguished: 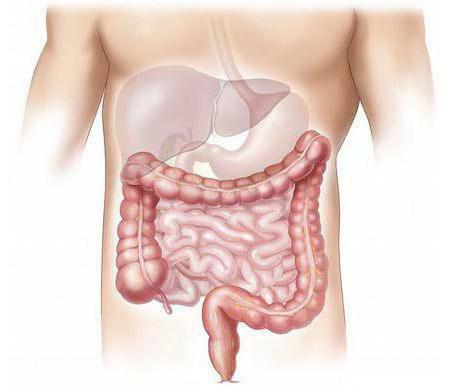 Functions of the duodenum

Several important functions are performed by the duodenum:

Some diseases that can be associated with duodenum

One of the diseases that arise in the duodenum is duodenitis. This term refers to inflammatory-dystrophic changes in the mucous membrane. They arise because of the impact on the body of harmful factors: food poisoning, toxic substances that cause poisoning when entering the digestive system, acute food, alcoholic beverages, foreign bodies. When duodenitis, pain in the epigastric region is felt, nausea, vomiting, weakness, and body temperature rises.

Diseases of the duodenum still include chronic duodenal obstruction. This is a process that leads to the violation of the passage through the duodenum, i.e. motor and evacuation activity in this part of the digestive system is disrupted. The disease occurs for a variety of different reasons( for example, the presence of tumors, congenital anomalies, etc.).The symptoms depend on the causes that caused chronic duodenal obstruction, from the stage of the disease and from how long ago the 12 duodenal ulcer was affected. Symptoms of sick people mark themselves such as discomfort and heaviness in the epigastric region, heartburn, deterioration of appetite, constipation, murmur and gut transfusion. 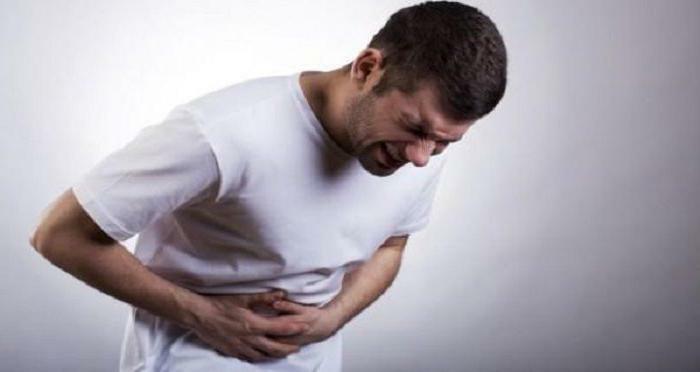 Treatment of diseases should be prescribed by a doctor. In order to restore duodenitis to duodenum, the following measures may be required:

In chronic duodenal obstruction, treatment of the duodenum requires an individual approach. If the disease provoked a mechanical obstruction, surgery is performed. In other cases prokinetics may be prescribed. These drugs have a stimulating effect on the muscles of the gastrointestinal tract, increase contractile activity, tone of the stomach and duodenum, make faster evacuation of gastric contents. 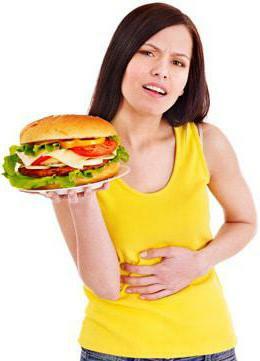 What is meant by a peptic ulcer?

Considering the ailments of the duodenum, special attention should be paid to peptic ulcer. This term refers to a serious disease that occurs in a chronic form with alternating periods of remission and exacerbation. The etiology of this ailment has not been studied well enough. It used to be believed that peptic ulcer is provoked by substances such as pepsin and hydrochloric acid, which are produced in the digestive system. However, studies have shown that the microorganisms Helicobacter pylori play an important role.

Statistics show that the prevalence of duodenal ulcer is 6 to 15%.It can not be said that a representative of a sex is sick less often or more often. Men and women are equally susceptible to this disease.

Ulcers are duodenal lesions. They can be compared to erosion. However, these two types of damage have significant differences. Erosion affects only the mucous membrane that lines the duodenum. The ulcer penetrates into the submucosal and muscular layers.

Studies show that ulcers in most cases are at the top. They are localized near the pylorus. The diameter of the damage is different. The most common ulcers, in which this parameter does not exceed 1 cm. In some cases, large ulcers are found. Doctors in their practice encountered damage to the duodenum, which in diameter reached 3-6 cm. 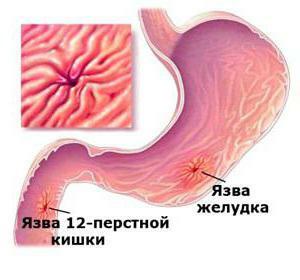 Some people have a malaise, and others have suspicious signs of ulcer 12 duodenal ulcer. Symptoms are most often observed as follows:

Of the listed signs, the most common is pain. By its nature it is different - acute, burning, aching, indefinite, dull. Pain, as a rule, occurs on an empty stomach( in the morning after awakening).They can also appear after meals in about 1.5-3 hours. Unpleasant sensations are stopped with antacids, food and even a glass of milk or warm water. The fact is that food and drinks, when ingested, partially neutralize the effect of hydrochloric acid. However, after a short period of time, the pain resumes.

The diagnosis of "duodenal ulcer" can not be made only on one symptom and external examination of a sick person, because the above features are characteristic of a wide range of diseases. Not only duodenal ulcer, but also cholelithiasis, gastric cancer, pancreatitis, benign tumors, etc., can be hidden behind the listed symptoms.

A suitable and reliable method of diagnosing peptic ulcer is fibrogastroduodenoscopy. During this study, a special instrument with a light source and a camera is inserted through the mouth into the stomach to examine the mucous membrane of the digestive system. The image is formed on the monitor. The doctor evaluates the stomach and 12-duodenum. Diseases are diagnosed by observable pathological changes. If necessary, the specialist takes a sample of the mucous membrane for examination for the presence of microorganisms that provoke the occurrence of peptic ulcer. 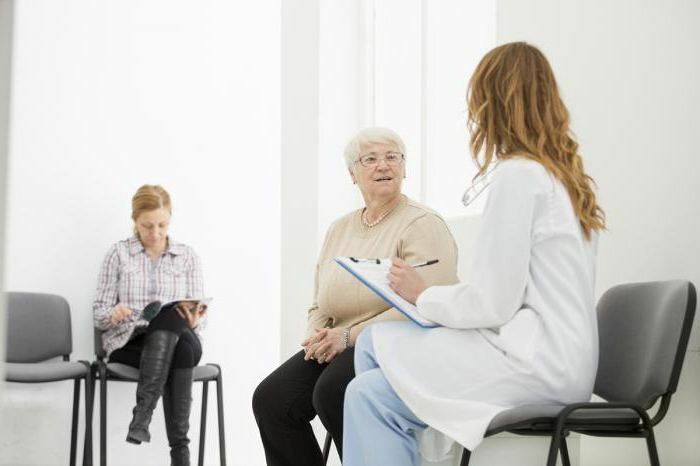 Peptic ulcer can be treated medically or surgically. At the first method to sick people doctors prescribe drugs that neutralize hydrochloric acid. They are called antacids. Also, drugs that help suppress the production of hydrochloric acid in the human body help with disease. For example, omeprazole may be prescribed.

If in the course of diagnosis the microorganisms Helicobacter pylori are detected, then the use of three-component therapy is possible."Omeprazole" or "Ranitidine" is prescribed in combination with antibiotics( "Amoxicillin" and "Clarithromycin"). 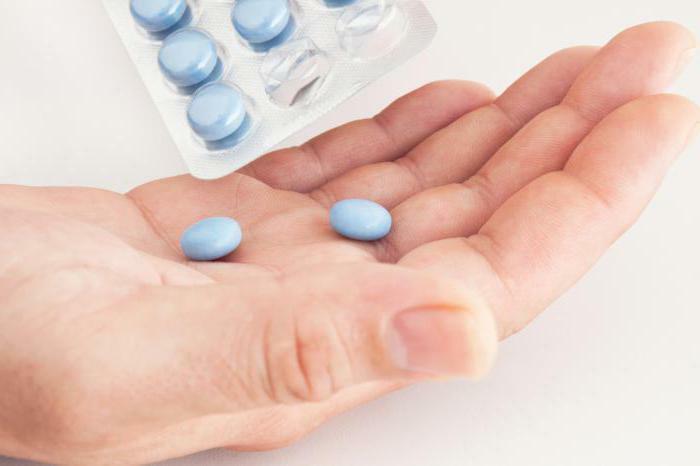 When it is too late to diagnose "duodenal ulcer", treatment is prescribed surgical. It is performed with certain indications:

The essence of surgical treatment is to remove a part of the stomach. In the operation, the part of the internal organ that is responsible for the secretion of gastrin in the body is excised. This substance stimulates the production of hydrochloric acid. 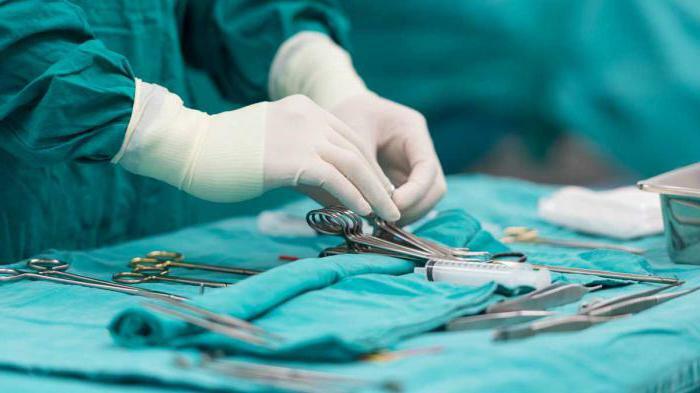 In conclusion, it should be noted that when there are suspicious symptoms, characteristic of duodenal diseases, it is worthwhile to seek help from a polyclinic to specialists. Self-medication with ailments is inappropriate, because the wrong drug therapy, its lack or unnecessary folk remedies can cause serious harm to your body, worsen your health.