"Ezlor": analogs, their comparison and reviews

Allergy - this individual reaction of the body to a certain annoying factor. It can appear in the form of urticaria, skin itch or rash, edema of the epidermis. An allergic reaction can bring a huge discomfort to the patient, and only medications such as Ezlor pills can come to the rescue. Analogues cheap can also be used on the advice of a doctor.

The drug belongs to the group of histamine N1 receptor blockers. Dizloratadine acts as an active ingredient. In addition to the main substance, the composition of the product includes the following elements: povidone, microcrystalline cellulose, croscarmellose sodium and magnesium stearate. The medicine is produced in the form of tablets coated with a film. The average cost per package is 300 rubles. 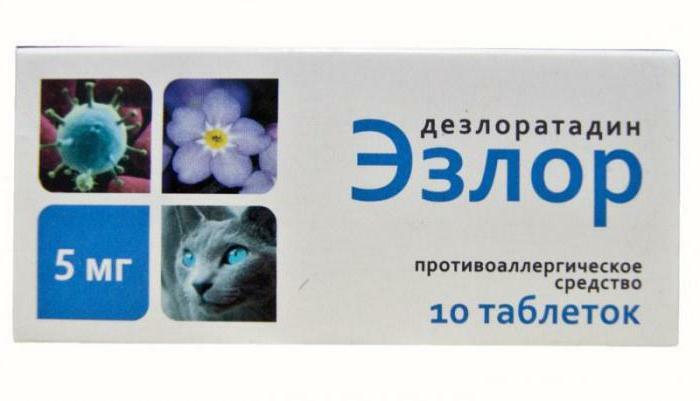 For uncomplicated allergic reactions, such as rhinitis or urticaria, Ezlor may be prescribed. An analogue designated by a specialist may have the same indications. Often the drugs have the same composition and, accordingly, can be used for similar symptoms. The difference is only in name and value.

The tool "Ezlor" has many quality analogues. The most popular of them will be described later.

If there was no "Ezlor" medication in the pharmacy, a cheaper analogue called "Desal" will come to the rescue. The main medicinal element here is also desloratadine. Tablets can be prescribed for the therapy of skin allergic reactions, such as rash, itching, urticaria. When there is swelling of the extremities, it is recommended to use more potent means. 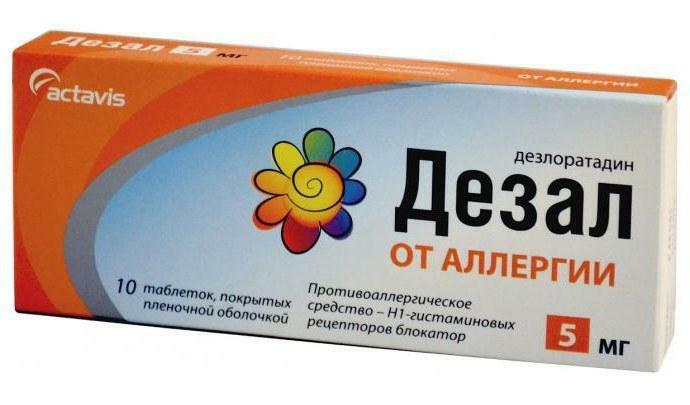 Like the preparation "Ezlor", the analog has many contraindications. This includes the period of fetal and lactation, children under 12 years of age, hypersensitivity to the active ingredient. It is not recommended to take the pill after drinking. Desloratadine increases the negative effect of ethanol on the body. The patients' feedback shows that even a small glass of wine, drunk with a pill against allergies, leads to unpleasant side effects( nausea, stomach pain).

About Dezal, you can hear mostly good reviews. Like "Ezlor", the analog improves the patient's condition within 20-30 minutes after taking the pill. At the same time the price of packaging is only 220 rubles.

"Lordestin" - a popular analogue of

"Ezlor"( tablets), "Lordesteen" have a similar composition. The main component is desloratadine hemisulphate. Indication - allergic rhinitis or skin manifestations in the form of hives, itching or local redness. The medication can not be prescribed during the period of the baby's nurturing and lactation. Age restrictions are also present. Children under 12 years of age should not use this antiallergic drug, as clinical studies in this direction have not been carried out. After 65 years, the use of medication should be discussed with a doctor. The drug may adversely affect the liver of an elderly patient. 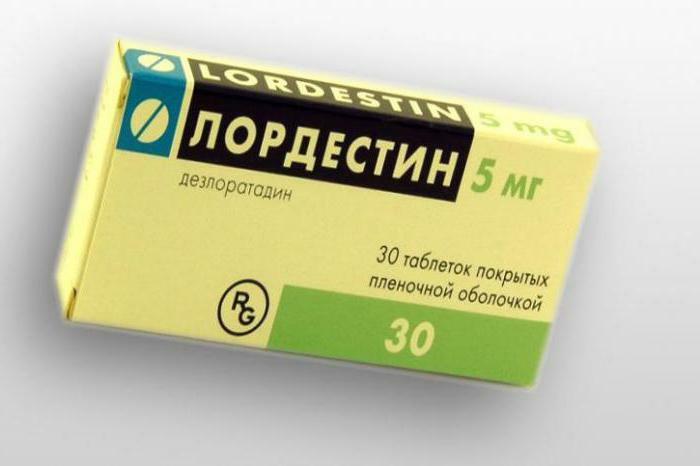 Reviews show that with a slight manifestation of allergies it is enough to take one pill of "Lordestina".Longer-term therapy may be rhinitis. In this case, the daily dosage is the same - one tablet. The duration of the course will depend on the clinical manifestations. The price of "Lordestin" means about 350 rubles.

Desloratadine is the active substance, as is the case with Ezlor. The analog is almost twice as expensive. For one box of pills will have to give about 550 rubles. Although the effect of therapy is the same as that of the above described medications. Also the composition of the medicament includes the following components: calcium hydrophosphate dihydrate, talc, corn starch, microcrystalline cellulose.

The syrup "Erius" is also popular. About the drug you can hear positive feedback from parents. In this form, the medicine can be prescribed for children older than 12 months. Due to the presence of sucrose in the drug, it is not prescribed to people with intolerance to the latter component. The drug is contraindicated also during the period of bearing of the child and lactation.

This drug can also be purchased if it was not possible to find tablets from the allergy "Ezlor" in the pharmacy. The analogue is one of the cheapest. For one packing of tablets it is necessary to give only 20-25 rubles. The main drug component is loratadine. Auxiliary components - lactose monohydrate, corn starch, magnesium stearate. Also, the medicine is available in the form of a syrup. Here, further components are used such as sucrose, sodium benzoate, citric acid monohydrate and peach flavor. 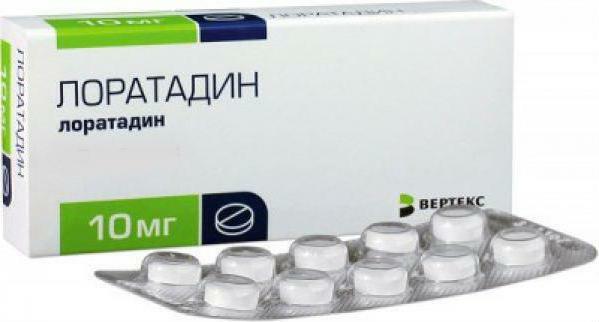 The drug "Loratadin" can be prescribed for the therapy of seasonal allergic rhinitis. Unlike the drugs described above, the medication is used to treat idiopathic urticaria in children older than 2 years. Contraindications - the period of pregnancy of lactation, intolerance to sucrose. Patients with impaired liver and kidney function should be treated with caution( a reduced dosage is recommended).

This is another popular analog."Ezlor"( pills) reviews specialists collects the same as "Lomilan".Patients claim that this medication is similar in effect to that of "Loratadine" and does not differ in composition. The difference is in the price. The cost of one package is about 60 rubles. Medication is often used for allergic manifestations of rhinitis and conjunctivitis. Also, patients note that the medication helps to remove an atypical reaction to the bites of bees, midges and mosquitoes.

Like Loratidine, the drug can be used in pediatrics. Children under 2 years of age are not prescribed a drug. Contraindications include the period of gestation and lactation. The composition of the drug also includes sucrose. Therefore, people with intolerance to this component to conduct allergy therapy is using another drug.

The medication is available in the form of tablets and syrup. The active ingredient is loratadine. The drug is widely used for the treatment of skin diseases of allergic etiology in patients older than 2 years. You can also use the medication if the body's reaction to an irritant in the form of rhinitis or conjunctivitis is inadequate. Contraindications - increased sensitivity to the constituent elements, the period of pregnancy and lactation, intolerance to sucrose. 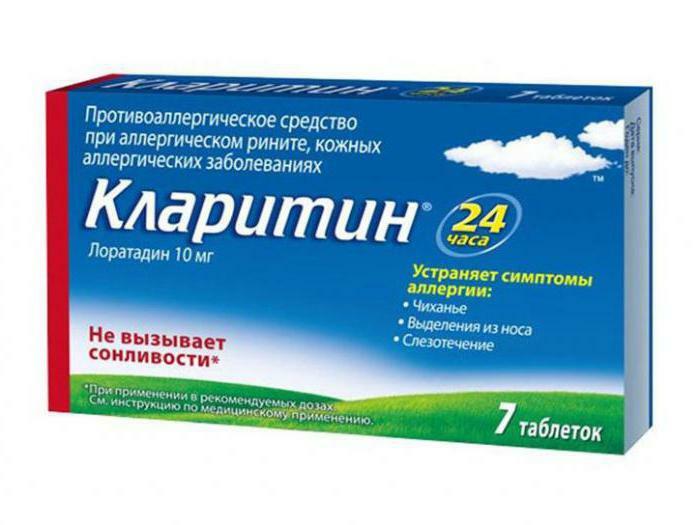 Reviews show that the drug "Claritin" is less in demand in patients. This is due to the high price, compared to analogues. The cost of one pack of tablets is 250 rubles.

This antiallergic drug also belongs to the group of histamine H1 receptor blockers. If you believe the reviews, the drug has a positive effect with various allergic manifestations. The active ingredient is mebhydrolyn. The drug is available in the form of tablets and pills. Prescribed can be a drug for patients older than 10 years. Contraindications include closed-angle glaucoma, pregnancy and lactation period, diseases of the gastrointestinal tract, cardiovascular system, pregnancy and lactation. 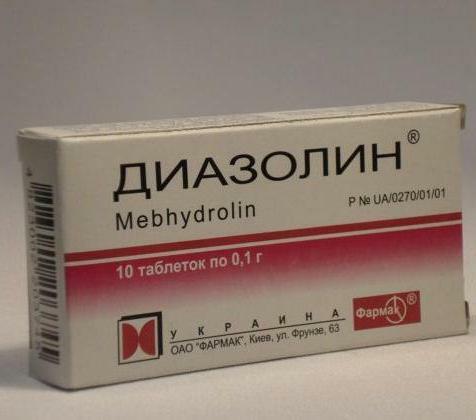 Specialists' reviews show that mebhydroline increases the negative effect of ethanol. Therefore, during the period of therapy, it is desirable for patients to stop using alcohol. For one packing of tablets it is necessary to pay about 100 rubles.