In our crazy time, when everything costs money, it turns out, there are also disinterested altruists who are trying to give all their strength to the happiness of others. To be convinced of this, it is enough to come to the tuberculosis sanatorium "Ples".The reviews of those who visited here are full of sincere gratitude for kindness, attention, sensitivity and much more. If the sanatorium had not such a spiritual, almost homely atmosphere, it would hardly have been possible for someone to live here 1,5-2 months. It is such long-term treatment in this unique health resort. A huge plus of the sanatorium is all procedures. Accommodation and meals are provided free of charge. A huge minus - at all desire the sanatorium can not accept everyone who dreams here to have a rest and receive medical treatment.

Location how to get

The TB sanatorium "Ples" is located in the town of the same name, located on the picturesque shore of the Volga at the mouth of its right tributary - the river Shokhonka. Administratively, this is the Privolzhsky District of the Ivanovo Region. From Kostroma to Plyos - about 70 km, and from Privolzhsk - only about 20 km. The TB sanatorium "Ples" is located on the outskirts of the city, which is very important to keep in mind, since in this locality there is another sanatorium with this name, but rendering several other services and having absolutely different conditions of stay. 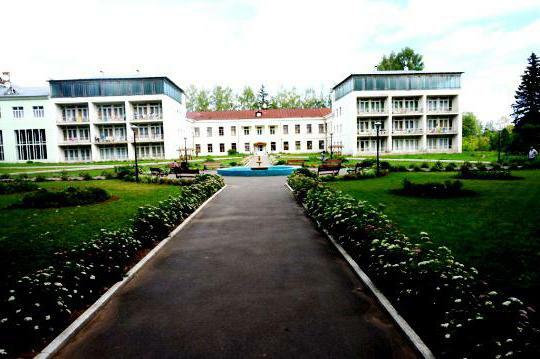 To get to the sanatorium "Ples"( Ivanovo region) it is possible only by road( car or bus).The stop is two dozen meters from the sanatorium. The nearest railway junctions are located in Ivanovo, Kostroma, Yaroslavl and Vladimir. Of all these cities in Plyes there are bus services.

Very beautiful and carefully groomed territory of more than 75 hectares has a sanatorium "Ples".Reviews, photos of vacationers eloquently testify that there are green, many flowers, comfortable and shady avenues, on which many shops are set. A big plus of the territory is the numerous pines that enrich the air with phytoncides. Designers and employees of the sanatorium tried to diversify the landscapes with the figures of merry little animals, making of them funny skits. There is even a hut on chicken legs. For birds along the avenues and between the trees in the territory there are feeding troughs, in front of the central building the fountain pleases the eye. In winter, you get the impression that you are in a magical land. This feeling is caused by trees in bizarre snowy clothes. In addition to alleys on the territory of the sanatorium there are specially designed terrencures, as well as a small pond. 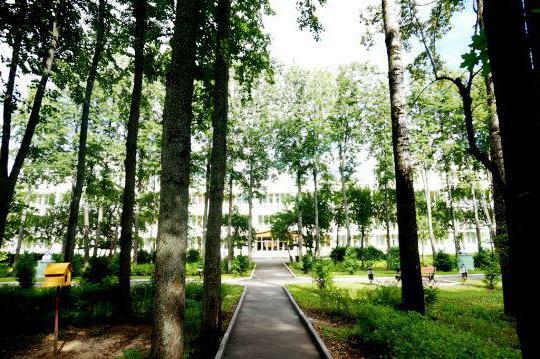 For sports fans there is a sports ground on which you can play volleyball or football, and in the winter it is turned into a skating rink. Surrounded by all this natural beauty are multi-storey buildings of the sanatorium, among which two are residential, and the rest are intended for the provision of medical services. Parking in the territory there. Motorists can leave their vehicles behind the gates on a special unprotected site.

Quite simple and unassuming accommodation provides its guests a sanatorium "Ples".Reviews of patients health resorts indicate the purity of the rooms, but the fact that they do not have luxurious amenities, perceive with understanding, because for housing no one pays a penny. To accommodate the holidaymakers, buildings # 6 and 7 are provided. In total, 185 rooms are available, of which single rooms are 12, 121 are double and 52 are triple. Reservations are not made in the sanatorium, the settlement is carried out according to availability, but, if possible,on the treatment of people. In all the rooms, the Spartan furniture, which is the most necessary set of furniture - beds, bedside tables, wardrobe and chairs, as well as sockets for connecting the wired Internet( except for single rooms).Facilities in the form of a toilet bowl and a wash basin are available only in double and triple rooms. Shower cabins are located in the building number 7, but in the near future should appear in the building number 6.For the convenience of the guests, each building is equipped with washing machines and ironing boards, and modern flat-screen TVs are installed in spacious halls( on the floors), furnished with large soft armchairs and sofas.

In the sanatorium "Ples" the rules of residence are such that one must observe the regime of the day. This refers to the procedures and nutrition, which is organized in the dining room. There is no buffet here, the type of food is a custom-made menu. This means that everyone can choose from 3-4 dishes, but breakfasts, lunches, dinners, snacks and one snack are strictly time-consuming, it is undesirable to be late. Despite the fact that the sanatorium is budgetary, all the food here is delicious and satisfying, which is repeatedly mentioned in the reviews. 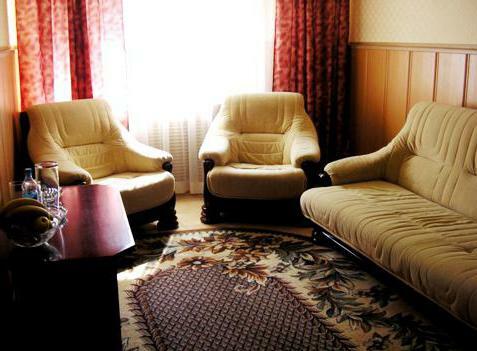 In its free time from the procedures many things are organized for its guests by the sanatorium "Ples".The comments of the people treated here mark a diverse cultural program, which is held every day in the health resort. It's not just dances and walks in the open air, but also concerts in which vacationers can also take part, as well as quizzes, fun contests, themed evenings and many, many holidays. For needlewomen in the sanatorium there is a creative workshop, for sports fans there is a rental office where balls, racquets are given out, and in the winter - skates, sledges, skis. Those who are friends with books will be pleased with the rich library.

Sanatorium "Ples"( Ivanovo region) is tubercular, therefore only a certain number of patients take rest and recovery here. These are:

- everyone who has already cured tuberculosis of the eyes, lungs, but has concomitant diseases( III GDU);

- all those diagnosed with sarcoidosis in the inactive stage;

- everyone who has contacts with patients with tuberculosis at home or at work( IV GDU).

About the advisability of treatment in this sanatorium makes the conclusion of the treating phthisiatrician at the place of observation of patients.

The health resort serves only Russian citizens from 18 years of age. 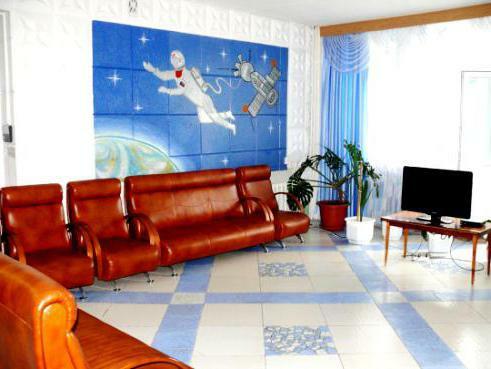 Who is not admitted to the sanatorium

Because the sanatorium "Ples"( Ivanovo region) is tubercular, people who suffer from the following diseases are not welcome here:

- any diseases of the heart and blood vessels;

- cirrhosis of the liver;

- any diseases, including tuberculosis, in the stage of exacerbation;

- a disease in which people are not able to move independently and serve themselves;

- nephritis and other kidney diseases in the acute stage;

Unfortunately, it is not so easy to get to the sanatorium "Ples".The opinions of those who have been treated here mention how big it is to collect a package of documents. It must necessarily include:

- a statement of the patient;

- the registered ticket to the sanatorium;

- a direction for recovery, signed by the head physician of the polyclinic and sealed;

- recommendations about the expected treatment in the sanatorium;

- an extract from a medical card;

- for women - a certificate from a gynecologist;

- a certificate from a psycho-dispensary for those suffering from nervous disorders;

- the conclusion of narrow specialists( in the presence of concomitant diseases);

- certificate from the place of work; 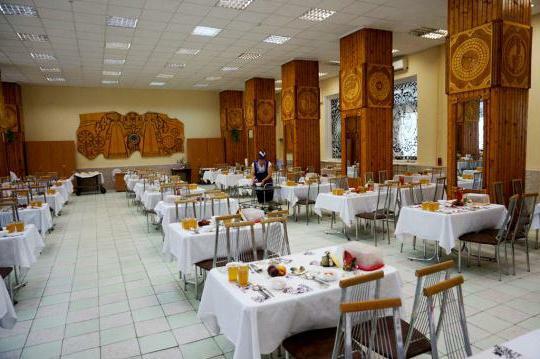 As stated above, data of the main analyzes and other studies should be in the hands of those entering the sanatorium "Ples"( Ivanovo region).Patients' opinions are sometimes met with dissatisfaction with this circumstance, but in this treatment institution new arrivals are only given an analysis of sputum on the Office. In the future, according to the indications of the doctors of the sanatorium, and also in the event of a need for rest, vacationers can turn to the diagnostic center of the health resort, where they carry out such examinations:

The following doctors work in the sanatorium:

is a doctor of physical therapy.

The cardiologist does not have a staffing table.

"Ples" is a sanatorium for tuberculosis. Therefore, the main therapeutic measures are aimed at restoring the body's functions, which are disturbed precisely by this disease. Treatment methods include: 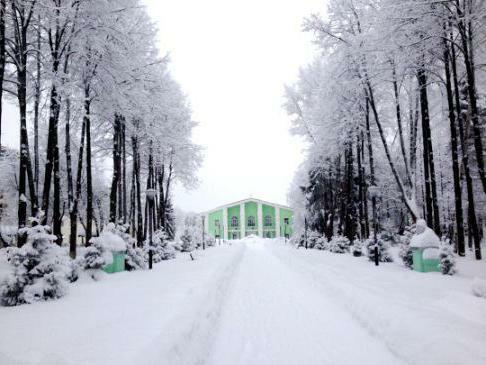 An important role in the restoration of health is played by the natural and climatic conditions of the health resort, clean air, calm atmosphere.

At the moment there is a rehabilitation center and three treatment units of the TB sanatorium "Ples"( Ivanovo region).Reviews about the work of medical staff in them are very good. All procedures are performed strictly according to the prescriptions of doctors, the nurses are friendly and attentive. Each branch in this sanatorium is focused on a therapeutic and health-improving and preventive complex of effects for different categories of patients.

In Unit 1, people who have contact with tuberculosis patients( at work or at home) are treated. Here the widest spectrum of therapeutic effects is used by all available methods( medicamentous, non-medicamentous).Patients are doctors of narrow specialization - oculist, urologist, neurologist, dentist, gynecologist, pulmonologist, endocrinologist. In addition to the underlying disease, treatment is carried out associated with, such as hypertension, atherosclerosis, IHD and others.

In the department №2 they perform health restoration after recovery from tuberculosis of the lungs and eyes.

In the department №3, rehabilitation and preventive measures are carried out for patients at risk, as well as with sarcoidosis.

This health resort enjoys incredible popularity and has long been recognized as one of the best among the treatment and prevention and rehabilitation institutions of this type. Reviews about this sanatorium are only positive. The advantages noted by the people:

- a wonderful attitude of the entire medical staff, employees of the sanatorium;

Among the minuses there is some unsettledness in the rooms, but this shortcoming pays off with numerous advantages.

In the city of Ples along Kalinina Street, house 4, at a boarding house for cultural workers there is a children's sanatorium "Ples", which many in the old fashion called pioneer camp. Children here are not only treated, they are engaged( there is a training base), conduct sports and recreational activities, excursions. All rooms in the sanatorium are 2- or 4-bedded. There are no conveniences in them, only necessary furniture, and toilets, washbasins and showers are located on floors or in a block. 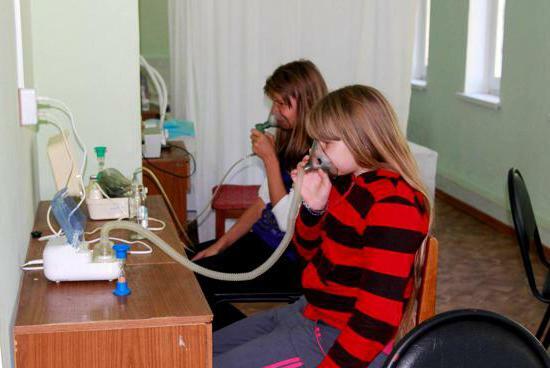 Nutrition in a children's sanatorium is very high in calories, rich in fruits and vitamins. For leisure of children in the health resort there are sports grounds, a dance floor, playrooms. The noted advantages of the health resort:

- not enough comfortable living conditions( there are rooms with bunk beds);

- untenability of the territory;

is a weak medical base.

Nevertheless, most of the holidaymakers consider all the listed shortcomings to be unimportant.