Most members of the stronger sex ignore the appearance of such a symptom as frequent urination, arguing their behavior by the absence of pain. Often, this behavior of men leads to the fact that dysuric disorders begin to limit personal life, social adaptation, and also worsen the quality of life. Inattention to the symptom leads to the development of serious diseases and complicates the treatment process. That is why, when there is an increased urination, it is important to understand as soon as possible what the frequent night urination of a man means.

Over a day, a person normally releases about 75% of the fluid consumed, which is approximately 1500 ml. The remaining part of the fluid is released through the skin and intestines. 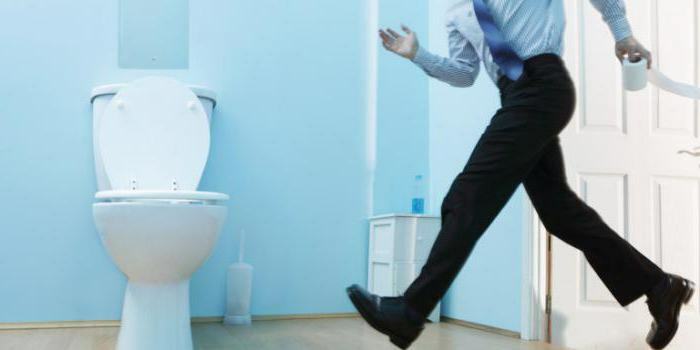 The amount of urination in a healthy person who does not have problems with the urinary system does not exceed 5-6 times. If going to the toilet happens more often, it is worth paying attention to the state of your body and, if possible, seek the help of a specialist in a medical institution.

The amount of urge in the toilet can talk about the condition of not only the urinary, but also the reproductive system. The presence of serious diseases can be indicated by frequent urination in men at night. Causes, treatment, diagnosis can only be carried out by a specialist.

Frequent urination is a phenomenon in which the number of trips to the toilet exceeds six times. 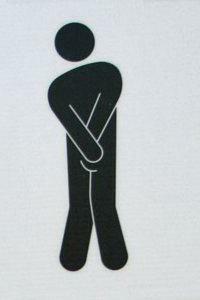 Currently, there are several varieties of this pathological condition:

It should be noted that the reason for frequent urination at night in women is that neurotic conditions are more frequent than in the stronger sex.

Frequent urination in men. Possible causes of the symptom

Frequent urination can be a symptom of a variety of diseases. 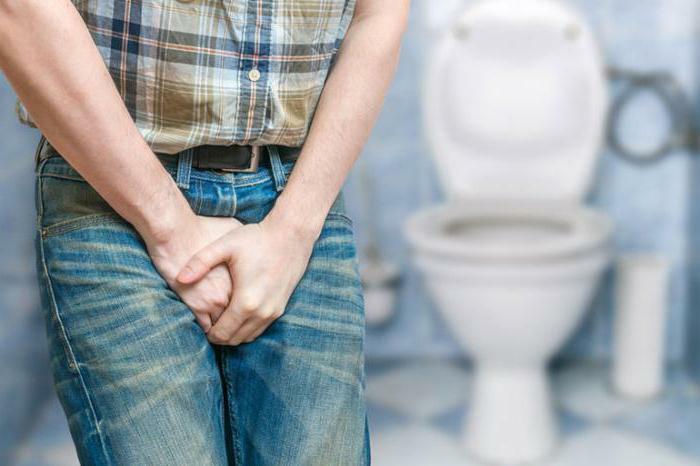 Here are some of them:

The above diseases are serious pathological conditions of the urethra. That is why it is extremely important to make a timely appeal to a specialist in a medical institution.

Diagnostics. When should I go to a specialist?

A man should definitely consult a doctor if:

In addition, a man may experience comorbid symptoms, including fever, chills, fever, malaise, dizziness, and pain in the lumbar region. A man should also be alerted to unusual discharge from the urethra during urination.

At the primary visit of a specialist, the doctor will ask the patient's way of life, specify the amount of fluid consumed. This or that diagnosis is established by a specialist after receiving the results of the research, namely:

If the above studies for diagnosis are not sufficient, the physician has the right to prescribe additional studies, such as:

The latter method is prescribed by a specialist if the ultrasound results show the presence of stones in one or both of the patient's kidneys, but do not accurately determine their size.

Indiscriminate sexual relations without special means of contraception can cause sexual infections in men, one of the main symptoms of which will be frequent urination. The causative agents of pathological conditions are pathogenic microorganisms whose vital activity contributes to the defeat of the prostate and seminal vesicles. The amount of urge in the toilet increases.

So, the causes of frequent urination in men at night can be concealed in the presence of the following diseases of the reproductive system:

In this case, rapid urination can be accompanied by strong pain. In chlamydia, frequent urge to enter the toilet is observed only during the period of general weakening of immunity, as a result of which the number of pathogenic bacteria sharply increases.

For the treatment of rapid urination, which is a symptom of a serious disease, different groups of medicines are used. 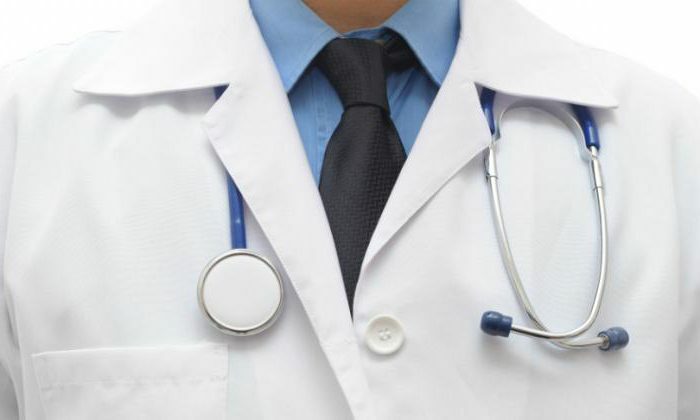 Here are the main directions of treatment:

Only competent specialist of narrow profile can make competent treatment after carrying out all necessary researches and collecting anamnesis. It is strictly forbidden to engage in self-medication.

Prophylaxis of frequent urination in men

Prevention of this phenomenon should be mandatory only if frequent urination in men is a dangerous symptom of a particular disease. 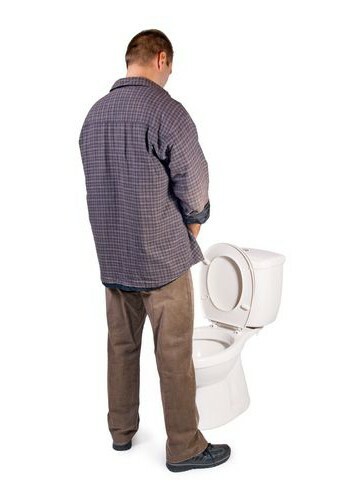 In all other cases, prevention is not necessary.

In order not to exclude the development of urological diseases, it is necessary to observe some very simple rules.

Men at risk are over 50 years of age. According to statistics, it is in men of this age category that there are diseases of the prostate and urinary system. 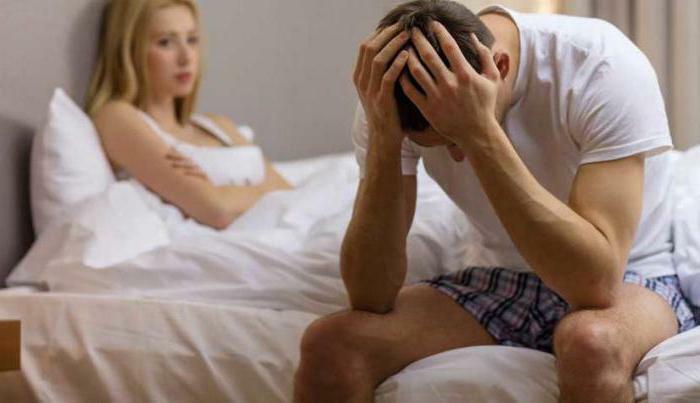 In addition, the risk zone includes men who have promiscuous sexual intercourse, which results in sexual infections accompanied by frequent urination.

When is frequent urination considered a natural phenomenon?

This situation can be normal if a person consumes a large amount of fluid in a day. In addition, in some people such a symptom can be a reaction of the body to a stressful situation.

In addition, frequent urination can be caused by the following factors:

In the above situations, an excessive number of trips to the toilet is the norm.

Untimely access to a specialist in a medical institution can lead to aggravation of symptoms and further development of diseases. 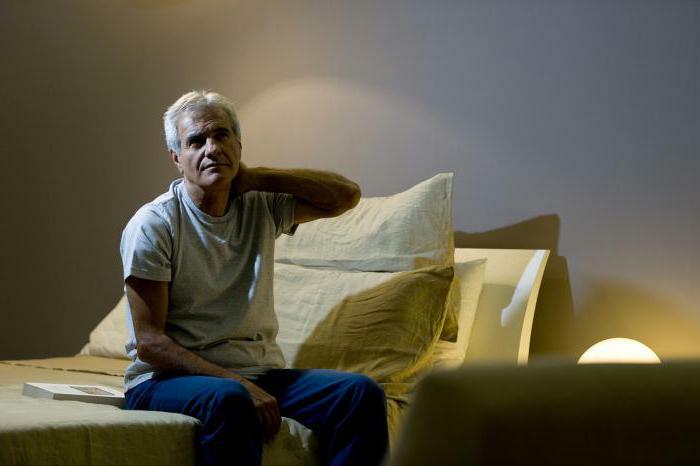 There is no need to exclude the psychological factor. Rapid urination can worsen the quality of a man's way of life, affect his intimate life, social adaptation. Problems with the urinary system can lead to a drop in male self-esteem.

In addition, it is worthwhile to understand that the presence of oncological diseases can speak such an innocuous, it would seem, symptom as frequent nighttime urination in men, the causes of which need to be established as soon as possible.

Frequent urination may occur as a result of stressful situations. In this case, this pathological condition does not require medical intervention and disappears after a certain time. In all other cases, it should alert the frequent urination in men. Causes, treatment and additional recommendations are appointed by the doctor.

It is extremely important to turn to a specialist in time, because an indifferent attitude to the problem that arises can aggravate the existing symptoms and contribute to the further development of pathological processes. As a result, the duration of treatment will be significantly increased.

In addition, it is worth remembering that frequent urination can signal the presence of sexual infection in men's organisms. This state of affairs can not only negatively affect the reproductive function of men, but also lead to infertility.