Genetic pathologies are rare congenital diseases that are difficult to foresee in advance. They arise even at the time when the embryo is formed. Most often they are transmitted from parents, but this does not always happen. In some cases, violations in genes arise independently. One of these pathologies is considered to be Bruton's disease. It refers to the primary immunodeficiency states. This disease was discovered recently, in the middle of the 20th century. Therefore, it is not fully understood by doctors. It occurs very rarely, only in boys. 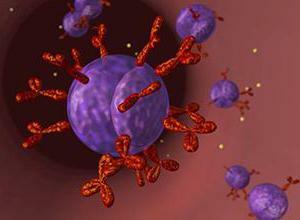 Bruton's Disease: A History of the

Study This pathology refers to X-linked chromosomal abnormalities transmitted at the genetic level. The disease of Bruton is characterized by impairments in humoral immunity. Its main symptom is susceptibility to infectious processes. The first mention of this pathology is in 1952.At that time, the American scientist Bruton studied the anamnesis of a child who was ill more than 10 times at the age of four. Among the infectious processes in this boy there were sepsis, pneumonia, meningitis, inflammation of the upper respiratory tract. When a child was examined, it was found that antibodies to these diseases are absent. In other words, after the transferred infections the immune response was not observed.

Later, at the end of the 20th century, Bruton's disease was again studied by doctors. In 1993, doctors were able to identify a defective gene, causing a violation of immunity. 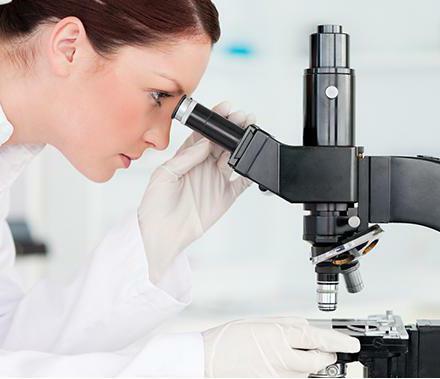 Agammaglobulinemia( Bruton's disease) is often hereditary. A defect is considered a recessive sign, so the probability of a child with a pathology is 25%.The carriers of the mutant gene are women. This is due to the fact that the defect is localized in the X chromosome. Nevertheless, the disease is transmitted only to the male sex. The main cause of agammaglobulinemia is the defective protein that is part of the gene that codes for tyrosine kinase. In addition, Bruton's disease can also be idiopathic. This means that the reason for its appearance remains unclear. Among the risk factors that affect the child's genetic code are:

What is the pathogenesis of the disease?

The mechanism of disease development is associated with a defective protein. Normally, the gene responsible for the tyrosine kinase encoding is involved in the formation of B-lymphocytes. They are immune cells that are responsible for the humoral defense of the body. Due to the insufficiency of tyrosine kinase, B-lymphocytes do not fully ripen. Because of this, they are not able to produce immunoglobulins - antibodies. The pathogenesis of Bruton's disease consists in the complete blocking of humoral protection. As a result, when infectious agents enter the body, antibodies to them are not produced. The peculiarity of this disease is that the immune system is able to fight viruses, despite the absence of B-lymphocytes. The nature of the violation of humoral protection depends on the degree of defect severity. 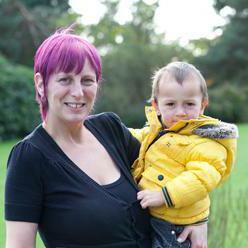 Pathology first appears in infancy. Most often, the disease manifests itself during the 3-4th month of life. This is due to the fact that at this age the child's organism ceases to protect maternal antibodies. The first signs of pathology can be a painful reaction after vaccination, skin rashes, infections of the upper or lower respiratory tract. Nevertheless, breastfeeding protects the baby from inflammation, as the mother's milk contains immunoglobulins.

The disease of Bruton manifests to about 4 years. At this time, the child begins to contact other children, visits the kindergarten. Among infectious lesions, meningo-, strepto- and staphylococcal microflora prevail. Because of this, children can be prone to suppurative inflammation. The most common diseases include pneumonia, sinusitis, otitis media, sinusitis, meningitis, conjunctivitis. When untimely treatment, all these processes can go into sepsis. Also a manifestation of Bruton's disease can be dermatological pathologies. Because of the reduced immune response, microorganisms multiply rapidly on the site of wounds and scratches.

In addition to the manifestations of the disease include bronchiectasis - pathological changes in the lungs. Symptoms are shortness of breath, pain in the chest, sometimes hemoptysis. It is also possible the appearance of inflammatory foci in the organs of digestion, urogenital system, on the mucous membranes. Periodically observed swelling and tenderness in the joints. 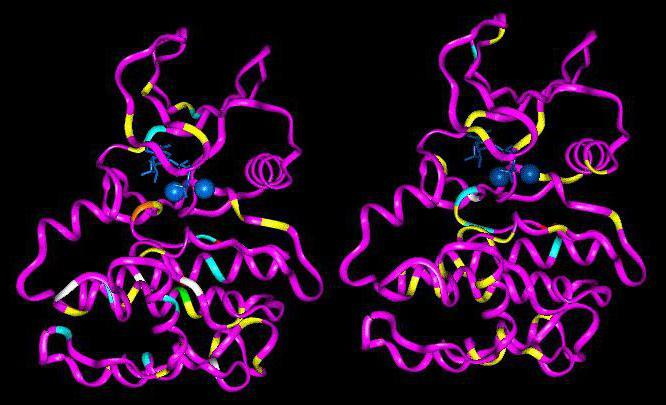 Diagnostic criteria of the disease

The first diagnostic criterion is the frequent incidence. Children suffering from the pathology of Bruton, suffer more than 10 infections per year, and also several times during the month. Diseases can repeat or replace each other( otitis media, tonsillitis, pneumonia).When examining the throat, there is no hypertrophy of the tonsils. The same applies to palpation of peripheral lymph nodes. Also, pay attention to the reaction of the baby after vaccination. Significant changes are observed in laboratory tests. In the UAC, there are signs of inflammatory reaction( increased number of leukocytes, accelerated ESR).At the same time, the number of immune cells is reduced. This is reflected in the leukocyte formula: a small number of lymphocytes and an increased content of neutrophils. An important study is the immunogram. It reflects the decrease or absence of antibodies. This sign allows you to make a diagnosis. If the doctor has doubts, you can conduct a genetic examination. 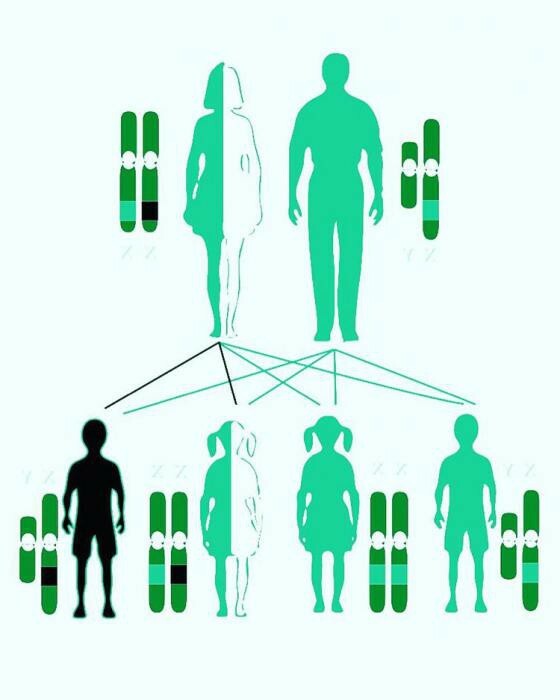 This pathology is differentiated from other primary and secondary immunodeficiencies. Among them - agammaglobulinemia of the Swiss type, Di Georgi's syndrome, HIV.In contrast to these pathologies, Bruton's disease is characterized by a violation of only humoral immunity. This is manifested by the fact that the body is able to fight with viral agents. This factor differs from agammaglobulinemia of the Swiss type, in which both humoral and cellular immune responses are disrupted. To conduct differential diagnosis with Di Georgi syndrome, it is necessary to do a chest X-ray( aplasia of the thymus) and determine the calcium content. To exclude HIV infection, palpation of the lymph nodes, ELISA is performed.

Unfortunately, it is impossible to completely defeat Bruton's disease. The methods of treatment of agammaglobulinemia include substitution and symptomatic therapy. The main goal is to achieve a normal level of immunoglobulins in the blood. The amount of antibodies should be approximated to 3 g / l. To do this, gamma globulin is used at the rate of 400 mg / kg of body weight. The concentration of antibodies should be increased in the period of acute infectious diseases, because the body can not cope with them independently.

In addition to this, symptomatic treatment is performed. Most often, antibacterial drugs "Ceftriaxone", "Penicillin", "Ciprofloxacin" are prescribed. When skin manifestations need local treatment. It is also recommended to wash the mucous membranes with antiseptic solutions( irrigation of the throat and nose).

Prognosis for Agumaglobulinemia of Bruton

Despite lifelong replacement therapy, the prognosis for agammaglobulinemia is favorable. Continuous treatment and prevention of infectious processes reduce morbidity to a minimum. Usually patients remain able-bodied and active. With an incorrect approach to treatment, complications can develop up to sepsis. In the case of neglected infections, the outlook is unfavorable. 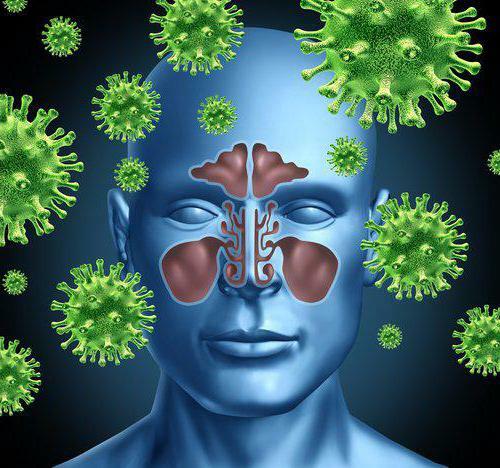 In the presence of pathology in relatives or suspected of it, it is necessary to conduct a genetic examination during the first trimester of pregnancy. Also, preventive measures include staying on air, the absence of chronic infections and harmful effects. During pregnancy, mothers are contraindicated in stress. Secondary prevention includes vitamin therapy, the introduction of gamma globulin, a healthy lifestyle. It is also important to avoid contact with infected people.