Orbit of the eye - an anatomical fossa on the skull. Most often, the fractures are combined, that is, they are found in combination with the trauma of other bones of the facial part of the skull, such as, for example, the frontal, temporal, malar, maxillary or osseous parts of the root tissue and the back of the nose, the walls of the orbit itself.

Trauma of this zone is very dangerous, because the fractures of any of the constituent walls of the orbit are almost always accompanied by concussion of the brain.

In addition to the combined fracture, isolated and rare( about 16.1% of all cases) isolated orbital fracture, which is usually the result of a direct impact towards the eyeball, is also isolated. And more often the impact is from the side of the lower or inner wall, that is, those walls that limit the paranasal sinuses from the cavity of the orbit. Hence the name of the "explosive" trauma. 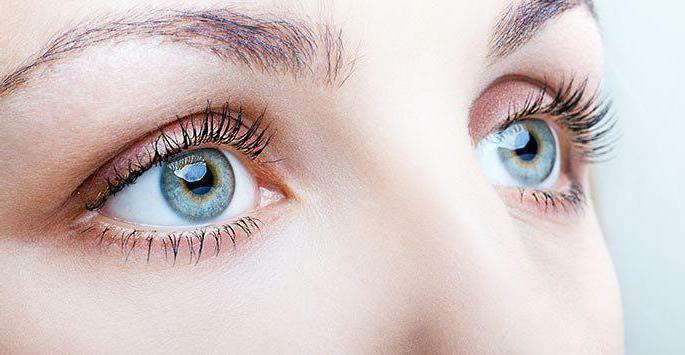 Subcutaneous emphysema is the accumulation of air as a result of traumatic "exposure" and the ingress of gas from the cavity of the orbit into the adjacent paranasal sinuses. This phenomenon is most often detected after a strong exhalation through the nose, after which the air, trapped in the subcutaneous formations, as it were, "crunches" when pressed onto the periorbital region.

Often there is a pinching of the lower rectus muscle, especially with a fracture of the bottom of the orbit, so there is a restriction of the eye movement upwards, and causes the development of diplopia( double vision).

In addition, there may be a hemorrhage in the muscles or surrounding tissues with a restriction of mobility already down.

This ailment is manifested by the following symptoms:

A significant part of the victims show signs of proptosis and prose, as a result of traumatic hemorrhage in the tissue and muscle and swelling in the facial part of the skull. When examined, it is possible to identify foreign bodies of different sizes and structures. Approximately 30% of all "explosive" fractures of the orbit are combined with the development of erosion of the cornea of ​​the eye, the phenomena of traumatic hyphemia( presence of signs of hemorrhage into the anterior chamber), iritis( inflammation of the iris), rupture of the eyeball, signs of concussion of the reticular membrane, its detachment,hemorrhage.

Degree of severity of orbital fracture is high.

Computed tomography( CT) is preferred, and for best understanding of the state of the orbit walls it is desirable to perform axial and coronal thin sections.

In order to identify the fracture and the introduction of the orbital content in a number of located sinuses, it is necessary to examine the inner( medial) part of the bottom and the wall adjacent to the nasal bone.

Inspection of the bony vertex allows us to identify the state of the posterior margin of the bone, which is performed without fail during the operation.

The main manifestations depend on the strength of the applied impact of the facial part of the skull and the concomitant damages: thus, with a fracture of the predominantly upper wall, the percentage of development of concussion of the brain is high. With a fracture of the lower or inner( medial) wall, spreading of mucosal secretions through lesions to the paranasal sinuses with concomitant infection is possible.

How to treat an orbital fracture? Let's consider further.

The aim of the treatment is to preserve or restore the structure of the orbit and its contents, that is, the eyeball( restoring the volume of movement of both active and passive muscles, eliminating such unpleasant accompanying symptoms as diplopia or, for example, strabismus,).

Often in this situation, resort to surgery, which has at the same time and the adverse effect on the contents of the orbit, manifested in the form of excessive pressure on the eyeball. The danger lies also in the fact that the hemorrhage that occurs behind the eye several times increases the pressure exerted on the optic nerve, and mainly on its disc, which entails not only a deterioration of vision, but also an unfavorable outcome and a complete loss of it.

Since the trauma involves a lot of other anatomical components of the skull, it is also forbidden to load these affected parts, in particular, the pressure exerted on the respiratory tract. A simple effort, even insignificant, such as blowing, leads to an increase in pressure inside the zygomatic arch, which aggravates the edema and can provoke a complete eye closure, or contribute to the development of subcutaneous emphysema.

Let's consider in what cases the operation is shown:

Types of operations of orbital fracture

The timing of the operation is distinguished by early surgical intervention performed during the acute period of the trauma, within the first two weeks, that is exactly at the time when the most optimal conditions for restoring integrity and ensuring adequate physiological functioning of the affected organ. Also, the operation can be delayed, performed after a two-week period, but before the fourth month after the injury. This is the so-called "gray period".And, finally, the later provision of medical care, requiring mandatory osteotomy.

The most effective methods of treatment include surgical, in which there are several methods for correcting the bone tissue of the orbit and zygomatic arch. All of them are similar in that they are made through small incisions, which then heal, that is, they become completely invisible.

This operation can be performed on the side of one of the walls of the orbit, may include providing increased access to the opening of the fracture region and the subsequent possibility of using various types of prostheses.

Fracture of orbit is a serious trauma. Assistance must be provided in a timely manner. Otherwise, dangerous, extremely undesirable complications and consequences can arise. The visual function is disturbed, it threatens with an absolute and irreversible loss of vision.

The most common consequences are the development of strabismus, diplopia. Possible concussion, pain shock, concomitant injuries. It is not excluded complications of an infectious nature. The absence of treatment leads to the formation of fibrous, bone intergrowths.

Thanks to the achievements of modern medicine, the above undesirable consequences are prevented, and also the visual function of the victim is fully restored.