Severe diseases of cats are often associated with infection with viruses. Infectious pathologies can result in serious complications and even the death of the pet. Especially easy to infect small kittens, because their immune system is still weak. Even if the animal behaves exclusively in the home, and never leaves the apartment, this does not exclude the risk of infection. The owner of the animal can accidentally bring into the house viruses on the outer clothing or on the soles of shoes. Therefore, all cats need timely vaccinations. One of the effective veterinary drugs is the combined vaccine "Nobivac Triket Trio".Instruction for use recommends the use of this agent for the prevention of infection with calicivirosis, rhinotracheitis and panleukopenia( catnip).

What is a vaccine preparation?

"Nobivac Triket Trio" is a live vaccine. It contains neutralized strains of viruses, which completely lost pathogenicity, but when ingested, the formation of antibodies and the formation of immunity can result. If the pet is already sick, then the introduction of the vaccine will not help, but can only harm and lead to an exacerbation of the symptoms. This drug is not for treatment, but for prevention, and it can be administered only to healthy cats. 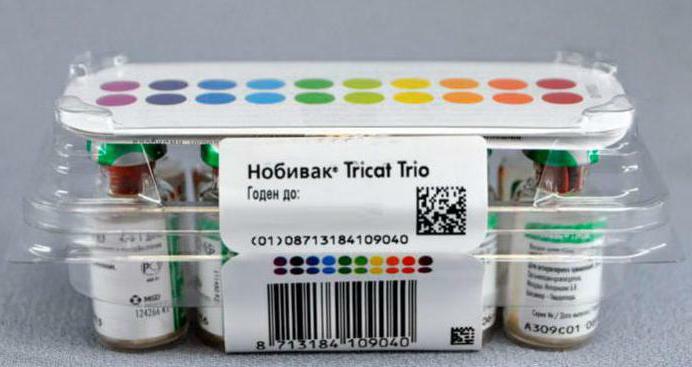 This preparation for inoculations consists of attenuated strains of three types of viruses:

The vaccine looks like a pale pink porous mass, packaged in vials. The solvent "Niviak Diluent" is attached to it. It is a clear, colorless liquid. Each package contains 10 vials of the vaccine and the same amount - with the solvent. One vial with the drug for cats "Nobivac Triket Trio" contains one dose, which is necessary for grafting.

How does the vaccine work?

The drug is administered to cats twice per vaccination course. One injection is not enough to form a permanent immunity. It is necessary to make a second injection.10 days after the second injection of the animal body, antibodies against viruses are formed and immunity is formed. Protection against infections continues for the next time period: 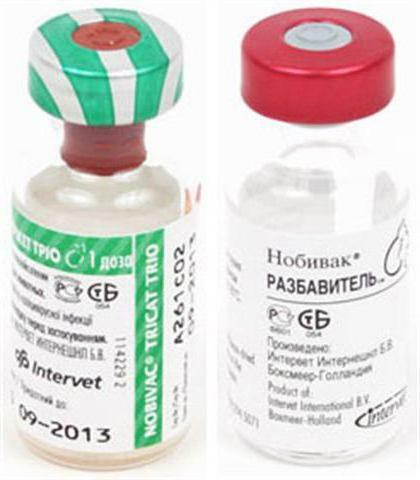 After 1 year it is necessary to repeat the introduction of the drug "Nobivac Triket Trio".The instruction says that if the booster is not revaccinated, then the animal can become infected. However, within 3 years after the last injection, calicivirosis and rhinotracheitis will proceed with an erased symptomatology.

Contraindications and undesirable effects of

There are times when the administration of the Nobivac Tricat Trio vaccine should be postponed. Animals should not be vaccinated in the following cases:

The preparation practically does not cause side effects. Cases of the disease Kaliciviroz, rhinotracheitis and plague because of the introduction of live vaccine was not noted. Some cats showed a slight swelling at the site of the injection and the temperature rose slightly after the injection of the "Nobivac Tricket Trio".The instruction says that such symptoms should not cause concern. Skin and febrile reactions take place without treatment in a few days. Sometimes you may experience an allergy, in which case you should visit a veterinarian. 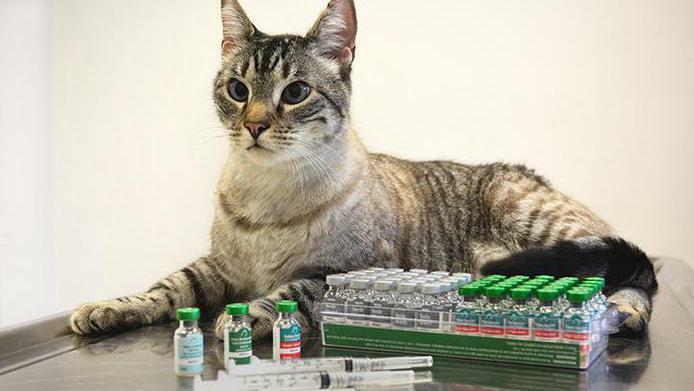 How do I put an injection?

Vaccination is given only to healthy cats and kittens, starting at the age of 2-2.5 months. If the animal has never been vaccinated with Nobivac Tricat Trio before, the drug will be re-injected 21-28 days after the first injection. This is necessary to fix the immune response. In the future, revaccination is carried out every year. This scheme should be adhered to, if the next dose of vaccine is missed, the effectiveness of virus prevention will be reduced. If the inoculation had to be postponed because of a cat's illness or pregnancy, the next injection should be done immediately after full recovery or the end of lactation.

The following algorithm should be observed during vaccination: 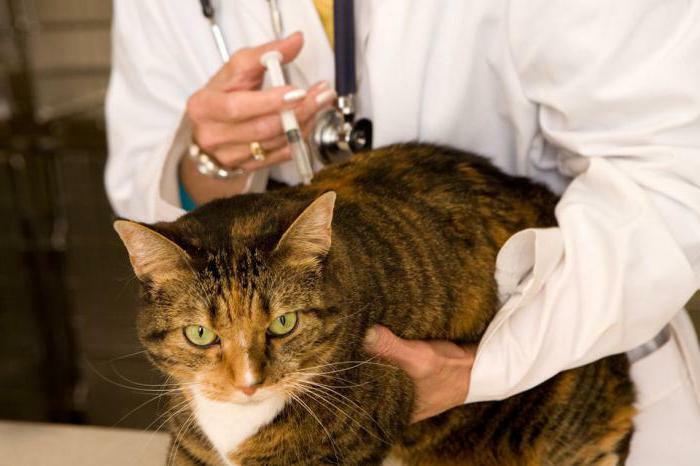 It is not recommended to perform other inoculations one day with a shot of "Nobivac Triket Trio".The instruction allows only Nobivac Rabies( rabies) vaccine to be used simultaneously with this drug. However, drug solutions should not be mixed in the same syringe.

Rules for use and storage of the vaccine

Bottles are best kept in the refrigerator. Mass with neutralized viruses stored at a temperature of +2 to +8 degrees for 30 months, for the solvent allowed to a temperature of +25 degrees, it is usable for up to 60 months. After the expiration of these terms, the drug can not be used.

The prepared vaccine solution should be applied immediately. After 30 minutes he loses his fitness. 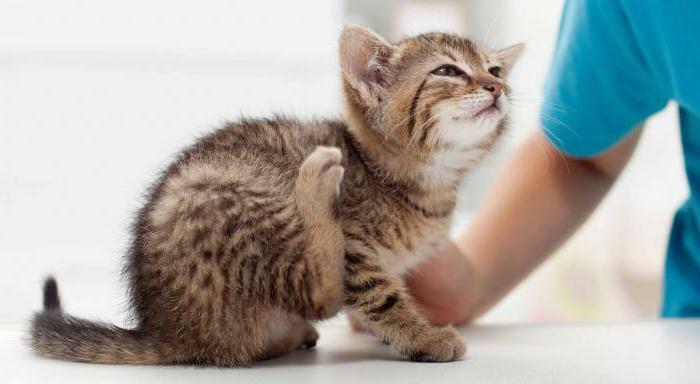 If the vaccine for cats "Nobivac Triket Trio" accidentally fell on the skin, it must be washed off under a large stream of water. In case the drug was mistakenly administered to a person, it is necessary to immediately consult a doctor.

You can meet many positive reviews about the "Nobivac Triket Trio".The owners of cats note that the animals tolerate the injection well, and the vaccination does not have unpleasant consequences even in young cubs. The drug is easy to use, as it protects against several common feline infections. Injection can be done not only in the veterinary clinic, but also independently at home.

Some cat owners report that after the course of vaccination, their pets had unpleasant symptoms: vomiting, diarrhea, lethargy and weakness. But as it turned out later, these cats suffered from gastritis, viral intestinal infections or helminthiases, which flowed in a latent form. The vaccination only provoked an aggravation of already existing diseases. In addition, the cat can be a carrier of the virus of calicivirosis, rhinotracheitis or plague. In this case, the vaccine can also cause a vivid manifestation of the symptoms of the infection. Detecting the virus can only be done by PCR diagnostics.

It must be remembered that only a fully healthy animal can be vaccinated. Usually, before the vaccination, a course of helminthic therapy is performed. On the day of vaccination, the veterinarian measures the temperature of the cat's body. At the slightest malaise from the introduction of the drug is better to abandon.