Among the serious diseases that the modern man is afraid of, there is tetanus. This is a terrible disease that not only acutely occurs, but also causes serious complications and death. To have more information about the disease, read this article. In it, we will tell all about the disease, like tetanus. The incubation period, symptoms, treatment, prevention, etc. will become known to you after reading the material. 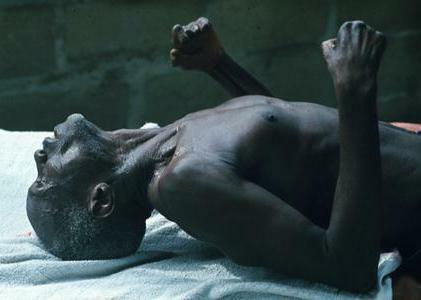 This is an acute infectious disease. Its pathogens are bacteria that live in the soil( sapronotic).The mechanism of transmission of the disease is contact. Simply put, the bacterium gets into the human body through the skin and causes ailment. The first symptoms that signal a tetanus infection can appear on the first day, and maybe in a month.

How does the infection occur?

As stated above, the bacterium penetrates the human body. This happens through the skin, in places where there are wounds, cuts, abrasions, ie, the integrity is broken.

The carriers can be rats, mice, birds and the person himself. The bacterium is very tenacious. It can function even at high temperatures. So, at 90 degrees, the rod causing tetanus remains alive for 2-3 hours. In soil, it remains pathogenic for a very long period, despite any unfavorable conditions from outside. The wand can comfortably feel and pose a threat to human life on any objects up to several years. Do not act on it and means of disinfection.

Most often, people get infected with tetanus in the spring and summer. Where exactly the bacterium waits for its prey, can not be determined. Getting into the body, the stick begins to move very actively around the body, infecting more and more areas. A minimum dose of toxin is required to begin the development of tetanus. 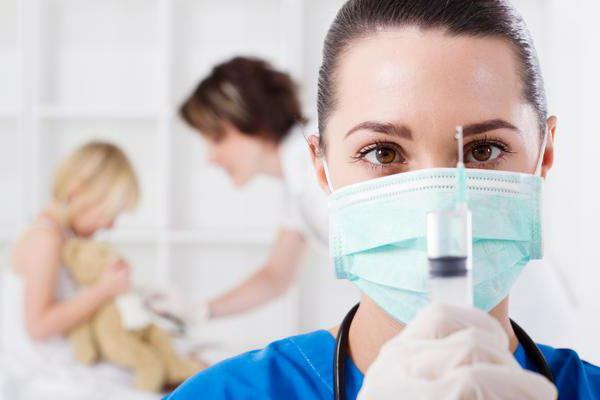 When did the disease appear?

This disease is not new. Precisely to say, since when people began to become infected with tetanus, it is impossible. The disease has existed for more than one hundred years. For the first time about her learned from the records of Hippocrates. In his treatise, he described the disease, from which his son died. Studying tetanus began only in the 19th century. Studies have shown that an especially large number of deaths from this disease occurred during the period of hostilities. Later, a vaccine was developed, which was administered as a prophylaxis. It was she who saved many deaths.

Where are tetanus most commonly affected?

Bacteria - the causative agent of the disease likes a moist environment. Very often, the disease occurs in Africa, Asia, and even in America. But in recent years there have been cases of tetanus infection in Europe. In this case they have a considerable amount.

Tetanus is amenable to treatment, but even with timely measures to combat the disease, mortality is high, and the number of deaths is about 80%.The most active wand begins to act in the warm season, mainly in rural areas. Tetanus: incubation period. Symptoms. Stages of

The incubation period in the disease can be different.1-2 days to a month. Typically, the incubation period is two weeks. At this time a person may feel bad. In the place where he has a wound and allegedly had a tetanus infection, muscle tension is observed, their twitching. Also a person becomes irritable, sweating is intensified.

There are four stages of the disease:

1. Incubation period. Symptoms at this time do not manifest themselves brightly. This stage is dangerous because it is not possible to recognize the disease. If only a person does not start to worry in advance and does not decide to give the analysis.

2. The initial stage. During this period, the person begins aching pain. Basically in the place of the wound, which already seems to have started to heal. This period can be about two days. This starts muscle spasm.

3. The stage of swing. How many days does this period last? Usually it's about two weeks. Symptoms are very clear. The most difficult period for a person, accompanied by constant convulsions, malaise.

4. The stage of recovery. At this time, the person becomes lighter. To understand that the body has gone on the amendment, it is possible by the fact that convulsions gradually appear less and less.

Important point! In the period of recovery, although it becomes easier for a person, this time is very dangerous for him. It is at the stage of recovery that complications can begin. 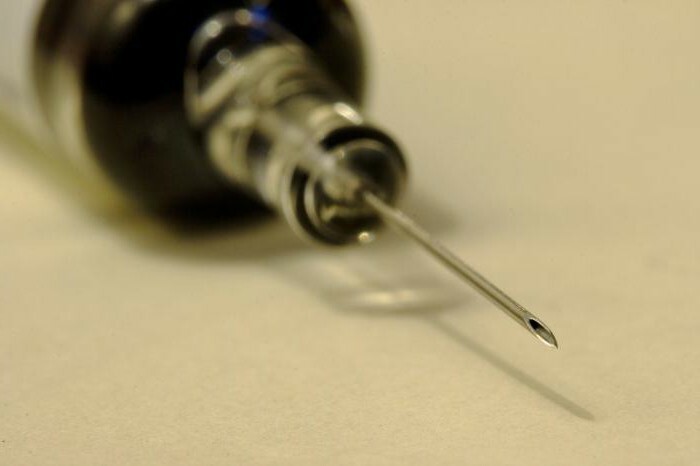 Before talking about the signs of the disease, it is worth noting that the shorter the incubation period, the more severe the disease will be. Symptoms of tetanus in adults and children are as follows:

• At the initial stage, tetanus is quite acute. The first thing that happens during infection is compression of the jaw as a result of cramps.

• The next stage is a sardonic smile, which is the result of spasm of the muscles of the face.

• Compression of the pharyngeal muscles takes place, which leads to difficulty swallowing. Such signs are only when infected with tetanus.

• When the disease goes into high gear, muscle spasm begins throughout the body. It does not affect only the feet and palms.

• When the cramps reach the muscles of the diaphragm, it becomes difficult for a person to breathe. His breathing quickens, while it's shallow.

• Further tonus of muscles leads to problems with going to the toilet.

• In later stages of the disease, a person's back arches. It becomes noticeable by the way he is lying on the bed. Between her and her back, you can clearly see the distance through which you can thrust your hand.

• One of the extreme conditions in a person is the moment when cramps bind most of the body, while causing painful pain.

• Almost the entire period, while the disease develops, the patient is strongly irritated, he has problems with sleep, the temperature rises, the sweat is flowing profusely.

Symptoms of tetanus in adults coincide with signs of lesions in children and pregnant women.

The probability of a fatal outcome in the presence of all these symptoms is great. But even if the treatment showed positive dynamics, the recovery process will take several months. The possibility of complications is high. 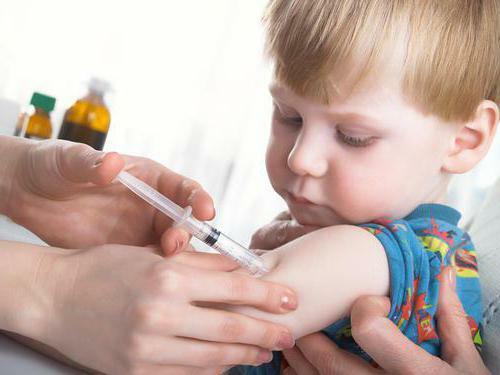 Complications of tetanus that appear after the illness are directly related to the patient's condition. Simply put, difficulties in breathing lead to problems with the lungs, stagnation of the contents, which leads to pneumonia.

Convulsions, which fettered all muscles, cause their rupture, patients may have fractures of bones, joints, vertebrae, ligament ruptures. There may be curvature of the spine. Another complication of tetanus is a heart attack.

Sepsis, abscess, pyelonephritis and other infections of secondary origin may begin to develop.

For children, tetanus is in most cases a fatal disease. The adult person recovers more often, but here everything depends on the severity of the disease. 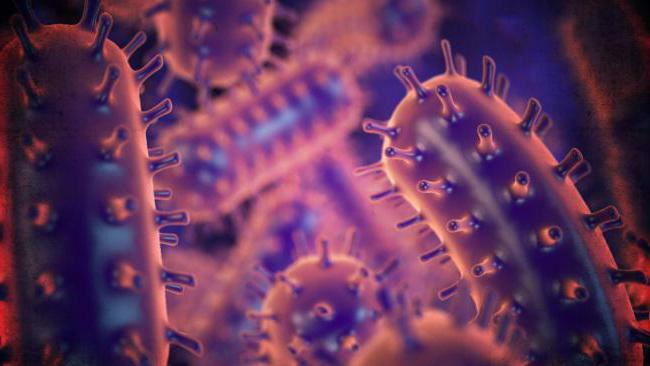 Analysis for tetanus is done on the basis of venous blood. It is needed in order to investigate before the initiation of vaccinations a specific state of immunity. It is also required to determine the level of antibodies after vaccination.

Any doctor can assign a test for tetanus: a surgeon, a therapist, a gynecologist, an infectious disease specialist and so on. It can be done in medical institutions, as well as in immunological laboratories, in diagnostic centers.

analysis No action is required, except that in the morning, before you pass the analysis, you should not eat anything. Also in the previous evening it is necessary to avoid emotional overstrain, various physical activities.

After the analysis and evaluation of the results that should reveal the protective level of antibodies in the blood, vaccinations are made according to the vaccination calendar. After a while, revaccination is prescribed. 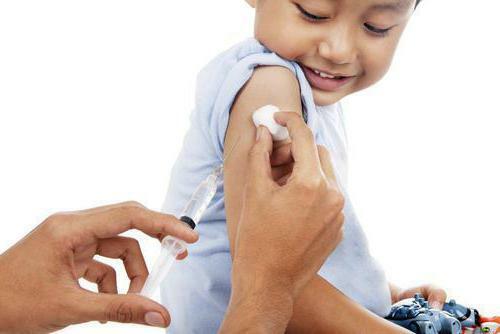 vaccination The effect of the tetanus vaccination is the same as that of the others. A small amount of neutralized toxins of the causative agent of the disease is introduced into the human body. Human immunity must identify the microbe and begin to fight it. To do this, it produces protective antibodies.

There is an opinion that vaccination against tetanus is very dangerous, because there is a risk of infection. But this opinion is erroneous, because all vaccines are investigated and manufactured in laboratory conditions in accordance with safety standards.

At what age is a tetanus vaccination given?

It is necessary to start vaccination from the age of three months. The next inoculation is done at 4.5 months. After - a year and a half and then in 6-7 years.

If in childhood the full course of vaccination was performed, then in the adult age the vaccination should be done only once in 10 years. The first revaccination begins at age 18.

If the child was not completed the full course, the vaccination for the first time in adulthood is placed twice. If you are interested in the question of how many days will be repeated vaccination, then according to the rules - not less than a month.

Side effects and contraindications to tetanus vaccine

Inoculation is given intramuscularly. It can be done in the shoulder, shoulder blade or thigh. Afterwards, there may be some side effects, namely, a fever that can be brought down by any antipyretic agent, the skin becomes swollen at the inoculation site, and a slight pain is also possible. These side effects are normal and should take place 2-3 days, no more.

• pregnancy, in case of emergency it is necessary to administer the woman immunoglobulins;

• colds at the time of vaccination and transferred less than a month ago;

Illnesses are treated by infectious disease doctors and resuscitators in the intensive care unit. Patients are provided with complete peace, light is muted, silence is observed.

To neutralize toxins of the tetanus bacillus, specific immunoglobulins, as well as serum against the disease, are introduced into the body. To start treatment immediately, it is very important to know how tetanus is manifested. The incubation period, the symptoms should be known to everyone who follows their health.

If a person has seizures, then he is prescribed anticonvulsant sedatives. For analgesia, narcotic analgesics are injected. Against seizures most often apply "Sibazon", "Sudksin."As drugs - morphine and "Tramadol".Additionally, treatment with muscle relaxants is performed.

If a person has breathing problems, then they connect it to the respirator. Laxatives are also prescribed, and a catheter is placed in the bladder. Viability is provided by apparatuses.

Also treated with antibiotics, which belong to the category of tetracyclines, make droppers of plasma, haemodes, albumin. All patients are provided with careful and caring care.

The most effective measure that helps to avoid serious consequences and death is vaccination. As it is put, we already spoke above. The vaccine has been used for several decades, helping a person cope with this terrible disease.

You should also take precautions when working in the garden and the garden. If there are wounds or abrasions on the hands or feet, then all actions should be carried out only with gloves and shoes on thick and thick soles. In places where there can be rodents, you should be extremely cautious.

If the infection has occurred, then the first symptoms should immediately go to the hospital. The place of infection is excised. If the vaccine was given no more than five years ago, then the serum is not used.

So, here we are and talked about such a terrible disease as tetanus. The incubation period, symptoms, treatment and prevention of a terrible illness are no longer a secret for you. Be careful, and then you will never be at risk of contracting this disease. And if someone of your friends gets sick with tetanus, you do not have to wait. We urgently need to go to the hospital!