The human digestive system, which includes the large intestine, is characterized by a variety of structure and functions of its various departments. This makes it difficult to diagnose digestive disorders, which affects the timeliness and effectiveness of therapeutic agents and methods. It's no secret that with the deterioration of the ecological environment, as well as the irresponsible attitude of the person to his health, the number of gastroenterological diseases has increased in the world. They often turn into a chronic form, reducing the duration and quality of life. This article is designed to explain in an accessible way the structure and functions of the small and large intestine of a person, and also to familiarize with the most common disorders in the work of these departments of the digestive tract.

General description of the digestive system

Its work can be compared with a giant factory for food processing, its splitting, assimilation and utilization of substances. In each department of the system there are specific biochemical reactions involving the arsenal of enzymes and biologically active substances, for example, vitamins. 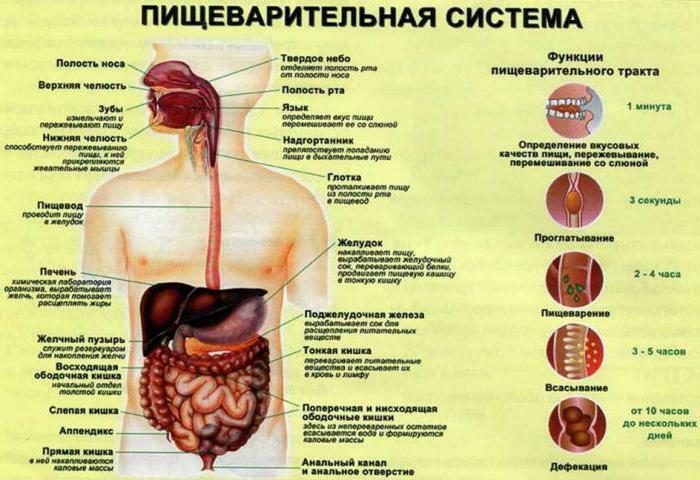 The large intestine, the structure and functions of which we study, is physiologically regarded as a body involved in secretion, digestion, absorption and removal of substances from the overlying departments. To understand the functions, first consider how the large intestine is arranged.

Four layers are clearly visible on histological specimens: mucous, submucosal, muscular and serous. They provide the main functions of the human colon: the formation of lymphocytes that play a protective role, the synthesis of B vitamins and vitamin K with the participation of beneficial bacterial flora, the production of mucus that improves the progress of chyme. One of the most important functions of the colon is the absorption of water and solutions of organic and inorganic substances, leading to the formation of feces from the chyme. 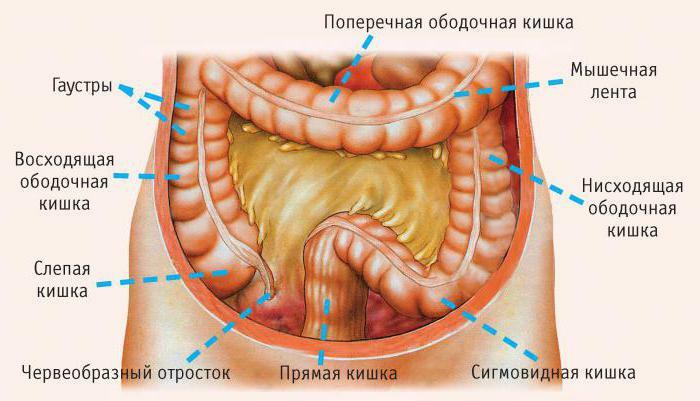 Morphology of the large intestine

It has a length of up to 1.5 m and is divided into 6 parts: the cecum with appendicitis, ascending, transverse, descending and sigmoid colon, as well as the rectum. The presence of three longitudinal muscle cords passing through the large intestine provides pendulum and peristaltic contractions of its walls. With palpation, the colon can easily be diagnosed, as their mucosa has the appearance of alternating expansions and constrictions. They are formed in those places where the ring muscles of the intestine are expressed most strongly. For a more complete coverage of the functions of the human colon, let's consider the features of its first department.

Located in the right iliac peritoneum, it has a length of 3 to 10 cm and is similar to a bag. From the back of the appendix goes. The walls of the cecum secrete enzymes, for example secretin, due to which the chyme is digested. Suction of excess water also occurs. 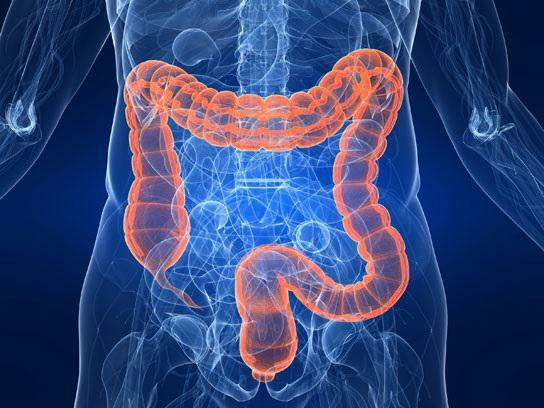 Worm-like process contains micro-nodules that perform immune functions. Also in it is the active development of useful microflora. The most common pathologies of the cecum include typhlitis, appendicitis, tumors and polyps.

They are a continuation of the cecum and do not secrete digestive enzymes, but only participate in the absorption of water and salt solutions. This leads to densification of the chyme and the formation of feces from it. The large intestine, whose functions are primarily the evacuation of undigested food residues, has bends: right( hepatic) and left( splenic), referring to the transverse colon. Its functions are the production of mucus and the absorption of water and electrolytes. The diseases associated with the ascending colon include diverticulosis, polyposis, aganglionic megacolon( Hirschsprung's disease), colitis. 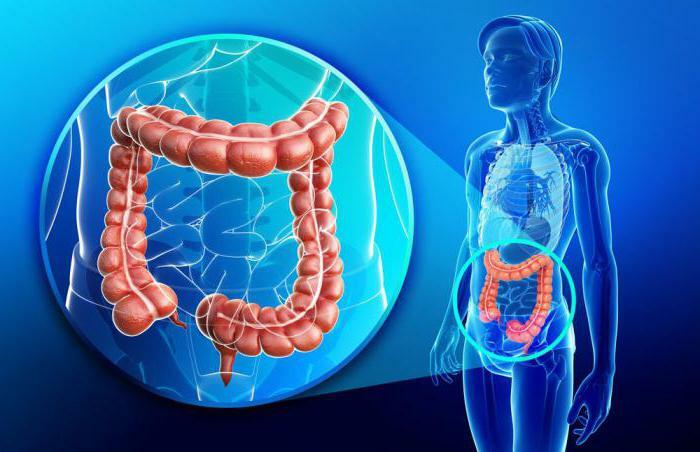 The transverse colon has the largest length. From above, it contacts the liver, gall bladder, spleen and tail section of the pancreas. Its walls continue to excrete mucus and suck in water and mineral salts.

Digestion in the large intestine

It is carried out due to enzymes of intestinal juice: cathepsin, peptidase, lipase, amylase. Their activity is about 200 times lower than that of the corresponding enzymes of the small intestine. The fact is extremely important. That the processes of cleavage in the large intestine require the presence of probiotics-groups of microorganisms that decompose cellulose. These include bifidobacteria, lactobacilli. 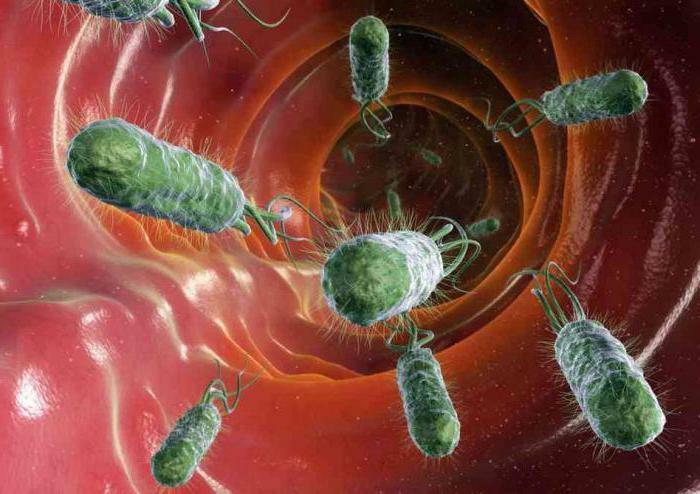 In the large intestine, their total mass is 3-5 kg ​​and is called the intestinal microflora. It increases the secretion of intestinal juice, affects protein-mineral metabolism, participates in the formation of immunity. The large intestine, whose functions we have named, is physiologically sound, if in its metabolism the processes of fermentation and putrefaction are balanced. As soon as the composition of the microflora changes( for example, in case of eating disorders or as a result of drugs, especially antibiotics), putrefactive bacteria are activated and diseases occur: colitis, dysbacteriosis, dyspepsia.

In the area of ​​splenic bend there is a section about 30 cm long, in which the processes of absorption of water and electrolytes and the movement of stool are continuing. It is called the descending colon. At the site of the crest of the iliac bone lies its part, which has the sphincter of Bally. Next, consider what is the function of the large intestine in the last part of the colon, called the sigmoid colon. It is partially mobile. If, during her palpation, rumbling is heard, it means that there is inflammation in the sigmoid colon, accompanied by the accumulation of liquid contents and gases. In it, as in the transverse colon, often there is a decrease in peristalsis, which leads to the appearance of constipation-the spastic delay of defecation. It is in these departments that the large intestine, whose functions - transport and evacuation of toxins - form the stool masses, which then enter the rectum. 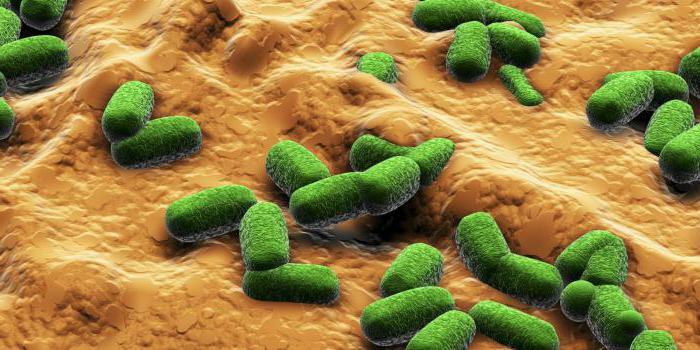 Violations of the sigmoid section have serious consequences for human health. When it is inflamed( colitis or sigmoiditis) diarrhea and painful spasms in the left ileal part of the peritoneum are diagnosed. They are accompanied by bloating and belching. A physiologically normal decrease in pendulum and peristaltic movements in the sigmoid colon can be complicated by a sedentary lifestyle, an improper diet, poor in fiber and plant fibers. The result of these disorders is constipation, which leads to intoxication of the whole organism. In the sigmoid colon, the formation of hernial-like sacs - protrusions, leading to the development of diverticulosis. It is more common in old age, combined with irritable bowel syndrome. Her symptoms are alternating constipation and diarrhea, nausea, fever. The disease can be complicated by an abscess and is especially dangerous. 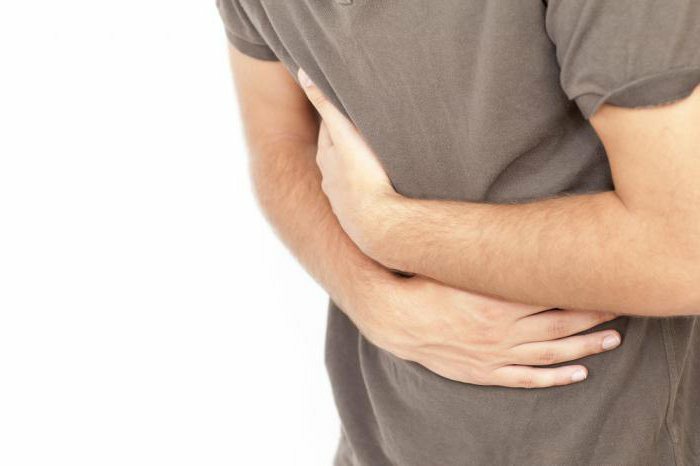 An annular section is located between them and the anus, the hemorrhoidal zone. In it, thanks to the submucosal layer, it is easy to stretch and shift the mucous membrane, densely braided capillaries of the rectum arteries and veins. The upper rectal vein has no valves, so its walls often expand - this leads to stagnation and the appearance of hemorrhoids. The lymphatic system of the rectum is involved in immunity and prevents the spread of infection.

In this article we have studied the structure and basic functions of the colon.