Probably, many people have found small painful areas of muscular densities in themselves or with their relatives on the body. Most people consider them to be salts, but they are known officially as trigger points for official medicine. These areas of local compaction and hypersensitivity in the muscle tissue causes pain in various parts of the body, often located at a significant distance from them.

The theory of J. Trevel and D. Simmons 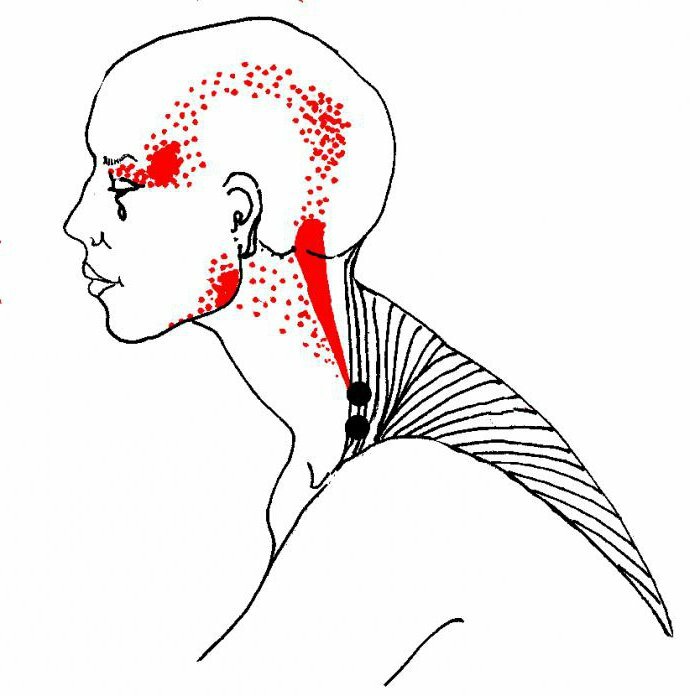 This concept, like a trigger point, was introduced by American doctors J. Trevel and D. Simons back in the seventies of the last century. Thanks to their research, certain points have been described, affecting which it is possible to relieve pain in areas of the body that are sufficiently far from them. For example, the impact on a painful point, which is located in the neck or shoulder region, allows you to relieve the headache or pain in the area of ​​the elbow joint or hand. Also, by acting on the trigger zones( this is another name for these points), one can influence the condition of the musculoskeletal system and internal organs.

What is the trigger point

? By definition, Trevel and Simons, these points are hyperexcitable areas with local muscle tension. They are located in the skeletal muscles and fascia associated with them. Trigger points appear as small, painful palpation of the compaction. They can form in all soft tissues of the body, but are usually localized in large skeletal muscles that perform static functions. So, most often you can find trigger points in the muscles of the shoulder girdle and neck( muscle lifting the shoulder blade, trapezoid, ladder, neck rotators), chewing muscles, as well as in the muscles of the pelvis and lower extremities. In addition, such points are the source of the reflected pain. For example, a trigger point in the upper part of the trapezius muscle can provoke pain in the behind-eye area, jaw and temple. Also the danger of these formations is that even if at the moment they do not cause severe pain, then eventually the muscle dysfunction will inevitably progress where they are located. 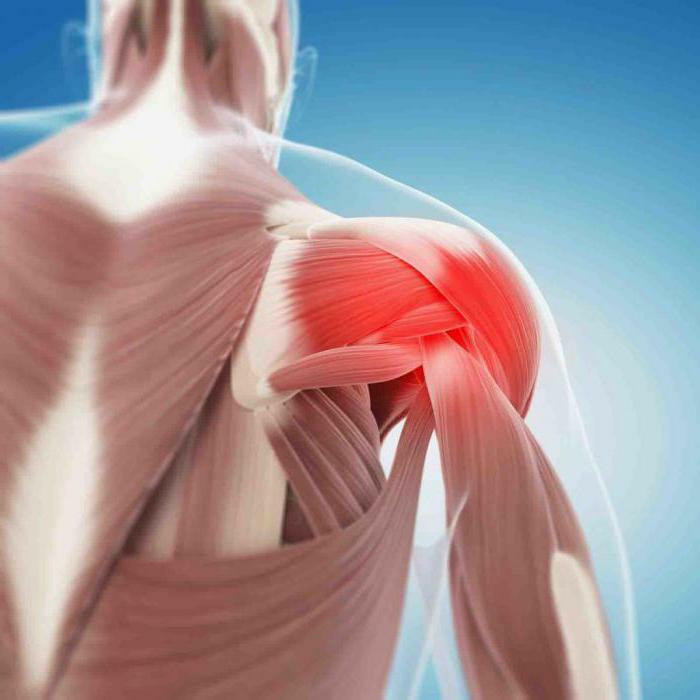 Despite the studies, today there is no unambiguous answer to what factors are the direct causes of the origin of trigger points. Typically, myofascial trigger points are formed in the muscles that experience overexertion or prolonged and persistent stress. Most often this is due to the position of the body in space - raised shoulders, hunched back and lowered, excessively tight chest, strong deflection in the lower back. This inevitably causes a pronounced mechanical strain both in the individual muscles and in the muscle groups, which leads to their spasm and, consequently, to a violation of the circulation. Also trigger point can be formed due to spinal lesions( with blockage of the motor segment) or with pathology of the internal organ, when the muscles surrounding it reflexively strain. Another reason for the appearance of such points may be acute or repetitive microtrauma of the muscle.

However, as the research data indicate, all these factors lead to the formation of latent trigger points. In order for them to pass into the active phase, and a clinically outlined myofascial syndrome appears, a start-up factor is necessary. Often, this role is played by hypothermia, work in an uncomfortable position, a psycho-emotional factor. 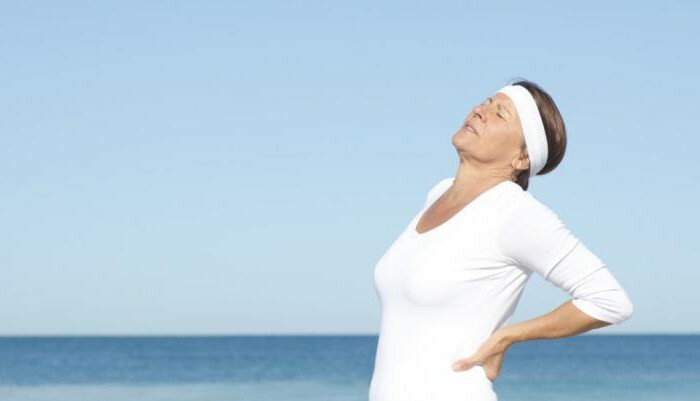 The risk group for trigger points and myoskeletal pains can include people who, by the nature of their work, are forced to maintain a static, most often uncomfortable position, for a long time. These can include drivers of vehicles, office workers, hairdressers, surgeons, etc. Also, the risk of the formation of trigger points has a person with impaired motor functions and any violations of gait and posture. This is due to the chronic overstrain of various muscle groups.

There are two types of them. The most common latent trigger points are spasms of muscle, which are found only on palpation. A large number of latent points can be found in the elderly. The trigger point can also be active. It is characterized by sharp pains, which increase with stretching of the spasmodic area. There are such manifestations less often. As a rule, they can be observed in middle-aged people( in women they are found 2.5 times more often than men).Under the influence of provoking factors latent points can pass into the active phase, but adequate therapy can return the active point to a latent state. Both active and latent trigger points can become a source of restriction of movements, spasm, weakness and deformation of affected muscle groups. 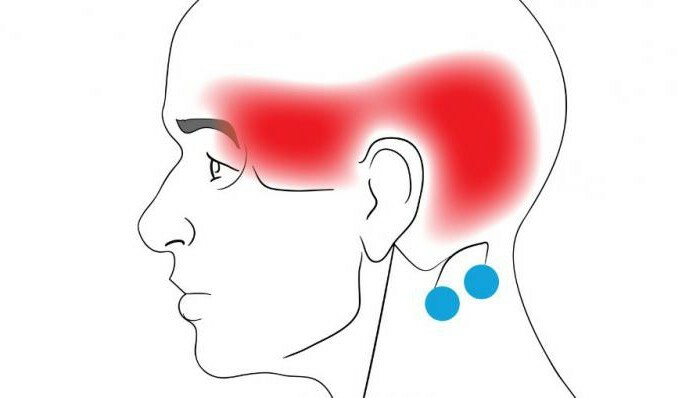 Phases of the disease

To date, it is common to distinguish three stages of the disease.

Symptomatic with myofascial start-up points can be very diverse, not limited to pain syndrome alone. Muscular dysfunction can be manifested by rigidity, muscle weakness, swelling, dizziness, gait irregularities, posture. The trigger point itself is defined as a painful compaction, a weight ranging in size from a few millimeters to a centimeter. Pressing on it provokes a sharp pain, which has the greatest intensity in the place of maximum resistance during palpation( the hardest part). 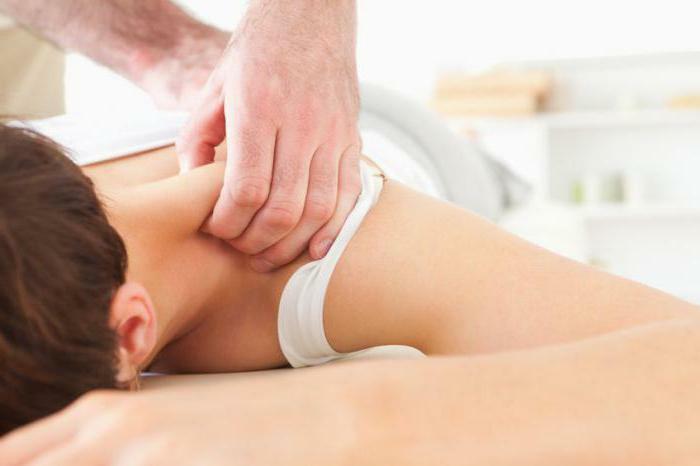 An active trigger point is not only painful, but it can also cause reflected( irradiating) pains in areas quite far from it, forming a painful pattern - a characteristic pattern of pain localization. Thanks to many years of research, map-charts have been compiled, due to which it is possible to determine the true source of reflected pain.

Reflected pain caused by trigger points is most often felt as permanent, deep, lomiting and blunt, but in some cases they can be very intense, burning, stabbing. Due to the fact that the spasmy muscle region can squeeze the nerve end that passes through it, the reflected pain can be accompanied by a decrease in sensitivity and numbness. The intensity of pain can also vary from minor to intense, and it can be observed both at rest and during physical exertion. It should be noted that the prevalence and intensity of pain depends on the degree of irritation of the trigger point, and not on the size of the muscle where it is located. Some trigger points can cause such phenomena as inflammation of the mucous membranes, lacrimation, visual disturbances, perception of space, vestibular disorders.

For effective treatment of this pathology, it is important to correctly identify the cause of pain in the patient and determine the exact location of the trigger point. To do this, the doctor should not only identify the area where the pain syndrome manifests, but also compare it with the characteristic zones of reflected pain. To do this, most often use maps, which are available in almost all books devoted to this topic.

During the palpation examination, the specialist determines the general elasticity of the muscles in comparison with the area where the presence of a trigger point is suspected. In this case, the fingers first run across the muscle fiber, noting deformation, spasmodic areas and muscle bands. When the seal is found, passing a finger along it, find the area of ​​maximum compaction, pressing on which causes maximum pain. The fact that this will be the trigger point will indicate the following signs: 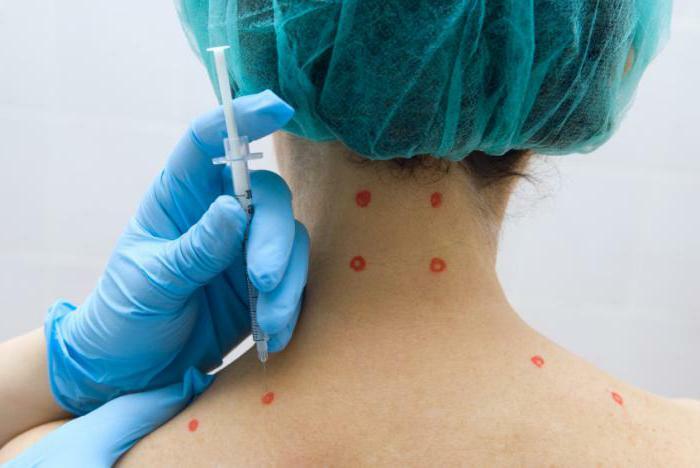 To date, medicine uses several methods of treating trigger points, while drugs are not at all leading in them. It is proved that NSAIDs and analgesics are only able to relieve pain syndrome, and muscle relaxants have the same effect due to partial elimination of spasm.

The most effective and cardinal method of treating trigger points is blockade. Their conduct is possible only when determining the exact localization of pathology. To perform the blockade, pierce the needle with the needle of the compaction site followed by the injection of an anesthetic.

Despite the fact that the blockade gives an almost instantaneous effect, the most common methods of treating this pathology are exercise therapy, manual techniques and massage of trigger points. And if the complex of therapeutic gymnastics patient after consultation with a doctor can perform on his own, the massage should be carried out only by a qualified specialist.

If to talk about massage, the most effective help at trigger points can be rendered with the help of stage-by-stage compression. To do this, the masseur, after finding the point, begins to smoothly press it, continuing it until the patient has an easy soreness in the reflected area, which corresponds to 2 on a ten-point scale. This pressing is retained for 10-15 seconds. During this time, the pain should be significantly reduced or completely disappear. After that, pressing again reinforces, and after the appearance of discomfort again hold for 15 seconds. These actions continue until the moment when the characteristic pain disappears. Usually for this there are enough 3 pressures. After this inactivation of the trigger point, a warm moist compress is applied for 5 minutes, followed by a passive stretching of the muscle. 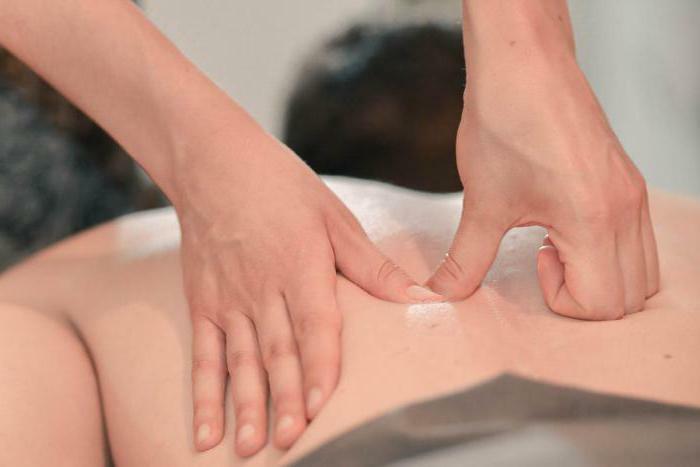 Despite the apparent simplicity of the procedure, you should not self-medicate. Conduct all the examinations and medical manipulations should be a qualified specialist, otherwise there is a very high risk that the situation will not only not be corrected, but also significantly worsen.