Myeloleukemia - what is it? Chronic myeloid leukemia: causes, treatment, prognosis

The hematopoiesis system is based on maturation of young cells - platelets, erythrocytes and white blood cells in the bone marrow. In parallel with this process, the old cells are destroyed by the liver and spleen.

Formal elements in the blood are as much as plasma. At the same time, white blood cells, leukocytes, account for the largest number. They are responsible for the body's reaction to the effects of foreign agents and compounds and allow to maintain the immune system at the proper level.

Uncontrolled production of a large number of leukocytes is called myeloid leukemia. This is a neoplastic disease that is accompanied by a critical increase in the blood flow of immature forms. Over time, the pathological forms of cells spread to all organs and systems of the body, which causes the progression of the disease. 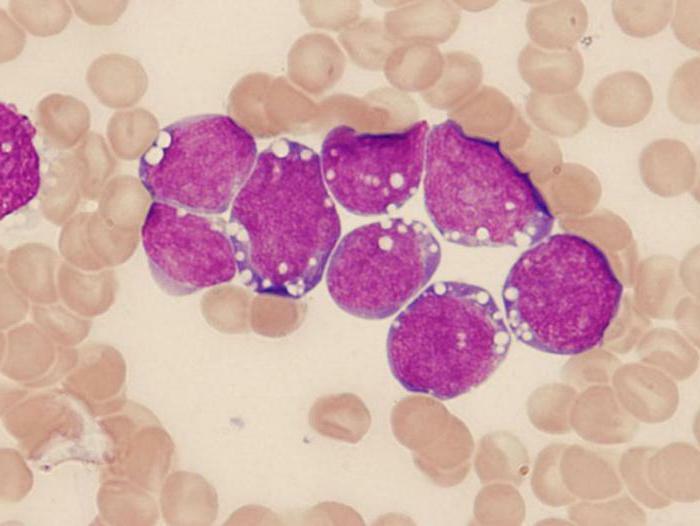 Etiology of the disease

At this stage, unambiguous factors leading to the development of the disease are not defined. There are several versions of the emergence of a pathological condition: 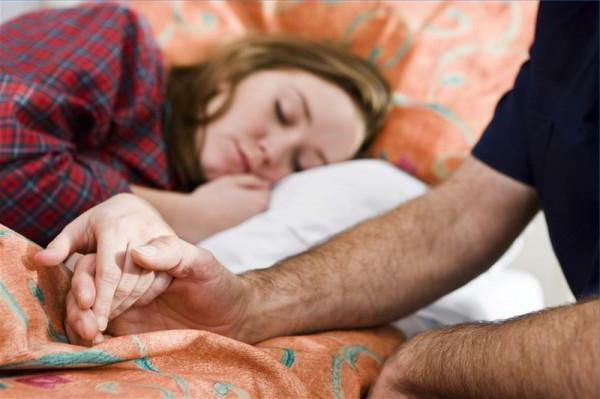 In addition, the appearance of the tumor process affects the sex, age of the patient and the effect of radiation exposure in the area of ​​residence.

Chronic form of the disease

The manifestation of the symptoms of the tumor process of the blood depends on the form of the disease. The most common form is chronic myeloid leukemia. This condition has a malignant character.

Chronic myelogenous leukemia - what is it? This is a condition that arises from the fact that an abnormal gene appears in the body that affects blood cells. The location of the gene is the bone marrow. With the blood flow, pathological cells spread to all organs.

The disease does not have an acute onset and a vivid clinical picture. It is characterized by a slow flow. The danger is that this form of the disease can go into the acute phase at any time, which can result in a fatal outcome for the patient.

The first stage of the chronic form of

Most patients are diagnosed at this stage. The onset of the disease can not be determined precisely, since it has an asymptomatic character or mild manifestations. First there is fatigue, heaviness in the stomach or in the left hypochondrium, shortness of breath. 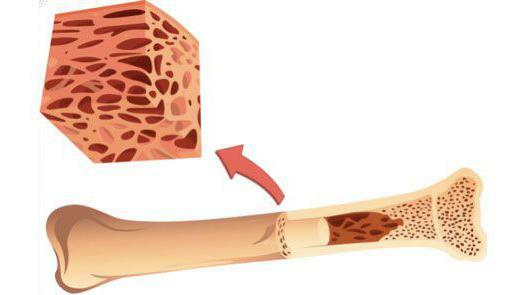 During the meal, patients complain of a feeling of over-filling in the epigastrium. Palpable enlargement of the spleen. Inspection is accompanied by painful sensations from the side of the spleen radiating into the back. In the analysis of blood, leukocytosis is determined, which increases in dynamics, as well as thrombocytosis and an increase in the number of granulocytes.

Patients often consult a doctor when developing a spleen infarction. There is a sharp pain syndrome in its projection, symptoms of intoxication of the body, the body temperature rises.

At this stage, the disease has virtually no manifestations. The patient has no complaints, except for a periodic rise in temperature to subfebrile indicators and fatigue. The level of myelocytes and leukocytes in the blood continues to increase.

The level of basophils increases by one third. After this, patients begin to worry about the feeling of heat and the desire to itch. This is due to an increase in the production of histamine.

The development of the third stage describes a clinical picture, similar to the acute course of the disease. Chronic myeloid leukemia progresses, and a vivid clinical picture appears. Patients complain of such manifestations:

When examining a patient, you can find an increase in various groups of lymph nodes, liver, spleen, the development of hemorrhagic syndrome. The blast crisis is the final stage of the disease, characterized by the following clinical manifestations: 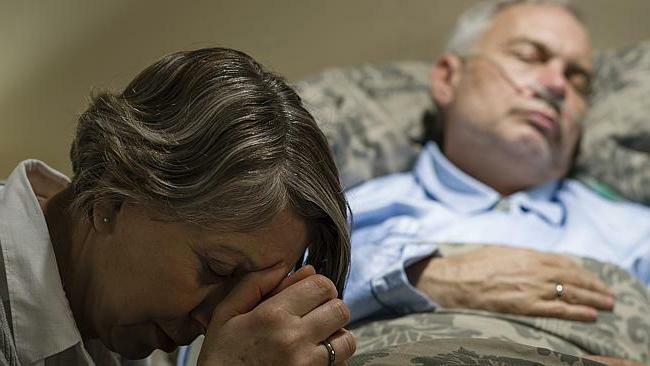 At this stage of the disease, the patient's life depends solely on the level of palliative therapy.

The clinical picture develops rapidly, has bright signs of the disease. Without the appointment of adequate therapy, the result may be unfavorable after a few weeks or months.

Acute myelogenous leukemia - what is it? This is a malignant tumor process of the myeloid germ of blood. Sick cells are not able to resist infections, although this is their main function. In parallel with the increase in blast structures, the remaining elements of the blood form decrease.

Erythropenia and hemoglobin deficiency are manifested by pallor of the skin, shortness of breath, fatigue. Reducing the number of platelets leads to an increase in the tendency of the skin to damage, increased bleeding, the appearance of petechiae and hematoma.

The first symptoms are not specific. It is very easy to confuse them with manifestations of respiratory viral infection. In addition, acute myelogenous leukemia is accompanied by the progression of pain in the bones and joints.

The success of the treatment depends on the speed of the diagnosis and the correct diagnosis. To determine the general condition and phase of the disease of the patient, in whom suspected myeloid leukemia, the tests are conducted in the following directions: 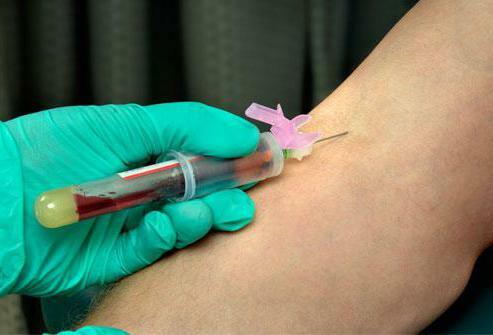 Principles of therapy for the disease

Myeloid leukemia requires immediate treatment. The oncologist doctor determines the scheme of therapy, based on the stage of the disease, its manifestations. At an early stage, a vitamin diet is prescribed, fortifying preparations.

Treatment of myeloid leukemia is based on the use of drugs that can act depressingly on the oncogene. Fixed assets:

Also, to strengthen the immune system, patients are given "Interferon".The drug is not able to cope with the disease on its own, but it is used in complex therapy in the form of daily subcutaneous injections.

Chemotherapy is performed using cytostatic agents. This part of the therapy is used as an additional treatment for bone marrow transplantation. Effective are "Hydroxycarbamide", "Busulfan", "Vinblastine", "Vincristine", "Citarabin".

Irradiation in oncology is carried out with the help of high-energy rays, as well as their particles. It is applied individually, depending on the need. In myeloleukemia, radiation therapy is used to reduce pain syndromes in bones and joints. Also, irradiation with oncology of the hematopoietic system is used before bone marrow transplantation.

Surgical intervention is a fairly common method of treatment, but at the same time costly. Not every patient is able to afford it. Oncocenter on Kashirka - one of the famous institutes of therapy of tumor neoplasms - conducts similar surgical interventions, helping to heal its patients.

Bone marrow transplantation is not currently used as often as stem cell transplantation, which is taken from peripheral blood. There are two options for the procedure:

The oncological center in Kashirka not only conducts surgical interventions that have reduced patient mortality, but also uses modern methods of thermoablation, cryotherapy and radio wave surgery. 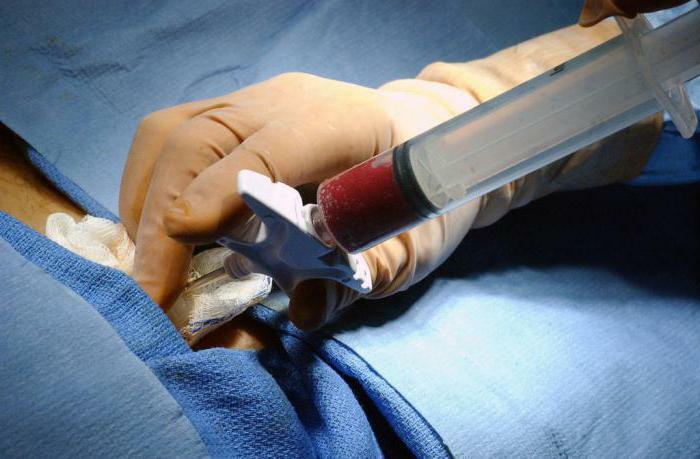 The article considered the term "myeloid leukemia".What it is, you now know. A favorable outcome is possible with a full course of treatment of the initial stages of the disease. The terminal stage involves exclusively palliative therapy. Late and malignant stages of the disease lead to death in patients.