Treatment of ovarian cyst medication: drugs, scheme. Reviews about the effectiveness of treatment

For the correct work of the female reproductive system, the ovaries that synthesize the desired hormones are responsible, they are responsible for the process of pregnancy and many more processes, in violation of which a complication such as cyst may appear. Further, we will tell you how to treat the cysts medically, without resorting to emergency methods.

What is a cyst and what are the kinds of

Every day in the ovaries of a woman there are millions of processes aimed at obtaining offspring, namely:

-maturation of follicles for the further appearance of ova;

- release of a ripe egg( so-called ovulation) for its further fertilization;

- the synthesis of hormones necessary for the growth and maturation of follicles, as well as in the case of pregnancy, for its successful maintenance;

- regulation of the menstrual cycle of women in general. 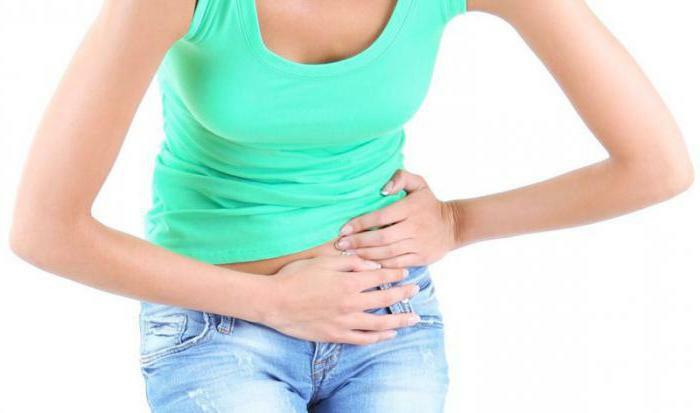 If one of the listed functions for some reason ceases to be performed or slows down, the woman has a risk of getting such a complication on the ovary as a cyst.

The cyst is a new formation on the surface of the organ, in its structure resembles a bubble.

Treatment of ovarian cysts is medically possible to be carried out if the following types of cysts are detected:

Having heard from the attending physician the diagnosis of the presence of cysts on the ovary, women immediately fall into despair. And why does it immediately begin to seem that the only way to get rid of it is just to conduct an operation.

But this is completely wrong. Many types of ovarian cysts, more precisely, the most common ones are amenable to drug treatment. But do not expect that the doctor will write out a miracle pill that, in one treatment, will save you from such an ailment as an ovarian cyst. 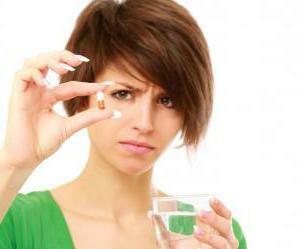 As a rule, the whole treatment scheme is based on hormonal therapy, which means it takes a long time.

Treatment of ovarian cysts can be medically performed using procedures such as physiotherapy, magnetotherapy, but only according to the doctor's prescription.

Also, concurrently, medications can be prescribed to reduce pain, anti-inflammatory, and, of course, anti-stress therapy.

The results of such treatment can be judged after 3 months.

However, it should be noted that the treatment is assigned individually for each patient, according to the results of the analyzes and there is no definite universal scheme that would be suitable for every woman.

An endometrioid cyst is a kind of cyst that shows mucosal growth. It is also customary to call it chocolate, because the contents it is filled with often have a dark brown color.

As a rule, this cyst appears on the right, as it has long been established that in women the right ovary works much more actively than the left one.

The endometrioid cyst of the right ovary lends itself to inoperable therapy. Drug treatment includes mainly therapy aimed at regulating the hormonal background in a woman:

- hormone therapy: "Diane-35", "Marvelon", "Regividon".Take these drugs are recommended from the first day of the cycle, strictly at the same time.

- drugs for the regulation of the action of the pituitary: "Danol", "Danazol". 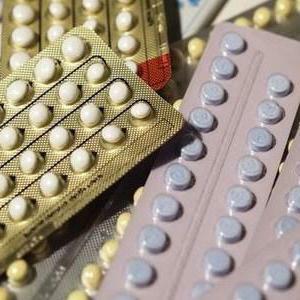 In parallel to the above medicines, immunostimulating drugs such as "Cycloferon", vitamins, analgesics and anti-inflammatory agents are added.

Perhaps this is the most harmless and safe kind of cyst that can occur on the ovary. Its appearance is due primarily to the inability of the ripe follicle to rupture. That is, there was no separation of the matured egg into the fallopian tube. It is at this point that a similar neoplasm appears later. Pregnancy is recommended to plan only after the problem disappears. Used to treat a disease such as the ovarian follicular cyst, treatment without surgery.

The effectiveness of this treatment is almost 95%.

As a rule, the patient is prescribed hormonal drugs, such as Regulon, Mersilon, Diane-35, Marvelon, Regividon or other contraceptives.

As soon as a patient has another menstruation, from the second to the fifth day it is necessary to undergo an ultrasound examination to confirm the effectiveness of the treatment.

As a rule, the follicular cyst disappears with the first onset of menstruation.

This kind of cyst is formed on the ovary after it has performed its basic function - it has been convoluted. At the place of the released egg, a yellow body is formed, which before the 18th week of pregnancy( in case of its onset) will secrete the hormone progesterone. However, in the case of a violation of blood flow, a cyst may appear in it.

In this case, treatment of ovarian cysts is medically prescribed. It can be removed with the help of physiotherapy, magnetotherapy, washing the vagina with special solutions, herbs.

Very often a woman is prescribed a drug such as Duphaston. With a properly selected dosage, treatment with only one drug will help get rid of the cyst of the yellow body. Also, a woman is recommended to have sexual rest for the entire period of treatment, in order to avoid twisting the legs of the cyst.

In most cases this cyst resolves itself, but it requires strict observation at the gynecologist for several cycles beyond its condition.

This is a type of disease in which the ovaries are significantly enlarged in size. That is, a healthy woman normally ripens one egg a month. Due to the increase in 1 follicle, the ovary swells. In the case of polycysticosis, several follicles are increased in size, but no full ovulation occurs, that is, a large number of cysts of different sizes are immediately present on the ovary.

Treatment of cysts is medically recommended as follows:

- diet therapy: the patient is prescribed a diet to control weight or reduce it, exercise;

- prescribed hypoglycemic drugs, such as "Metformin".

- hormone therapy: "Diane-35", "Marvelon", as well as drugs that suppress the production of male hormones, such as "Veroshpiron."This method of treatment is used if the woman does not plan a pregnancy.

- When planning pregnancy, prescribe drugs that stimulate ovulation, but only under the strict supervision of a doctor, to avoid rupture of the ovary. Such a drug can be Clomifene, which must be taken from 5 to 9 days of the cycle for 3-4 months.

Doctors also note that the medical treatment of ovarian cysts is the most common method of therapy to date. He has a lot of advantages, in addition to absolute painlessness: the menstrual cycle is restored and as a result, problems with skin, hair, and therefore, the general mood of the patient as a whole.

The only disadvantage of this treatment is its duration, which can vary from 3 to 9 months.

Do not self-medicate and at the slightest suspicion or detection of symptoms you need to seek help from a gynecologist.