Pulpit tooth - what is it? Pulpitis in children of milk teeth: causes, symptoms and treatment

Pulpitis is a disease of the tooth tissue, which is characterized by an inflammatory character. Usually it develops against a background of improper treatment. With this pathology one has to face not only the adult, but also the children. From the materials of this article, you will learn the causes of the disease, as well as its forms and basic methods of treatment.

Pulpit of the tooth - what is it?

Pulp is a neurovascular bundle of the tooth. As a result of penetration into this area of ​​pathogenic microorganisms, an inflammatory process develops. The ailment often arises as a complication of caries or is a consequence of improper treatment( poor quality of the filling, operation on the periodontium, turning of the tooth).

Pulpitis is one of the most frequent complaints of patients in dental clinics and is also considered a fairly common disease of infant teeth. In this article we will discuss in more detail the manifestations of this ailment in young patients, we will tell about the most effective methods of treatment. 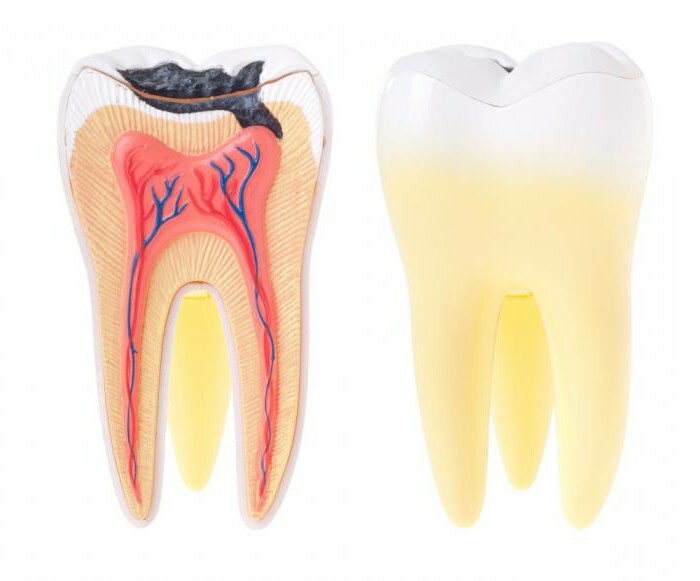 What is the difference between pulpitis in children?

Pulpitis of baby teeth in children - this is a fairly common pathology. Timely treatment allows you to prevent the development of dangerous complications.

Children's pulpitis is diagnosed several times more often than an adult. Specialists explain this phenomenon by the peculiarities of the structure of the teeth of babies. They connective tissues are loose, the root canals are wider, and dentin itself is less mineralized.

Implant and imperfection of the immune system. The likelihood of catching a cold in childhood is several times higher than in an adult. Nature managed to balance this trouble by the fact that the disease in 65% of cases is almost asymptomatic. In this lies the main danger of the disease.

If the baby often complains of toothache, the enamel has become overly sensitive to hot / cold food, you should visit the dentist. Do not postpone the visit, because the consequences of this disease are unpredictable. Some note that after a pulpitis the tooth aches even more strongly, and others have a strong edema and a cyst is formed. 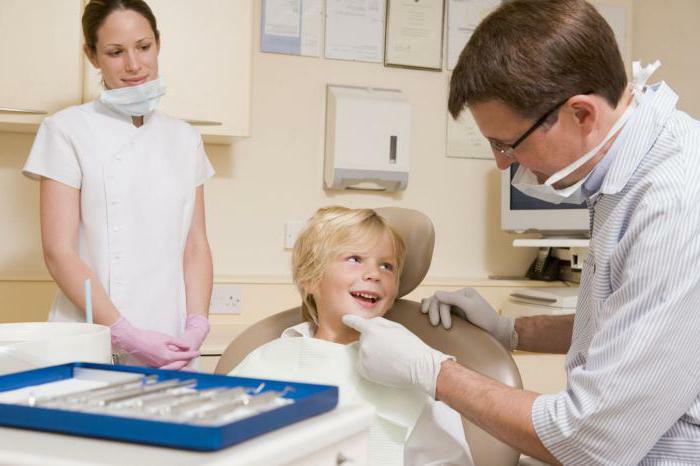 The main causes of the pathology of

The disease usually develops under the influence of negative factors both of a single nature and in the aggregate:

The choice of effective therapy directly depends on the causes that caused pulpitis of the tooth in the child. Treatment in most cases allows you to save molars. 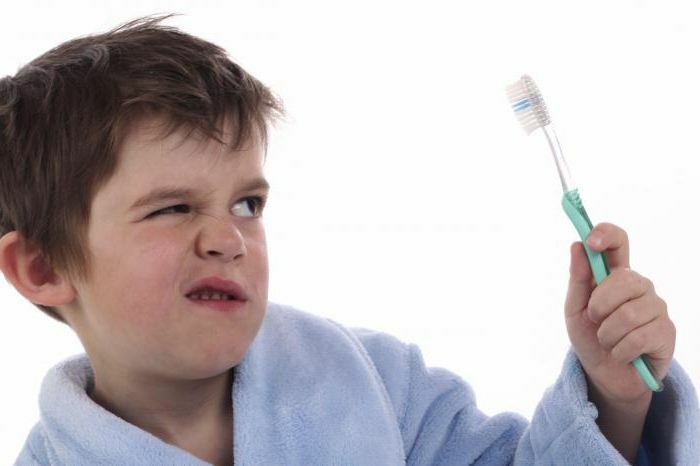 The complexity of therapy in this disease is reduced to the fact that the doctor can eliminate only the fragment of the pulp, which is located directly in the crown. Its root part is subject to mandatory removal only in fully formed dental roots. This is very difficult for young patients because of the high risk of traumatization of soft tissues and rudiments of permanent incisors.

What are the symptoms of pulpitis?

The clinical picture of pathology affects its diversity. There are patients with no complaints and such cases where the symptoms of the disease( pain, discomfort, intoxication, periostitis) are evident.

It is very difficult to diagnose pulpitis of baby teeth in children, because small patients can not always accurately state their complaints. Therefore, parents often miss the onset of the disease and bring the child to the doctor with an acute form.

Among the main symptoms that occur in pulpitis, we can note the following: 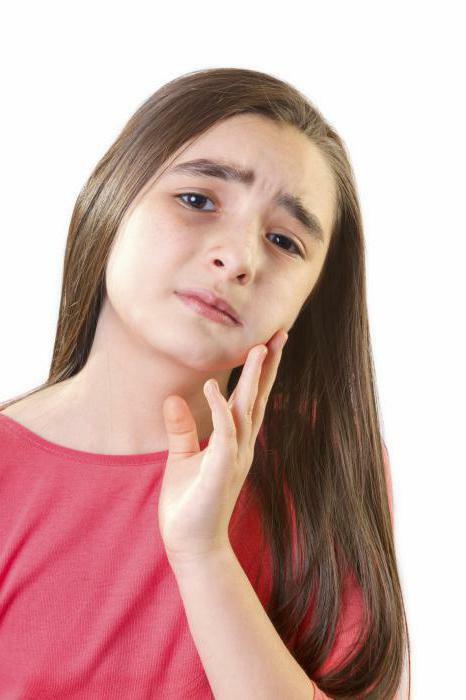 The manifestation of specific signs of the disease depends on its shape. Next, we'll talk about each version of the pulpitis in more detail.

Hypertrophic pulpitis of the tooth

What is it? This form of the disease in children is extremely rare. It is characterized by complete destruction of the tooth crown and proliferation of pulp tissue. When probing the affected area, bleeding occurs. The child usually does not feel pain. Minor discomfort occurs only during chewing food.

This form of the disease develops against a background of diffuse pulpitis. The small patient practically does not feel any discomfort in the oral cavity, but the examination shows a darkening of the tooth enamel. A clear sign of the pathological process is a peculiar odor from the mouth, associated with the destruction of the pulp and its interaction with the pathogenic microflora. Lymph nodes can be enlarged, but still remain painless.

Chronic pulpitis in the acute stage

To exacerbate the disease leads to a problematic outflow of exudate and weakening of immunity. The child complains of constant toothache. Lymph nodes increase with the development of the disease, the tissues of the affected area swell. Detect the disease can only be using an X-ray, which usually shows destructive changes in the tip of the root. 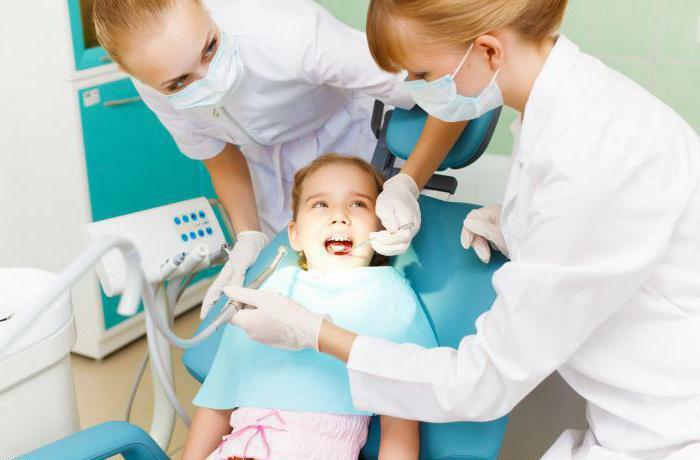 When the defenses of the body weaken, the chronic pulpitis of the tooth usually becomes worse. What is it, what pathology? Symptoms of the disease are the child's complaints of traumatic pain, which increases with food. In addition, the tissue surrounding the tooth becomes inflamed and swollen, the lymph nodes increase in size. Sometimes the chronic form is accompanied by an increase in temperature and a worsening of the general condition of the child.

This form of the disease is very rare in children with milk teeth. It is not possible to detect the disease in time.

Modern medicine offers several options for identifying a dental disease. Pulpitis can be detected during dental examination. During the examination, special attention should be paid to the mobility and sensitivity of the teeth. To determine the exact diagnosis, do an x-ray and check the tooth reaction for sensitivity to cold / hot temperatures. Based on the results of the examination, the doctor confirms the pulpitis in the children of the baby teeth. Treatment of the disease is selected individually.

What should be the therapy?

Treatment should be aimed at eliminating inflammation, preventing the development of periodontitis, creating the most favorable conditions for the growth of permanent teeth. In pediatric dentistry, it is extremely important that all manipulations are simple and simultaneously painless. 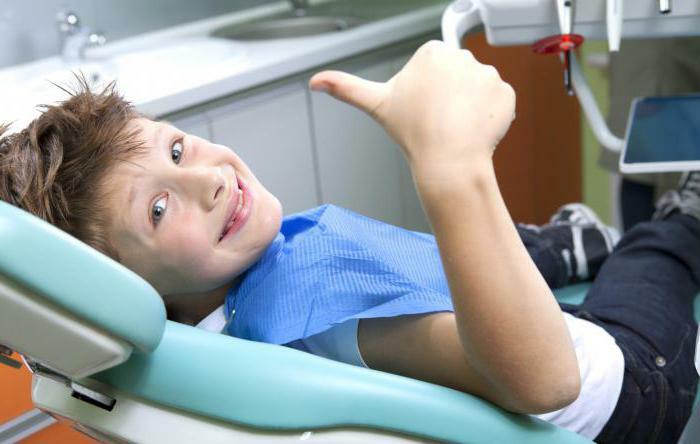 How is pulpitis treated? Therapy can be both conservative( biological method) and surgical. The choice of a specific treatment option depends on the neglect of the pathology and its shape.

This method of treatment is used for chronic fibrotic pulpitis of infant teeth. Initially, the doctor opens the inflamed cavity. On its bottom and the pulp itself, it imparts a paste from a mixture of artificial dentin and Shostakovskiy's balm. Then the affected area is dried and put a seal of phosphate cement.

Opinions on the use of the biological method of treatment diverge. On the one hand, the salvage of the pulp makes it possible to fully form in the future the tops of the roots. On the other hand, the tooth after treatment pulpitis often aching and aching. 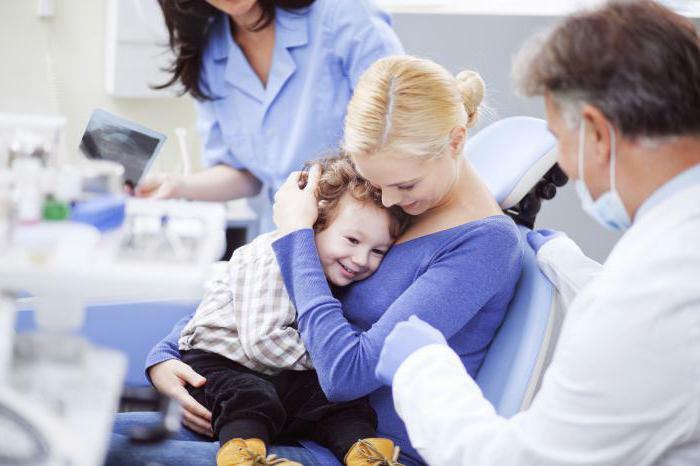 The devital method of treatment is used today most often in acute or chronic course of the disease. In the case of gangrenous pulpitis, it is categorically contraindicated.

In this article, we talked about why the pulpitis of the tooth develops, what it is and what are its primary symptoms. Treatment of this disease is not an easy task, especially for a pediatrician. The specialist should not only eliminate the pathological process, but also keep the opportunity for the full development of permanent teeth in the future. Pediatric dentistry has a number of features and is significantly different from adults.

For those children and their parents who together regularly visit the dentist's office, it is not difficult to detect pulpitis in time and take the necessary measures to treat it. If a damaged or discolored tooth is detected, a visit to the dentist should be made without delay. Otherwise, the probability of developing a complicated infectious process increases.

As a preventive measure, it is recommended to visit the dentist twice a year. Detected in time caries helps prevent pulpitis in children of baby teeth. It is better to start treatment of this disease at the initial stages of development. Be healthy!