The purpose of any medication should be performed by a specialist. Despite this simple rule, many patients independently purchase this or that drug, studying about it reviews. If there is not a suitable means in the pharmacy, or if it has a high cost, then the consumer looks for analogues. It should immediately warn that such an approach to one's own health can have unpleasant consequences. Today's article will show you the drug "Norfloxacin".Analogues and substitutes for the drug, as well as some reviews about them, will be described later. 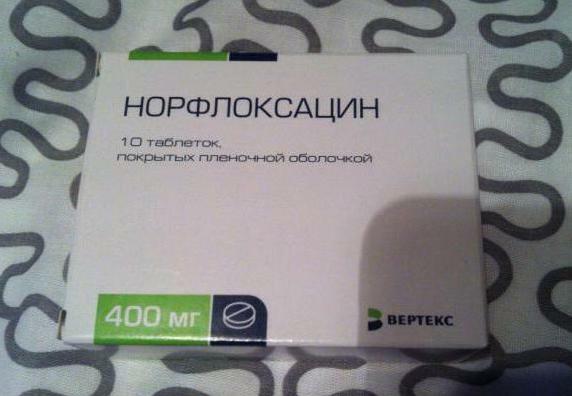 Description of the original medicine and its characteristics

Before starting treatment, the patient should always study the information that is given about the drug "Norfloxacin" instructions for use. Analogs will be presented to your attention below.

The active substance of the drug "Norfloxacin" is the eponymous component. The drug is produced in tablets, each containing 400 milligrams of norfloxacin. In the pharmacy, you can buy 10 or 20 pieces of this medication. The purchase will cost you 160 and 210 rubles, respectively. The price may vary slightly in different regions.

The drug refers to antibiotics used in gynecology, urology, ophthalmology and ENT-practice. Tablets are prescribed for the treatment of cystitis, urethritis, gonorrhea, intestinal infection, diseases of the urinary system. It is forbidden to use the medicine during pregnancy and lactation, and also to children. The drug is contraindicated in hypersensitive patients and persons with tendon ruptures. The composition is taken orally on a tablet from one to three times a day( depending on the disease).Therapy can be carried out for 12 weeks without interruption. Also, a single dose of medication is not excluded. If necessary, the tablet can be divided into 2 parts and take 200 milligrams of the drug at a time. 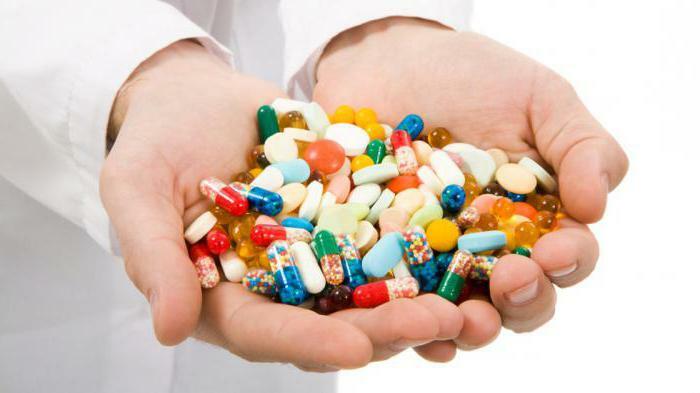 You can replace the drug with two kinds of medications. You can choose a structural analogue, which will have the same substance of the same name. Such absolute substitutes include the following drugs:

Some drugs have a cost lower than the original remedy. Others are more expensive. All medications contain instructions for use, which must be studied before taking the first pill. Also, Norfloxacin's analogues are indirect or relative. They include a different formulation, but they have the same antibacterial effect. This means "Ampicillin"( penicillins), "Doxycycline"( tetracyclines), "Sulfametizol"( sulfonamides), "Nitrofuratonin" and so on. It is quite easy to get lost in the list of all medicines. Therefore, for effective treatment, Norfloxacin, its analogs or other drugs should be recommended by a doctor. Let's consider in more detail structural substitutes of a medicine. 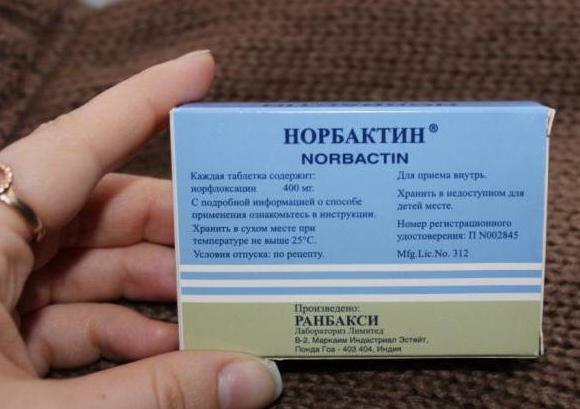 Has an original preparation an inexpensive substitute. Its trade name is Norbaktin. The composition of the medication is the same norfloxacin in the amount of 400 milligrams. The cost of 10 tablets is 140 rubles. This is 20 rubles less than the drug "Norfloxacin".However, a large package of medicines in the amount of 20 tablets is much more expensive. You can buy it at a price of about 300 rubles. Reviews say that it is more profitable to buy small packs or purchase a large package of medicine "Norfloxacin".

The drug "Norbaktin" has a similar effect to the original agent. But in the indications for its use are also indicated infectious diseases of the gastrointestinal tract. These include shigellosis, salmonellosis and others. People with hypersensitivity, pregnant and lactating women, and patients with hepatic impairment are mentioned as people who are contraindicated with the drug. 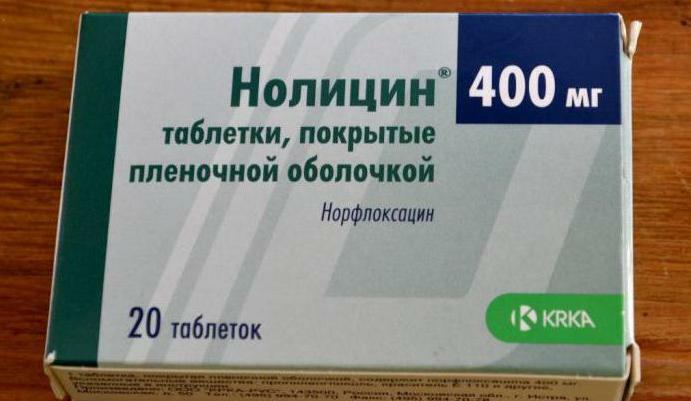 Norfloxacin analogues are more expensive. These include the popular and often prescribed drug "Nolitsin".It also includes 400 milligrams of norfloxacin.10 tablets will cost about 200 rubles. A large packet, which contains 20 capsules, will cost the buyer 400 rubles. Reviews about this medication are mostly good, but patients are indignant at such a high cost.

The indications and the method of use for this preparation coincide with its predecessor. But in contraindications only children's age, hypersensitivity and lactation are indicated. The drug is used in pregnancy only for life indications. Clinical data on such use are not available from the manufacturer. 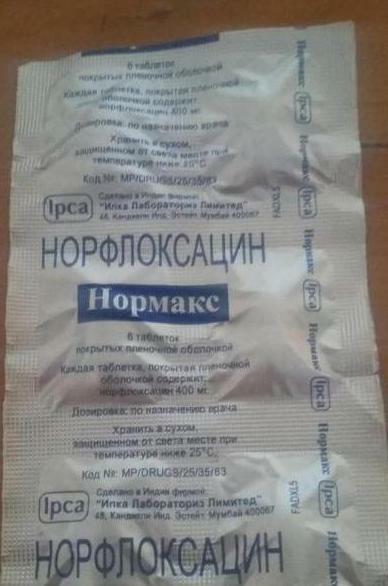 The next analogue of the drug "Norfloxacin" is the drug "Normax".It is less popular than the methods described above. Despite this, the medicine can completely replace its predecessor. The composition and form of the products coincide. Contraindications remain the same.

Difference between medications - in cost, method of application and indications. As consumers say, the drug is often prescribed in the form of drops. They are used in ophthalmology and otorhinolaryngology. The drug in tablets costs about 180 rubles for 6 capsules. The liquid form of the drug is released in the amount of 5 milliliters and costs the consumer 200 rubles. The drug "Normaks" is used for diseases of the urinary and genital tract, as well as for the treatment of otitis of different localization and conjunctivitis.

The difference of this drug from the original drug "Norfloxacin" is that it can be applied up to 18 years. Nevertheless, it is not prescribed in childhood and adolescence to 15 years. The drug, respectively, is not used in pregnancy. If therapy is needed for a nursing woman, then the question of temporary or complete cessation of lactation is decided.

The medication is applied orally and applied topically. Everything depends on the disease. The indications are the same as for the previous medication Normax. Consumers say that this medication is suitable for the treatment and prevention of travelers' diarrhea.

You already know what information contains the information about the drug "Norfloxacin" instruction. Analogues of this tool are also described for you. But it is worthwhile to learn and about the reviews that the consumers of these medicines develop. Statistics show that the most prescribed medication from the list is Nolicin. The medication Normak is recognized as expensive. The effect of using medicines is the same. After all, their composition contains the same name component in the corresponding quantity. So why pay more if you can choose a cheap analogue of the drug "Norfloxacin"?

Opinions of experts in this issue differ. Most physicians insist that only the remedy that was prescribed should be used. Indeed, it is worth to follow the doctor's recommendations and not depart from the prescribed scheme. But if you still replace the drug "Norfloxacin" with one of the drugs described above, then nothing terrible will happen. It is important to read the instruction and follow its conditions before use. 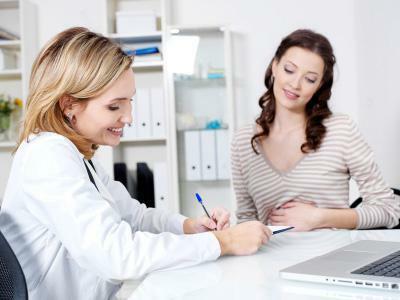 From the article you learned about the antibiotic "Norfloxacin".Instructions for use, analogs, reviews and photos of drugs are presented to you. Remember that you should not rely on the opinions of experienced consumers. After all, the medicine that helped them, may not be effective for you.

For the correct selection of antibiotic, an analysis should be made, which determines the sensitivity of microorganisms to it. Only in this case the therapy will be chosen correctly and will prove effective. Try not to be ill, all the best!