"Caffeine-benzoate sodium" - a medical product that has a stimulating effect on the human nervous system. This remedy is prescribed for the treatment of migraine, the elimination of drowsiness, increased blood pressure and mental capacity. Tablets "Caffeine-sodium benzoate" improve motor activity, eliminate drowsiness, normalize the activity of the respiratory center. 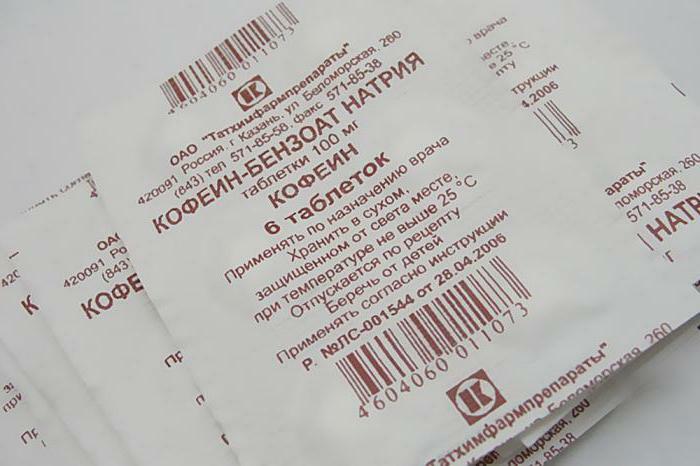 The product is available in the form of tablets. Information on possible side effects, pharmacological effects and dosages contains instructions."Caffeine-sodium benzoate" can often be found on the market in the form of a solution.

The effect of the drug on the human body

The pharmacological action of "Caffeine-sodium benzoate" is to excite the receptors of the cerebral cortex, enhance reflexes, stimulate the respiratory center of the medulla oblongata, increase the overall motor activity and conduction of neurons in the spinal cord, eliminate drowsiness and fatigue,activities. 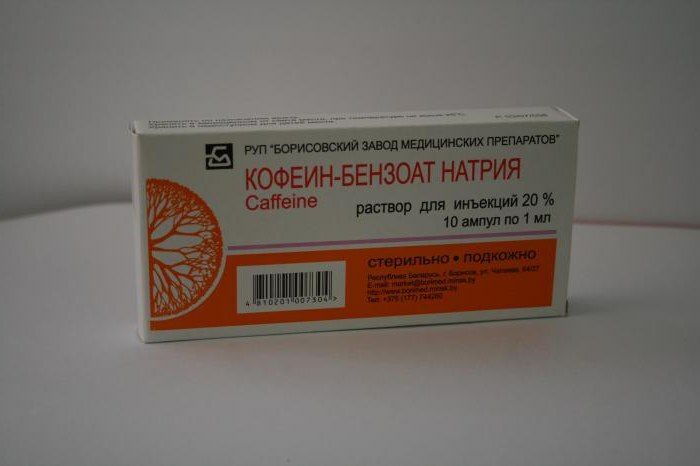 In small concentrations, which the instruction says, "Caffeine-sodium benzoate" has a stimulating effect on the human nervous system, however, its administration in large quantities is fraught with pathological consequences for the body, since it starts to depress the nervous system.

"Caffeine-sodium benzoate" is used to increase blood pressure, it affects the cardiac and vascular mechanisms. Moreover, the drug works selectively, that is, at low pressure it raises it, and at normal it practically does not affect.

In addition, "Caffeine-sodium benzoate" has a diuretic effect, stimulates the production of gastric juice and reduces platelet aggregation.

According to the instructions to the drug, it is prescribed for certain pathological health conditions, which include:

The use of this medication is not recommended for certain pathologies, which is indicated by the instruction accompanying it."Caffeine-sodium benzoate" is not recommended for taking in pathological conditions such as: cardiovascular diseases of organic type, anxiety disorders, ventricular extrasystole, sleep disorders, tachycardia, hypersensitivity to the components of the drug. In addition, very carefully tablets prescribed for the elderly and children under 12 years, with the likelihood of seizures and epilepsy. Pregnant and nursing "Caffeine-sodium benzoate" is prescribed only for special indications and in extremely small doses. 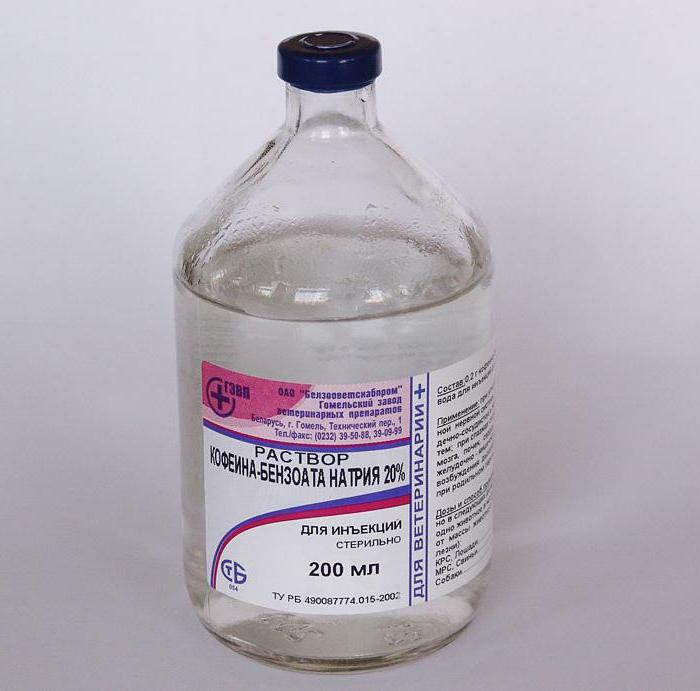 The use of this medication simultaneously with other drugs - contraceptives, cimetidine and some others - causes a slowdown in the process of removing components from the liver and accumulating them in the blood. Together with a variety of beverages and foods that contain caffeine, benzoate can cause excessive stimulation of the nervous system.

Mexeiletin, contained in various products and medicines, can significantly slow the caffeine withdrawal process, and nicotine, on the contrary, speeds it up. The main active substance of the drug slows down the absorption of calcium in the gastrointestinal tract, lowers the effectiveness of narcotic and hypnotic drugs, increases the amount of lithium removed from the body.

Information on the dangers of the medication contains instructions."Caffeine-sodium benzoate" in the presence of intolerance to certain components of it or ignoring the medical recommendations can cause anxiety, anxiety, headaches and migraine headaches, epi-seizures, insomnia, vomiting, nausea, exacerbation of stomach ulcer, hypertension. If the product is incorrectly applied, its overdose may occur, accompanied by increased pressure, dehydration, vomiting with blood, excitement, rapid heartbeat and urination, convulsions and ringing in the ears. 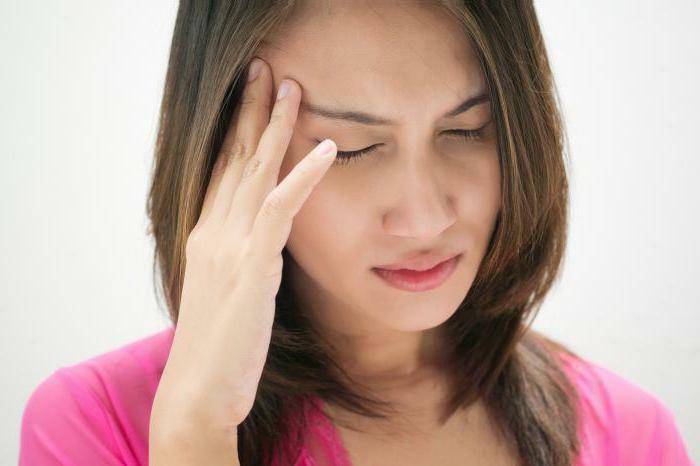 When a dose exceeding 300 mg per day is used, the first symptoms of poisoning are manifested: confusion, headaches, excessive anxiety and extrasystole. The consequences are eliminated by washing the digestive tract, taking activated carbon and laxatives.

Despite the fact that the drug register positions the given drug as medical, many people, especially athletes, use it in order to lose a couple of extra pounds. According to numerous reviews, it is an effective fat burner and allows you to achieve great results in losing weight. 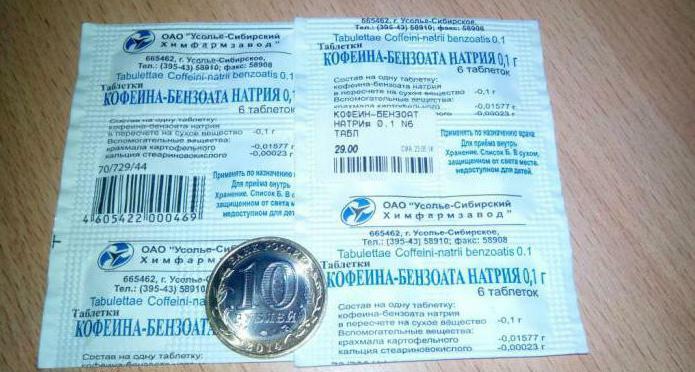 "Caffeine-sodium benzoate", a recipe for the use of which is often advised by nutritionists, is very effective, especially if it is combined with other drugs.

What is the purpose of caffeine

? Caffeine( sodium) benzoate solution, like its tablets, is used and is prescribed as a psychostimulating substance. It has the following effects on the body:

According to the last point, the drug can indeed be used for fat burning, although the drug register does not position it in this way.

The stimulating effect of the drug is noticeable even with the use of a minimal dose. Despite this, for the burning of fats in the body, a dosage significantly exceeding the therapeutic dosage is necessary. Before the start of training it is desirable to use about 9-20 mg of caffeine per kilogram of body weight. Reduction of dosage can cause loss of stimulating effect. Tablets are used for thirty minutes before the start of the exercises, often combined with aspirin to improve the patency of the vessels. 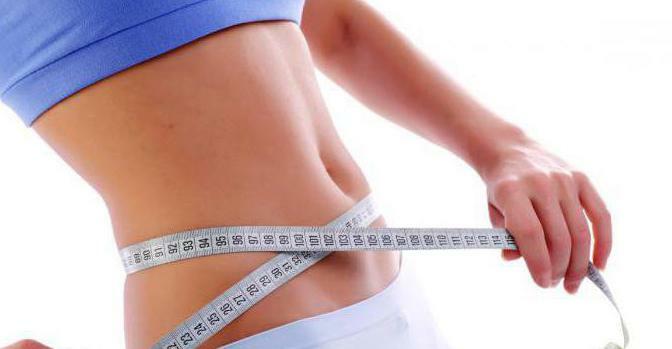 Despite the fact that "Caffeine-sodium benzoate", the price of which does not exceed 10 rubles, is a good way to lose weight, even athletes who use it are advised to start with minimum doses of 2 mg per kilogram of weight. Gradually, the dosage should be increased to the maximum possible, after the reception of which side effects begin. The correct intake of the drug can increase the metabolism by one third, which increases the rate of disintegration of fats in the body by a similar amount.

Numerous doctors and scientists from different countries repeat the same for a long time: with regular use of the drug for a long time, there is a negative effect on the human body. Scientifically proven that caffeine significantly increases blood pressure, can cause the development of myocardial infarction and atherosclerosis.

Certainly, some studies disprove the claim that caffeine-benzoate leads to an increased risk of cardiovascular disease, but it is with such pathologies that its use is strictly limited or prohibited. The drug is sold without a prescription, accordingly, its use is completely uncontrolled, especially in conjunction with the fact that the price of "Caffeine-benzoate sodium" is minimal. Regular use of the drug causes dependence, in many respects similar to the drug. In fact, here the principle of action is analogous to ordinary coffee: if a coffee maker refuses to drink, he will turn into a languid and drowsy creature, since his brain without the necessary dose will simply not work. 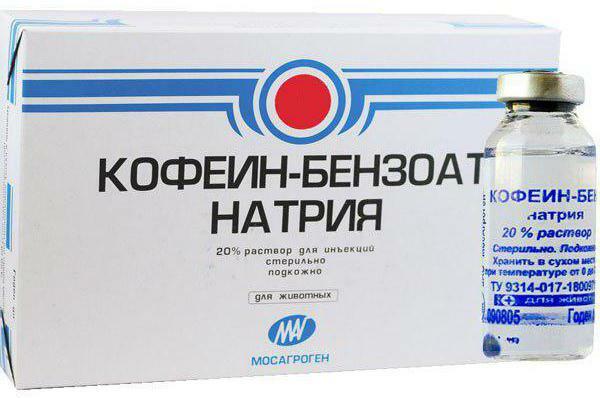 Another drawback of using "Caffeine-sodium benzoate" is the lack of appetite. In this case, the drug stimulates the production of gastric juice, which can cause heartburn, gastritis, ulcers. Actually, this way, the excess weight is achieved - people with similar pathologies of the gastrointestinal tract simply can not eat properly.

The last "underwater stone" is an overdose of a drug. Symptoms of poisoning are weakness, heartburn, increased blood pressure, nausea, headaches. For athletes, this becomes a signal to reduce the dose, for ordinary people - to a complete cessation of "Caffeine-sodium benzoate".And most importantly: you can lose weight with this medication only if there are physical exertion.