Infecting a fungus in a public place is quite simple, but to get rid of the disease, you need to spend a lot of time and money. One of the popular antifungal agents is Exoderil, which is released in the form of a solution, a spray, a varnish and an ointment. However, not every patient can afford to purchase an expensive medicine. On the recommendation of a specialist, you can choose a cheaper analogue of "Exoderil" with a similar active ingredient or similar therapeutic effect.

"Exoderate": what is the drug?

For the treatment of fungal damage at the local level, there is a huge number of medicines imported and domestic production. On the positive side, the Austrian drug of the pharmaceutical company "Sandoz GmbH" - "Exoderil"( cost - about 570 rubles) proved itself. The manufacturer took into account the peculiarities of the treatment of the fungus of the nail plates and proposes to purchase an effective agent in the form of a solution( drops). 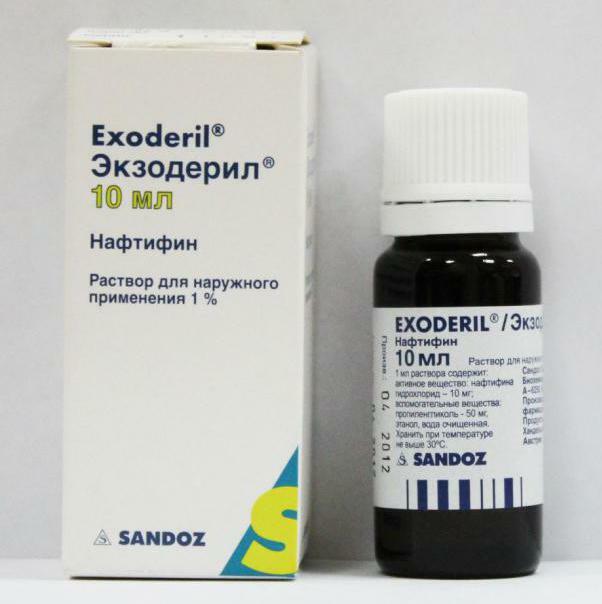 Find a cheap analog "Exoderil" in the same form of release is quite possible. The price will vary depending on the country of manufacture of the drug. The main active ingredient in the Austrian medicine is naftifin hydrochloride - a substance belonging to the group of allylamines. In 1 ml of the solution contains 10 mg of active substance and auxiliary components: ethanol, propylene glycol and purified water.

Use for the treatment of Exoderyl fungus or analogues of the drug should only be administered by a specialist. The medicine is effective in the following cases:

When choosing an analogue of "Exoderil"( in drops or other form), you should take into account the indications for the use of the medicine and observe the instructions for use. Some antifungal drugs have a broader spectrum of action, or, conversely, they will not be able to influence a particular type of pathology.

How to choose a cheap analogue of "Exoderil"?

The Austrian drug refers to quite expensive drugs and is therefore not available for most patients in need of antifungal therapy. On the drugstore you can find cheaper substitutes, which will not yield to the effectiveness of the original drug.

First of all, pay attention to the composition of the drug. The same active substance( naftifin hydrochloride) is contained in several products in addition to the Exoderyl solution. The analogue( Russian) of the more affordable price category is Mikoderil. Also, the remedy can be replaced with the following antifungal medicines:

The analogue should be selected with the help of a doctor who can take into account the severity of the pathological condition, the presence of contraindications and the sensitivity of the fungus to the active components of the drug.

The antifungal drug "Micoderil" is released in the form of a solution, which allows the active ingredient( naphthyfine) to penetrate through the nail plate and to fight against pathogenic microorganisms more productively. In addition, the analogue of "Exoderil"( solution) has a wide spectrum of action and is active against many pathogens, Gram-positive and Gram-negative bacteria that are capable of provoking the development of secondary infection. 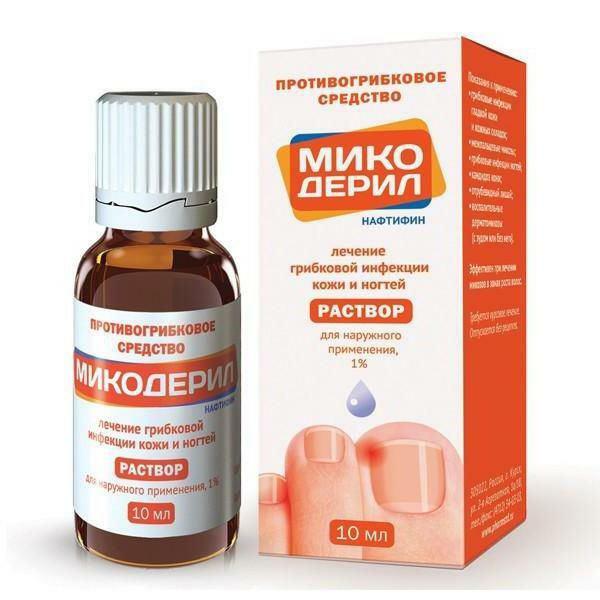 According to the instructions "Micoderil" is able to rid of onychomycosis for 6 months. The solution is applied to the affected nail at least 2 times a day. At the same time, it is recommended to remove the affected plate as much as possible using scissors and a nail file. Do not stop using drops until the healthy nail is fully grown.

The agent for the treatment of fungus "Terbinafine" is available in various forms( spray, ointment, tablets, cream) and has an active substance of the same name. The auxiliary components differ slightly depending on the form of the preparation."Terbinafine" - a cheap analogue of "Exoderil" and can effectively eliminate pathogens that damage the skin, nails and hair. 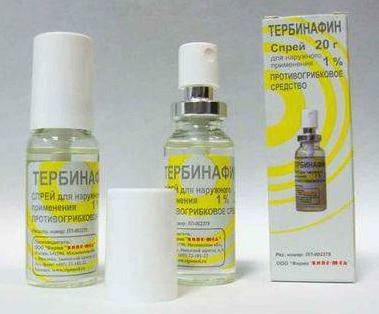 The most effective therapy is considered, in which several forms of the drug are used simultaneously. It can be a spray for external application and a tablet. Thus, a double blow is applied to fungal pathogens. The drug can be used to treat children older than 3 years. The cost of the terbinafine spray is 150-180 rubles.for 20 ml. Ointment will cost the patient at 80-100 rubles.

For external treatment of fungus, often use the drug "Mycospores", the active ingredient of which is bifonazole. The drug is effective against many species of fungi and is prescribed with the following ailments: 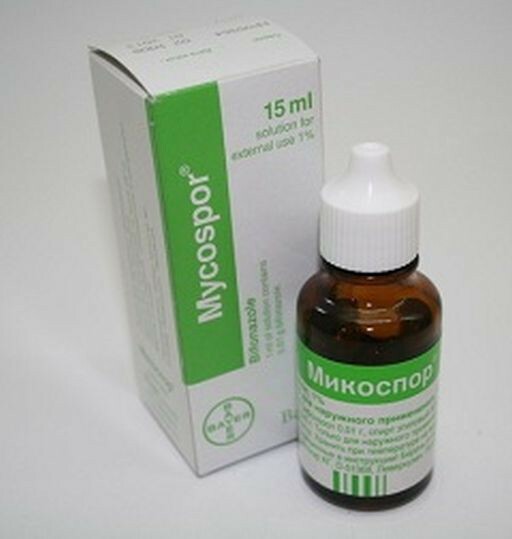 Relatively inexpensive analog "Exoderil" in the drops is available in other forms: ointment, cream, powder. The cost of Mikospor is from 320 rubles. Depending on the location of the fungal lesion, you can choose the most convenient form for the application of the drug.

What do patients say?

The Austrian original tool has received a wide variety of reviews. Most patients were satisfied with the result of the treatment and confirm the effectiveness of the drug with respect to fungal pathogens. At the same time, some patients note the complete lack of therapeutic action of the "Exoderil". 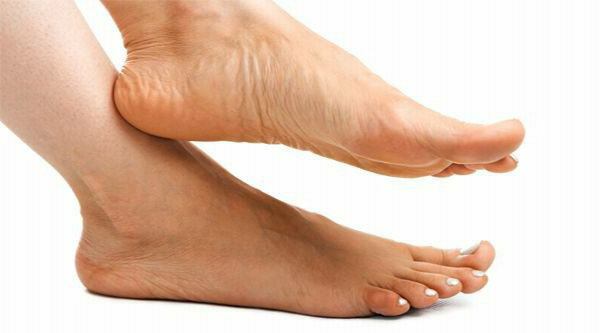 Analogues, reviews are also positive and negative. Experts recommend not to engage in self-treatment and promptly seek help from a doctor if symptoms of fungal infection are detected.