The drug "Ambroghexal"( tablets): instructions for use

A drug such as "Ambrohexal"( tablets), belongs to the category of mucolytics and expectorant drugs. The therapeutic effect is the dilution of sputum and the improvement of its excretion from the respiratory tract. The active substance is ambroxol.

Tablets differ in their rounded shape, have beveled edges and a white hue. On one side of the capsules there is a dividing notch, due to which they can be broken into two parts. This is very convenient if there is an order to drink "Ambrohexal" in half of the tablets. The package contains only 20 pieces in 2 blisters.

The drug "Ambrohexal"( tablets, 30 mg) in addition to the main active substance ambroxol hydrochloride in this concentration contains the following auxiliary components:

What does the drug give?

At reception many are interested, what pharmacological action renders "Ambrogheksal"( tablets).The instruction says that this mucolytic and expectorant drug gives such effects:

Ambrohexal( tablets) has the ability to accelerate the period of transformation of dry cough into a productive, slowly reduces its intensity. Its concentration in the human respiratory system, which is capable of providing therapeutic effect, is formed about half an hour after ingestion and persists for the next 10 hours. Then ambroxol( active ingredient) is inactivated in the liver and is split into metabolic products that are excreted in the urine through the kidneys. The period during which half of this substance is excreted is 12 hours.

The doctor prescribes the tablets for cough "Ambrohexal" in case of a disease of the lungs or the respiratory tract, accompanied by a thick sputum, the removal of which is problematic( often the patient also suffers from a dry cough).The list of such ailments is as follows: 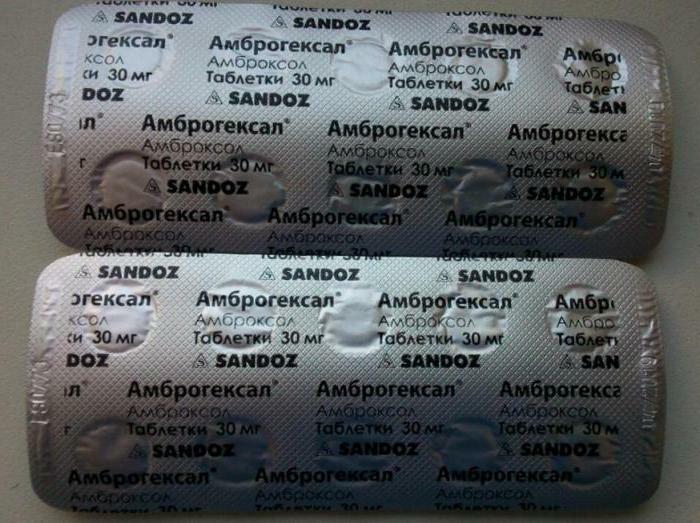 First of all, after taking the medicine, the protective function of the respiratory tract is improved.

When can I not take Ambrohexal( tablets)?

The instruction for this preparation contains information on possible contraindications to its use.

Treatment can aggravate the condition of the patient if taken in such cases:

In addition, "Ambroghexal"( tablets) is not recommended to drink in the second and third trimester of pregnancy, as well as during lactation. In case of emergency, the doctor can make an exception and appoint them. This should be done only when the expected benefit exceeds the negative impact on the health of the unborn child. In other cases, the doctor in case of need can safely appoint a patient "Ambroghexal".

Tablets for cough have their own characteristics in terms of dosage. To drink them it is necessary entirely, sometimes it is necessary to divide in two. To chew the tablets is not necessary, after intake they should be washed down with plenty of drinking water.30 mg of the active substance contains the drug Ambroghexal( tablets).Instruction for use provides the following dosage depending on the age of the patient and the features of the pathological process in the respiratory system:

"Ambrohexal" in the form of tablets has a very high dosage range for the treatment of the disease, so the doctor can adjust the number of receptions depending on the severity of pathologies or individual nuances of a person.

Can children be given?

Babies are most often prescribed by the doctors as a syrup. But in the form described, "Ambrohexal"( tablets) for children can be given after 2 years. 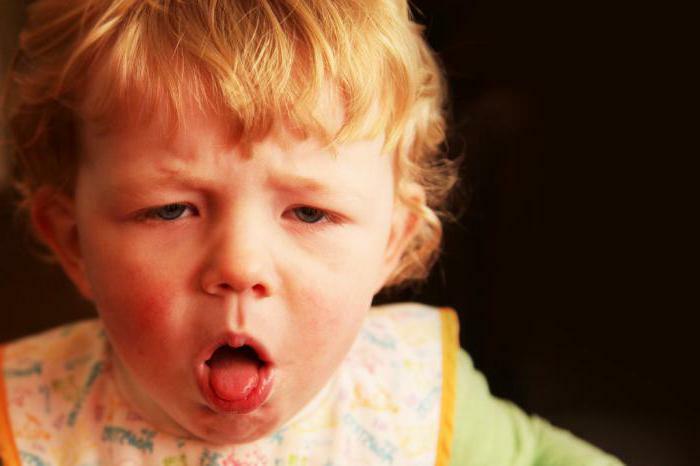 In the form of syrup, the dosage is as follows:

Before you give the product to a child, make sure that the box contains instructions for use. Syrup should be drunk after eating. And in the treatment should be in parallel to drink liquid in a large volume( warm water, tea and juices will do).This enhances the mucolytic effect of Ambrohexal. The time of therapy depends on the severity of the child's illness and can be determined by the pediatrician. Without his recommendation, the drug should take a maximum of 5 days.

The active substance of the drug - ambroxol - is transferred predominantly well. But in some cases, there are side effects. These include: 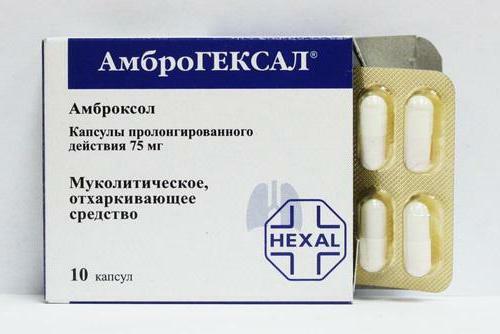 There have also been cases in which severe skin lesions, such as Stephen-Jones syndrome, developed after the application of Ambrohexal. But such phenomena are connected not with the use of medicine, but with the underlying disease. If you notice any of the above symptoms, stop taking the medication and consult a doctor immediately.

Features of the use of medicine for cough

It is necessary to carefully study how to take Ambrohexal( tablets) in order to prevent complications, and by all means get a specialist consultation.

Before starting treatment with this drug, it is necessary to take into account such peculiarities:

Ambrohexal tablets are dispensed without prescription in pharmacies. But this does not mean that before you start treatment, there is no need to get advice and doctor's advice in this regard.

The drug "Ambrohexal" has a wide range of possible dosages, as well as not too much toxicity. That is why with him there is practically no chance of having problems when exceeding the specified number of tablets. But if the concentration of the drug in the blood greatly increases, then there are such phenomena as:

If the patient has noticed at least one of the listed symptoms, then he will need to rinse the stomach and intestines urgently, as well as conduct detoxification therapy.

The drug in the form of tablets can be stored for a maximum of two years. To this end, you need to choose a place protected from light, the air temperature in which does not exceed the mark of 25 degrees. Be sure that packing with it is not available for children.

20 pieces of tablets of 30 mg on average in pharmacies cost about 100 rubles.

As mentioned earlier, the active substance of this drug is ambroxol. It is also the main component of such tools as:

Tablets, according to patients, are very good in the treatment of bronchitis and other diseases, in which the key symptom is cough. 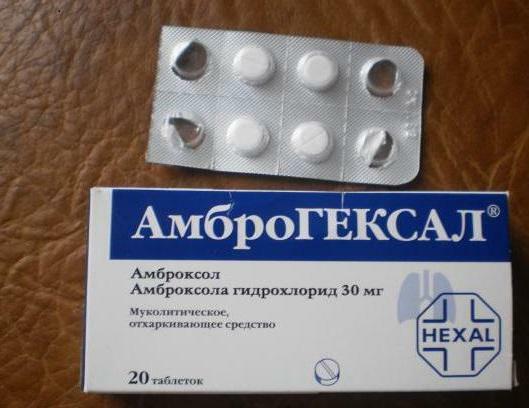 He suffers many, both children and adults. In some cases, coughing is not even accompanied by fever and other symptoms. Most note the incredible efficacy of this drug.

Do I need a prescription?

The prescription for the purchase of "Ambrohexal" from a doctor is not required, but it is better to consult with him regarding the appropriateness of using this particular drug, because with each patient the situation is always different.

As we can see, these pills are a very effective solution that allows you to rid yourself of such an unpleasant symptom of a cold as a cough as soon as possible.