Khabarovsk Krai is famous not only for its harsh and at the same time bewitching beauty, but also unique natural sources with therapeutic effect. Sanatoriums of Khabarovsk Krai, using their medicinal properties, perfectly help people to improve their health. There are a lot of health resorts here. Among them - "Miner", located in the resort of Kundur, "Pearl of Hingan" and "Sanus" in the valley of the picturesque small river near Small Khingan, "Ussuri" near Khabarovsk, "Hot key" near the village of Tumnin and many others.

In this article we offer information about the sanatorium of the Ministry of Health of the Khabarovsk Territory, which is called "Annenskie Vody".It is said that it was built near a healing spring, in which, many years ago, the girl Annushka, expelled from the village because of her sores, cured all her wounds, became beautiful and strong. There is another legend about this unique source. It tells the story of a hunter named Annin. He was seriously wounded by a tiger, inflicting serious wounds. Annin wandered through the taiga and came upon a source. The hunter washed his wounds in him, and they immediately ceased to bleed, and soon healed. They left no trace. Perhaps these legends are just fiction, but they confirm the fact that people have long known about the unique properties of the local source.

The "Annenskie Vody" health resort is located in a village called Anninsky Mineral Waters. It is located on Central Street, Building No. 2. Regarding the Amur River, this is the right bank. It's quite far from Khabarovsk. The distance is 805 km. A little closer to Komsomolsk-on-Amur - 567 km. Even closer is the small town of Nikolayevsk-on-Amur, to which - only 120 km. I must say, the villages in the Khabarovsk Territory are quite secluded, mostly at a decent distance from each other, surrounded by a virgin taiga. So, from Anninsky mineral waters to the nearest Susanino - 15 km, and to the large village of Bogorodsky - 61 km. 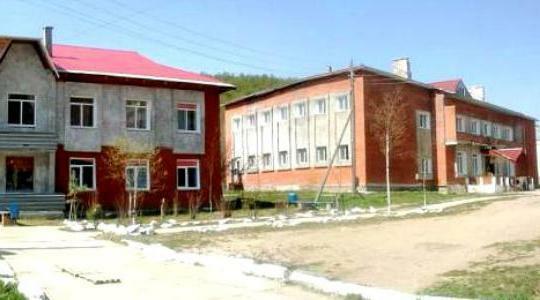 How to get to

In summer, you can get to the sanatorium "Annenskie Vody" on the Amur River by a meteor-boat departing from the town of Nikolaevsk-on-Amur. The boat arrives at Susanino Marina, where, on the days of arrival, guests are met by a sanatorium shuttle. In winter, you need to go by bus to the village of Bogorodsky( it follows from Khabarovsk), where also on the day of arrival the transfer is met. All year round it is possible to get to the health resort by regular buses from Khabarovsk, Komsomolsk-on-Amur and Nikolaevsk-on-Amur. You can also use the services of the company "East Express", which provides minibuses. There are both group and individual trips.

The use of the curative waters of the spring officially began in 1866.For almost a century and a half, the sanatorium "Annenskie Vody" helps people overcome their ailments, without violating the traditions of benevolence and conscientious attitude to patients laid down by the founders. 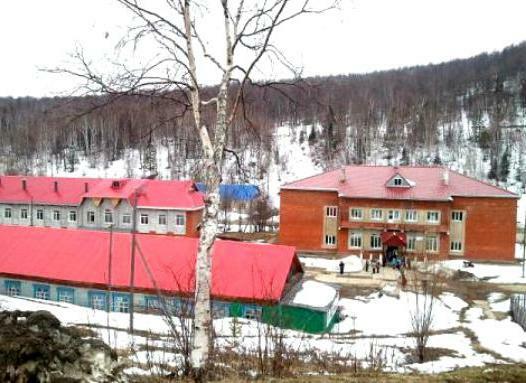 The health resort is located in a picturesque area, surrounded by hills covered with firs and cedars, birches and oaks. As tourists say, the air in these places is special. It's easier to breathe, the mood rises, there are strengths for long walks and hiking. The location of the health resort in the village is advantageous because there are small shops, a pharmacy and a post office nearby. The sanatorium includes 3 sleeping buildings in 2-4 floors. There are no elevators in them. The infrastructure also includes an administrative building, a polyclinic with a clinic, a dining room, a club. The sanatorium is open all year round. He takes both adults and children for treatment. For babies in the infrastructure of the health resort is not provided for anything.

Sanatorium "Annenskie Vody" specializes in providing medical services for diseases of such systems of the human body:

Restorative treatment is also provided here after the operations and injuries suffered. Everyone who has a rest in a sanatorium can get( paid) a consultation with a therapist, neurologist, urologist, dermatologist, physiotherapist, gastroenterologist, gynecologist. Also here are services under the program "Mother and Child". 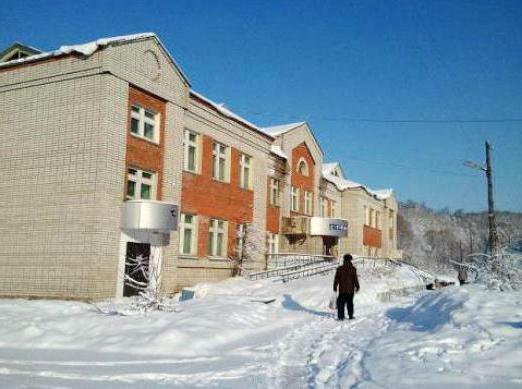 In the sanatorium of the Khabarovsk Territory "Annenskie Vody" has a good diagnostic base equipped with modern equipment. Here the following tests are performed:

Procedures in the health center are paid and free. In addition, there are pump rooms with mineral water, which you can drink for free in unlimited quantities. 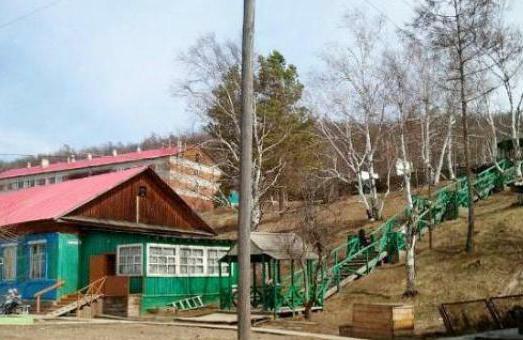 In the sanatorium "Annenskie Vody" guests can stay in rooms in three buildings. Two of them are brick, more modern buildings, and one, located on a small hill, has been functioning for a very long time. This body is wooden. To him leads a ladder of 30 steps, climb on which people with sick legs are not very easy. All rooms in the health resort category economy. Among them there are for 2, 3 or 5 people. They are located in sections of 4 rooms in each. On the section there are 2 washbasins and 2 toilet bowls. There is no shower in the buildings.

The design of the rooms is very simple - the walls are painted blue, the floors are wooden, without carpet, lace curtains and thick curtains on the windows. Room equipment - beds, wardrobe, bedside tables, batteries, table, chairs, mirror. Linens( sheets, duvet covers, pillow cases) and towels are provided of good quality. They are changed once in 7 days. 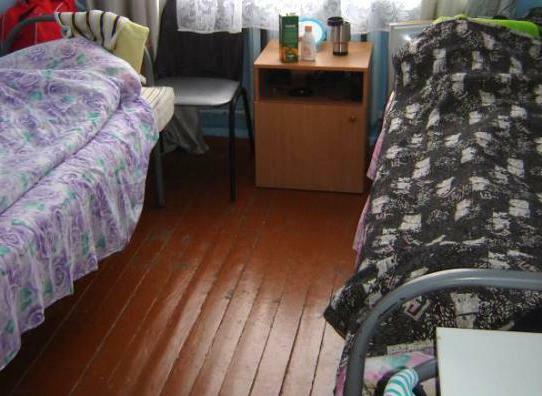 In the sanatorium "Annenskie Vody" meals are organized in the dining room. They are fed three times a day. Additional snacks, snacks, kefir for dinner is not provided. According to visitors, the quality of the dishes here is good, always fresh, tasty. Type of food - custom menu, which is the same for all. Tables are laid out by the employees of the dining room.

The sanatorium "Annenskie Vody" is focused on rendering medical services to its guests. Therefore, there is not much entertainment here. There is a club in the infrastructure of the sanatorium, where movies are shown every day. The entrance is 50 rubles. On weekends, dance parties are held here. Sports fans can spend their free time playing table tennis( 50 rubles per hour) or billiards( 120 rubles per hour).Also, everyone can swim daily in the pool with mineral healing water. The procedure time is 15 minutes, the price is 100 rubles. Ulchsky district of the Khabarovsk Territory is extraordinarily beautiful. Near the sanatorium there are picturesque hills, a walk along which not only gives emotional pleasure, but also strengthens health. 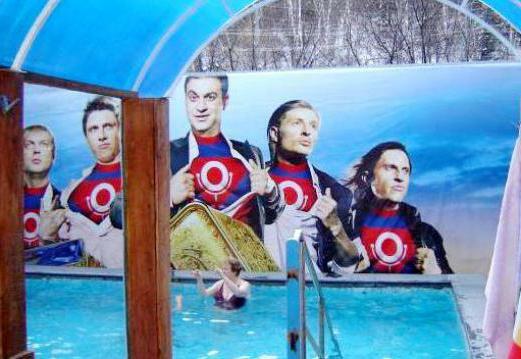 The sanatorium "Annenskie Vody" is supervised by the Ministry of Health of Khabarovsk Krai. Vouchers here are free. To get them, you need to stand in line at the clinic. The nurses are on duty round the clock. Doctors are receiving from 8.00 am to 5.00 pm. On the first floor of the administrative building there is an accounting department where the payment for procedures and services is made. Contraindications to treatment in the health resort are general, the same as in any institution of this type of activity. 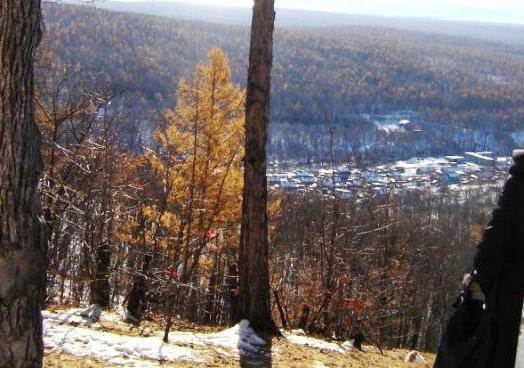 Reviews about health resort "Annenskie Vody" are generally favorable, not without reason the rating of this institution is 4.3 of 5 points.

Despite some shortcomings, this sanatorium people really like. Many people want to rest here annually.