In the world there are many infectious diseases that arise for various reasons. Some of them are very dangerous, and those with whom they are diagnosed require urgent hospitalization and therapy. In epidemics of infectious pathologies, preventive medical and sanitary measures are carried out in educational institutions( kindergartens, schools, universities, colleges, etc.).

This disease is an infection that is caused by various pathogens. It manifests itself in the inflammatory process in the meninges, as a result of which a liquid consisting mainly of lymph accumulates in them. 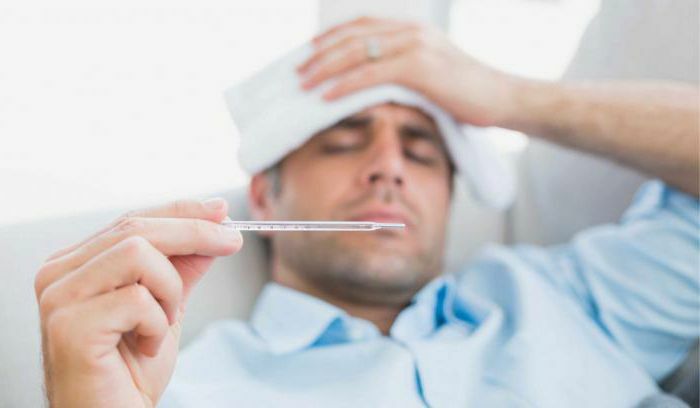 Serous meningitis( ICD-10 code G02.0), unlike the purulent form of this disease, is not so difficult and in most cases is easily amenable to therapy. Most often this infection occurs in children and adolescents, but sometimes adults suffer from it.

Meningitis: causes of the disease and its variety

There are several types of pathology. Primarily, primary and secondary serous meningitis are distinguished. The first variety is a separate disease( for example, caused by specific ECHO or Coxsackie viruses).The second form is manifested as a complication of infectious pathologies. This disease often occurs after the flu, measles, mumps, rubella, herpetic sore throat.

There is also another classification, depending on the etiology of serous meningitis. Considering such a factor as pathogens provoking the disease, its following varieties are distinguished:

In serous meningitis, the symptoms in adults are about the same as in children( headache, fever, nausea, vomiting, increased tearing).The signs of the primary and secondary forms of infection also almost do not differ from each other.

Until the sixties of the last century, there were many more cases of infection with serous meningitis than in our days. This was due to the periodic epidemics of children's spinal paralysis. The wide spread of the vaccine against poliomyelitis led to a significant reduction in the incidence of serous meningitis. However, epidemics of this disease still happen. Most outbreaks occur in summer and early autumn. The answer to the question is, is meningitis contagious, certainly positive. There are several ways of infection. In most cases, the disease is transmitted by airborne droplets. Bacteria, viruses or fungi that cause infection, get into the air when coughing and sneezing. 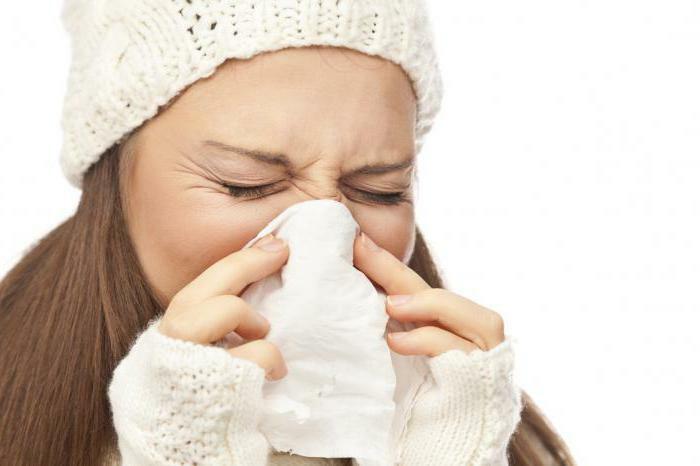 How is meningitis transmitted from person to person? First, by contact with the patient and using his belongings or personal hygiene items. Secondly, through the placenta from a pregnant woman to a child( which, however, happens very rarely).Serous meningitis can also be infected through unwashed berries, vegetables and fruits, as well as when swimming in uncleaned open water during an epidemic. The carriers of the disease are rats and mice, as well as mites. Therefore, when rodents are found in the room, it is extremely important to carry out measures to combat them. And before going to the forest, you should protect yourself as much as possible from a tick bite.

Who is most at risk of getting sick?

The virus of serous meningitis affects mainly children, as well as adults with a weak immune system, who are prone to infectious diseases. In addition, the presence of malignant neoplasms, tuberculosis, and HIV infection can be a risk factor. On the question of how to protect against meningitis, the answer is simple enough: it is necessary to strengthen immunity. To do this, avoid stressful situations, overload, do not overcool, take vitamins and eat healthy foods. It is known that bacteria and viruses provoke meningitis, the causes of the disease, that is, its pathogens, can be transferred by rodents. Therefore, people living in unsanitary conditions are at risk of contracting this infection. 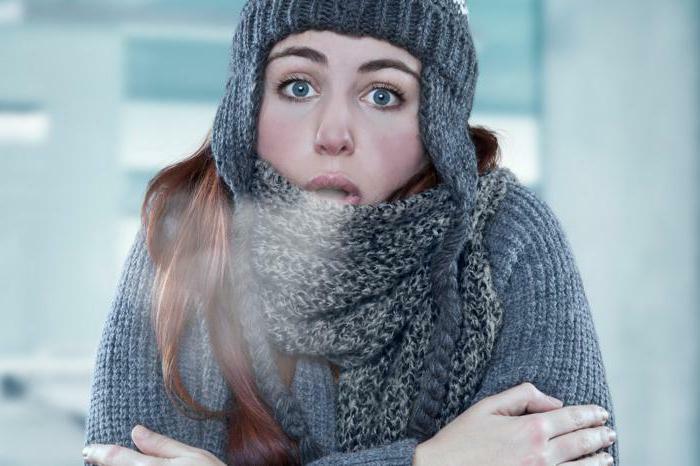 In juveniles, this disease can be caused by various causes and is accompanied by signs of brain disorders and general intoxication.

At the onset of the disease, children experience fever, rapid breathing and heart rate, fever. The child's face acquires a red or pale hue, it becomes capricious, restless, tearful, and has no appetite. There is nausea, vomiting and upset of the chair. The first signs that parents should watch out for are a headache( usually located in the forehead, temples or the back of the head), as well as rashes on the skin. Unfortunately, meningitis in children is much more serious than in adults, and often leads to severe consequences until comatose and death. In children who have suffered such a condition, there are violations of the kidneys, eyes and hearing organs, convulsive seizures, a backlog in intellectual development and learning difficulties.

Some children have cardiac pathologies, diseases of the musculoskeletal system, strabismus. It is established that the younger the child, the more likely that the infection will end in a lethal outcome. Meningitis in infancy most often leads to the death of the patient. The child who has suffered this infection needs regular supervision of doctors. He also needs to go through the doctor's appointments from time to time.

The main prevention of serous meningitis in children is vaccination. If at least one child in the children's institution has contracted this infection, it is necessary to close the organization to quarantine and conduct a survey of persons who have been in contact with the infected person. In addition, from an early age, children need to be taught to observe personal hygiene. It is important to ensure that the child regularly washed his hands, did not use other people's items( such as towels, toothbrushes), did not swim in open water during epidemics, did not eat unwashed fruits, berries and vegetables, did not drink raw water.

How does the disease occur in adults? The main features of

First of all, it should be noted that this disease is characterized by a latent period, which usually lasts from two to four days. Is meningitis contagious at this time? Unfortunately yes. A person who does not yet know that he is sick and who has not yet showed signs of pathology, is able to infect others. 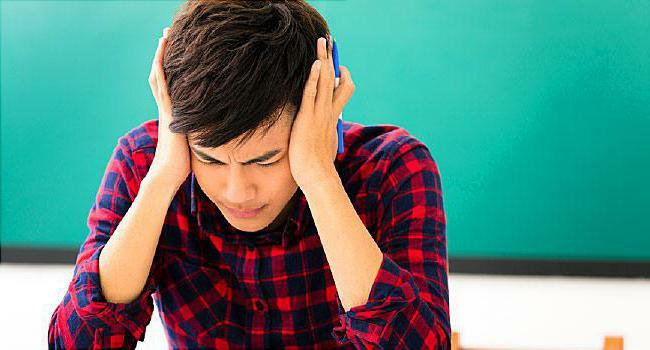 After the end of the latent period, pathological phenomena begin to occur. Increasing the temperature to 40 degrees often accompanies such a disease as serous meningitis. In adults, the symptoms may be as follows:

Meningitis can also be recognized by some external manifestations:

Reddening of throat, rash and cough are observed primarily in the simultaneous course of herpetic sore throat and the development of such complications as serous meningitis. In adults, symptoms resembling a poisoning or intestinal infection predominate in a disease caused by the Coxsackie virus. 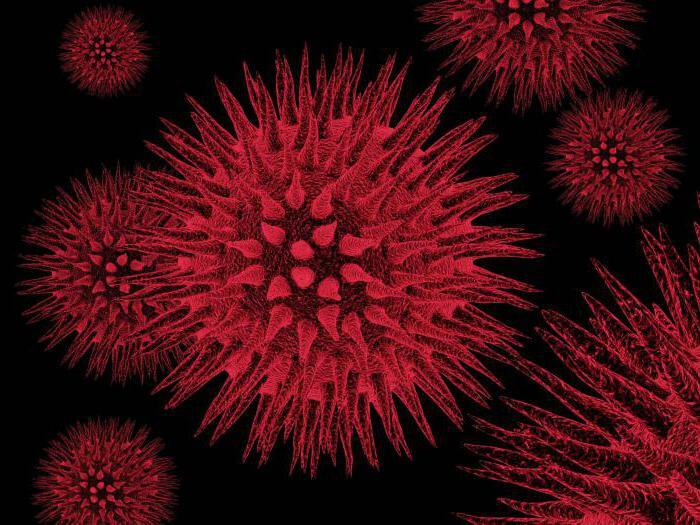 This pathology is characterized by the presence of an inflammatory process in the meninges, lungs and heart muscle. The disease begins suddenly. Its first signs are fever, vomiting and headache. Patients also have impaired consciousness, hearing and vision. On the tenth day after the appearance of the first symptoms in the presence of adequate therapy, the patient's condition improves, but a slight weakness can persist for several weeks. Armstrong meningitis cases occur most often in winter and spring. The vectors of the disease are rats and mice. A person becomes infected from rodents by inhaling dust containing excreta in which microorganisms are present.

If a doctor shows signs of a patient's infection at the examination, he directs the patient to additional examinations. When suspected of serous meningitis, the diagnosis includes the following:

Symptoms characteristic of serous meningitis may in some cases also indicate the presence of other pathologies. Therefore, to clarify the diagnosis, a specialist must conduct a complex of tests and various diagnostic procedures.

In adults, this infection usually does not take too much. In most cases, it does not lead to the death of the patient. However, timely treatment is necessary, as it prevents the development of complications. Knowing how contagious the disease is and how meningitis is transmitted from person to person, doctors who diagnosed the infection with this patient are advised to immediately go to the hospital. In addition, the disease can be cured and possible consequences can be avoided only in a hospital environment. 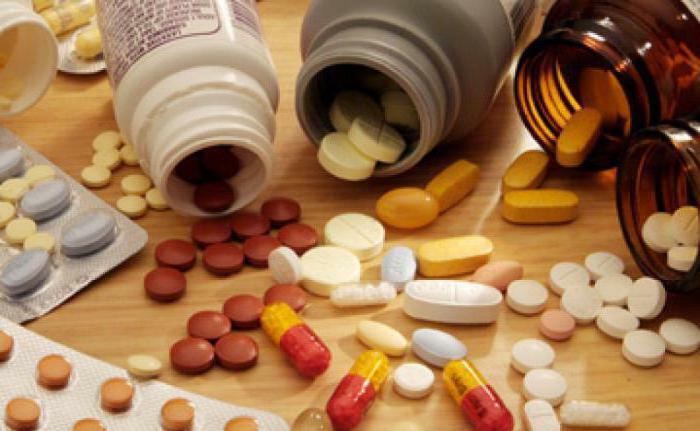 Severe form of serous meningitis is dangerous due to the development of complications. First of all, it is a violation of the functions of the organs of hearing and sight. In addition, with advanced infection and in the absence of adequate therapy, coma, paralysis, inflammatory pathologies of the pancreas, and testicles can develop in patients. Sometimes there is a worsening of cognitive functions. In general, serous meningitis is more dangerous for children than for adults. In juvenile patients, both the infection itself and its consequences are serious. Some children who have undergone this disease, there are mental abnormalities. However, this does not mean that adults can self-medicate with meningitis symptoms. This disease requires immediate medical attention.

Consequences of infection( headaches, weakness) can be observed in adults for several weeks. Therefore, after serous meningitis, rehabilitation is extremely necessary. It allows you to restore the body and strengthen the immune system weakened by the disease. It is also necessary to adjust the central nervous system and improve the outflow of fluid. Rehabilitation activities include the following:

Also, patients are offered sanatorium treatment( usually in such cities as Sochi or Crimea).Sea water has a beneficial effect on the body and increases its resistance to infections and recovery opportunities. 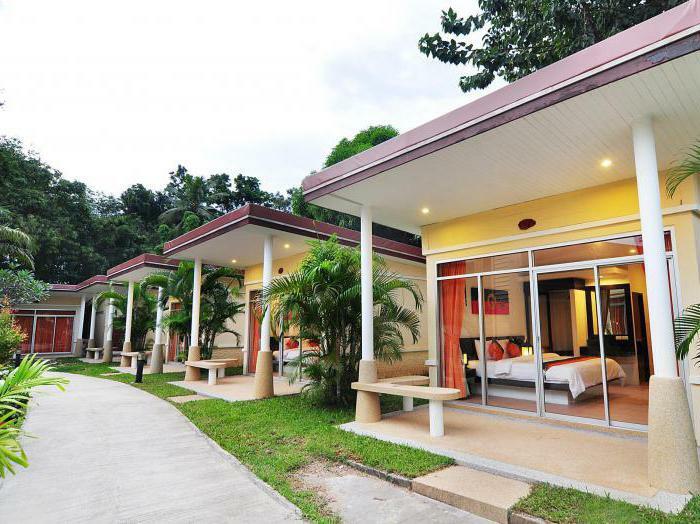 How to protect from meningitis?

This disease is contagious, and to protect yourself from infection, you need to take precautions, especially during a seasonal outbreak of infection. First of all, it is important to keep the room clean, regularly wash the floor, ventilate the rooms. Products( especially vegetables, fruits and berries) should be stored properly and must be washed before use. Since the causative agent of meningitis, the ECHO virus, lives in water bodies, bathing should be avoided during epidemics.

It is also necessary to fight rodents( mice, rats), as they can also carry the disease. Before walking in the woods it is important to protect yourself from the tick bite. Also, do not forget to wash your hands regularly, preferably with antibacterial soap. If someone from loved ones gets sick with this infection, contact with him should, if possible, be avoided, do not use his personal hygiene items, utensils. Clothes and bed linen belonging to the patient, it is recommended to carefully wash.

In the presence of infectious diseases( including children's diseases), they must be treated in a timely manner. It is also recommended to strengthen the body with vitamins, regular outdoor walks, balanced nutrition, healthy sleep, sports and tempering procedures. Since the disease is contagious, when epidemics occur, children's institutions and educational institutions temporarily stop their work, and they carry out a complex of sanitary, medical and hygienic measures to prevent further spread of the infection. With the outbreak of serous meningitis, quarantine in kindergartens and schools usually lasts at least two weeks.