Strangulated hernia is considered to be one of the most common complications of hernias. In medicine, the disease belongs to the field of acute surgery. In general, among problems with the abdominal cavity organs, the hernia occupies the fourth place, while the "top three" are formed by appendicitis, cholecystitis and pancreatitis. 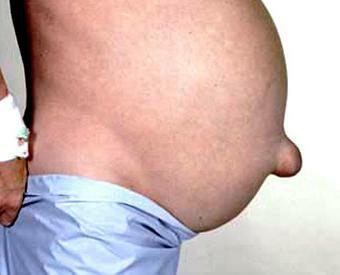 Why is a strangulated hernia formed? Doctors associate her appearance with the contents of the hernial sac, which is squeezed in the so-called "herniated gates."In modern medicine, it is customary to distinguish two of its varieties: primary and secondary. It should be noted that the first option is rare. As a rule, in a patient with predisposition, the primary strangulated hernia appears as a result of a great physical effort. Diagnosis in this case involves some difficulties. All other forms are included in the category of secondary. Among the most common can be called a typical classic infringement, which, in turn, also splits into two forms: elastic and caloric.

An injured hernia in 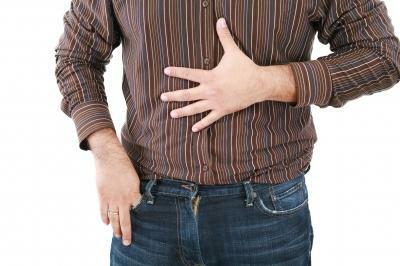 is also caused by excessive physical exertion. It is natural, therefore, that it is observed mainly in people of young and middle age, that is, those who are capable of such loads. Symptoms are as follows: the first stage is characterized by acute pain and swelling in the area of ​​the old hernia. Gradually it increases in size, and the pain becomes unbearable. The patient may also complain of severe nausea, which periodically goes into vomiting, and a delay in the stool. In especially serious situations, the pinching is accompanied by such signs as tachycardia, dry mouth, asymmetric abdomen.

What are the signs of a doctor usually diagnosed as "strangulated femoral hernia"?First, you need to pay attention to the pain syndrome. On the place where there was a hernia, a large swelling is formed, which for every touch responds to extremely unpleasant sensations. 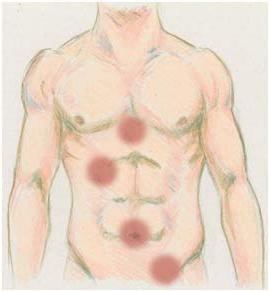 Much less common are such varieties of strangulated hernia, as near-wall and retrograde. The first case is observed mainly in small inguinal, femoral and umbilical hernias. Pristenochnoe infringement is rightly considered the most dangerous of all kinds, as it develops almost asymptomatically. The maximum that the patient can complain about is a mild abdominal pain. However, the lack of proper treatment in this case leads to the fact that the intestinal wall is necrotic, an opening may appear in the intestine, which in turn provokes the development of acute peritonitis. With retrograde infringement, the symptoms described above are more typical of intestinal obstruction than for hernia. In most cases, stigmatization is observed in the elderly. The intestinal loops, which appeared in the hernial sac, gradually bend, there the accumulation of stool masses, the stomach swells. Treatment of strangulated hernia is significantly hampered by intestinal atony, which is characteristic of many patients at this age.