Analysis for glucose: how to take, decipher the results

A blood glucose test for many people has long become an obligatory regular procedure. This is required by some diseases, including diabetes. It is equally important to do a blood test for glucose during pregnancy. In some cases, a simple home study with a compact device is enough, but sometimes you have to write to a serious laboratory. Under such conditions, a complex analysis is made for glucose. If the doctor has recommended to find out the exact level of sugar in the blood, do not need to pull it. Fortunately, the analysis itself requires very little time, it is almost painless and completely safe. 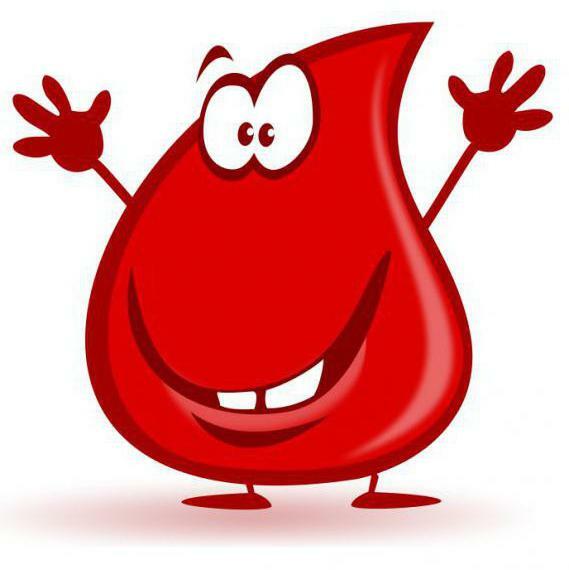 Glucose is a simple organic compound, sugar, which is an irreplaceable source of energy for the human body. The carbohydrates that enter the digestive tract are transformed into glucose and a number of specific simple substances under the influence of enzymes and other compounds, after which the digestive processes begin in the small intestine and saturate the circulatory system with the necessary components. Glucose through the blood enters different tissues, the cells of which use the compound to produce energy. At the same time, the substance regulates cellular activity, since the functioning is real only when the strictly defined level of the substance concentration is observed. Analysis for glucose allows you to assess the quality of blood and to understand the dangers of the state of the body.

The use of glucose in biochemical processes is due to the activity of the hormone insulin, normally produced by the pancreas. Through the release of the body, the body regulates the movement of glucose in the body, the supply of energy to cells that need consumables. If glucose in the blood is increased( the analysis helps to identify this fact), under the influence of insulin, there is an accumulation of energy reserves. Usually it is organized through triglycerides, glycogen. Accumulation is the area of ​​responsibility of fat cells. True, this is only true in a situation where the processes in the body are normal. It is necessary to understand that not only if the blood glucose is increased( the analysis will tell about it), but also if the index is significantly below the norm, it is associated with certain dangers for the person. Insulin, glucose are indispensable compounds for the normal functioning of the human body, the pledge of vitality of which is the balanced content of these elements.

process Normally, immediately after eating, the amount of glucose in the plasma blood components rises. The pancreas in response to the process produces insulin, and the values ​​return to the average. The amount of insulin produced is determined by the composition, volume of products delivered to the digestive system. 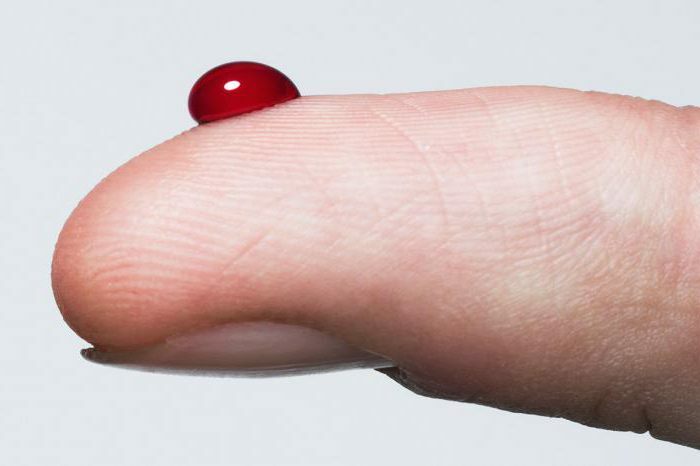 Sometimes the results of tests for glucose show that the level after the arrival of food falls abnormally quickly. In a healthy person, this is observed after intense physical exertion or fasting, stretching for several hours. In this situation, the body produces glucagon. The pancreas also responds to this hormone. Its effect on liver cells is as follows: glycogen is formatted into glucose, the concentration reaches a normal level. But so the process takes place only in the body of a healthy person, when the liver and pancreas work in an adequate mode.

Doctors recommend that you regularly take a blood test for glucose( normal in adults - 4-6 mmol / l), since the concentration of the component is important for human health. If the pair of hormone and simple sugar functions normally, then the concentration of the component under consideration is stable, but if the balance is broken, a sharp increase in the amount of sugar is possible. Body systems can respond to such processes in several ways:

When is it dangerous?

Biochemical blood glucose analysis is usually prescribed when there is a suspicion of redundancy or a lack of simple sugar. Both these states are dangerous, can provoke a lethal outcome, as the functionality of systems, organs is disrupted. In some cases, an incorrect amount of glucose in the blood leads to severe brain damage or provokes someone. Chronically elevated level( to reveal it will help regular delivery of glucose analysis) adversely affects the work:

The chronic form of glucose deficiency is dangerous for HC, the human brain.

The norm in the analysis for glucose in women is not always observed in the period of gestation. The phenomenon was called "gestational diabetes".In the absence of correct medical support of the body, this condition is associated with a risk of glucose deficiency in the blood plasma in a child at birth. As can be seen from the medical statistics, after the birth of many, diabetes goes by itself. 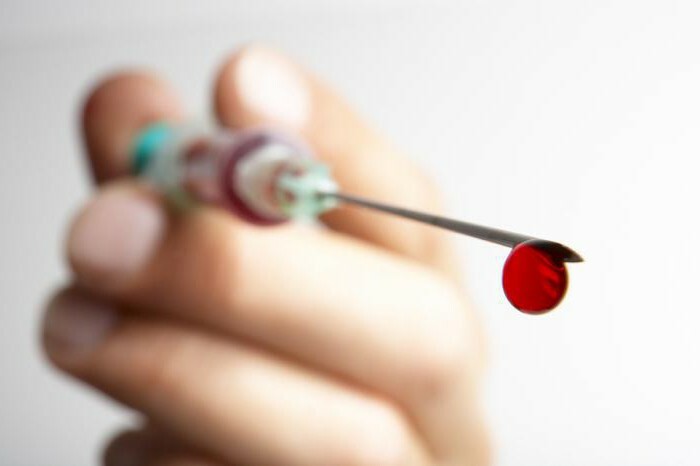 The doctor will tell you how to take the glucose test, writing out the direction for a laboratory examination. This measure is carried out with suspicion of increased or insufficient concentration of simple sugar in the circulatory system. When suspected of diabetes mellitus for the constant monitoring of the condition of patients with this diagnosis, it is also necessary to regularly make specific laboratory examinations, monitor the change in indicators at home.

Sometimes the event is organized as an element of a comprehensive oral GTT test.

If suspected of diabetes mellitus, the test is performed on an empty stomach in the morning. In addition, it is recommended to clarify the results with a glucose tolerance test. To obtain a sufficient amount of information for correct conclusions, it is necessary to conduct research twice - at different times.

During pregnancy, almost all future mothers are tested for the form of diabetes, possible in such an "interesting" position. They reveal temporary hyperglycemia in the period of 24-28 weeks of fetal gestation. 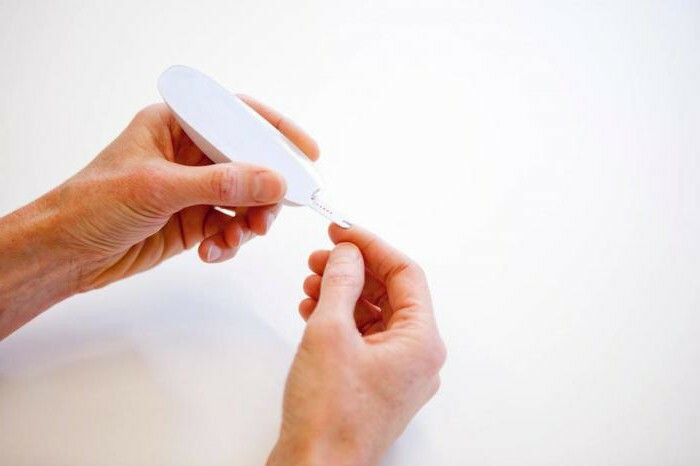 If the norm is exceeded in the glucose test or if the parameters were significantly lower, this condition persists, the doctors make a decision regarding the diagnosis of the disease. If you detect diabetes, you will have to constantly monitor how high the glucose level in the circulatory system is to keep the internal organs with medications. Assign special pills, hormone insulin in the form of injections. As a rule, during the day several times control how much deviations from the norm are felt. Having formulated the diagnosis, the doctor will necessarily write out a reminder to the patient regarding the standards permissible for him, and also indicate in which situations urgent medical assistance is required. Not everything is determined only by generally accepted indicators: much depends on the characteristics of the organism of a particular person.

At home, the content in the circulatory system of glucose is usually checked with a special device designed for everyday use. Often it is equipped with test strips, although the most modern products work without them. To determine the level of sugar, a small droplet of blood is needed. However, one must understand that such products do not give the same accuracy as laboratory tests, and the indications will be only one parameter - sugar, while a specific study in the hospital will give a complete picture of the blood condition.

It's time to panic?

If a person is prescribed an analysis for sugar, it seems different that this is a serious reason for panic. This opinion is erroneous: the doctor recommends checking if there is a suspected pathology. That is, there is a chance that, based on the results of the information received, the diagnosis will be the absence of disease. Often, the analysis is carried out in the framework of preventive work with a wide range of people: at present in our country there is a national program for the timely detection of dangerous, widespread diseases. The first symptoms of diabetes are rather weak, many do not pay attention to them, which was the reason for the introduction of such a large-scale program. It is believed that a regular examination should be carried out by all persons aged 45, as well as overweight or having a genetic predisposition to pathology. 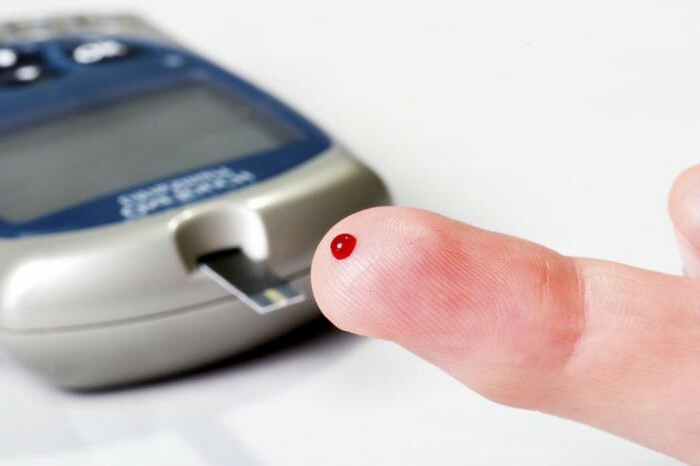 Having received the interpretation of the analysis for glucose, you should not even try to determine for yourself whether there is a disease or not. Only a doctor can understand specific data. In addition, based on only one study, it is too early to draw conclusions: first you need to collect the necessary amount of statistical data and only then determine if the person is sick and what exactly.

Suspected high blood sugar can be on the following symptoms:

On the lowered index indicate:

As soon as you start to worry about such symptoms, you should immediately contact a doctor and make a blood test for glucose. When a condition characterized by an increased likelihood of developing diabetes is identified, a set of preventive measures is prescribed and the frequency of testing is determined. The more the deviation of the index of sugar concentration in the circulatory system is from the norm, the more frequent the repeated checks. Regular diagnostics should be observed. 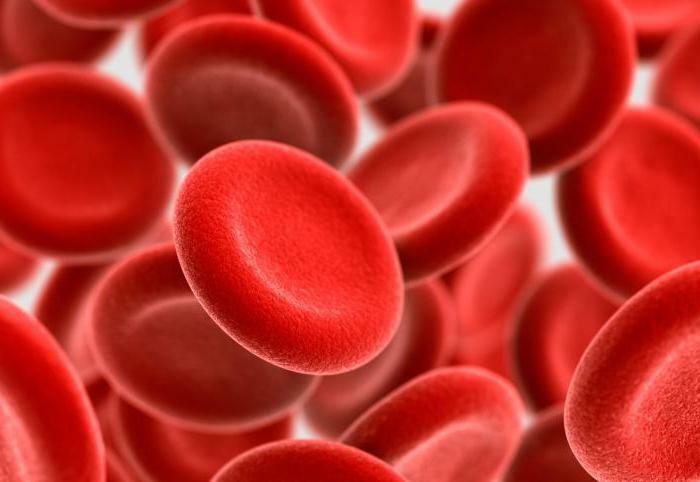 Some special cases of

If doctors have identified diabetes mellitus, it is necessary to do not only a test for glucose concentration, but also an analysis for glycated hemoglobin. This will help to make a complete picture of the processes occurring in the body. The doctor will be able to assess how actively pathology develops, to predict how the patient's condition will change in the future, what measures need to be taken to ease the negative impact of pathology on human life.

Sometimes, an analysis for sugar, insulin, C-peptide is prescribed. The study makes it possible to understand how correctly insulin is produced. During pregnancy, the check is organized near the end of the gestation period. If diabetes was diagnosed during this period, each subsequent fetal bearing involves a constant blood test for the sugar content, regardless of how many times the woman will give birth. In addition, it is necessary to monitor the glucose level for some time after the birth of the baby.

Depends on age. The average parameters are as follows( the glucose level is indicated in mmol / l):

Reasons for increasing the concentration of

Often the increase in blood glucose concentration is observed due to the following factors: 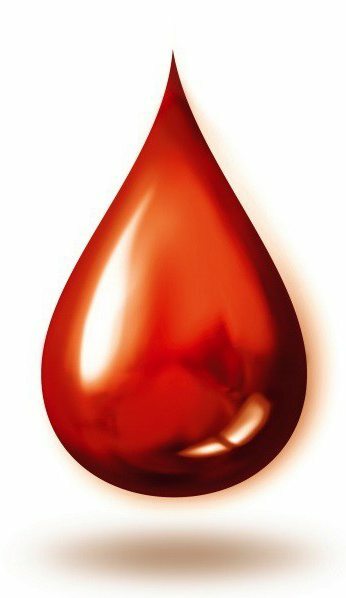 Some of the medicines taken in long courses influence the sugar concentration:

Reasons for reducing the amount of sugar

This situation can lead to:

How does this happen?

Biological material for laboratory testing is obtained from a vein or from a finger. The specific option depends on the research objectives. When checking the sugar level at home, a sample from the finger is enough. In laboratory research, the results are usually ready on the same day or the next. In general, you can drink only non-carbonated water before you pass the test fluid.