Anomaly of limb development: what to do if the child has six fingers or toes

Have you ever heard of people with "extra" fingers? And maybe they saw them? Notes on children and adults, who have six fingers on their hands or feet appear quite often. The Internet is full of photos of people with unusual limbs, and the townsfolk tend to attribute this feature to the category of deformities or illnesses. So whether this congenital defect is terrible, it is possible to understand, only having learned the reasons of appearance of additional fingers. 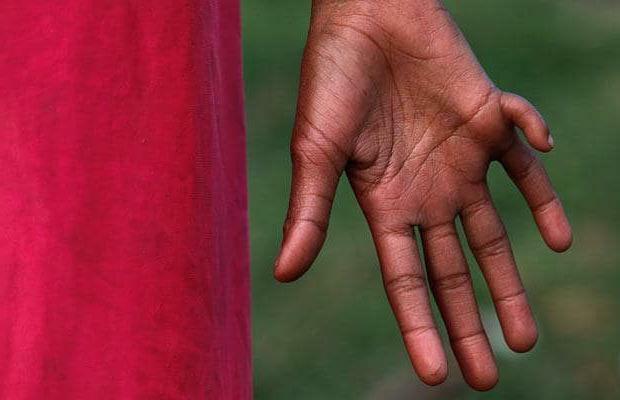 Polydactyly - this is the name of a congenital anomaly of an anatomical nature that manifests itself as additional fingers on the soles of the feet or on the hands. Statistics say that out of every five thousand newborns, one has deviations in the number of fingers and not always this defect manifests itself symmetrically.

Congenital changes in this developmental abnormality can occur in several variants:

The situation when a person has fully functional six fingers on his hand( photo below) is a rarity. In India, such children are born more often than in other regions, so this feature there is a separate item in the police questionnaires. As a rule, it is impossible to operate and even control the subordinate phalanxes, and people with six fingers on the hand are subject to corrective operations. 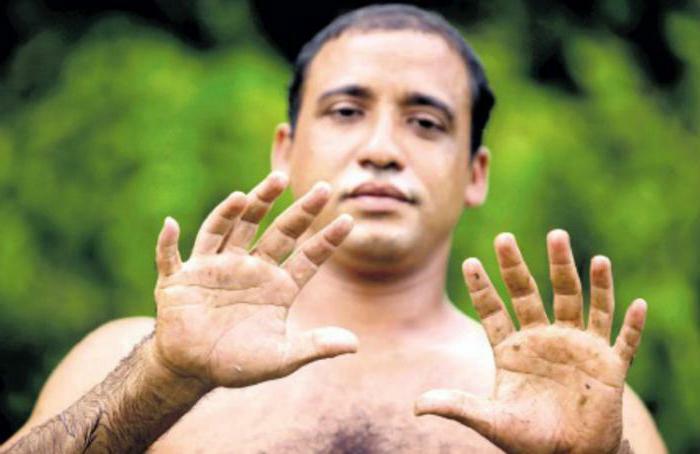 Teratogenic exposure to chemicals on the fetus( taking some drugs pregnant) can cause a violation of the order of cell division and the formation of tissues, organs. In the case of congenital polydactyly, the action of toxins is exerted by the rudiments of finger phalanges.

The heredity factor, according to doctors, is the main reason for the appearance of additional fingers. Often in the family pedigree, you can trace the inheritance of this defect and its appearance through a generation or in a series of several generations in a row. Genes that cause polydactyly, dominant, and therefore, are manifested when they are present in the genotype. But it happens that, due to incomplete penetrance, the defect still remains hidden.

Isolated polydactyly does not carry additional threats to the body, but polygamy often manifests itself in complex gene or chromosomal disorders. Scientists know of up to 120 syndromes, the sign of which is six fingers on the hands or more( syndromes of Patau, Lawrence, Meckel).

Diagnosis of polydactyly in newborns

Immediately after birth, the baby is examined by a pediatrician or neonatologist. Therefore, when a child with six fingers on the arm or leg is born, the diagnosis is made immediately. 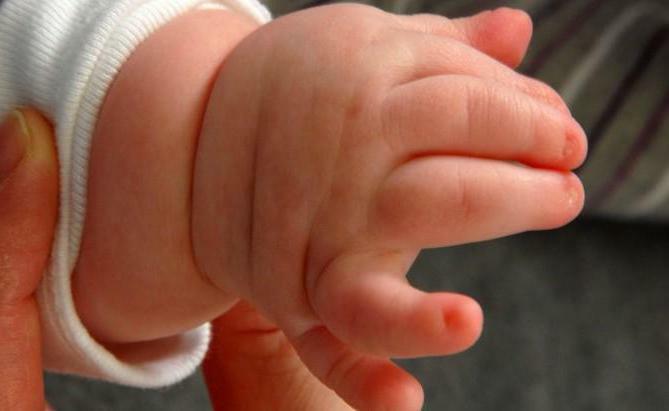 To determine the methods of treatment, the doctor needs to set:

After this, the method of treatment is chosen. It consists in the operative removal of superfluous fingers, so that a child who has six fingers on his hands or a deformed foot can develop normally without feeling psychological and physical infringement. The doctor determines at what age it is better to perform the removal, and also whether plastic surgery is needed to restore the aesthetic appearance of the limb.

Features of the genesis of polydactyly affect the amount of surgical intervention. For example, the skin fold, which is blood-filled with capillaries, is easy to remove. And if six fingers on the hands are accompanied by appropriate changes in the pastern, then not one operation is required. And in cases of full functionality of the "extra" fingers, it may be decided to leave it as it is. 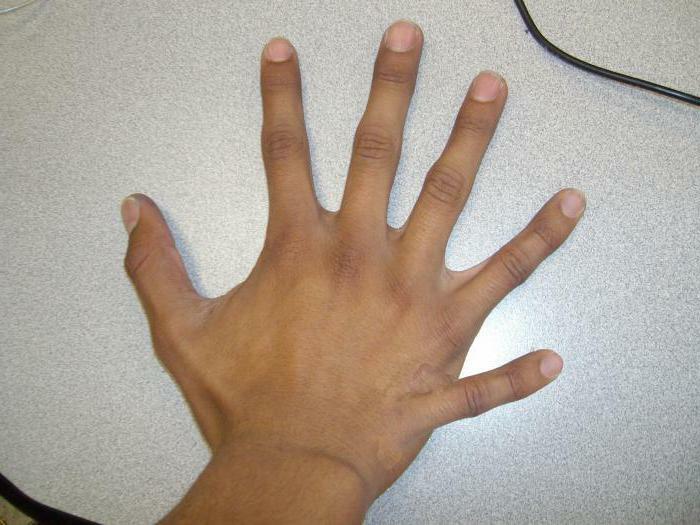 There are times when a large vessel feeds two partially separated fingers. Then removal without taking into account this feature can lead to subsequent violations of blood supply.

When all studies are completed, an operation is performed. Sometimes it is preceded by therapeutic treatment, but such cases are rare. Typically, the attending physician insists on the treatment of polydactyly at an early age, most of the operations are performed in the first month of the child's life.

Delay only complicates the situation, because the bones and surrounding tissues in children grow rapidly, experience a certain load. The earlier the plastic is made, the fewer secondary deformations will have to be combated.

It is recommended to remove any extra fingers on your feet. A large load on the foot when walking in combination with polydactyly leads to further deformity of the limb, pain and problems with the selection of shoes.

On hands, especially if all the fingers are well developed and the brushes are symmetrical, this feature will not be much of a problem. Unless you have to order gloves from the tailor and catch curious looks.